Gi-su (Min-ki-Lee) is a former motorcycle gang member who now works as a courier by day and rides by night. Okay, he rides during the day, as well. After witnessing the random bombing of an office building, Gi-su gets the posh gig of going over to pick up rising star A-rom (Yen-won-Kang), of the all-female group A-OK, to take her to the studio for a concert appearance. Once he arrives to pick her up, he realizes that she's his ex-girlfriend from 6-years before. They broke up under dramatic circumstances. Well, she's in a successful music group and he's jocking a bike making deliveries.

It goes from being incredibly awkward to incredibly deadly when A-rom puts on Gi-su's helmet and a digital timer begins the countdown. Gi-su gets a phone call right on the spot from a mysterious stranger who orders him to make several deliveries to specific individuals in a specified amount of time. If he does not, the helmet bomb will blow them up. Making matters worst is that Gi-su and A-rom must stay within 10 meters of each other or the bomb will explode. They're literally joined at the hip, er, helmet.

Does this scenario sound familiar to you? It should, if I didn't know any better, I'd say that this was a goddamned Speed remake...with bikes! Hell yeah! Not only is Quick a high-octane chase film, but it's almost a satire of cheesy action flicks from the last twenty years or so. That, and the romance and comedic elements really work in rounding out the story.

I initially thought that the humor would be just loud screaming from broken-hearted women and what have you, but as the film progressed, I really enjoyed A-rom's character. Her comedic timing is spot on, and it doesn't hurt that she's cute as hell. Gi-su was our hero, who's a bit too serious at times, but quickly changes tone when the crap hits the fan. This is what makes Quick work on all levels. It knows what it is and makes no apologies. Hell, they even managed to pay homage to Michael Bay films. Watch closely or you'll miss the scene. Not really, it's pretty hard to miss considering it's one of the more outrageous scenes of the entire film.

I would say that if Quick had a much more graphic depiction of violence and more bloodshed it could almost be considered a "grindhouse" film. Since it doesn't, I can only label it "self-aware." It works on that level.

Quick will definitely appeal to Asian film fans the most, in addition to action junkies. It's a mash-up of Speed and Fast and the Furious, with some lighter comedic elements thrown in to smooth it all over. Stay tuned through the end credits for some crazy stunts gone wrong. Yes, lots of people were injured in the making of Quick. No, Jackie Chan was not involved in the making of the film.

Quick will be released on Blu-ray September 4th. 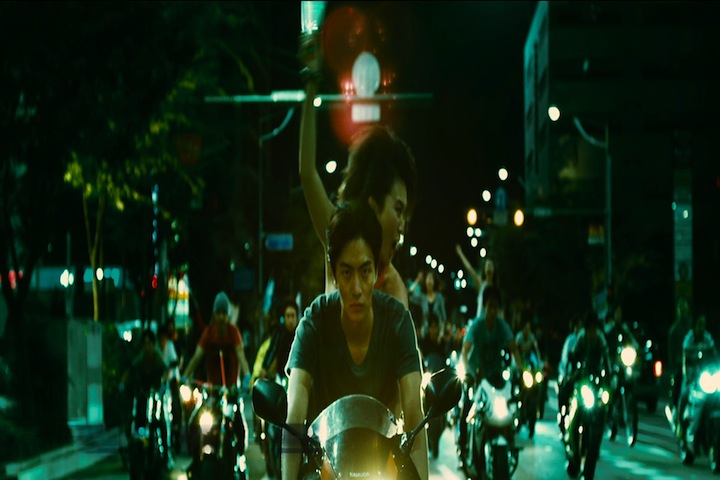 Quick is presented in 1080p, 2.35:1 widescreen. Quick absolutely ROCKS on Blu-ray! I could not believe how crystal clear the image was. Flesh tones are exquisite, black levels are deep and inky without any crush. Colors are bold and vivid. There are signs of softness here and there, but that's due to the inherent source of the obvious cgi in certain scenes. It's not an issue, because even those scenes are jaw-droppingly clear. Grain is consistent throughout and DNR is not intrusive. Edge enhancement is noticeably absent, and banding was never a problem. The overall palette reminded me of The Island, which was also a reference disc. 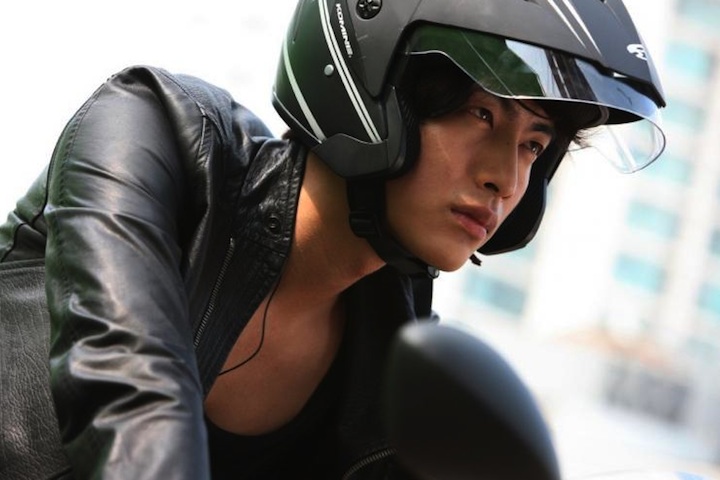 Quick is presented in Korean DTS-HD MA 5.1, with English subtitles. Again, this is a reference track. Dialogue is clear and comes through the center stage flawlessly. It's also a very special effects driven film, so explosions, car and motorcycle crashes envelope the entire viewing room. It's as if a giant grabbed me and shook the crap out of me before dropping me on the floor. You may want to double-check the volume controls, as well. I have my system levels where I like them, but had to turn it down just a smidge. The surround channels are also incredibly dynamic and you will hear and feel the constant stream of motorcycles whiz by your ears. The LFE also gets in a hefty workout in the low bass area. Watch out for those surprise explosions that seem to come out of nowhere. Quick really has an impressive soundtrack. 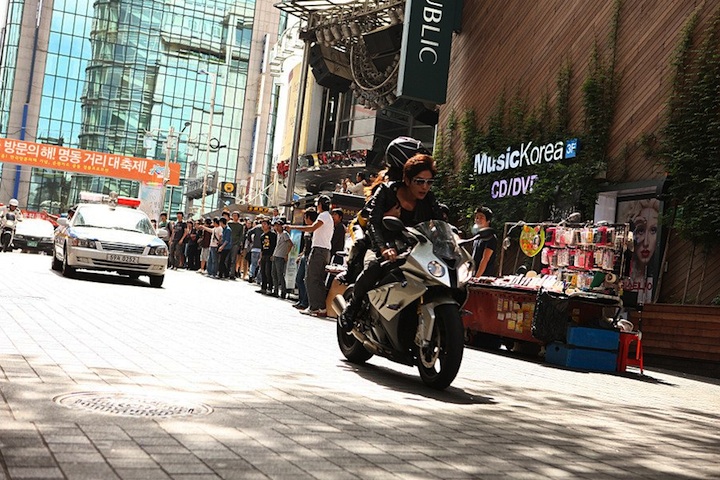 There are a couple of hours (combined) worth of special features on this Blu-ray, which include a one-hour documentary, visual effects featurette, making-of featurette, stunt featurette, and theatrical trailer. It's not a bad package at all. 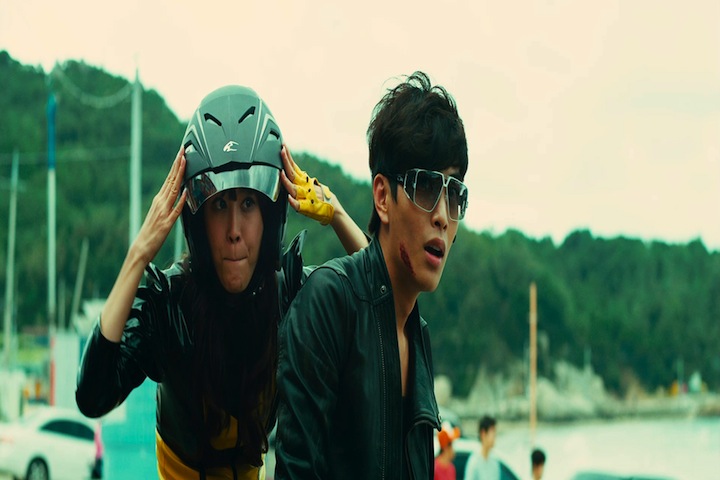 Quick was bloody awesome! It wasn't as grating as I thought it was going to be and the fact that it's completely self-aware makes it that much more enjoyable, in my opinion. They took the best action elements of action-genre pictures from the 90's until now and spun it on its head. Note the obvious nods to Michael Bay without turning it into a Michael Bay film - it's almost...charming. The technical specifications are DEMO-worthy, and the special features are above average. Shout Factory is quickly emerging as a powerhouse studio in the genre-films category with regards to their new Blu-ray releases.