Tonight's Episode: "End of the Line"

By 1976, actor and budding feature film producer Michael Douglas had outgrown series television, especially after One Flew Over the Cuckoo's Nest premiered during the 1975-76 season of The Streets of San Francisco, and later won all five top Academy Awards (Best Picture, Best Director, Actor, Actress, and Screenplay), a feat achieved only once before.

But to his credit Douglas remained grateful to the opportunities The Streets of San Francisco brought him, and though he decided to leave the series he agreed to stay on long enough to co-star in what originally was intended as the show's feature-length fifth season premiere. That episode also introduced Douglas's replacement, another up-and-coming talent named Richard Hatch.

The Streets of San Francisco might have continued indefinitely but the fifth season got off on the wrong foot. Originally Douglas's departure was to have been a Big Deal. Instead, at the last minute the two-hour premiere, "The Thrill Killers," was halved into a two-part story (broadcast a week apart), reportedly because ABC's programming guru Fred Silverman wanted to use Part 2 to hopefully pummel CBS's Barnaby Jones in the ratings. That strategy backfired, and Streets of San Francisco instead limped along and was finally cancelled at the end of the season.

A shame, really, because Hatch's character had potential, and while the show's writers don't seize upon this nearly as much as they could have, the Season Five is really no worse than those that had proceeded it, with several intriguing episodes interspersed among more routine but still entertaining ones.

As with other recent CBS/Paramount releases, both volumes 1 and 2 arrived bundled together as a single unit. Retailers like Amazon are selling The Streets of San Francisco - Season Five as a complete season set and broken up into two volumes. 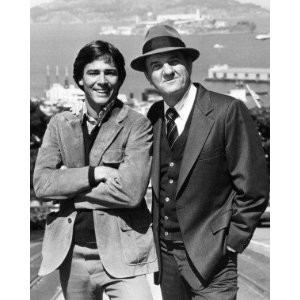 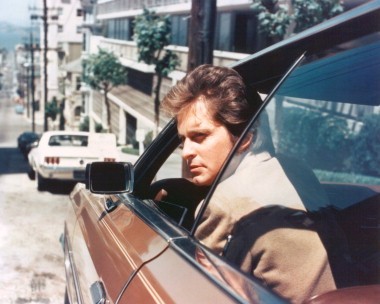 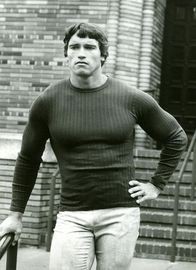 In the two-part (and inaptly titled) "The Thrill Killers," all Hell breaks loose during the trial of Charles Manson-type figure when a group of his followers (led by Patty Duke Astin and including Susan Dey, Ron Glass, and Anthony Geary) kidnap the entire jury pool, threatening to execute them one-by-one until their leader is released. (The jurors include Tina Chen, Norman Fell, Jan Clayton, Dick Van Patten, Joseph Wiseman, Paula Kelly, James Hong, Barry Sullivan, and Doris Roberts).

Steve is critically wounded when Dey's character, a single mother less dedicated to the cause, panics and shoots Steve when he spots her at a payphone. Dan Robbins (Hatch), a rising star at the SFPD, assists and consoles a distraught Mike through the remainder of the investigation and rescue of the surviving hostages.

(Mild Spoilers) It's all an intriguing jumble of 12 Angry Men and Raid on Entebbe, with a dash of Helter Skelter tossed in for good measure, and with Steve's wounding and ultimate decision to leave the force also similar to what happens to Reni Santoni's character in Dirty Harry (1971). It's also a well-written show, expressing one last time the father-son bond between Mike and Steve - their last scene together is actually quite touching - while at the same time serving as a strong introduction for Hatch's character. Dan gets to interact with Steve quite a bit, the two discussing their mutual hesitations in possibly having to fire on a suspect, Dan mining Steve for information about Mike, etc.

Dan is introduced as the department's golden boy who immediately impresses Mike and Steve with his proactive style and investigator instincts. He lacks Mike's and even Steve's experience but the makings of a great cop are already present. Steve, having learned from the best, really no longer needs Mike's fatherly supervision - he's ready to leave the nest - so the transition to Steve moving on and Mike getting a new pupil is a natural and logical one. The teleplays often don't take advantage of this unfortunately, with many playing very much like Dan's part was written with the Steve Keller character in mind.

Although Hatch got his start in daytime drama, it was guesting on primetime policiers and detective melodramas, often playing clean-cut youths tangentially entangled in some crime, where producers first began noticing him. After this he co-starred on the heavily promoted but quickly cancelled Battlestar Galactica, which proved a ticket to nowhere, at first. Hatch stuck with it, appearing on one unmemorable TV show after another while spearheading a huge fan effort to revive "Galactica" in the 1990s. Around this time I was invited to speak at a Science Fiction Convention, and after my presentation wandered into a huge room where several thousand fans gave a positively thunderous standing ovation to Hatch. "Richard Hatch?!" I asked myself. But then the mostly dumb and unoriginal Battlestar Galactica was revived but completely revamped, without Hatch's involvement, into the extraordinarily intelligent and creative 2004-2009 series. Hatch was by his own admission extremely bitter that all his hard-fought efforts had come to nothing, but eventually agreed to appear on the new series, as terrorist-turned-politician Tom Zarek. It was in many ways the best role of his career up to this point, an extremely complex, morally ambiguous figure quite unlike anything he'd played before.

Back on The Streets of San Francisco it was largely business as usual, but a few Season Five episodes stand out, none more than the fascinating "Dead Lift."

Arnold Schwarzenegger, in his first of just two series television appearances, plays Josef Schmidt, an Austrian émigré and body builder hypersensitive about his looks. When a young college student, an amateur sociologist, laughs uncontrollably when he oils up and poses for her, he becomes so enraged that he literally shakes her to death. Later he becomes romantically involved with a wealthy socialite (Diana Muldaur), an odd couple match anticipating Schwarzenegger's own marriage to Maria Shriver. Muldaur and Shriver even resemble one another.

Watching Arnold blow his top over insensitive snickering directed at his "art" (he likens bodybuilding to Greco-Roman sculpture) has the makings of a high-camp classic but the show, written by Larry Brody, instead plays as remarkably authentic and is genuinely disturbing. Brody may not have known Schwarzenegger personally, but Josef's background and unhappy, insecure childhood probably coincidentally mirrors Schwarzenegger in some respects.

More intriguingly the show captures the simultaneous fascination-revulsion of bodybuilding, with Josef and others adopting it as an all-consuming way of life while others laugh it off as grotesque narcissism. Though steroids are never mentioned, and Josef (as Schwarzenegger had) insists his body is simply the result of a good diet and exercise, Josef's short fuse and paranoia certainly plays as if steroids were a factor, and only make the episode more real and timely in retrospect. A prescient show.

The full frame format Streets of San Francisco looks great, bright with strong color and impressive clarity. Disclaimers note that "some episodes may be edited from their original network versions," but the shows I looked at seemed complete, unaltered, and not time-compressed. The set we received is composed of two volumes containing all 24 episodes spread over six discs. The Dolby Digital mono is fine. There are no Extra Features.

It took many months but this series grew on me eventually, and I'm delighted to see CBS/Paramount speedily getting these and other shows in their deep-catalog library out on DVD. Recommended.