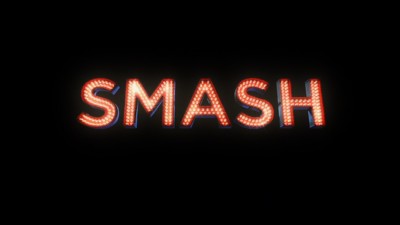 Here's an interesting idea for a new television series: make something that focuses on a group of producers, directors, actors, writers, and composers as they attempt to put together a Broadway musical show. Oh wait... that's been done? It has been now.  That is the main element to the Universal and NBC television series Smash. It's a show about making a musical and it is all about the people who are working together to pull it together as they attempt to make it into something spectacular: a smash hit.

The series follows the making of a Broadway musical based upon Marilyn Monroe's life. The cast of Smash consists of some superb musical and acting talents: Debra Messing, Angelica Huston, Katharine McPhee, Megan Hilty, Jack Davenport, Christian Borle, and more. Each actor has something special and unique to contribute to this series and the plot-line evolves while two performers, Karen (McPhee) and Ivy (Hilty) compete over the role of Marilyn. Derek Wills (Davenport) is the director of the musical, and we follow his work along with that of music composers Julia (Messing) and Tom (Borle). Everyone must learn to keep a pace with the producer fighting for a comeback, Eileen (Huston). 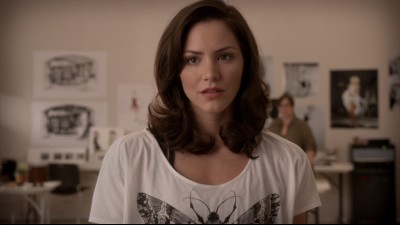 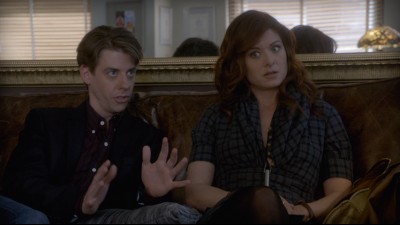 Smash is both focused on the dramatic elements of the process and on the main characters that make up the theatrical world of wonderment. This series can sometimes be an over-the-top or overly dramatic creation but it can (and usually is) an edge of your seat thrill ride in making a Broadway musical. Yes, that's Smash in a nutshell. Smash is all of that and so much more too.  It's about the fun and glamour of the cha-cha-cha and the frustration and crisis of things going amuck during the production. The series focuses on the positive while also centering upon the negative of a big theatrical creation and it makes the show all the more fascinating as a result.

Each week is a creatively thrilling adventure as the series develops its storylines and characters. You are constantly wondering as a viewer what direction the series might take next and how it might affect the Broadway production. Spielberg always said he wanted to direct a musical. It hasn't happened yet. However, he can now say that he is an executive producer of one of the most creative series on television. It's a bit surprising to realize that there wasn't a television series like Smash before but it's also thrilling to realize that musicals are alive and well (and even on television, where you can visit the characters and storylines on a weekly basis too). 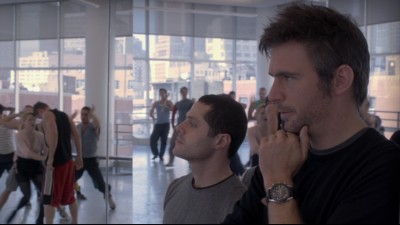 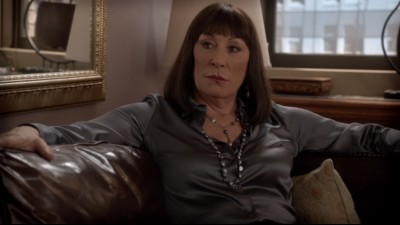 The series is unique and inspired (even with other series like Glee offering musical elements). Creativity thrives on Smash. The choreography by Joshua Bergasee is fantastic, and it really delivers. The actors in Smash also work well with the varied song and dance numbers and perform eloquently. Everything seems to flow so much better as a result.  Combine all of Smash's dance numbers with the beautiful cinematography by M. David Mullen and it's undeniably unique as a visually wondrous creation.

One of the best things about the show is the music. This isn't such a bad thing to say when considering the fact that this is a musical television series. The original songs are all from grammy and Tony award winning composers Marc Shaiman and Scott Wittman. Singing remains a key element to the series and the actors/musicians bring these uniquely crafted compositions to life in a way that is completely compelling. 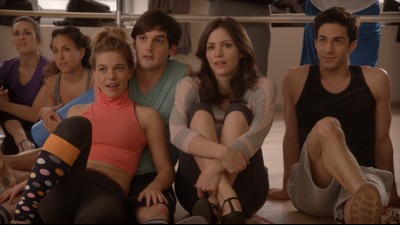 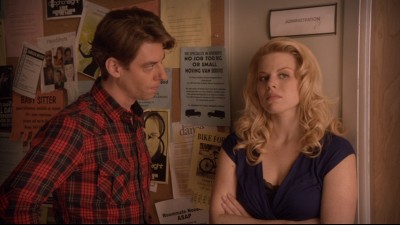 We can all thank Steven Spielberg for this show (at least on some level) because he was the individual with the idea of making a television show focused on the behind-the-scenes work involved in making a musical, and with an emphasis on the creative side of things. The series was then created and developed by Theresa Rebeck and was also further developed by Robert Greenblatt.

Smash ended up becoming one of the best television series of the 2012 season. It's one of television's most ambitious projects at the moment and one can only hope that the series continues to be as exciting, original, and unique as it was throughout season one. Smash eventually might become one of the most beloved series in TV history if it can keep this momentum going strong. It's going to be interesting to see where the show takes things going forward. 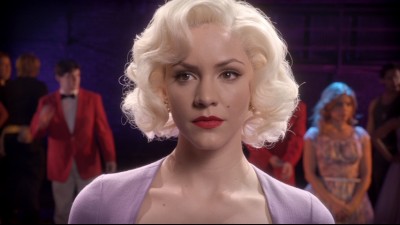 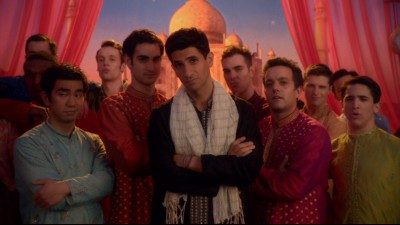 Smash is presented in the original television broadcast aspect ratio of 1.78:1 with anamorphic widescreen enhancement for 16x9 televisions. Smash is a lush series with many beautiful and impressive scenes featuring stellar art design and use of color for all song and dance numbers. This is an absolutely visual show when it comes to any sequences highlighting dance and the theatrical. It's too bad the series hasn't received a Blu-ray release (which would have been a perfect fit for a musical series), but the DVD's present the series in a serviceable way with a good quality presentation that is standard for a modern television production.

The 5.1 Dolby Digital audio sounds pretty impressive as a whole and really helps to highlight some of the songs throughout the season. There is adequate depth and the surrounds are often utilized engagingly. This series and DVD release features a clean, clear, and impressive sound design that makes the experience more enveloping.

English SDH subtitles (for the deaf and hard of hearing) are included.

Deleted and Extended Scenes (including some extended musical numbers), a gag reel, and two brief behind the scenes featurettes (one exploring the season as a whole and the other exploring the series music). This is a rather slim amount of supplements for a season set release but these supplements should still be of interest to Smash fans. 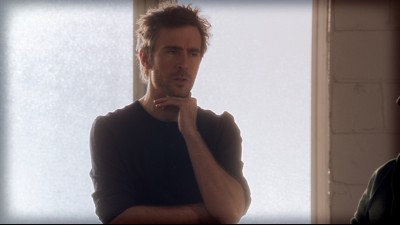 Smash is one of the best television series of 2012. It will be fascinating to see where the series takes audiences next with the second season, premiering in February 2013. This first season will be worth experiencing prior to the new season for any series newbies and current viewers will want to add Smash: Season One to their DVD collection because it's an excellent show well worth owning. The only downside to this release is the lack of a Blu-ray option for those with High Definition televisions as the musical aspect is well suited to the higher-resolution and sound clarity of Blu-ray. Regardless, this is a wonderful series with memorable and impressive performances, music, and artistry. It's well worth adding to a collection for any and all musical fans.