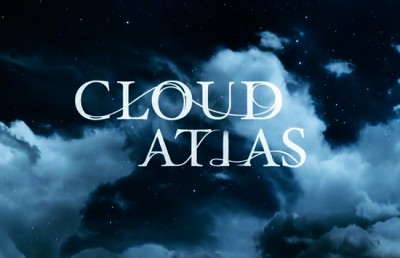 Upon reading about the making of Cloud Atlas, I had a curious reaction to the news: a mixture of excitement and wonderment; a wonderment that was both an example of my sense of awe at the filmmakers ambitions and that of someone who was wondering if it was possible a gigantic box office bomb and critical failure was what was in the works. Cloud Atlas may still yet turn out to be a box-office failure -- that depends on word-of-mouth and how many people make it to see it in the theater. I am confident, however, that this is one of the most successful artistic endeavors in cinema history. And ultimately, the box-office numbers mean squat when it comes down to art.

Cloud Atlas sounded ambitious from the beginning because it was something different from what audiences have come to expect from Hollywood and even from the filmmakers responsible for making this altogether unique creation: the Wachowski's (creators of The Matrix Trilogy) and Tom Tykwer (Run Lola Run). Cloud Atlas is based upon the novel written by David Mitchell. This was a book many believed impossible to make into a successful film. Unfortunately, I haven't read it yet, but it is surely an amazing source material for the film to have been so remarkable. The Wachowski's and Tom Tykwer are impeccable filmmakers and they are perfectly in synch for this adaptation. 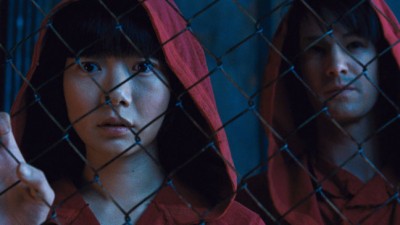 Before you even begin to dig further into this review, I might as well say that I don't intent to get into the machinations of the plot itself and the unfolding of the storytelling. This is an experience that requires a great deal of concentration and that should be discovered like any good story. The film is so magical, so relevant, and so wonderful... that merely going into plot-details seems sort of unnecessary. This is the type of story that you should discover yourself and having a reviewer spell out the basic ideas of the storylines found in Cloud Atlas would take away some of the joy of experiencing the story for the first time.

Just know that the film features great performances by Jim Broadbent, Doona Bae, Tom Hanks, Halle Berry, Ben Whishaw, Hugh Grant, and so many others. You might also want to recognize that the score by Tom Tykwer and frequent collaborators Reinhold Heil and Johnny Klimek was perfectly composed and eloquently suited for the film. Or perhaps you are also intrigued by how massive a scope the film has through its cinematography by Frank Griebe and John Toll? These elements in filmmaking technique and style are uniformly impressive. That's not even with any previous mention of the impeccable special effects or the lush landscapes... 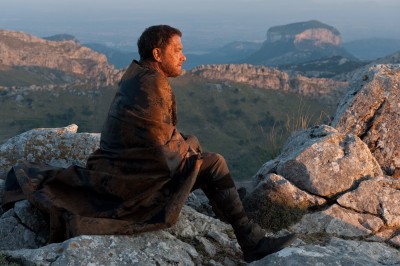 The story of Cloud Atlas is difficult to try and explain to someone. On the surface, it's a story about different times, lives, and paths taken. The film unfolds different stories at once. But it's really about how everyone is connected: how each person is capable of both good and bad, and how a good decision - an act of kindness, for example - can ripple through time and have good impacts on future incarnations. The movie is playing with the idea of multiple-lives, and of how everyone on this planet is connected. We are all as one and together. There is no division of race, of gender, of any boundaries that are normally defined by human beings as having any particular meaning. Cloud Atlas is a film speaking out for the unity of all.

The message found in the story of Cloud Atlas is one of the most beautiful messages I have ever seen in film: everyone deserves to experience love and freedom, and that everyone is connected. Everyone shares a commonality in life. Even in moments of great despair and moments of great hope and bliss, we share a common human experience: life is something that lives and breathes in each of us and we are there to experience our lives and moments in a way that can transcend time itself. It may sound hokey to some audience members, but this is one of the most unifying and transcendent messages any story could possibly hope to convey. 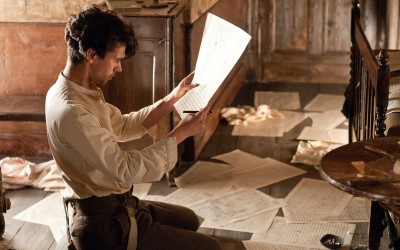 Cloud Atlas examines injustices given to human beings as the result of ignorance and hatred against those of a different race, gender, and sexual orientation and it says to its audience: no living thing, regardless of origin, deserves to be discriminated against and hated. Everyone is equally deserving of living a life of love and unity.

It's true that all human beings are capable of both good and bad. This is a point that the film makes abundantly clear. Yet it is the film's hopeful plea for compassion and unity amongst everyone that makes this film and its story something completely different from the studio-filmmaking norm. It speaks to the audience as a unified soul; a unified spirit. Watching the storytelling unfold with an audience is a magical experience too. 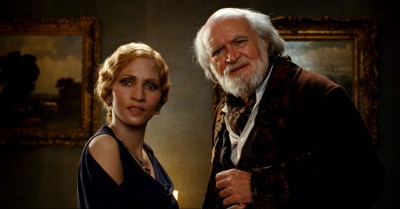 Cloud Atlas could have been a gigantic mess of a film. After all, the story essentially blends multiple narratives into one unified storyline and it does so in a way that skips through time, space, and location like no other story. The film follows characters in the past, present, and future as they experience their connected lives. As I said, it could have been a gigantic and disappointing disaster. I was partially holding my breath and hoping that the film wouldn't disappoint me on an epic-scale.

The great news, the surprising news, is that the film does succeed at being one of the most uniquely satisfying and ambitious movies in over a decade.  Films like Cloud Atlas are in essence the reason we go to the moves in the first place: it's a celebration of life, a visual wonderment, a voyage into the hearts and souls of humankind, and a film that marvels in ambitious, thought-provoking storytelling. After all, isn't storytelling one of the essential elements of human nature? People love to tell stories, share them; and experience stories themselves. Storytelling is a universal part of humanity. 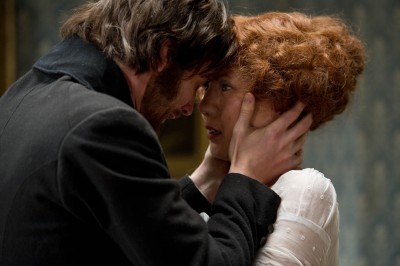 If audiences genuinely like creatively ambitious, unique, intelligent, and exciting motion-pictures that aren't sequels or relatives of other franchises (a comic-book film is becoming of a staple of the industry, after all) then one can hope Cloud Atlas becomes discovered by a larger audience. Usually, I don't make a call to audiences to see a film in this fashion in any of my reviews but here's a film that deserves it: everyone should experience this movie at least once.

Everyone is connected. In life, regardless of our time or our space in an ocean "full of drops" (to quote Cloud Atlas), we all share a common experience. We must strive to be good to others. As we share kindness and love, we will receive kindness and love... and these moments can pass along in a stream of time into the lives of others. Cloud Atlas is a metaphor for life itself, and something that aims to make it clear that everyone walks or swims along the same stream. It doesn't have to be a stream of inequality. It can be a stream of unity and of peace, and it can ultimately bring us love and happiness for ourselves and for others. How's that for cinematic worth?  Cloud Atlas is a movie made from the heart: a deeply-felt and wonderfully-realized vision for the world. 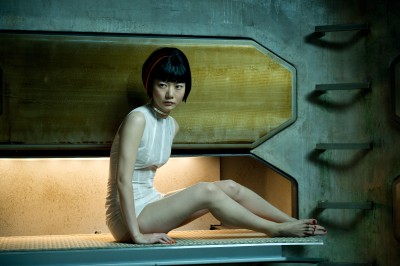 Film fans who love the experience of "event" movies will cherish seeing Cloud Atlas on the big-screen, even if they walk away from seeing the film with a need to debate the movie amongst their fellow film-aficionados. It's an experience that should be seen on the big-screen to fully appreciate the sheer scope and ambition of Cloud Atlas.

Film-lovers are lucky that something as bold and creative as this was made today. Cloud Atlas will become a film discussed by movie lovers across continents and across time.  It will even become a film that is referred to as not only one of the best films of the year 2012, but it will ultimately be known as one of the best films of the decade. It's as amazing as cinema can be. Make an effort to see this one on the big-screen.  Cloud Atlas is worth it. 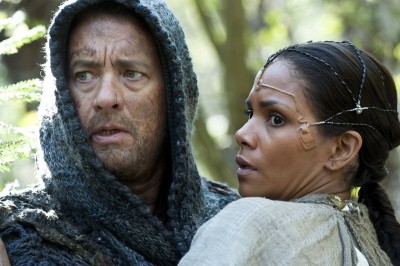