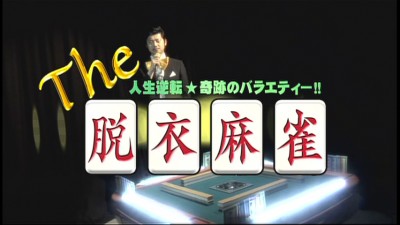 
The Movie
To tell you how miserable my experience with this film was, you need to know that before experiencing this pointless Saw-wannabe, I had spent a lovely morning with my daughter watching Brave. Then, with the house to myself, I popped in this film, hoping for an explotative bit of trash that would distract my reptilian mind for a short while. To go from the heights of animated greatness to the depths of schlocky sex thrillers is a disorienting trip, but it's even worse when your destination is not only bad, it's also boring and rather dumb.

Part of the problem might be my fault. After all, I know basically nothing about mahjong. In my head, mahjong is that game on your computer where you match tiles until there are no free tiles left to play, and for some reason it's wildly popular with older Asian women. Well, apparently mahjong has more in common with poker, or at least that's what I learned from this film, as you can apparently bet on both, they involve a heirarchy of winning hands and both are deathly boring to watch being played. It's been amazing to see, in my lifetime, the game of poker being played on ESPN alongside legitimate athletic competition, and heartwarming to see it fall from favor in recent years. Mahjong seems just as thrilling as poker, but somehow even more confusing. Yes, watching it with subtitled Japanese commentary couldn't have helped my comprehension, but man, I just don't get mahjong. Perhaps if I did, this movie would have been a bit better, but I very severely doubt it.

The story follows four woman abducted by McKato, a crazed game-show host assisted by his masked gimp sidekick and Ranran, a possibly mentally-ill woman wearing a maid outfit and a permanent smile. Together, they put these four women into a televised, high-pressure game of strip mahjong, where the winner gets $10 million, while the losers are killed. Along the way, secrets from the women's lives are revealed...because. There's some sort of Saw-like game of redemption that's apparently intended, but if there's a reason for this situation outside of getting these ladies naked, it's the film's true mystery. 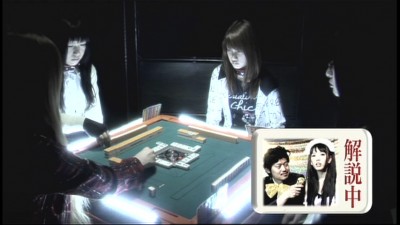 Each time one of the girls is on the losing end of a hand, she has to lose a piece of clothing. Now, she could just take it off, but where's the fun in that? Instead, McKato and his masked partner have a variety of bizarre methods for revealing captive flesh that are increasingly ridiculous, including a simple pencil used in a not-so-simple way. The whole things is presented like it's one of those strange Japanese game-shows, complete with over-the-top on-screen graphics and anime-style bursts and freeze-frames, giving it the potential to be a really out-there parody (with Ranran set up as a breakout star of manic proportions.) But it is missing a few key elements, namely an engaging storyline, quality production and good performances.

Perhaps if you're a mahjong fan, watching four women play a few rounds is entertaining, but this film managed to provide me with the unusual experience of being bored with a quartet of naked Japanese women. I can say, unequivocally, that this has never happened before and I truly thought it was impossible. It didn't help that no one's performance, with the possible exception of Ranran's unique, yet one-note madness, was more skillful than Tommy Wiseau performing with Elizabeth Berkley in The Showgirls Room. Admittedly, I don't understand Japanese, but that's how bad these performances are, as they managed to cross oceans of language and comprehension to make me cringe at their unconvincing cries of pain and joy and awkward inner monologues. On top of that, the whole film, which takes place in approximately two and a half sets, looks like I shot it in my basement with the help of my daughter's first-grade class serving as set designers. 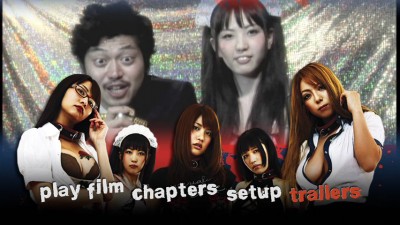 The DVD
This one-disc release arrives in a standard keepcase. The disc has a static anamorphic widescreen main menu, with options to play the film, select scenes, adjust the set-up and check out some trailers. There are no audio options, though subtitles are available in English.

The Quality
This is a low-budget movie that's mimicking TV and the anamorphic widescreen transfer looks it, with an image that's a touch murky and soft, while the color is appropriate, though limited thanks to the minimal sets. It's a very uneven look, as the mahjong table is brightly lit, sometimes washing out the players, while other scenes are dismally gray. Outside of the issues witht he source materials, the presentation seems fine, and is basically free of compression artifacts.

There's not a lot to listen for in the Dolby Digital 2.0 track, as there's not a lot to the film's presentation, resulting in a mix that's clean and clear, and center-balanced. Most people won't be able to understand the dialogue anyway, but hey, it sounds good.

The Extras
The only extras are a handful of crazy Danger After Dark trailers. 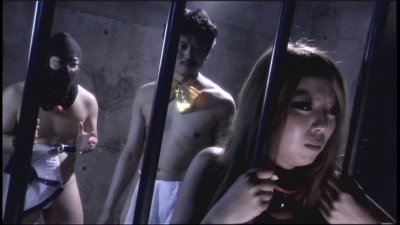 The Bottom Line
Come on. You haven't figured this out yet? This movie is historically bad, and there's nothing about the OK quality, lack of extras or boring female Asian nudity that will redeem it. If it shows up on Netflix and you have NOTHING else to watch, sure, give it a spin to experience the insanity, but otherwise, steer clear.