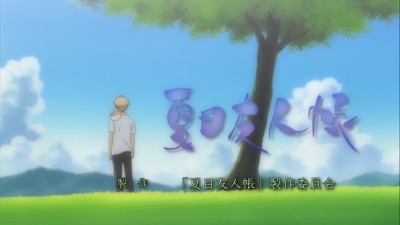 Natsume's Book of Friends is an anime adaptation of the original manga by Yuki Midorikawa. The anime adaptation is from director Takahiro Omori (Baccano!, Durarara!!) and the series began airing in Japan in 2008 and aired in four seasons through to 2012. It's an episodic, fun, and generally lighthearted show about a character who can see yokai spirits.

The story is about a young man named Natsume and his adventures (or misadventures?) as he sees yokai spirits that often chase after him due to his resemblance to his grandmother Reiko. Natsume has the same book that his grandmother used to collect the names and sprits of the yokai, and this is a book that Natsume doesn't seem to want to have anything to do with. It doesn't take long into the series for him to decide that he wants to return the names of the collected yokai and to set them free from the book his grandmother created.

Natsume is not your typical teenager, and this is of course something that is clear from the get go. He is not typical in several ways, not only in consideration of the fact that he can see and speak to yokai and most teenagers (and adults) cannot do so at all. Natsume is a kind, mature youth of considerable decency when it comes to how he interacts with others. Natsume's kind determination to aid others is one of his greatest personal strengths. He is also deeply spiritual energy-wise and thus the strong connection to spirit beings on the show. 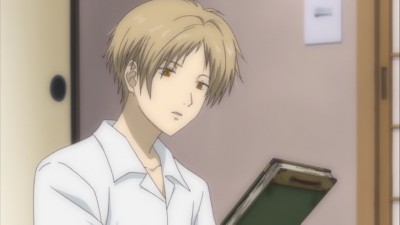 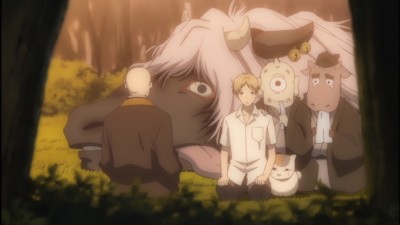 In the spirit world, the book of friends is a highly sought after item and one that holds a lot of value to many yokai spirits. There are other spirits who would like to possess the book solely because of what it could bring them in newfound powers and abilities. Natsume has no real interest in any of this power that could be attained from the book of friends.

Upon meeting a spirit who does care about the book's special powers, a charismatic and odd feline cat (a yokai sealed in a cat statue who then takes on the cat form), Natsume decides to enlist his help and promise the cat-yokai, Nyanko-sensei, the book upon his passing. The cat (might as well call him one!) responds favorably and decides to enlist his help to Natsume in working as a bodyguard of sorts for Natsume. A friendship and many a funny quip from that kitty-cat begins.

For the most part, this is a well done show. It actually reminds me a bit of Cardcaptor Sakura with the premise. This is of course somewhat hilarious when one stop's and considers how it technically is almost a polar-opposite plot-concept in execution. The ideas are similar but the stories themselves and the direction taken was quite different.

Serious anime fans will be inclined to appreciate the fact that this is a character-based show, and not altogether focused upon the plot machinations. It's a series with an actual story but it spends a lot more time on focusing on the character developments and these moments are at the core of the series. You learn more about Natsume and it helps the show achieve long-term success. This is a highly episodic series and one that will appeal those looking for a fun journey. The artwork impresses, the direction is sublime, and the characters are fascinating to behold and get to know. Natsume's Book of Friends is a true success as an anime series. 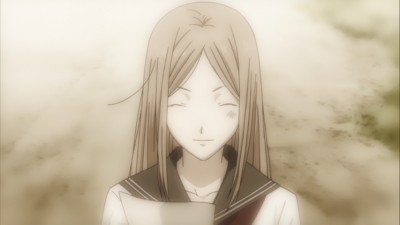 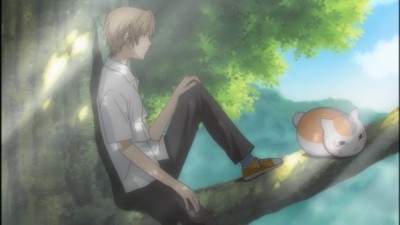 Natsume's Book of Friends is a beautiful looking series but the DVD presentation isn't one of the best I've seen. The image is a bit soft and the colors are sometimes less pronounced than I would have expected. However, the transfers are clean and seem to present the source material as well as can be expected. These 1.78:1 anamorphic widescreen transfers retain the original television broadcast presentation.

The audio is Japanese Dolby Digital 2.0. Subtitles are in English. The series has a fairly standard audio presentation that seems more focused on dialogue than anything else, but it does have good depth when it comes to music reproduction and occasional front-channel sound effects which are well utilized on the show.

NIS America is the most impressive new anime distributor to arrive on the scene for North American audience in ages, and the company has licensed all four seasons of this series for release over two Premium Edition DVD collections. This first collection contains the first and second seasons of the series. 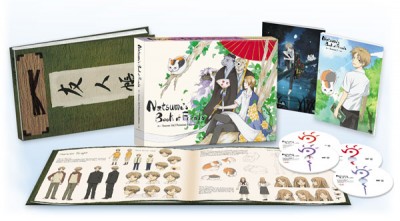 The series is housed in a collectible art-box with an art-book featuring the outer design of Natsume's book of friends (as seen in the series), an episode guide for the two seasons, an interview with the director, character designs, production artwork, and pages of full-page art from the series.

On-disc extras include clean openings and endings for each season and Japanese promotional commercials. 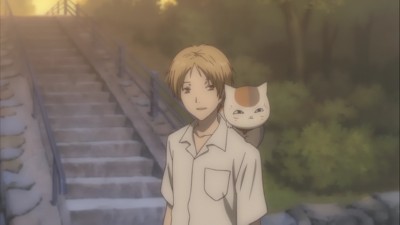 Natsume's Book of Friends is an entertaining series that is worth checking out for anime fans, and this premium edition DVD release from NIS America is a real winner despite the lack of many on-disc extras. The quality of the presentation is good and the packaging is amazing. It definitely is a release that deserves consideration.  For fans of the anime, this will be an easy purchase.  The set is well worth owning.