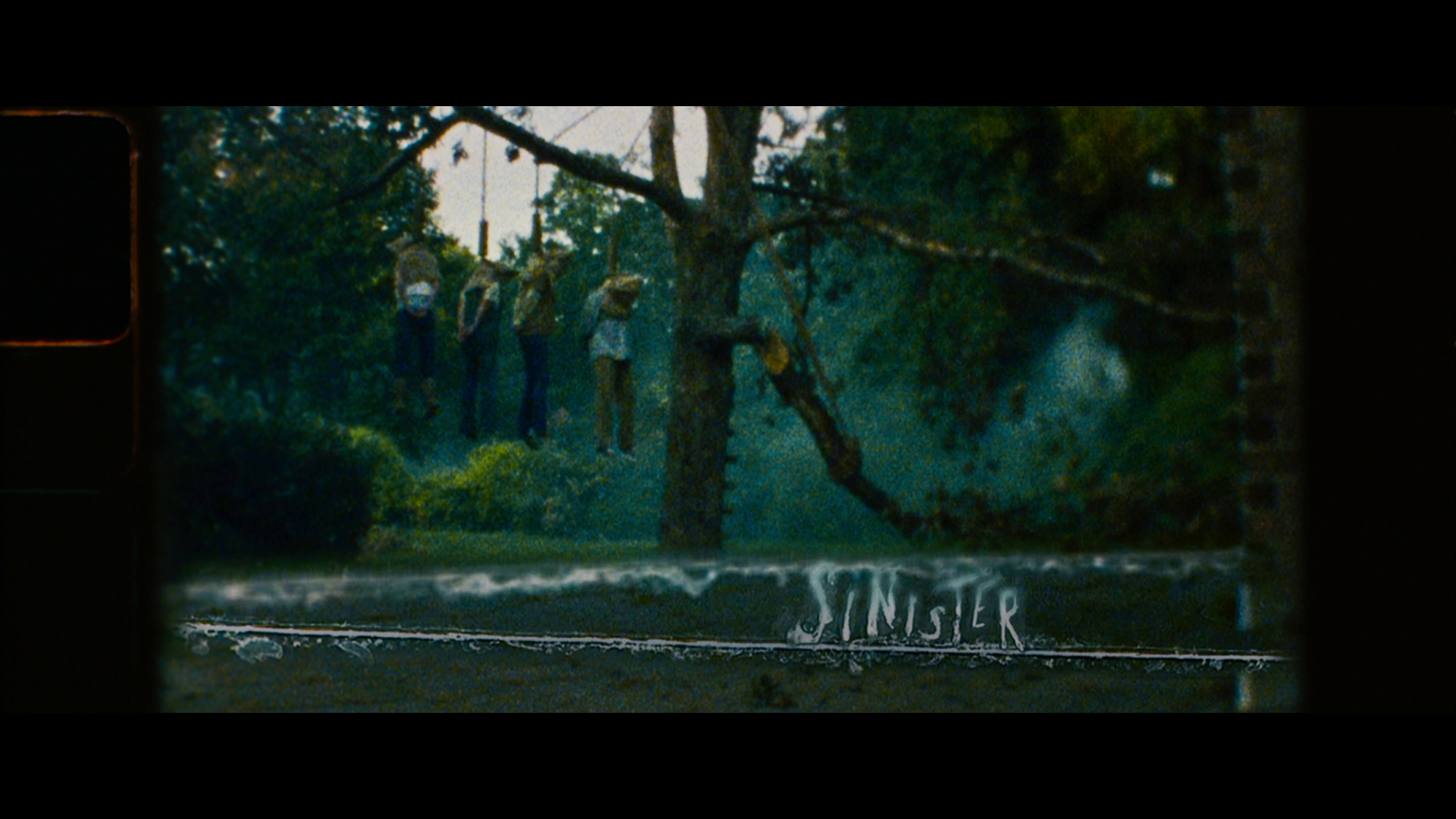 Rarely does a modern horror film fill me with the kind of dread that makes pedestrian scenes feel ripe for a jolt. Sinister, from Director Scott Derrickson, creates an impressively tense atmosphere without resorting to buckets of gore, and kept me unnerved for its entire length. Ethan Hawke plays a true-crime writer that drags his unwitting family to live in a home where four people were murdered. He uncovers a box of Super 8 snuff films in the attic, and each shows another family meeting a gruesome demise. Sinister embraces horror clichés and makes them its own, and brings the solid performances, story and scares missing from recent genre films. The frightening reels are the film's best trick, and prove equally shocking to the film's protagonist and its audience.

Ellison Oswalt (Hawke) desperately seeks to replicate the success of his "Kentucky Blood," which uncovered evidence from a murder that law enforcement overlooked. His follow-ups were duds, and he brings his wife, Tracy (Juliet Rylance), and kids, Trevor (Michael Hall D'Addario) and Ashley (Clare Foley), to a murder house in a last-ditch effort to salvage his career. Weeks prior, a family was hanged by their necks from a tree in the backyard, and the youngest daughter was abducted. Cops have no leads on the killer, and Oswalt has only begun to investigate when he uncovers the box of Super 8 films that show the hangings and several other grisly killings. In a nice bit of storytelling, the film has Oswalt forego calling the police because the town sheriff and other deputies were none too impressed by Oswalt's cop bashing in previous books. 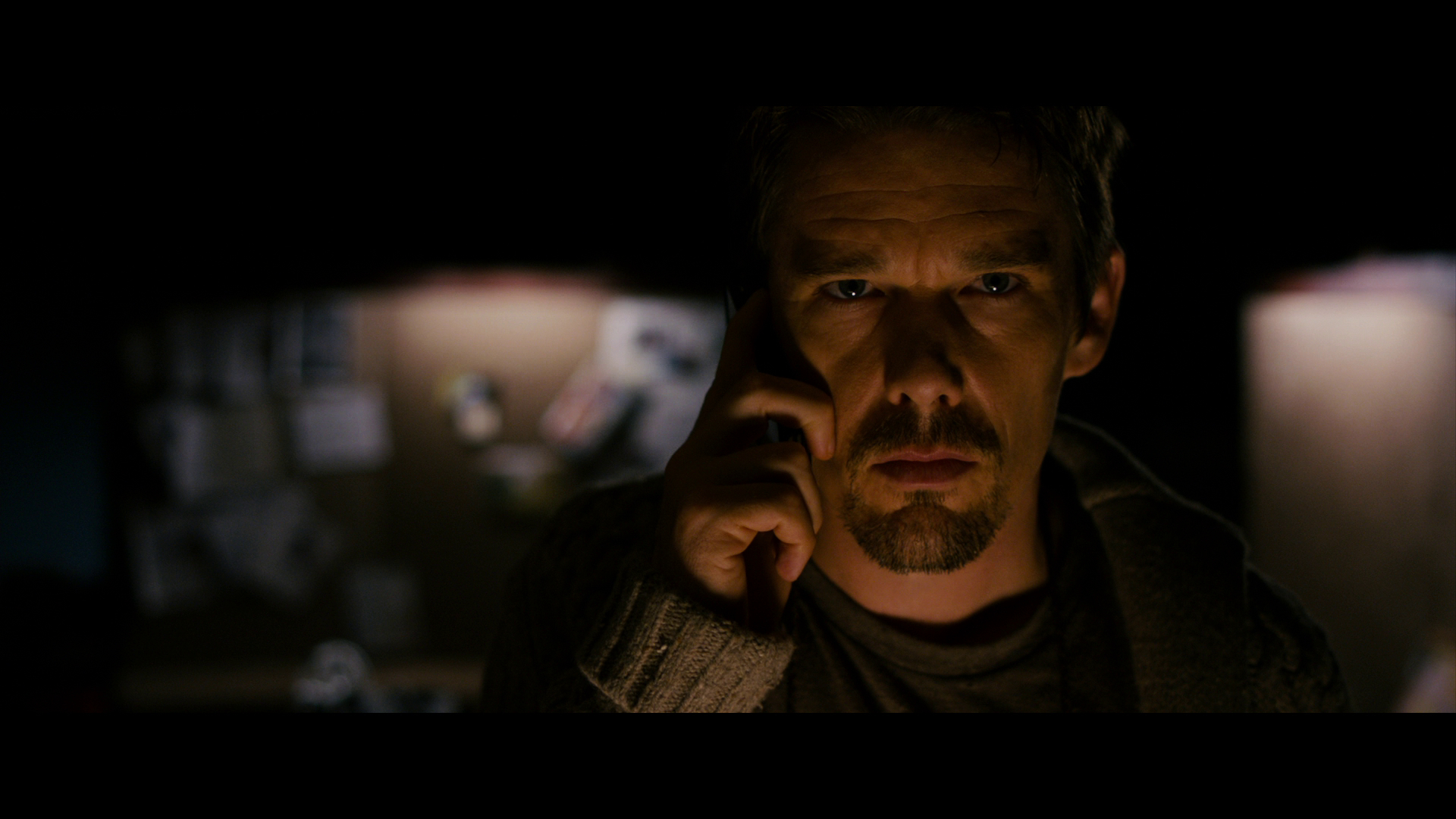 The reels are cheekily titled with non-threatening descriptions like "BBQ '79" and "Lawn Work '86." Their content is far less friendly, and Derrickson, along with Co-Writer C. Robert Cargill and Editor Frédéric Thoraval, crafts some nasty little murder plays. Oswalt watches the reels in the dark of his office - his wife makes him keep the door shut at all times so the kids don't see any of his research - and the confined space traps the audience in the shadow of death. Each reel is unique but not overly graphic, and the editing and staging are chilling. "Lawn Work '86" is particularly effective, and I literally jumped in fright in front of God and the rest of the audience when I saw Sinister in theaters.

The mystery deepens when Oswalt discovers symbols and patterns common to all of the films - including the appearance of a demonic figure - and the research begins taking a toll on his psyche. Sinister is not lacking in atmosphere, and Derrickson ramps up the tension to a fever pitch before the final reel unspools. There are a number of jump scares, but most are earned. Sinister plays with its audience, pretending to head toward an inevitable spook before making a hard right into an unexpected scare. The film purposely oversells its biggest scare with a deafening audible stinger, but does so only after tricking the audience into submission. The subsequent release is meant to be pronounced, and you'll scold yourself for being so gullible. 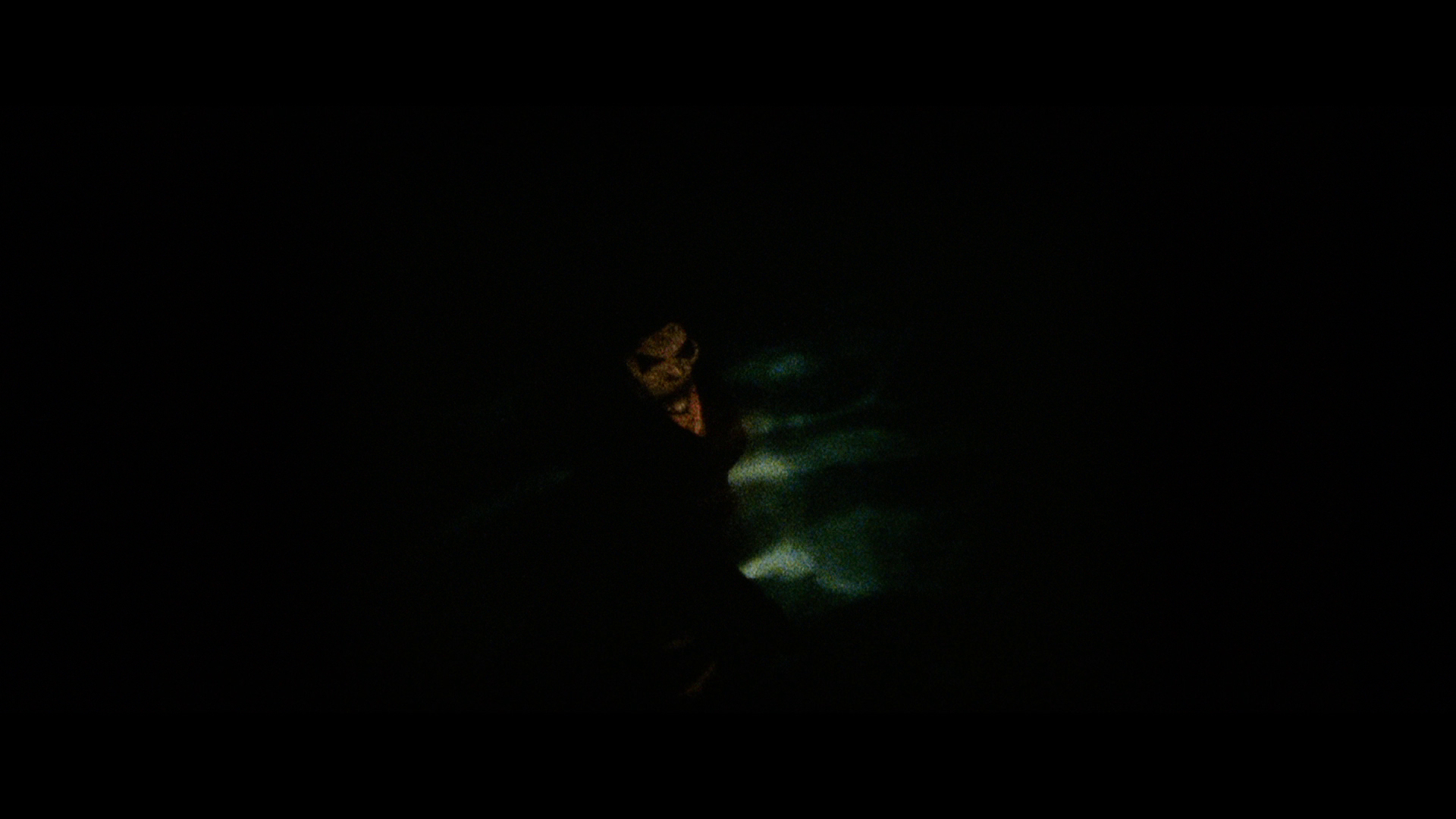 Hawke is a strong dramatic anchor, and his character is both inquisitive and skeptical. It's always nice to see good actors doing horror films. There are a couple of solid bit parts, too, like James Ransone's Norman Bates-lookalike deputy whose presence preys on the audience's fear of the unknown. Vincent D'Onofrio also stops by as a professor versed in the occult, and appears via Skype to help Oswalt. The creepy score by Christopher Young adds much to the film, and the tracks often imitate the slips and groans of Super 8 films. Derrickson proves adept at staging and scare delivery, and his frequent use of deep-focus shots had my heart pounding at what might suddenly appear in frame. Sinister shares elements of tone and atmosphere with Producer Jason Blum's other credits like Paranormal Activity and Insidious, but retains its own personality. Sinister isn't perfect - you may not like the ending - but it is a well-crafted horror film that actually frightens.

The 2.40:1/1080p/AVC-encoded transfer sports deep blacks and good shadow detail, which is important for a film with many dimly lit scenes. Contrast and clarity are excellent, and the image appears consistently sharp and detailed. Colors are well saturated, and skin tones accurate. Compression artifacts are nonexistent, and only occasionally do wide shots dip in texture and sharpness.

The 7.1 DTS-HD Master Audio soundtrack is totally immersive, and uses the entire sound field to frighten viewers. Dialogue is clean and balanced appropriately with effects and score. Ambient effects like wind and outdoor elements surround the viewer, and action effects are bold and well articulated. The subwoofer is frequently called upon to bolster the film's jolts and score. An English 2.0 Dolby Digital track mixed for "late-night listening" is also included, as is a Spanish 5.1 Dolby Digital track. English SDH, English and Spanish subtitles are available. 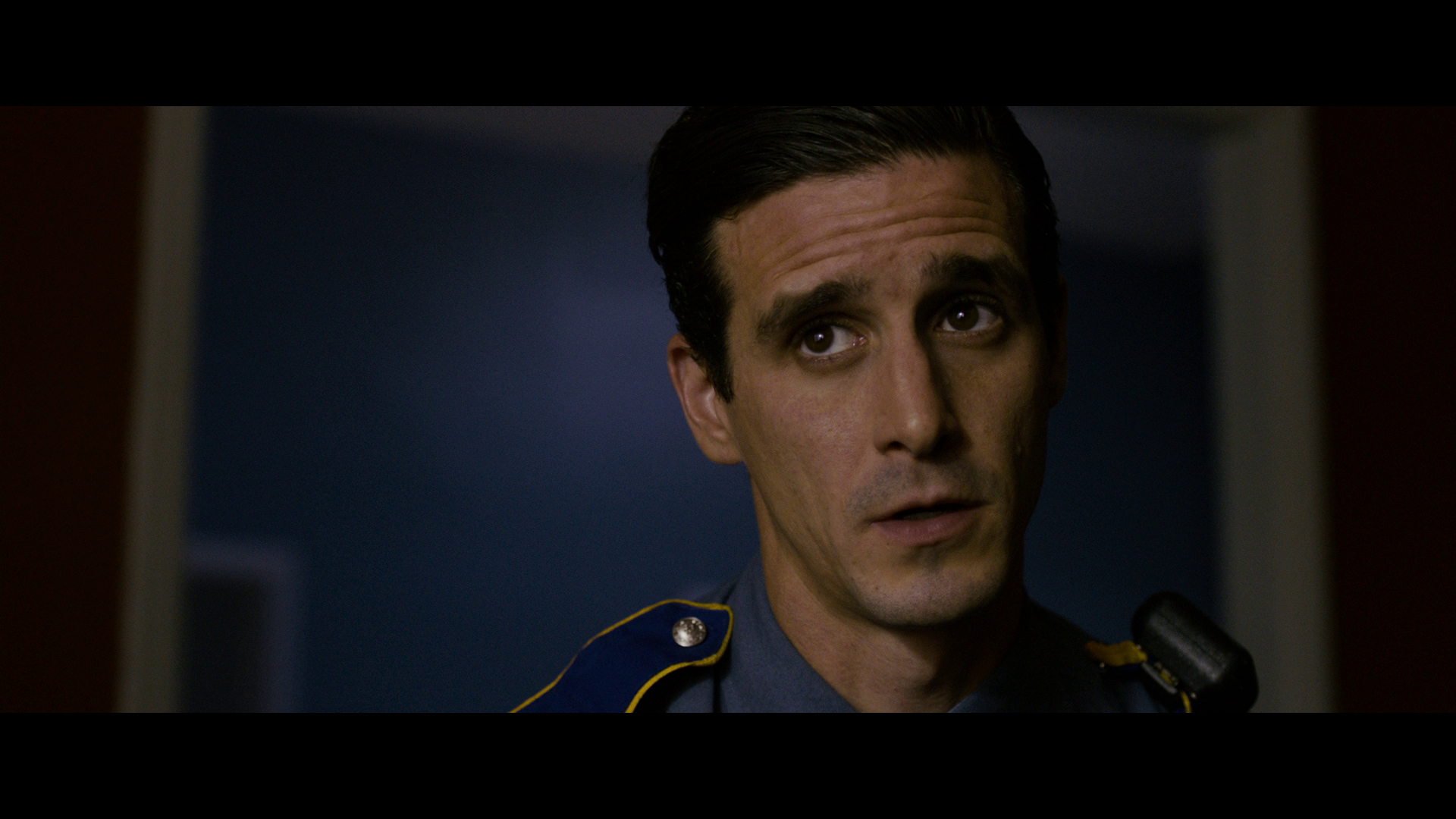 This single-disc release is packed in a Blu-ray eco-case and wrapped in a striking, shiny slipcover. An insert in the case provides codes to redeem iTunes-compatible and UltraViolet digital copies. Bonus features include a Commentary by Director Scott Derrickson and a Commentary by Derrickson and Co-Writer C. Robert Cargill. Both are excellent, in-depth discussions of the film, and there's little in the way of dead air. Some topics overlap, but Derrickson speaks mostly about filming on his solo track and talks about the script and crafting specific scenes when joined by Cargill. True Crime Authors (9:16/HD) is a quick piece about real-life crime novelists, and Living in a House of Death (11:32/HD) sees the extras crew experiencing unexplained phenomena in a murder house. Finally, you get a couple of Deleted Scenes with Optional Director Commentary (4:56/HD) and the film's theatrical trailer (2:32/HD).

Sinister is heavy in atmosphere and scares, and Director Scott Derrickson's film features a solid scare catalyst: a box of Super 8 snuff films that show grisly, unsolved killings. Ethan Hawke's true-crime writer drags his family to a new town to research a recent murder, and gets wrapped up in a greater conspiracy after finding the grisly reels in his attic. Sinister thrills with earned spooks and nicely timed jolts, and its score, editing and direction all are impressive. Summit Entertainment's Blu-ray is equally strong, and the package is Highly Recommended. 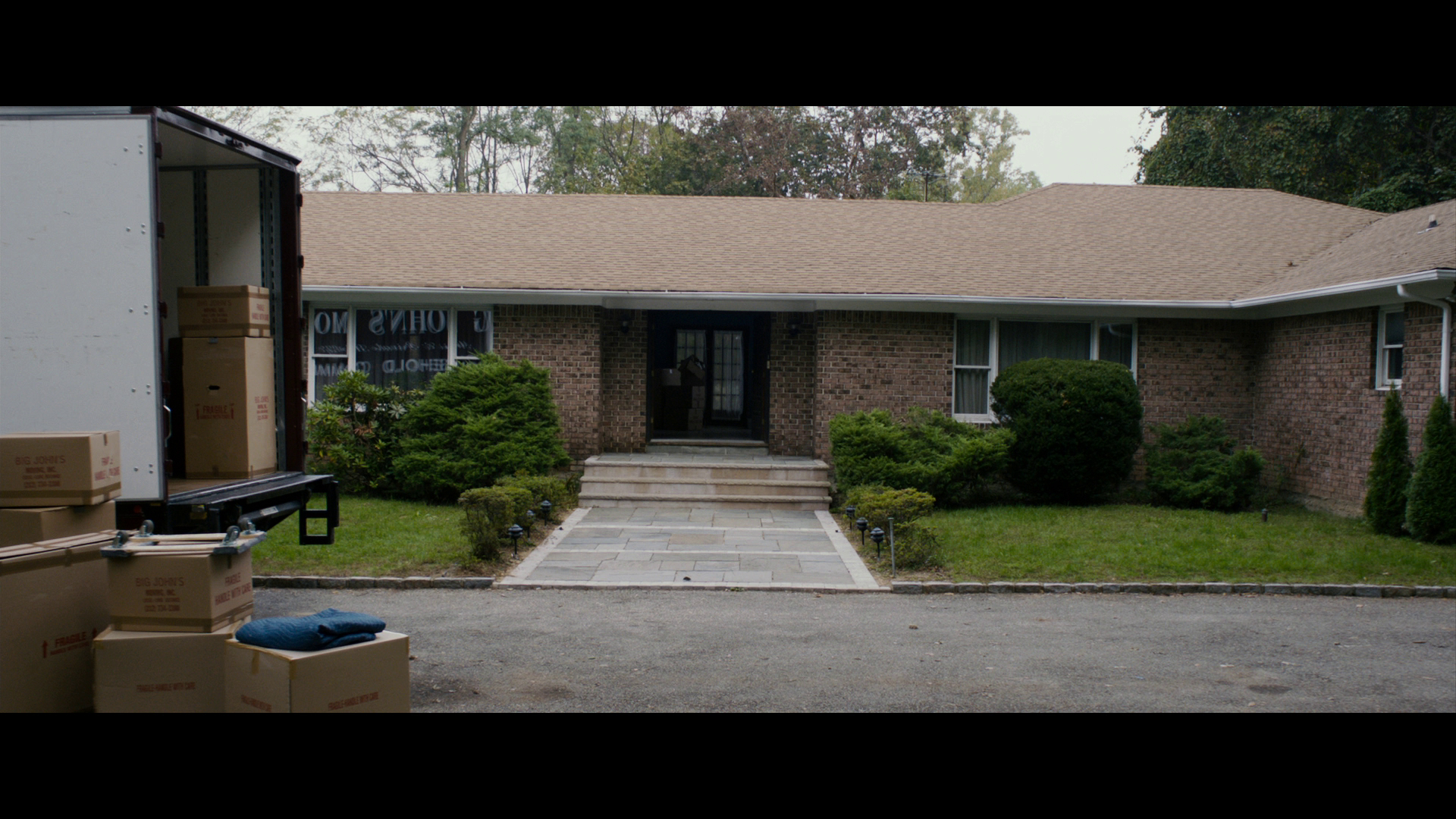 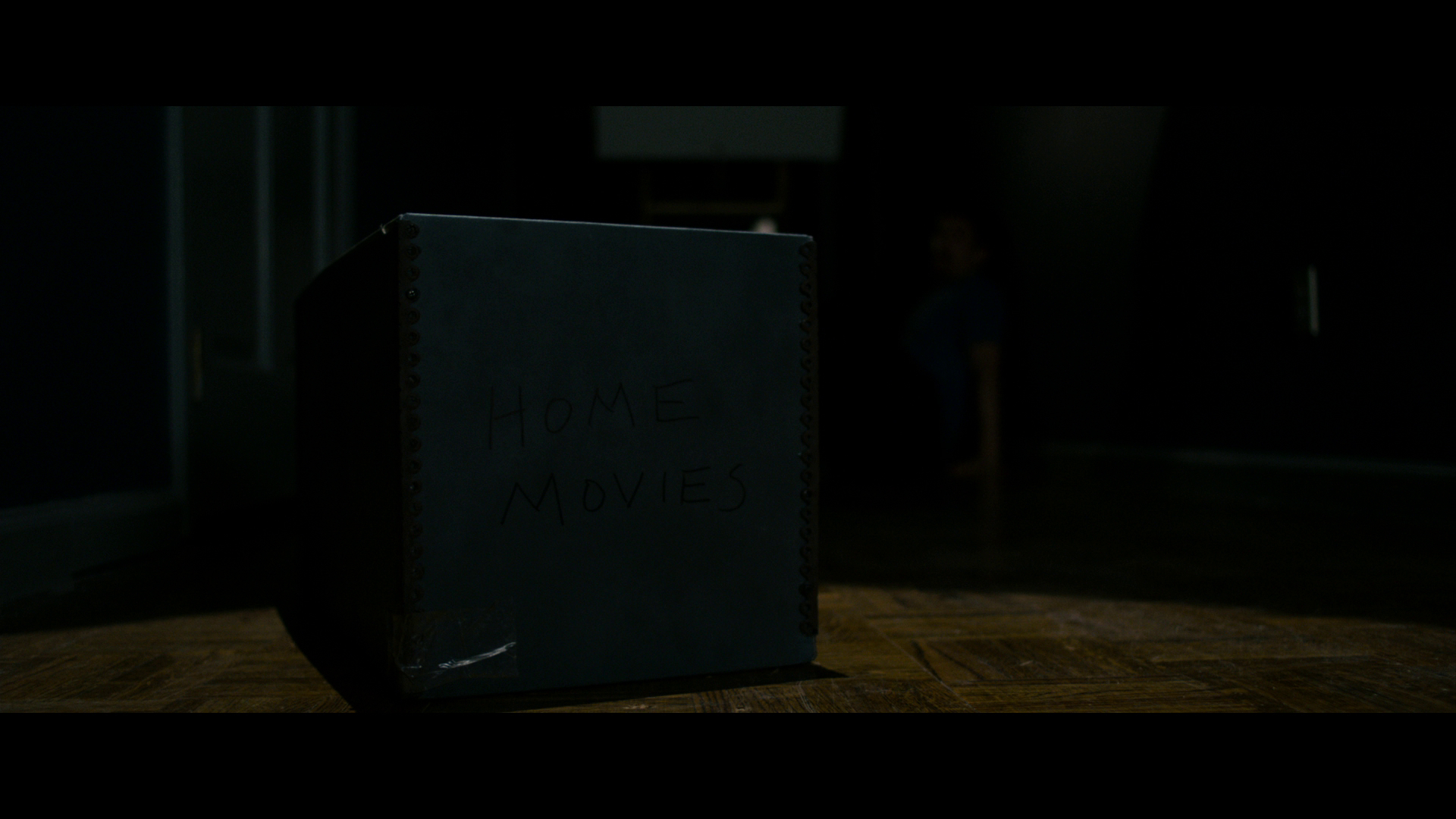 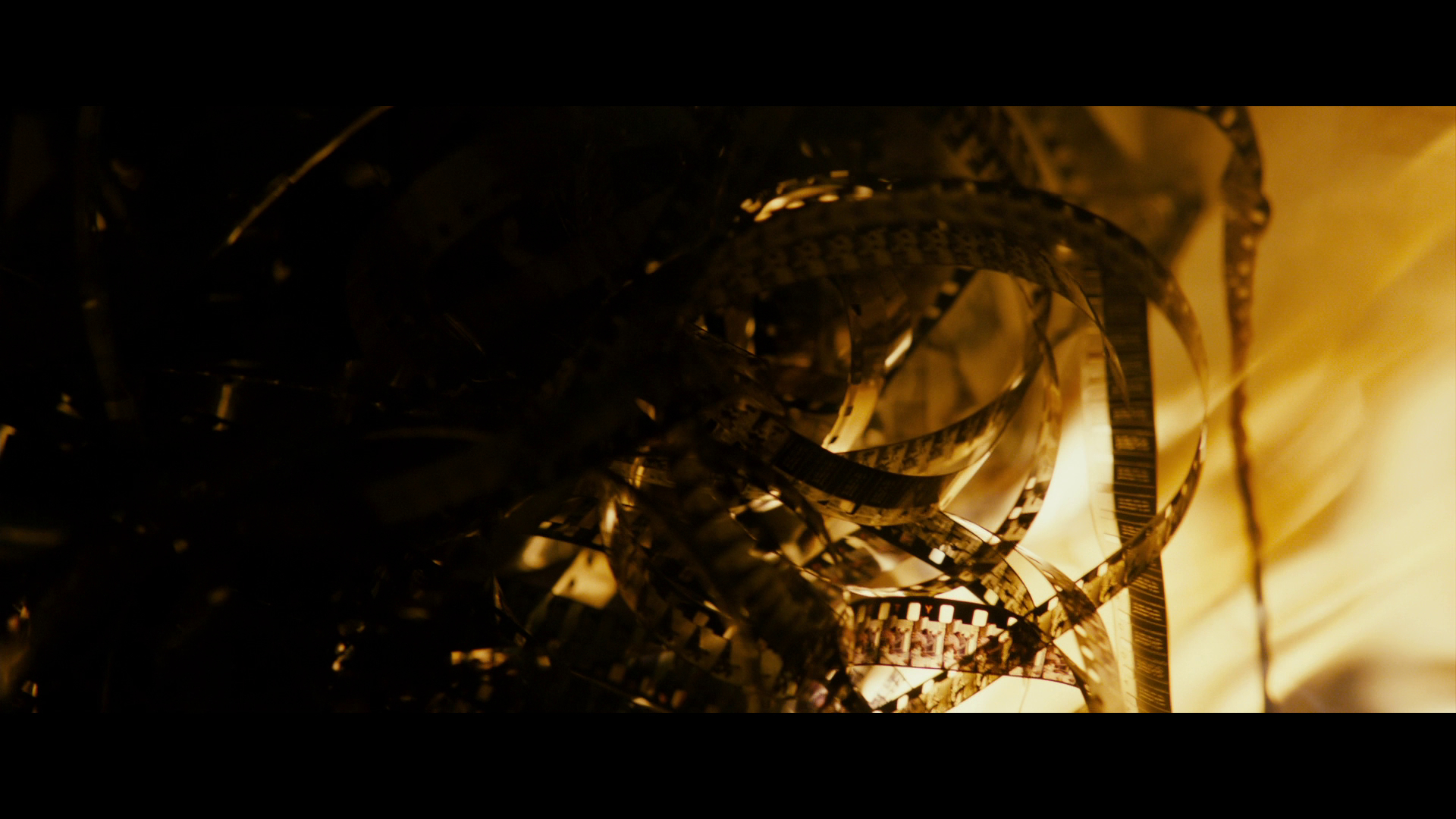 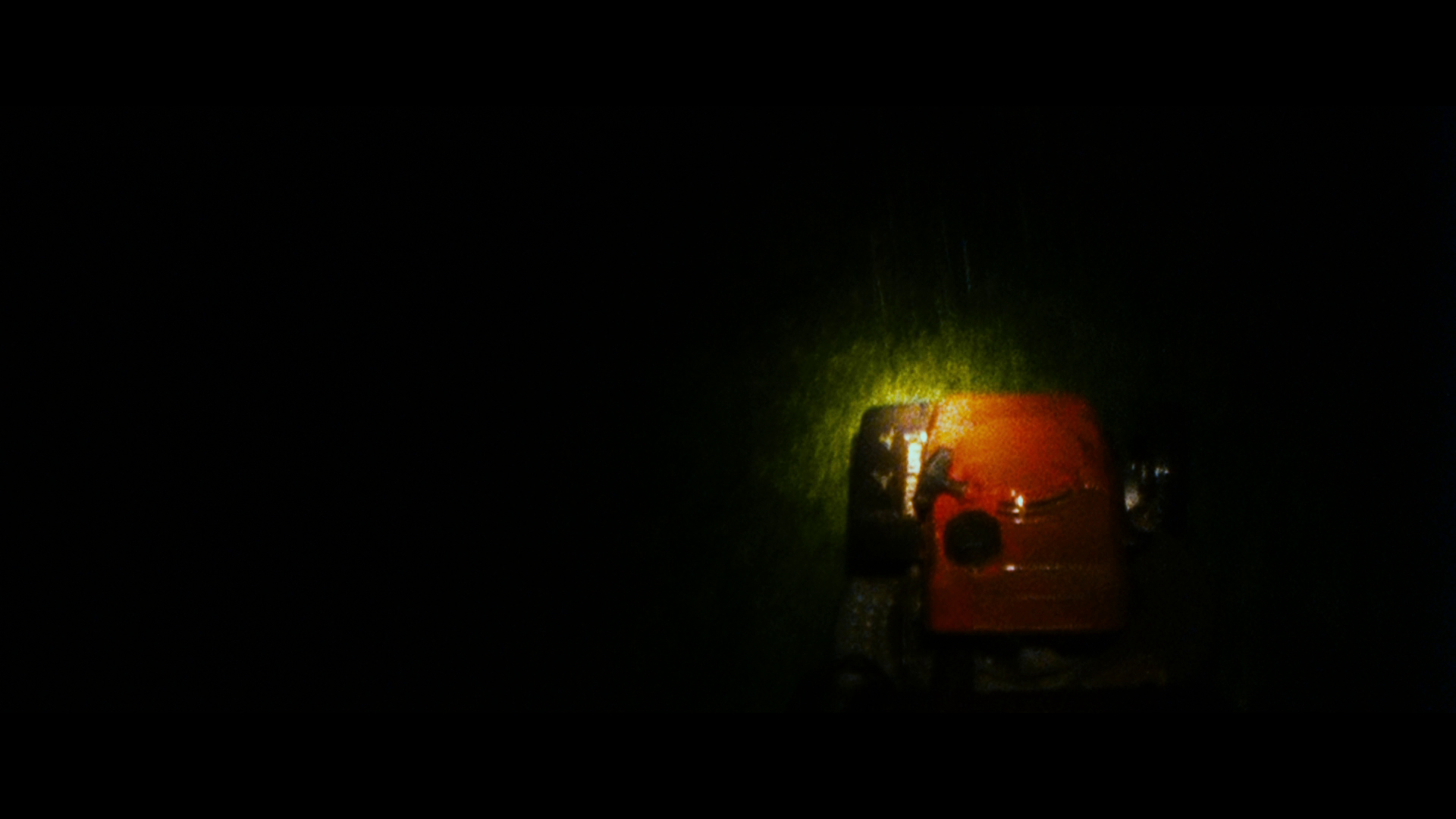 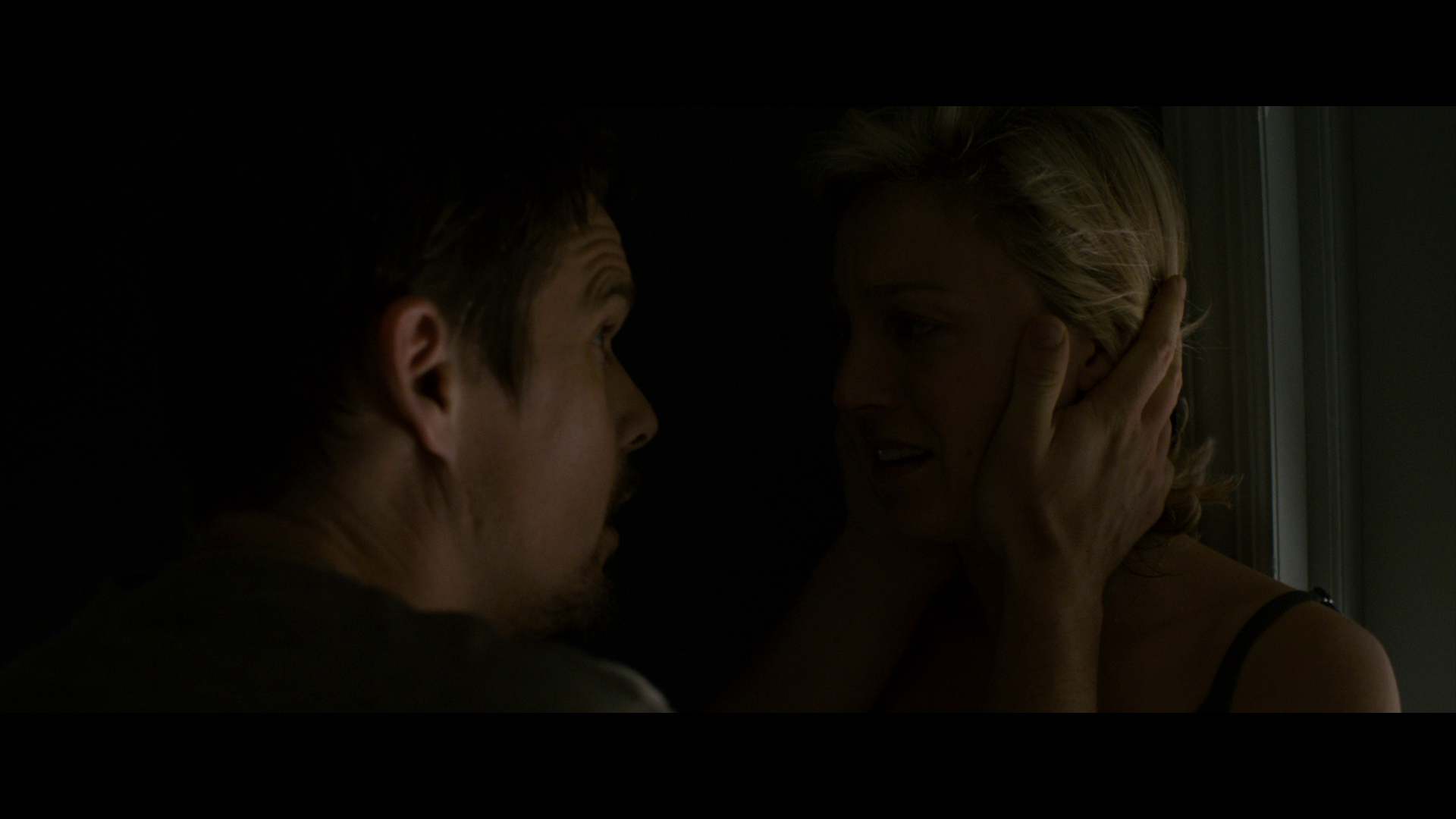 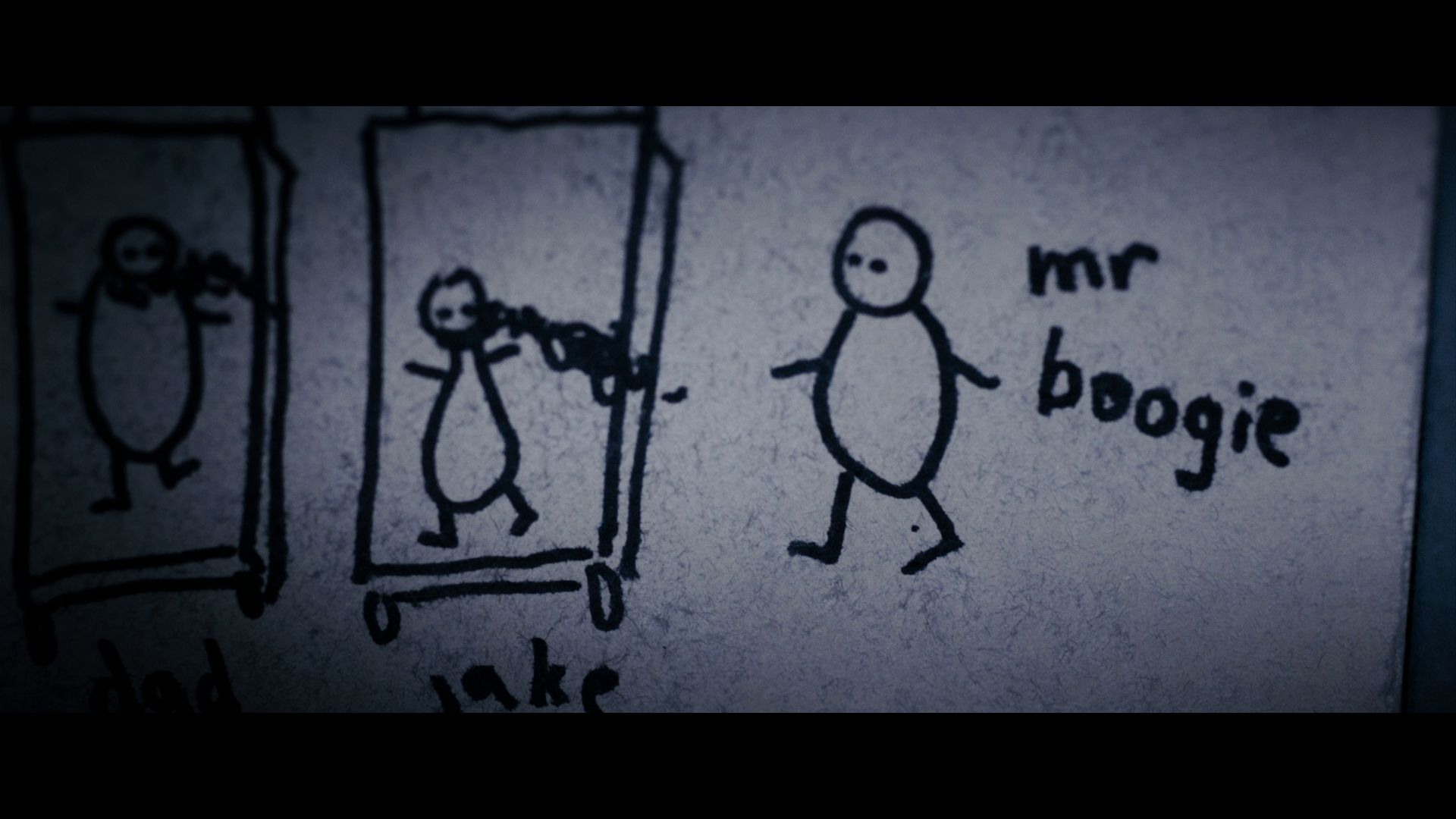 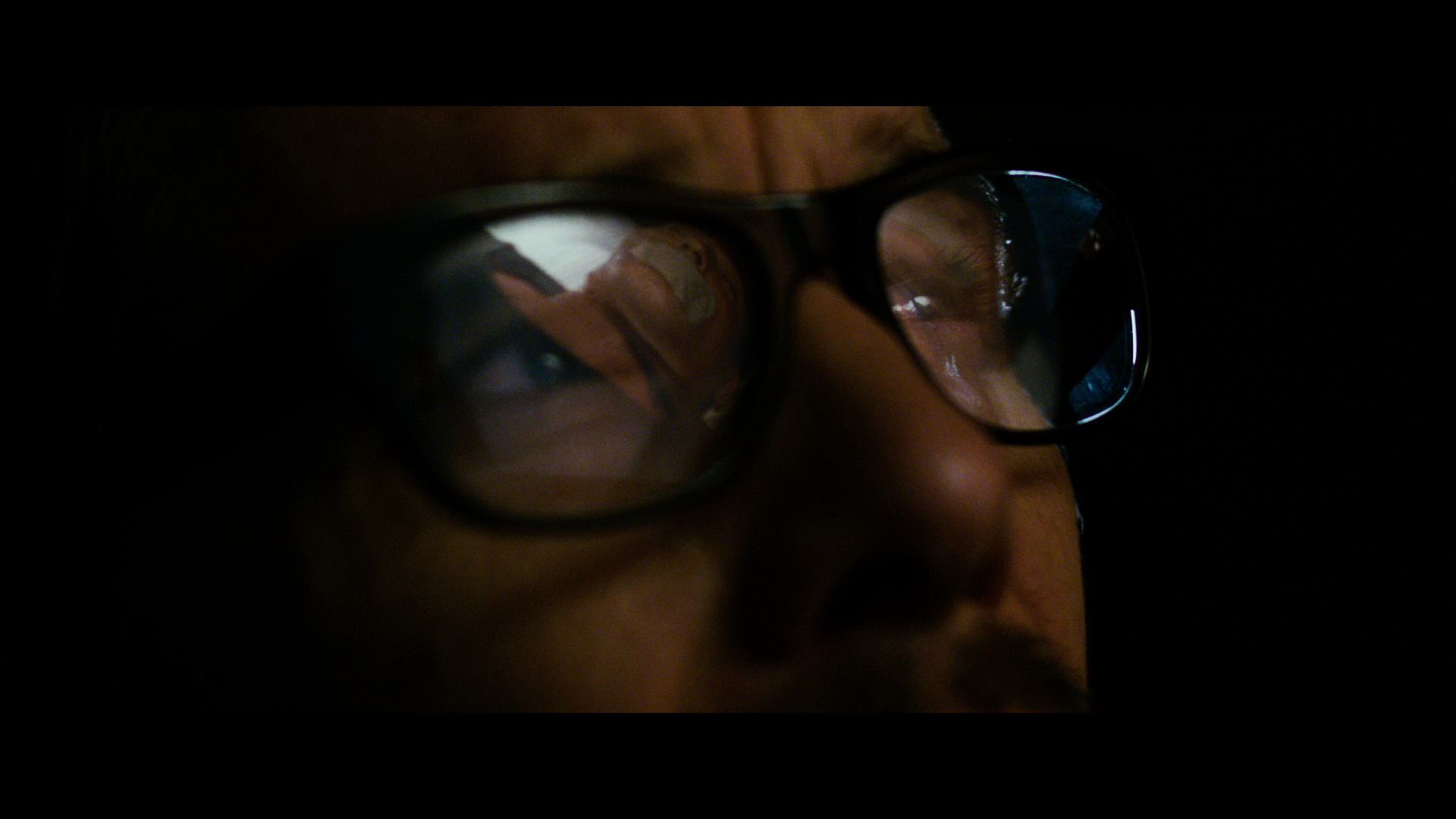 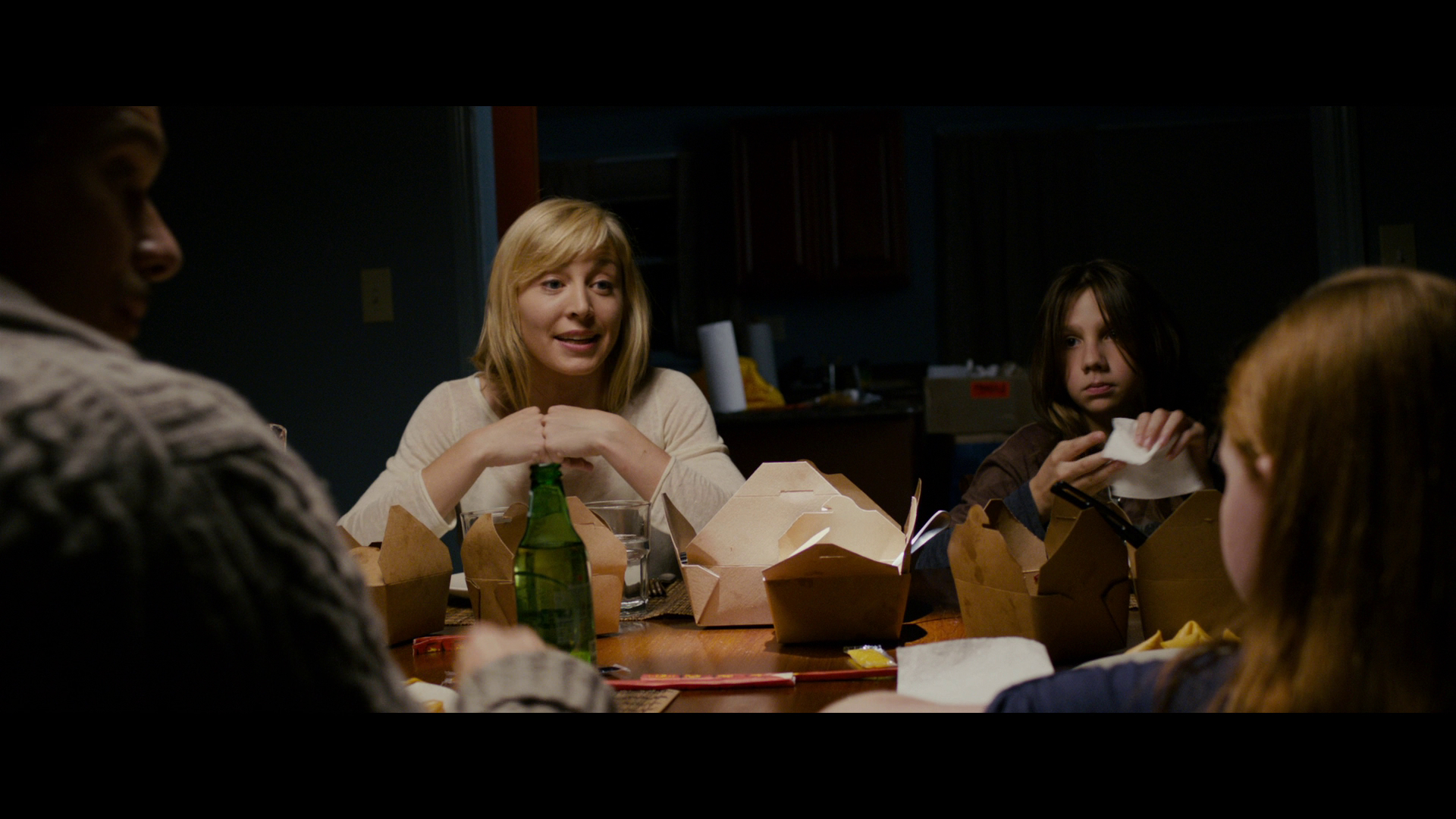 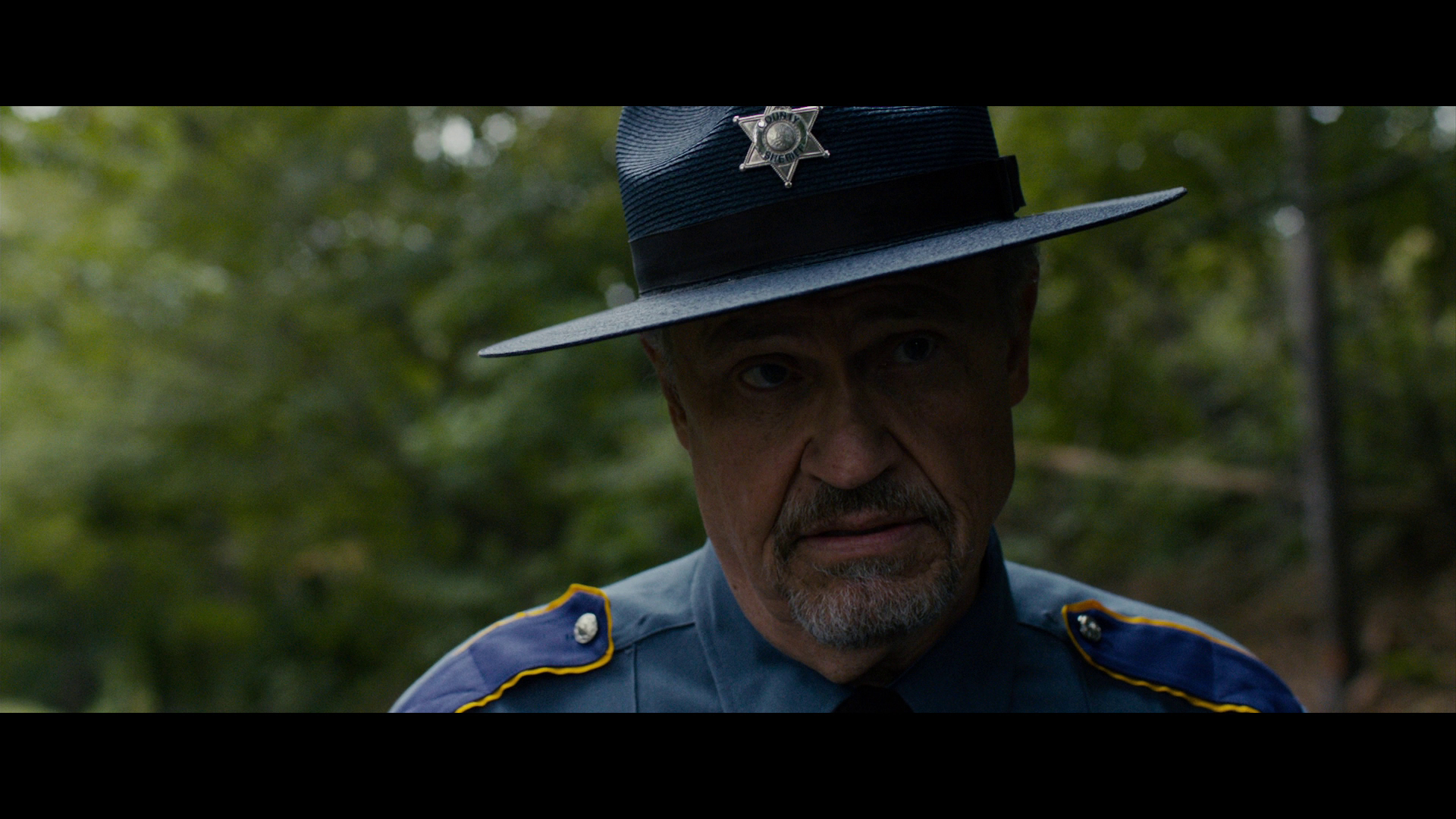