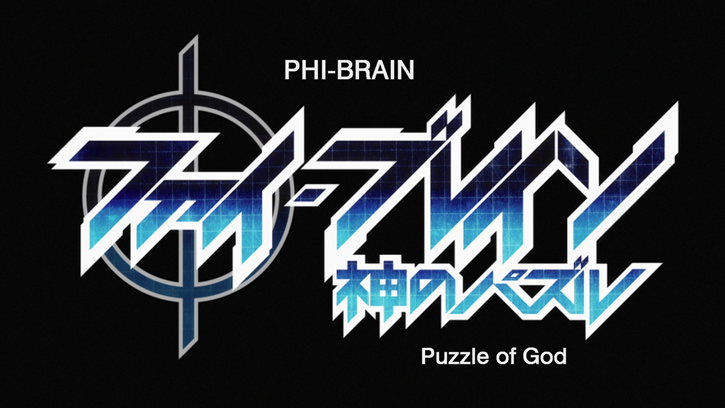 Phi Brain is one of the more intriguing anime series produced in the last couple of years from its premise alone: this is a series that delves into the world of puzzles, and the central characters are essentially entrenched in ancient and modern puzzles from the beginning to end of each episode. Created in 2011, the Sunrise produced anime series is an ongoing creation that is developed and directed in part by Junichi Sato (Sailor Moon, Kaleido Star).

The central character of the show is Kaito, a young and gifted student who has been selected by his school's offbeat and mysterious organization P.O.G. (Puzzle of God) to solve puzzles as a designated "Solver" who works on philosopher's puzzles and other types of challenges. This involvement in the group makes him a "Phi Brain" candidate: someone who can use special powers to work his magic in puzzle solving to even greater extents than his brain would be normally capable of achieving.

Kaito receives this unique ability to increase his puzzle-solving skills through a device that is worn on is arm (fashionable, trendy, but also full of brain-energy usefulness). It helps to tap directly into Kaito's own abilities but it makes them stronger and more refined so that he is capable of solving puzzles he wouldn't necessarily be able to otherwise. 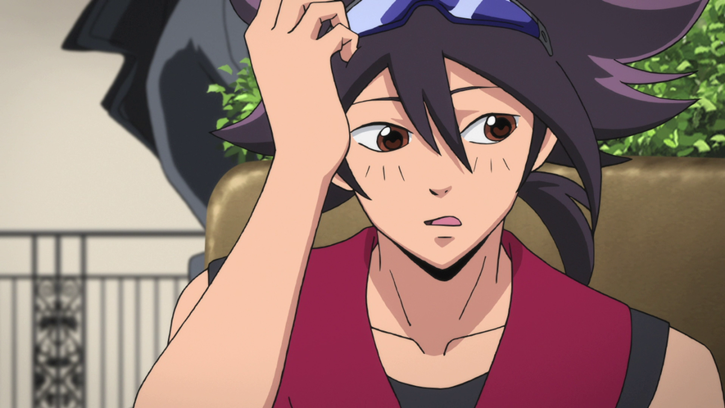 The series presents Kaito as a character who is a go-with-the-flow type who simply wants to spend time solving puzzles for fun and for the challenge of it, but who isn't interested in the glamor of monetary success and "club membership" bestowed upon members of the P.O.G. Kaito would rather simply do them to challenge himself and to have fun, but something is drawing him to the organization regardless; perhaps the sheer sophistication of the puzzles.

Kaito has a close friend Nonoha, who is an equally smart and challenge-ready girl, but she's someone less interested in puzzles. She ends up joining in on many quests and puzzles as an additional person entrenched in the P.O.G. world, but she uses her other smarts to help out in other ways that are often life-saving. She is a close friend to Kaito since childhood, and both Nonoha and Kaito are as close to one another as jam or peanut butter is to sliced bread.

The series is presented in a mostly episodic fashion. Each episode tends to focus in on different puzzles that wind up being worked on by Kaito with Nonoha's help aiding the entire process. It doesn't simply follow a completely by-the-numbers approach, however, as signs indicate that it doesn't stop with "puzzle of the week" writing and elements are added into the scripts to bring about some solid character development and hints of more to come in future episodes, such as more to the storyline of the P.O.G. group itself.

Junichi Sato is one of my favorite director's in the world of anime. With Sailor Moon, he was brilliant at creating strong, fun, and entertaining characters that you could always get behind: something about his craft made his contributions a perfect mesh with that romantic-inclined fantasy world. With Kaleido Star, he told with beautiful measure a story of encouragement aiming to uplift spirits and reaffirm the notion that dreams are to be followed. Phi-Brain is something else entirely because it's a different style of series than what he has previously become involved in. Yet it still has a unique flair and approach that keeps it interesting. 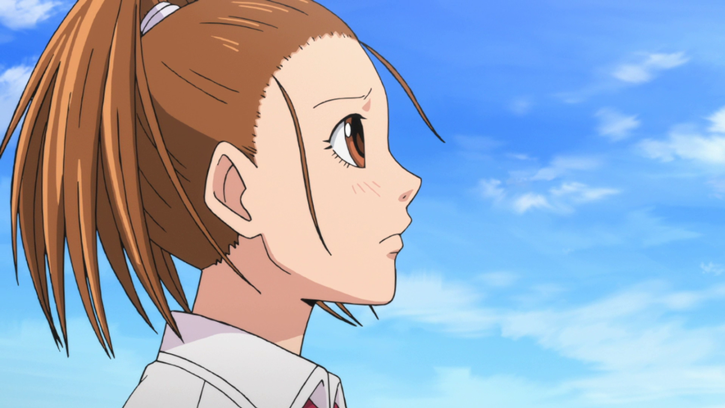 The bottom line is that Sato has always been more interested in developing and exploring the characters within his projects. This is something that has become an essential benefit to his anime productions. Sato seems to intrinsically understand that characters are the main and fundamental element to good storytelling and that to make a good series he has to focus on developing the characters first and foremost.

An entire production can sink if nothing else is registering for viewers beyond the quality of the production values: audiences won't be as interested in the action sequences, game puzzles, or in the quality of animation if the characters aren't interesting and this is something that makes this series all the more top-class in quality as Sato continues to deliver as a director who cares about making the characters a top priority.

Phi Brain is a fun anime series and it's one that should appeal to a number of anime fans as it's something with a little bit for everyone: solid characters, good writing, excellent direction, and beautiful animation make up the backbone of the show. The series also contains many layers in how it utilizes comedy, drama, action, adventure, mystery, and more genre-elements throughout. The balance of genre elements with character development is central to what makes Phi Brain as compelling as it is and a more well-rounded creation. 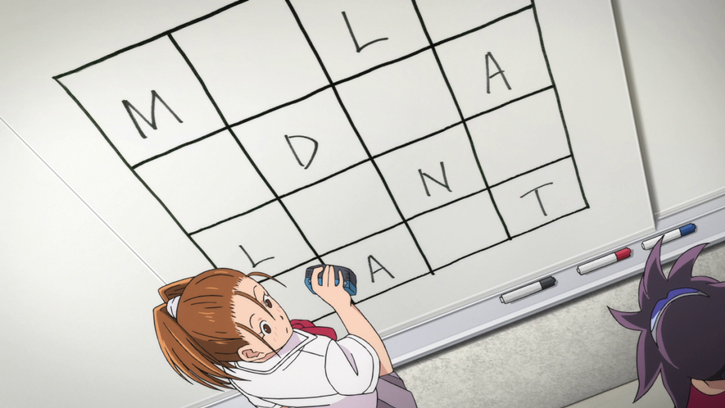 The 1080p encoded High Definition video is presented with the 1.78:1 widescreen aspect ratio which preserves the original television broadcasts as intended. This is a gorgeous quality HD presentation that is beautifully crisp, clean, and jubilant in reproducing the wide color pallet. Audiences will be pleased to see such an impressive and vibrant presentation.

The 2.0 Japanese and English DTS-HD Master Audio tracks are crisp and have higher-quality dynamics as one would expect for a lossless presentation. The audio is a good match for the series video presentation. Dialogue is clear and easy to understand. The music sounds quite impressive especially and the stereo presentation has a lot more "oomph" to it despite not involving the surrounds for added effects. This is a quality audio presentation that works. 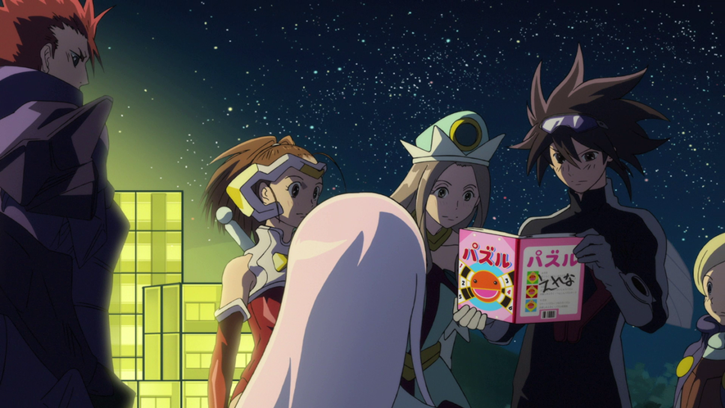 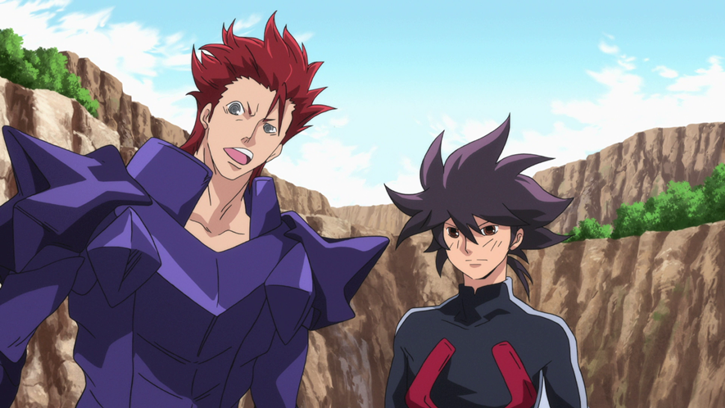 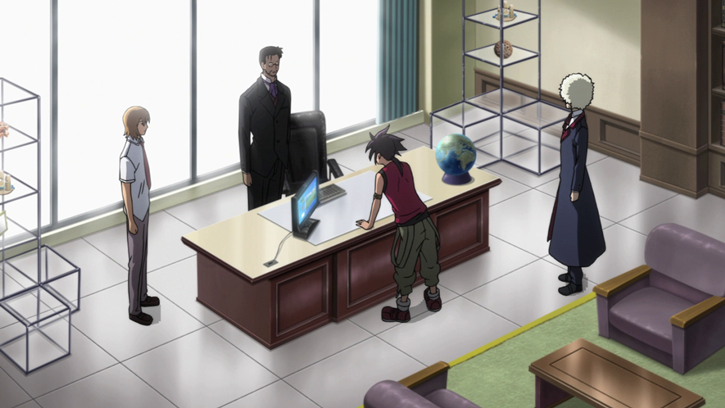 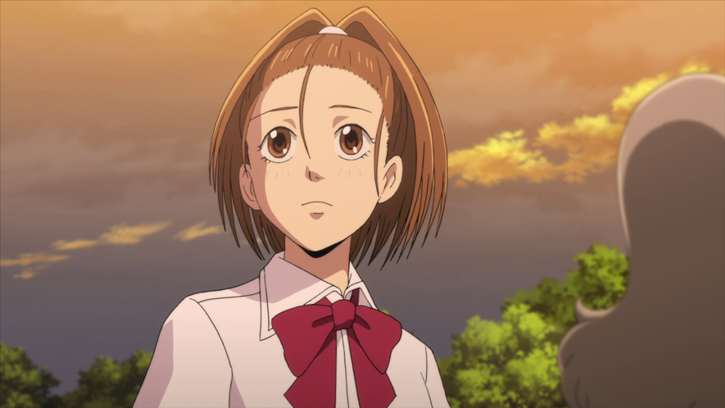 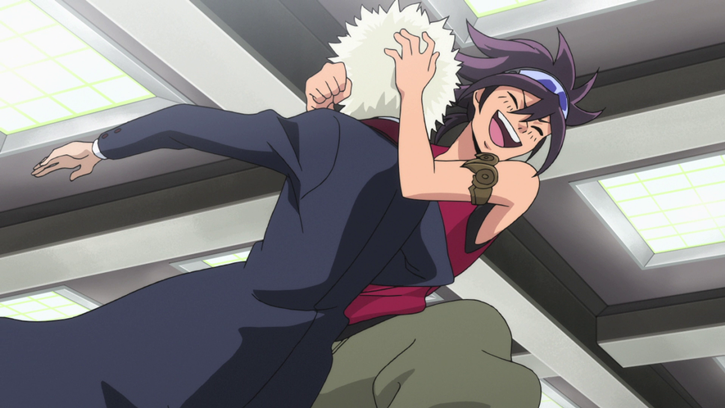 The only bonus features included are clean opening and closing themes and a few trailers for other anime releases. 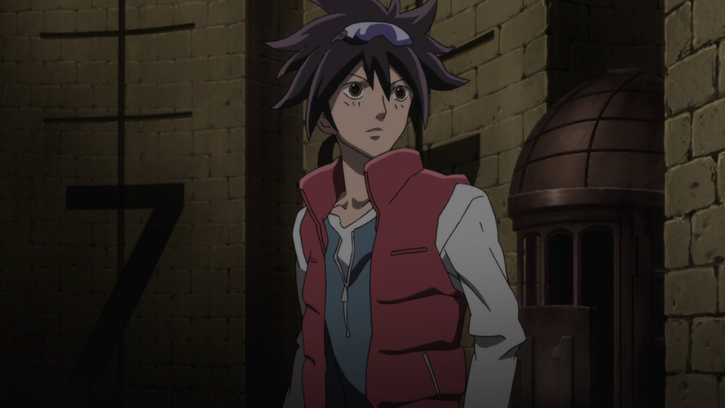 Phi Brain is a well-made anime series with good characters and a host of fun elements: comedy, action, adventure, and mystery surrounding it all. This series also appears to have worked well with audiences as a second season has already aired in Japan and a third season has even been green-lit for production. I'm enjoying the show and anime fans should certainly check it out because it might just turn out to be one of the more intriguing series to be released this year.