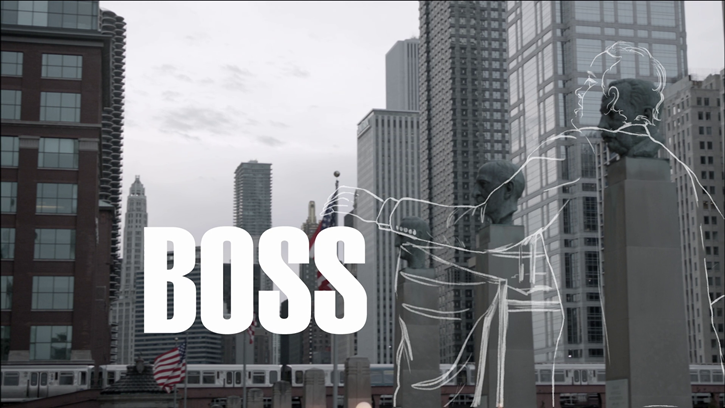 Boss: Season 2 takes place following the high-octane events of the first critically acclaimed season, which aired on the Starz network, was created from writer Farhad Safinia, and was executive produced by Gus Van Sant. The show was critically successful for the most part, however, the series had low ratings during its second season and it was thereby cancelled. Available in a Blu-ray (or seperate DVD collecton), Season 2 provides the final batch of episodes of this gritty, dark, and complex series.

Tom Kane (Kelsey Grammer) is the main character of the series, and he's a complicated or mystifying character. He seems ruthless and cruel to most of the people he encounters and generally seems as if he is only interested in himself. The character is diagnosed as having dementia with a degenerative neurological disorder and he sees hallucinations and has odd complications as the result of his disorder, but he stays involved in the political game which Kane helps run as the (fictional) Mayor of Chicago. Kane works within and around the odd, corrupt political system which he helped to create, and as the story unfolds it gets darker and more disturbing.

As the series continues to unfold in season 2 things begin to become even more complex as relationship issues arise in greater capacity between Tom Kane and Emma Kane, who find themselves in marital ground that is more than just a little shaky. Their relationship to their daughter Emma is also becoming more of an issue after she is jailed following events from Mayor Kane; their daughter is having troubles with heroin and for a while her state is worse: relationship issues between the Kane family is a huge portion of the series, which began the debut season but has continues to be prominent in this second and final season outing. 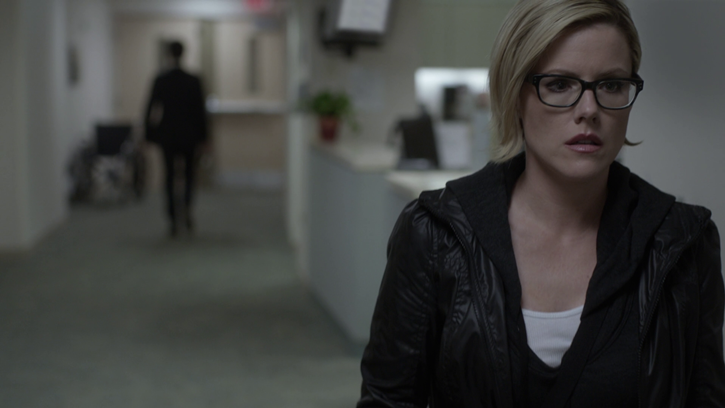 The other supporting characters have interesting stories as well, especially the character of Kitty O' Neill, who becomes tossed between supporting Kane and working with other politicians to take Kane down, and journalist Sam Miller, who journeys forward to bring the news stories connected to the dark political world to the press. These additional storylines help to add a interesting layer of intrigue to Boss.

The series is a difficult one in a number of ways, especially because of the fact that the whole backbone of the show revolves around scathingly dark political storytelling which is sad and complicated at each turn of the show. The storytellers are commendable for their craft in the writing and directing of the series, but I was always a bit baffled by the show's darkness to a large degree: while it makes for some interesting stories it also makes for a soap-opera side quality-wise which makes the show a bit more unpleasant.

I suppose one major issue with the show is that while the writing and direction is solid and represents what one can expect or hope to find with a high-budget and quality production, something about the show never managed to make me feel as much for these characters: it probably has something to do with the fact that the main cast is mainly portrayed with the darkest qualities imaginable, and most of the time you just feel saddened by the events in storytelling on Boss. The show is so well written and directed from one standpoint, but it manages to also feel strangely divisive at times by its own story craft.

Regardless, Boss featured excellent craft in writing, direction, cinematography, music, and essentially the entire majority of the production elements, which seemed to come together seamlessly. Fans of the show will be sorry it's gone and the ending doesn't exactly build to closure. The good news for serious fans of the show is that there are talks about bringing a number of elements to Boss's storylines to a close with a feature film continuation, though nothing is cemented or definite in that regard yet. Until then, fans and newcomers (if they actually can find time to invest in a unfinished show cancelled before it could conclude), probably will enjoy visiting or revisiting the show with these final ten episodes. 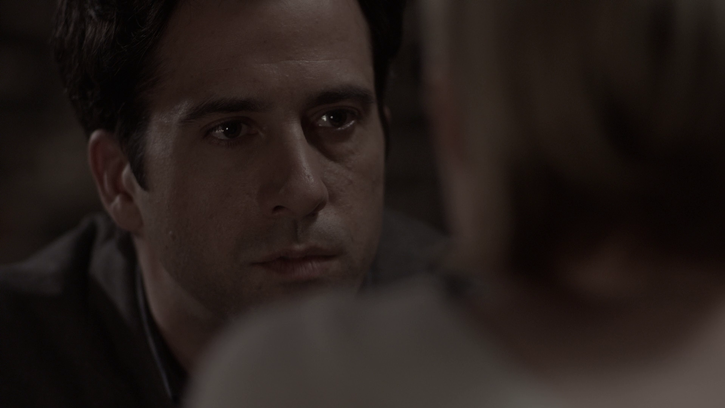 The 1.78:1 1080p High Definition encodes work wonders for Boss on Blu-ray, which looks as crisp, clean, and detailed on Blu-ray as any high budget production can. The cinematography's amazing to behold and adds an extra element of excellent to the series production quality and everything looks stellar with the HD presentation, especially considering how it is a dark and perplexing color palette that makes up the core design aesthetic of the show.

The 7.1 DTS-HD Master Audio does a good job of adding to the quality of the presentation on the whole. The clarity is crisp and dialogue is easy to understand. The surrounds and bass level remains somewhat less complex as the show is primarily based upon the dialogue and upon the center channel, so you get some surround usage but it's a minimalistic sound design that doesn't do much to impress.

Subtitles are provided in English, Spanish, and English SDH (for the deaf and hard of hearing).

Supplements include commentary tracks with select producers and writers on three of the ten episodes: the season two premiere Louder than Words, Mania, and on the final episode, True Enough and a behind-the-scenes featurette entitled The King and His Court (1080p, 15 min.), which essentially consists of interviews with cast members and writers about the show and the characters. 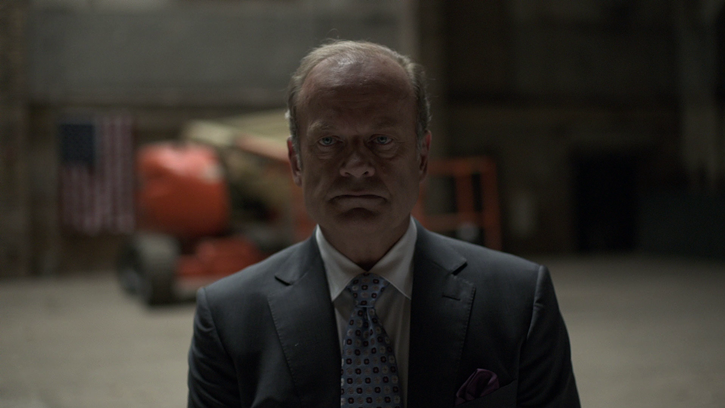 Closure or no closure, likeable characters or unlikeable ones, Boss was intelligently made television for the two seasons it aired and the finality of that run is now available for fans. Newcomers may feel wary that the show doesn't really conclude, and it's hard to not be a somewhat disappointed by that fact, but the series was mostly well-made, even if it sometimes is overwhelming within its darkness, which probably contributed to low ratings and the cancellation.

Recommended for serious fans of the series only. Anyone else might want to rent it first.