In her 2009 TED talk, Nigerian author Chimamanda Ngozi Adichie, eloquently shares her life's experiences, specifically key instances where she personally experienced the danger of "the single story," or the concept of understanding a person or group at large from only one perspective. Ms. Adichie's speech is thought provoking, relatable, and infinitely relevant and my viewing of the speech comes right on the heels of viewing the 1964 adaptation of nonfiction book of the same tame. Griffin, a native Texan, eighteen years before Ms. Adichie was even born, chose to take the idea of knowing more than just a "single story" to the extreme, undergoing hours of tanning after taking skin-darkening drugs, to change his appearance in order to pass as an African American and see first-hand what it was like to be black in the southern US during a very trying time in our nation's history. While Griffin's book went on to be a bestseller, the film adaptation has largely been lost to time, only recently restored from the original negative and released on DVD for a new generation to discover; it's glaring flaws visible despite the best of intentions by cast and crew. 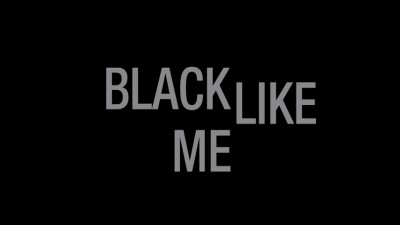 Career supporting actor, James Whitmore tackles the role of Griffin, renamed John Finley Horton for the film version, and Whitmore's performance resonates strongly amidst a somewhat shaky supporting cast and make-up work, that at times may remind viewers of a minstrel show, than a serious, real commitment to social change and understanding. Shaky acting can be forgiven and an unstructured tone overlooked, but make no mistake, the makeup in "Black Like Me" is a tough hurdle to overcome and one, that is an inconsistent issue, robbing powerful scenes of real human interaction of necessary emotion and instead infusing the proceedings with a lingering uncomfortable sense that might make them unfairly question the film's real intentions. However, the viewer that can keep the notion that "Black Like Me" is straight-faced telling of one man's quest to understand the downright inhumane treatment of fellow human beings, roughly six decades ago to this date, the ultimate feeling will be one of chilling shock. 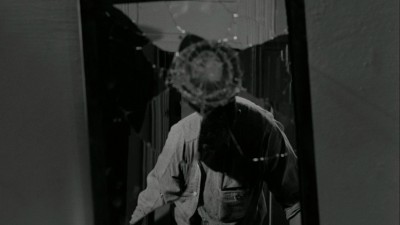 Structurally, "Black Like Me" jumps back and forth in time, slowly filling in how Horton finds himself becoming a member of the black culture in the south and what we as viewers are to presume to be vignettes based in fact as he encounters an often hostile, inhuman racial majority. Director Carl Lerner's approach to filmmaking is simple (Lerner himself made a career as an editor and this was one of only two films he ever directed) and to the point; he sets up very workmanlike shots and lets the actors do the lion's share of the work. The film lacks any distinguishable artistic vision (something I attribute both to Lerner's editorial background as the film has deliberate pacing; I'd also strongly suspect the film was very low-budget), which allows the blunt experiences of Horton sink in without obstruction. The feelings these interactions produce are not pleasant and even if the supporting players (there are some incredible standouts here as well, including one of the first big screen appearances by Roscoe Lee Browne) in critical sequences choose to act over-the-top (if the content of one bit player's dialogue weren't so horrifically shocking, the delivery would be right at home on a sketch comedy show), the intent isn't lessened. 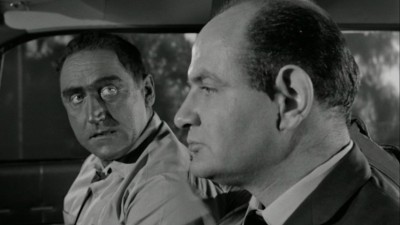 As the film shifts from set-piece to set-piece and we see the effect the experience has on Horton as a human being, Whitmore is allowed to shine as an actor conveying complex emotions in quick succession; in one key sequence after being harassed by two racist locals and ignored by an equally bigoted cop, Whitmore goes from seething rage, to restrained sadness, before falling into a state of utter despair, unable to fathom how fellow humans could treat someone so inhumanely. While "white guilt" is never blatantly addressed in the film, Whitmore conveys this feeling as well, but as the film reaches its emotional crescendo, the lens of scrutiny is turned on Horton himself and the implications of what he has done. Do his good intentions outweigh his blatant deception? Did Horton merely just change his appearance or did he change his personality the more closely he became intertwined in the black community? "Black Like Me's" tense finale ensures viewers leave pondering these very questions, but more importantly, pondering the question of "how much do I really know about others?" The film is no easy piece of art to digest; I personally had to stop a third of the way in and eventually come back and start from the beginning again. It's far from perfect and its technical faults prevent it from every being considered a masterpiece in social commentary, but its positives are enough to ensure it a place in film history.


"Black Like Me" is presented via two options: the original 1.78:1 aspect ratio or a 1.33:1 offering (incorrectly attributed as the "original version"). The film definitely shows signs of remastering. Shot in black-and-white, contrast levels are generally natural, a bit high at times, but possibly inherent in the original negative. There's not as much digital noise/grain as one might expect for a 52 year old, lower-budget film, although detail could be stronger (perhaps if two versions of the film weren't on one disc, this wouldn't be an issue). Although the film has a flat visual look, the transfer itself is by no means unappealing.


"Black Like Me" is presented with the option of the original English stereo audio mix or a newly created 5.1 remix. The 5.1 remix is surprisingly effective at time, feeling more full in areas, although inherent technical flaws and damage such as faint hiss in dialogue free scenes is evident. The film lacks any distinguishable low-end, safe for a some use of bombastic score. Dialogue is generally clear although a handful of lines suffer from a muddled quality.


The film's bonus disc features a 60-min feature length documentary, "Uncommon Vision: The Life and Times of John Howard Griffin" on the film's real-life subject. It's a wonderful companion piece to the film and for those not fully convinced by the film's intentions, should dispel that notion once and for all. Inside the case itself, there's a text-based excerpt from Robert Bonazzi's biography of Griffin, titled "Reluctant Activist."

I feel like a broken record, but it has to be said, the makeup work on James Whitmore is initially distracting and for some may be so throughout the entire film, but "Black Like Me" is a powerful statement on human understanding and one man's extreme quest to see the other side of the story. VSC has done a fine job taking a forgotten film and releasing a technically noteworthy release. Recommended.