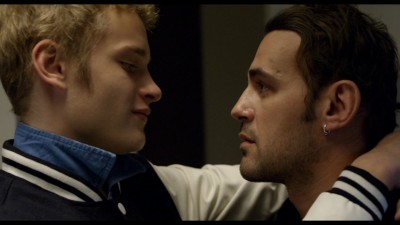 Our Paradise is a French thriller packed with its fair share of nudity and violence, with a sensitively depicted love story between two men at its core. In contrast to its grisly subject matter (sort of a European gender-reversed version of 2003's Monster), director Gaël Morel guides the film with a wonderful atmosphere and tremendous amount of respect for its characters.

Foremost among the array of complexe, troubled characters in Our Paradise is Vassili (Stéphane Rideau), an aging Parisian hustler who continues to solicit tricks despite his somewhat doughy midsection. Vassili is also plagued with the deepening resentment he harbors towards both his clientele (older, wealthy, often times closeted men) and the ever-younger guys who are angling to take away his livelihood. On the banks of the Seine one night, he comes across an injured teen (Dimitri Durdaine) who had been beaten up by homophobic thugs. After Vassili tends to his wounds and takes him to a doctor friend (a client) for treatment, the younger man opens up to Vassili and becomes his lover. Vassili decides to name the enigmatic man Angelo after the angel tattoo he sports, becoming a mentor and confidant to the devoted younger man.

Our Paradise might count as one of hundreds of tender love stories captured on film, if not for the fact that Vassili has been viciously slaughtering the various men who pay for his services. Vassili takes a sick enjoyment in torturing the men for as long as possible before offing them. While that may make for uncomfortable, terrifying viewing, these scenes are actually filmed with an odd detachment that mirrors Vassili's world view. Vassili's confession horrifies the innocent Angelo, who initially just wants to fleece the johns for their money (shades of Charlize Theron and Christina Ricci in Monster). When a man that Vassili believed was murdered recognizes him in a bar, the two become fugitives desperately in search of a better life.

A lot of what makes Our Paradise enjoyable is its unexpectedness, including the depth of the lead characters, and the frequent but not exploitative use of male nudity (even Vassili's flabby patrons show a lot of skin, adding to the film's emotionless realism). Another surprise occurs about midway through the film, when the scene shifts to another part of France and the household of a rebellious young boy who also goes by the name Vassili (Mathis Morisset). This Vassili lives with his single mom, Anna (Beatrice Dalle of Betty Blue), and his grandmother in the apartment above the bar where Anna works as a waitress and magician's assistant. How these characters tie in with the other Vassili and Angelo is eventually explained, but mostly they're there to establish that even alienated, surly people like Vassili have a network, a lifeline. The humanity of the characters is what sticks here, even as the film reaches an intense yet weirdly abrupt climax.

Although Our Paradise comes wholly recommended, there was something vaguely incomplete about the film that gave me pause, a feeling which was crystallized by my viewing partner after we finished watching it. He observed that there was no real, practical reason for Vassili to be a killer. Which is correct - the film would have been equally satisfying had the character merely been portrayed as a damaged guy with massive grudges against his clients and his lot in life. It's something to ponder while watching this otherwise emotionally resonant, well-crafted film. 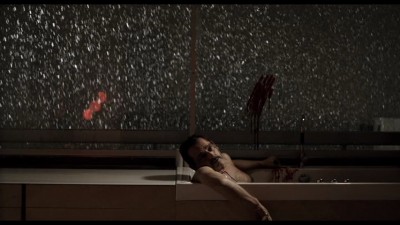 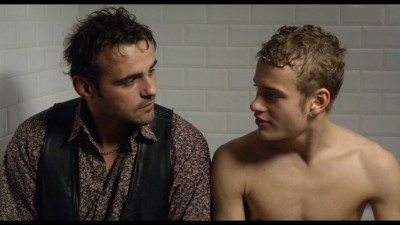 Visually, Breaking Glass Pictures' DVD edition of Our Paradise gives the film's luminous cinematography a nice showcase in its 1.85:1 presentation. The only flaw I noticed is that the darker scenes sport a bit of lightening and lack of depth, so what should be rich darks are, in fact, muddy greys.

The film's French 5.1 Surround soundtrack is given a good mix with flawlessly recorded dialogue and a subtle instrumental score. The surround is not so obviously employed here, but the overall effect is pleasingly atmospheric.

The only bonus content is the film's Theatrical Trailer, along with previews for other Breaking Glass Pictures releases. 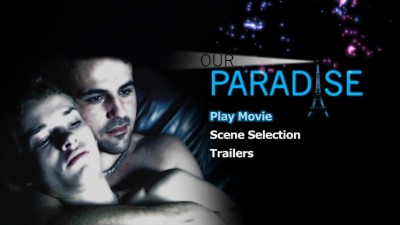 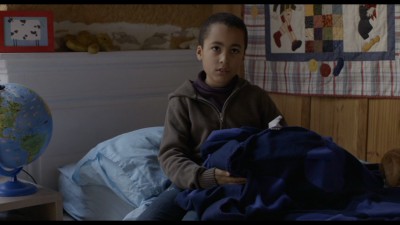