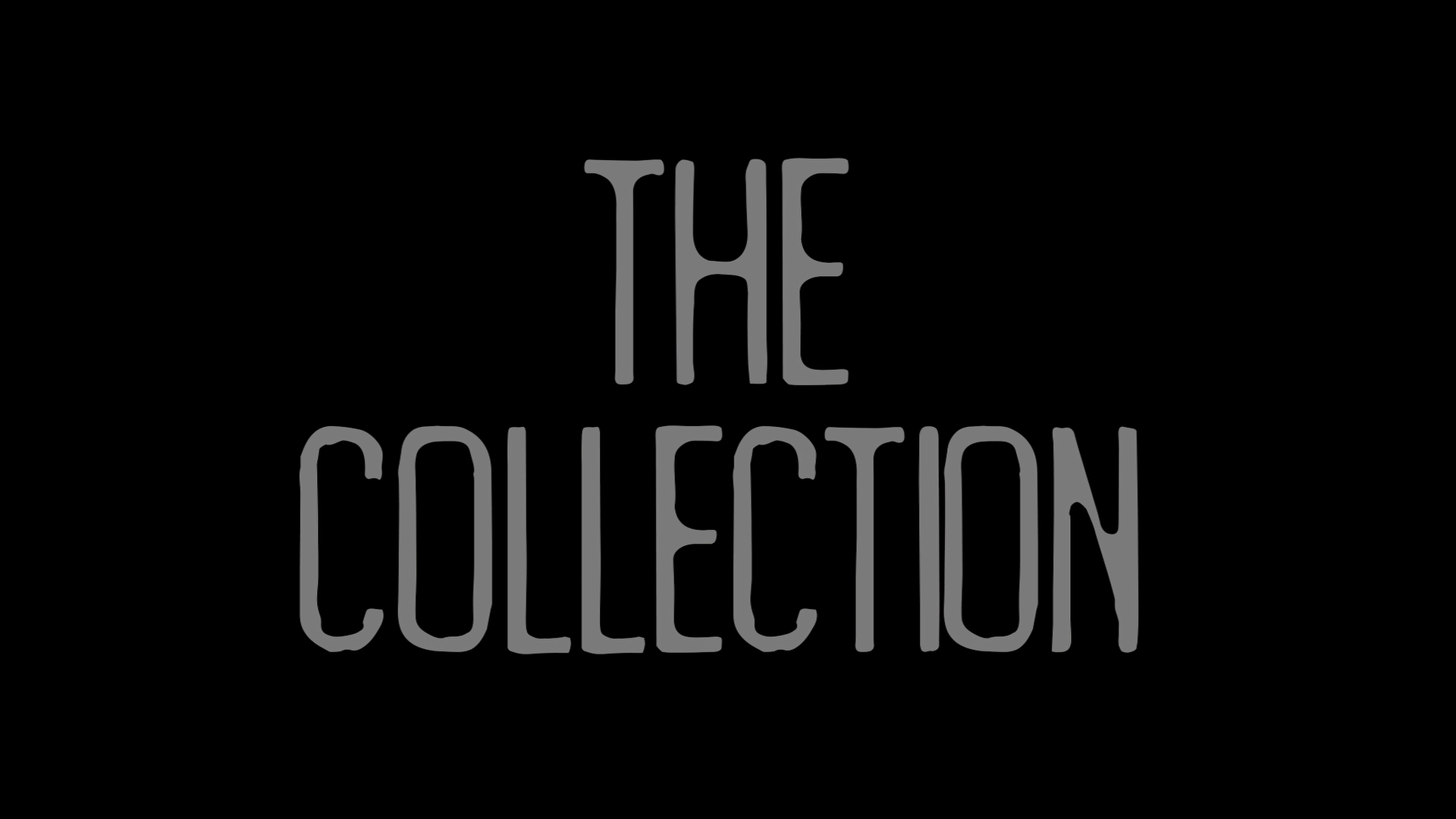 A sequel to the 2009 slasher The Collector wasn't exactly a given, though that film tripled its $3 million budget at the box office. Marcus Dunstan returns to direct The Collection, which picks up soon after the events of the original. Survivor Arkin (Josh Stewart) is recruited to lead a team into the lair of the vicious serial killer that tortured him to retrieve a young woman. The Collection is as bloody as you'd expect considering Dunstan and Co-Writer Patrick Melton also worked on the later Saw films. Genre fans will appreciate the gory death traps and carnage, but the story and suspense aren't quite up to par.

Like the bravado opening of so-so horror film Ghost Ship, the initial carnage in The Collection sets a bar the rest of the film fails to match. Several friends, including pixie-haired Elena (Emma Fitzpatrick), join a back-alley party, unaware that the Collector (Randall Archer) rigged the building with deadly traps. When a wire is tripped, a giant mowing blade ravages the dance-floor patrons, and Elena is kidnapped shortly after finding Arkin in the killer's signature red trunk. Elena's rich dad (Christopher McDonald) hires mercenaries to save his daughter, and the seekers strong-arm Arkin into coming along to an abandoned hotel where the madman keeps his collection of macabre human art. 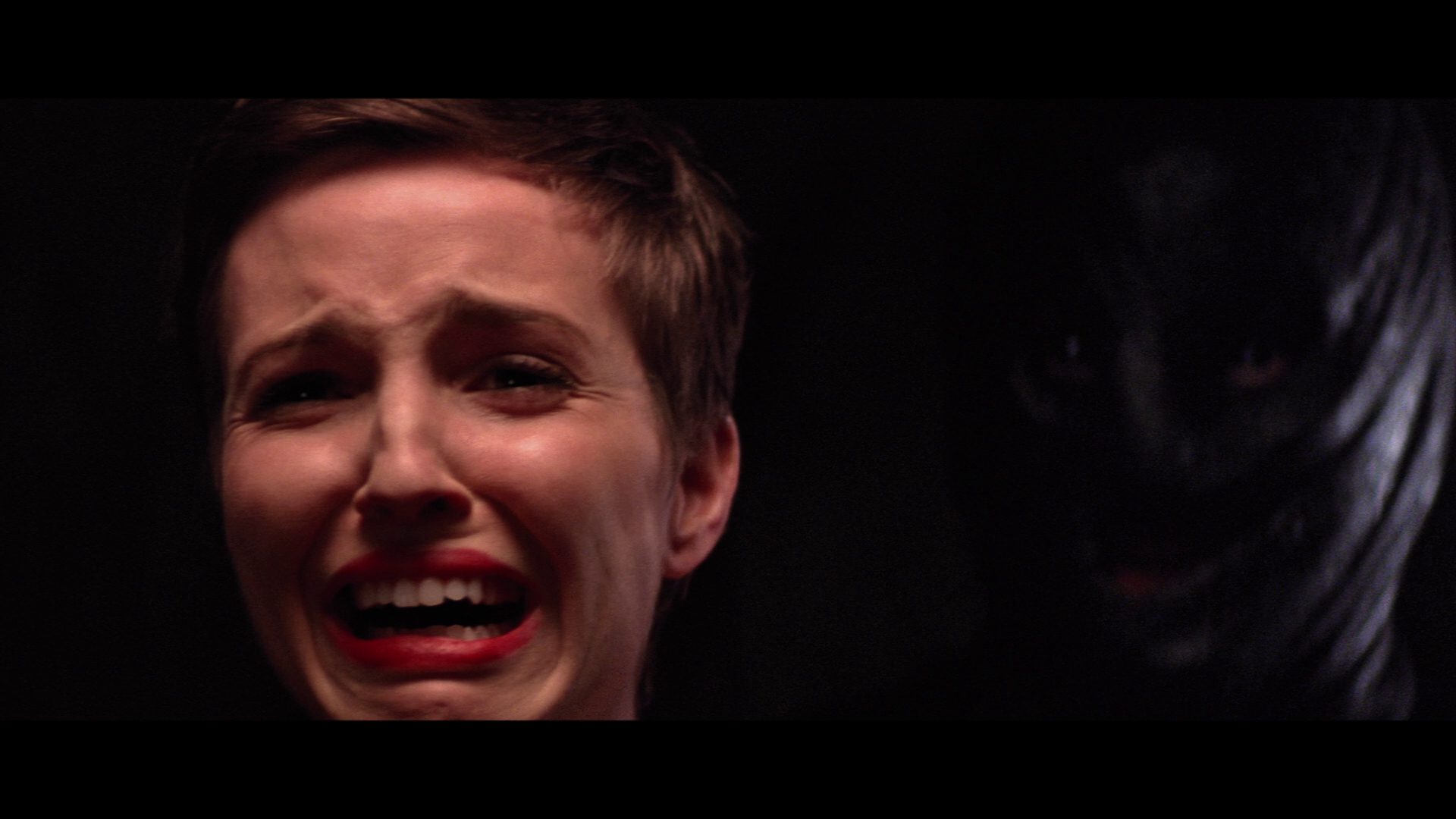 The film's villain is certainly menacing, with his mirrored contact lenses and black leather mask. The Collector lacks reason and compassion, which makes him alternatively frightening and tedious. The film's opening really takes the game to a new level after the smaller-scale original. Apparently this guy is able to slaughter hundreds of people at will and get away nearly undetected, but I digress. The remainder of The Collection plays out like a supremely graphic Home Alone, if Kevin were a homicidal maniac hell-bent on protecting his murder house. The traps set all over the hotel are cold, metal, spikey, and lethal, and the disposable team meets their demise one by one.

There's a bit of fun to be had with all the carnage if that's your thing, but The Collection is a one-note film. The traps lose their shock value, and The Collection isn't particularly suspenseful. The Collector stalks his prey from behind the scenes but you always know his location, and it's hard to care about any of the characters outside Arkin and Elena. This is only Dunstan's second directorial effort, and I suspect his keen eye for framing and composition will be better utilized on future projects. The Collection is a scant 82 minutes of blood and guts, nothing more. 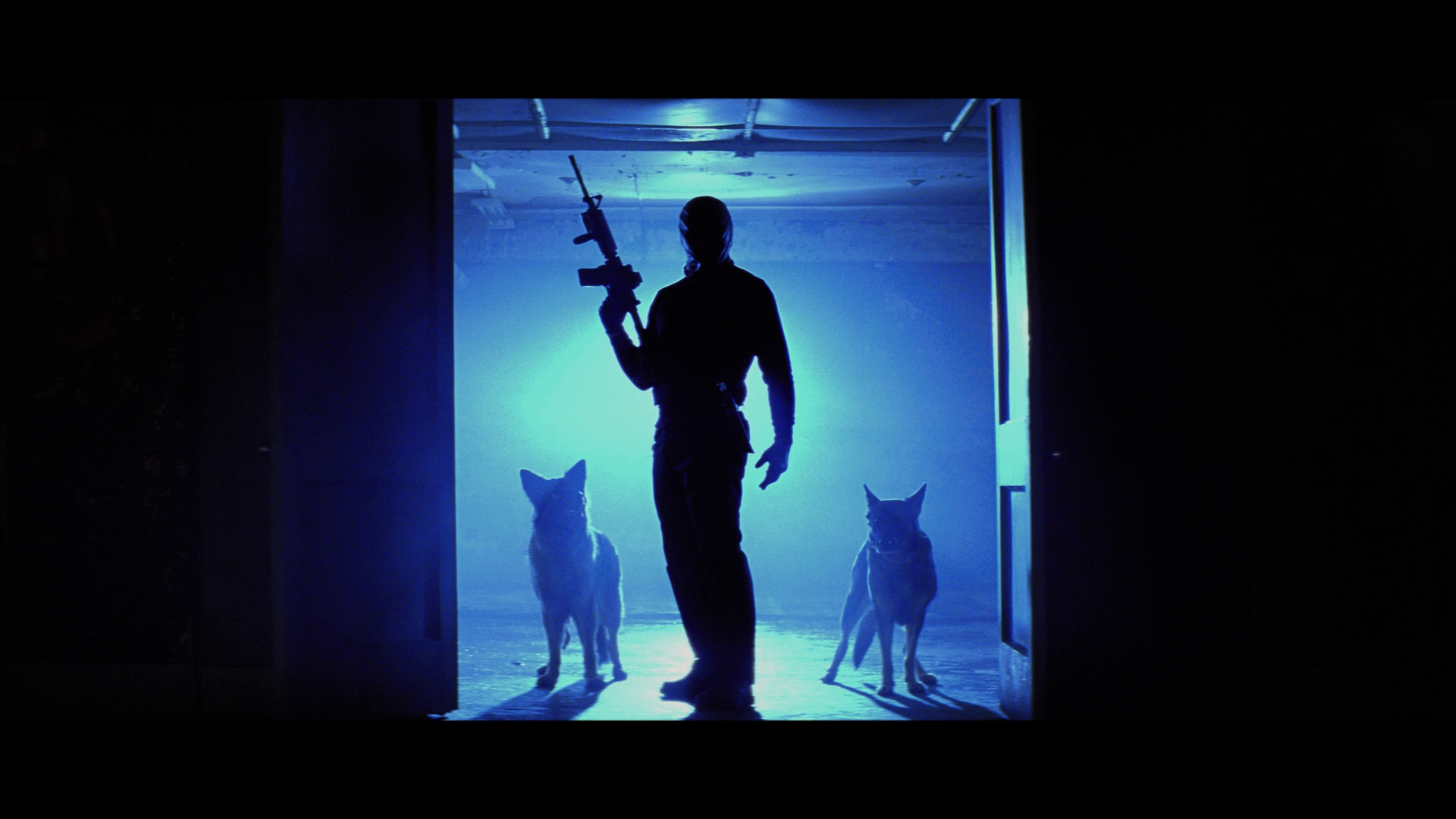 The 2.35:1/1080p/AVC-encoded transfer is extremely detailed, and the confines of the Collector's torture chamber are presented in frightening clarity. Close-ups reveal grit, blood and sweat, and wide shots probe the murky depths of every dank room. Black levels are good, and crush is kept in check, which is fortunate since much of the film takes place in dimly lit rooms. There's a bit of noise in an early outdoor scene, but I didn't notice this problem again.

The 5.1 DTS-HD Master Audio soundtrack roars, immersing the viewer in the chaos. The subwoofer supports the sickening traps, and the surrounds are used for all the corresponding creeks, groans and yells. Dialogue is crisp and clear, and effects and score are appropriately balanced. English, English SDH and Spanish subtitles are included. 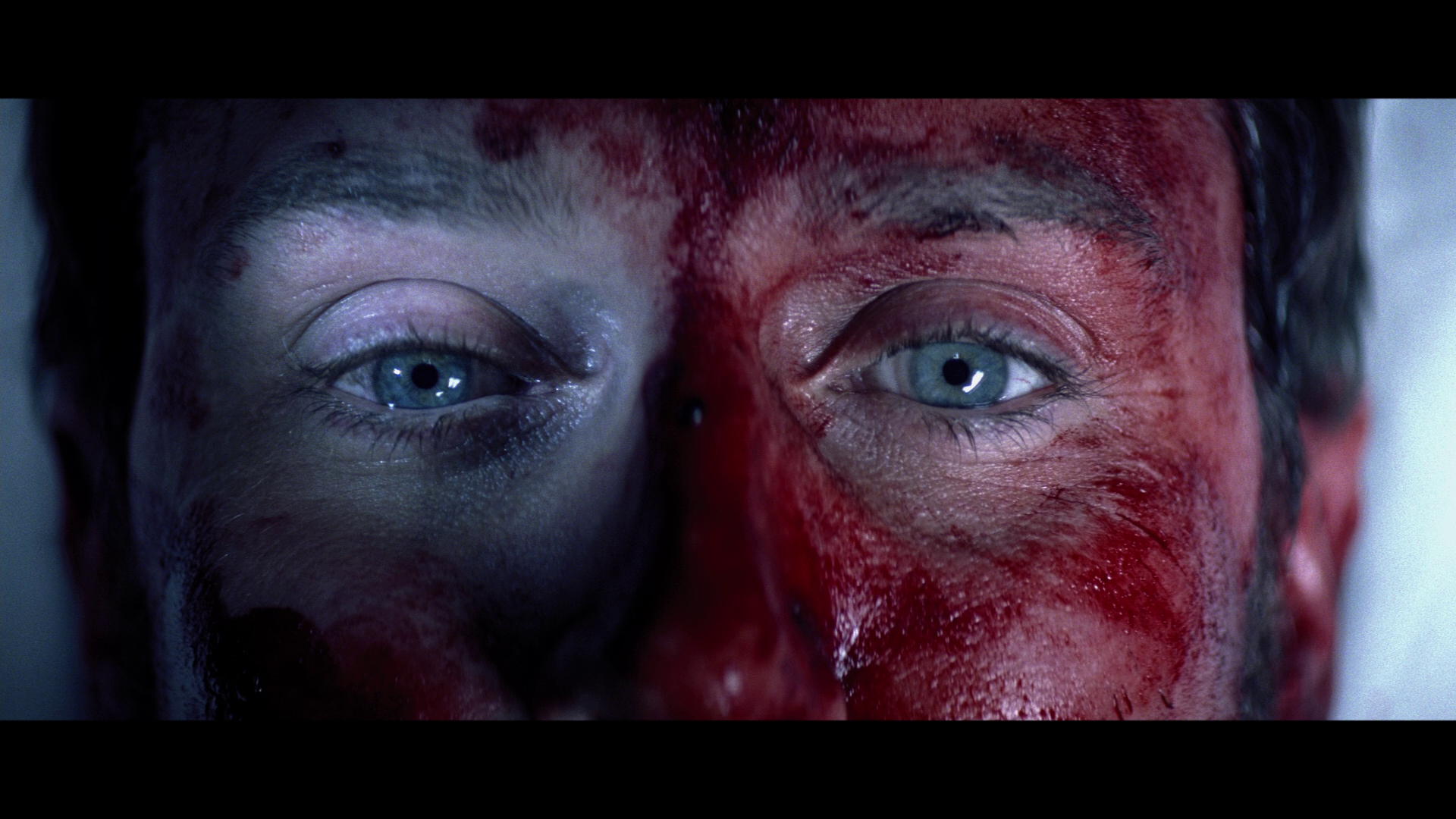 This one-disc release from Lionsgate is packed in a Blu-ray eco-case and wrapped in a slipcover. Included is an insert with codes to redeem iTunes-compatible and UltraViolet digital copies. In the Audio Commentary from Director Marcus Dunstan and Co-Writer Patrick Melton, the pair discusses the material passionately, and it's obvious the filmmakers worked hard to bring a polished thriller to the screen. There are also a number of Alternate Scenes (6:09/HD) and Several Featurettes (24:08/HD): "A Director's Vision;" "Makeup and Effects of The Collection;" "Production Design;" "Special Effects of The Collection;" and "Stunts of The Collection." Finally, you get a Theatrical Trailer (2:12/HD).

I certainly wasn't expecting a sequel to the 2009 horror film The Collector, but here it is! This gory follow-up is fun to a point, but quickly turns into a reel of graphic torture traps. The villain is creepy and the practical effects fun, so it's at least worth a rental for genre fans. Rent It. 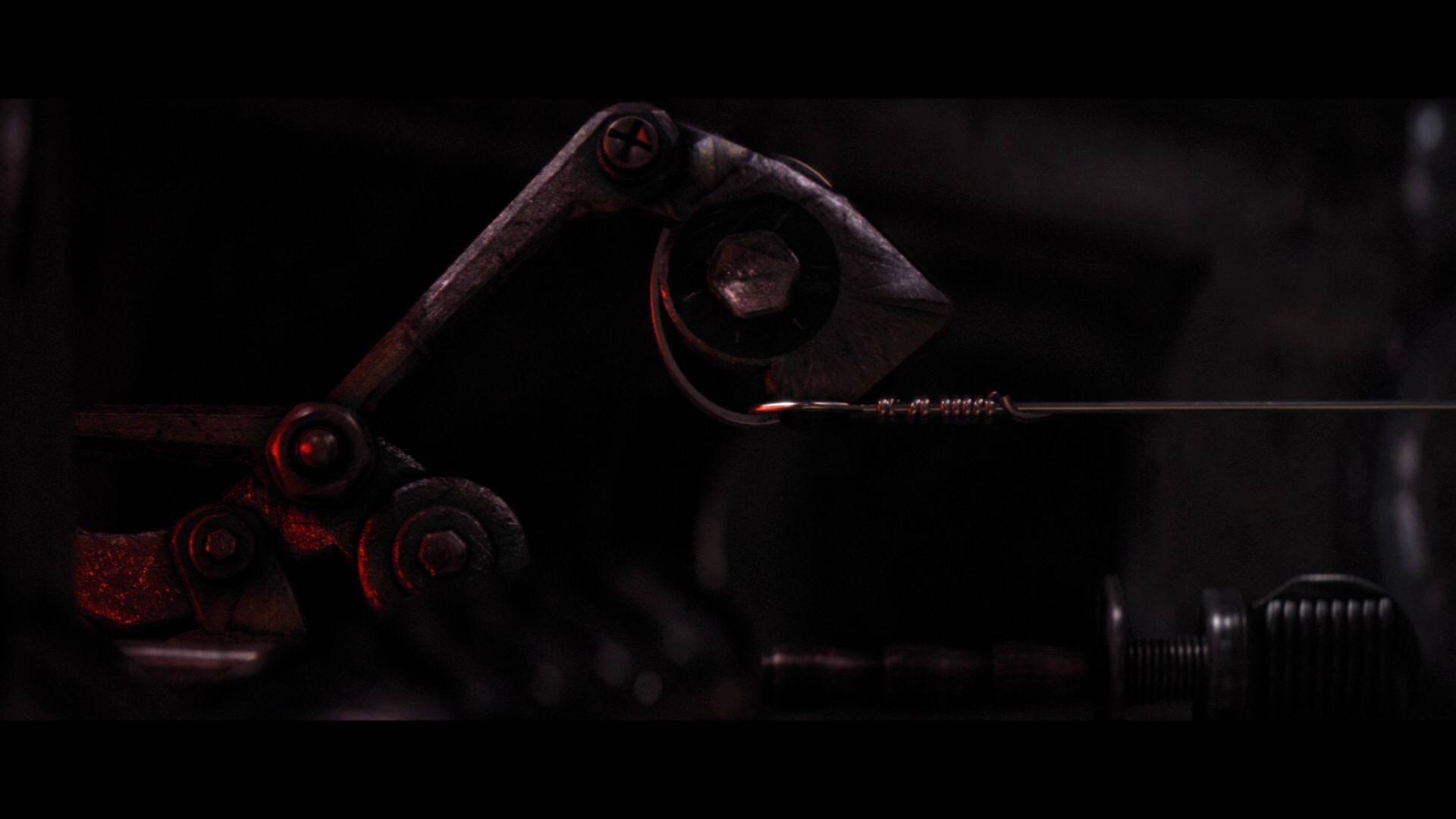 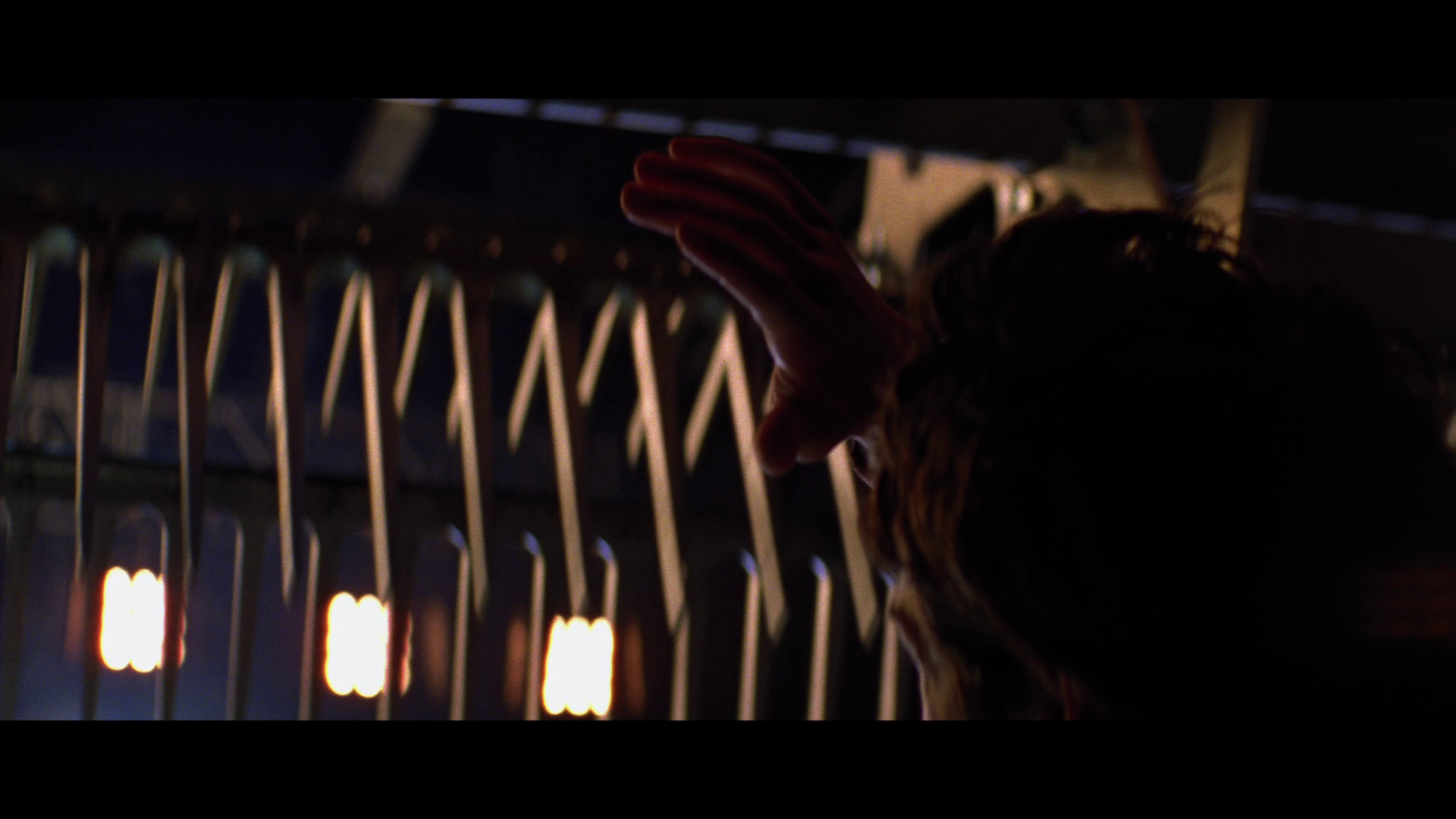 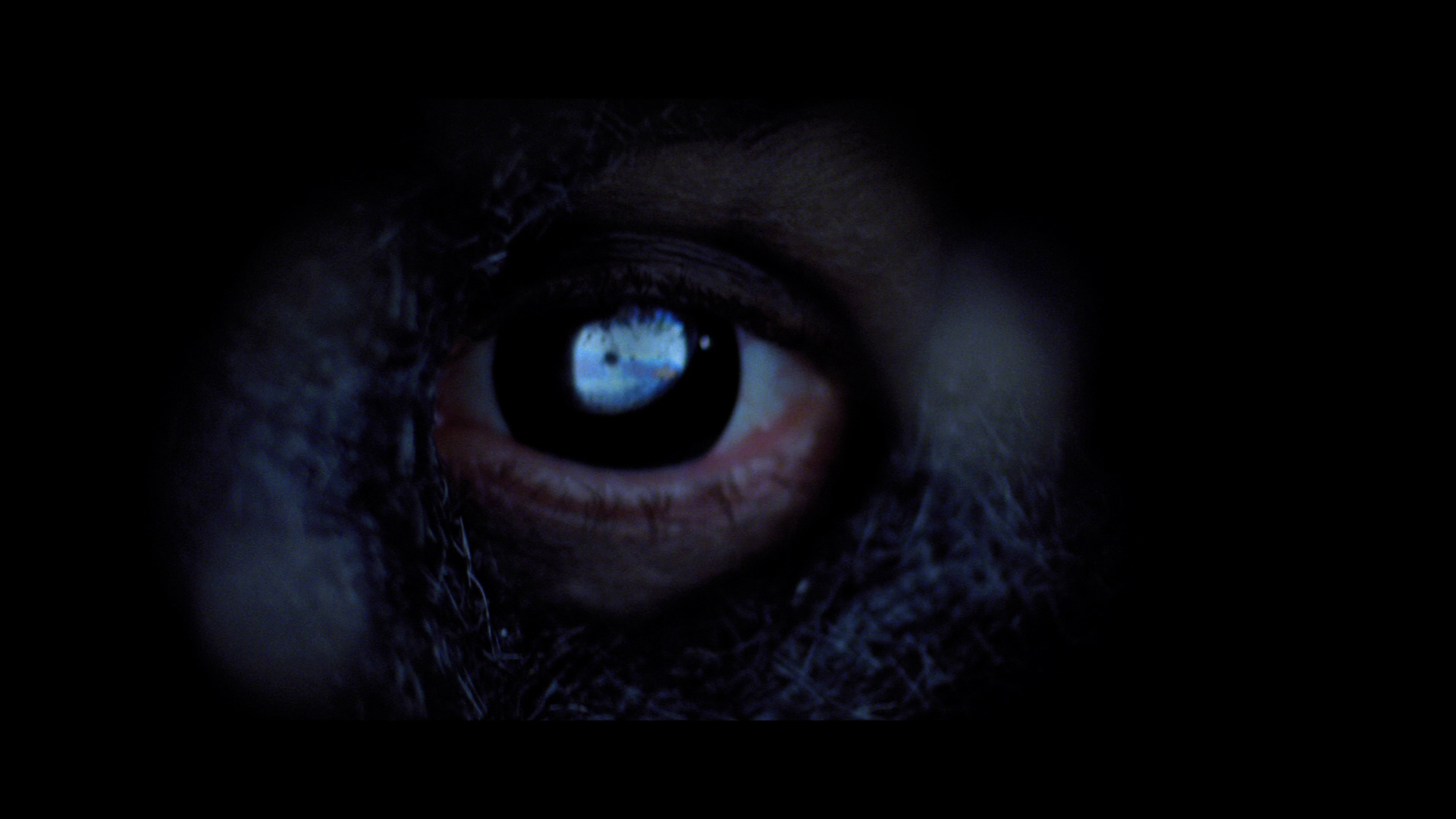 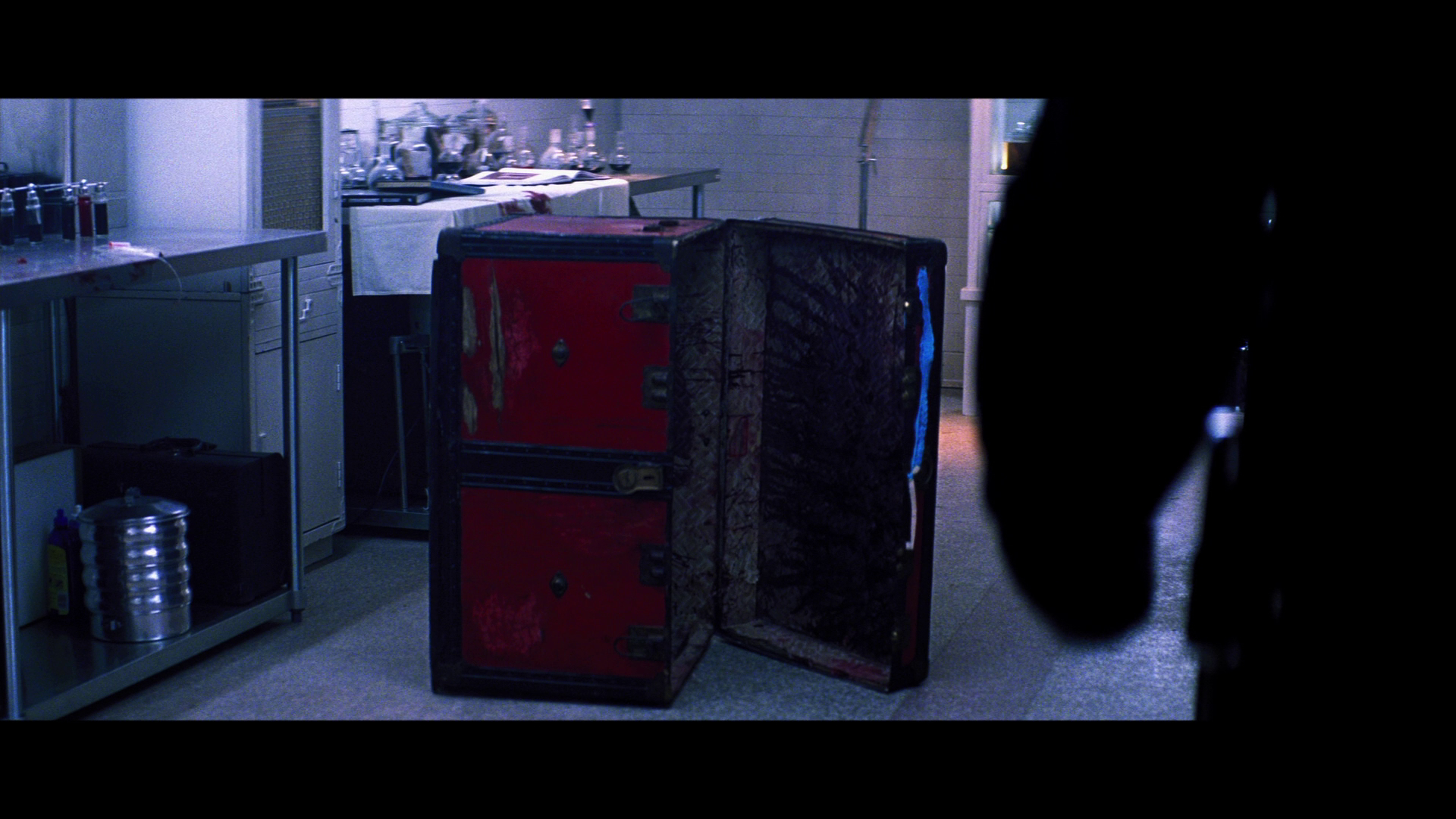 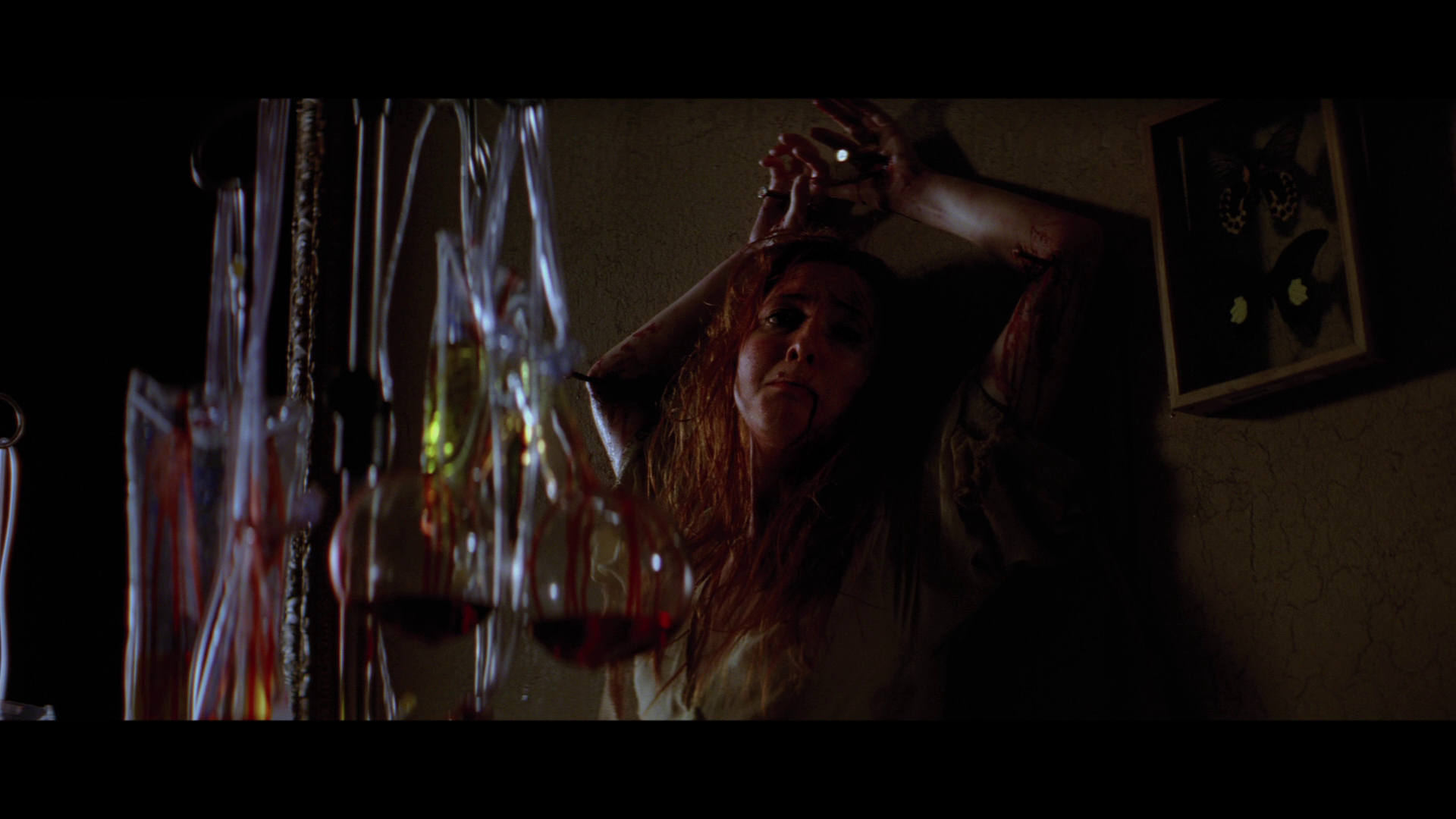 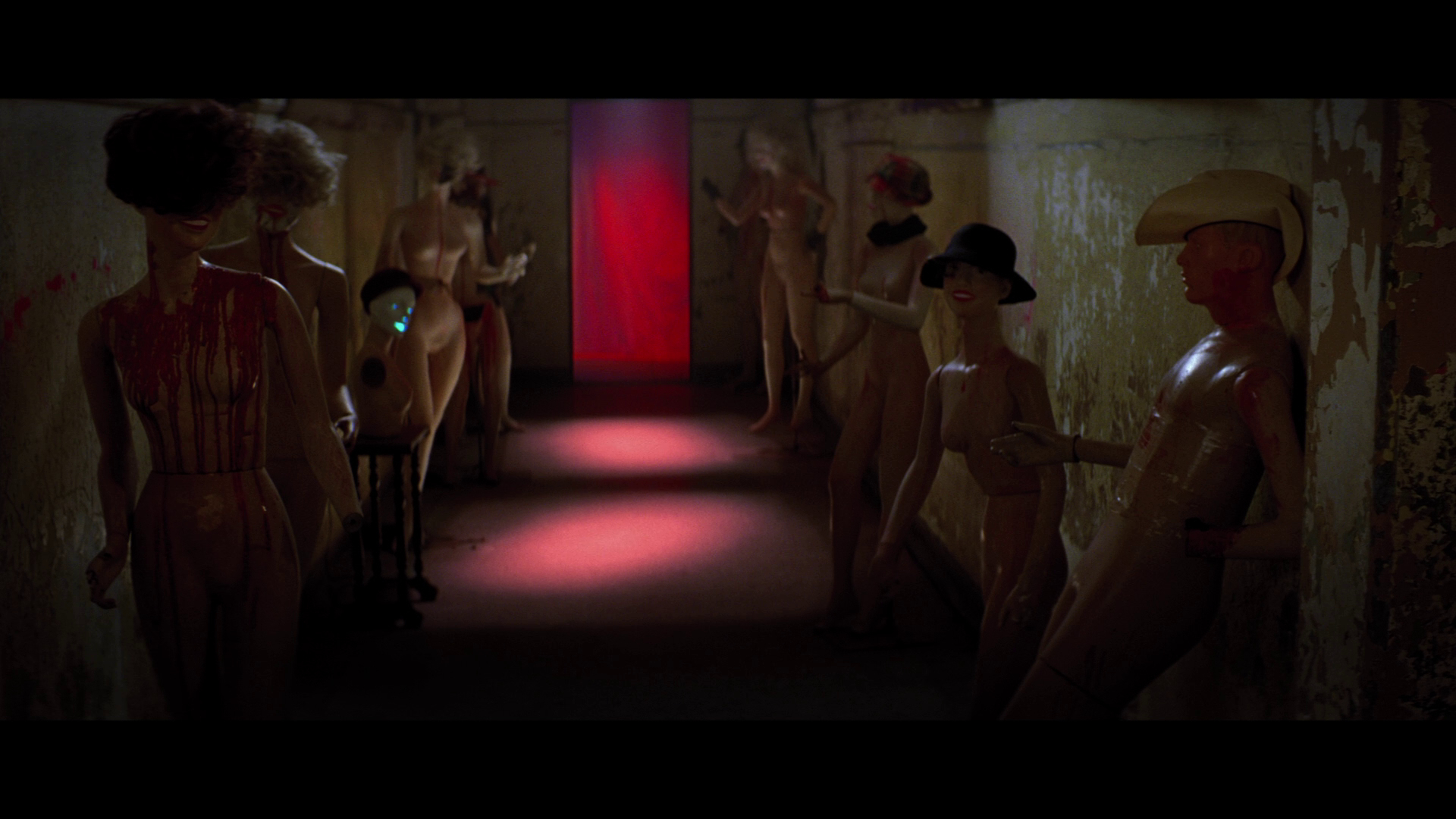 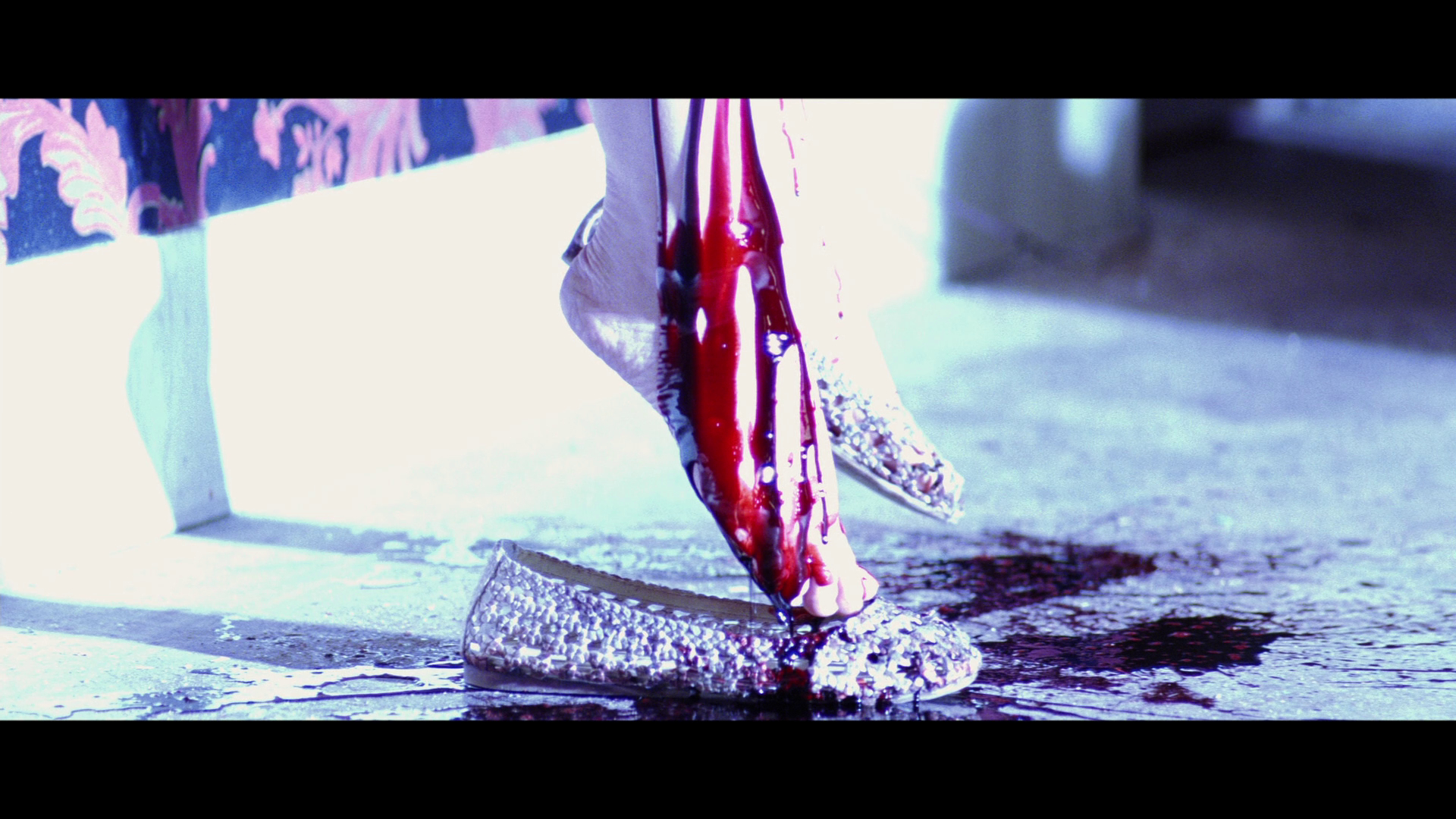 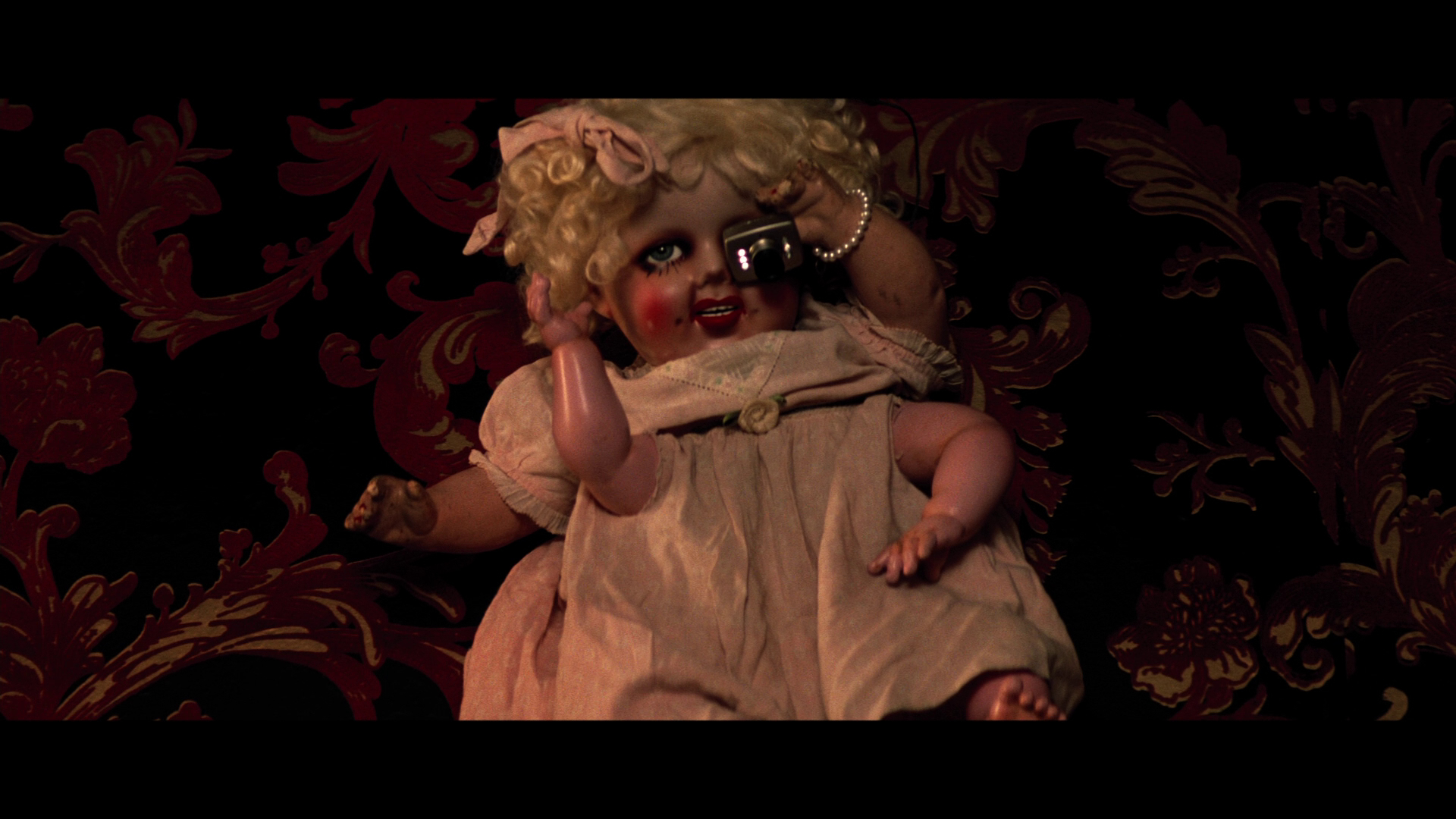