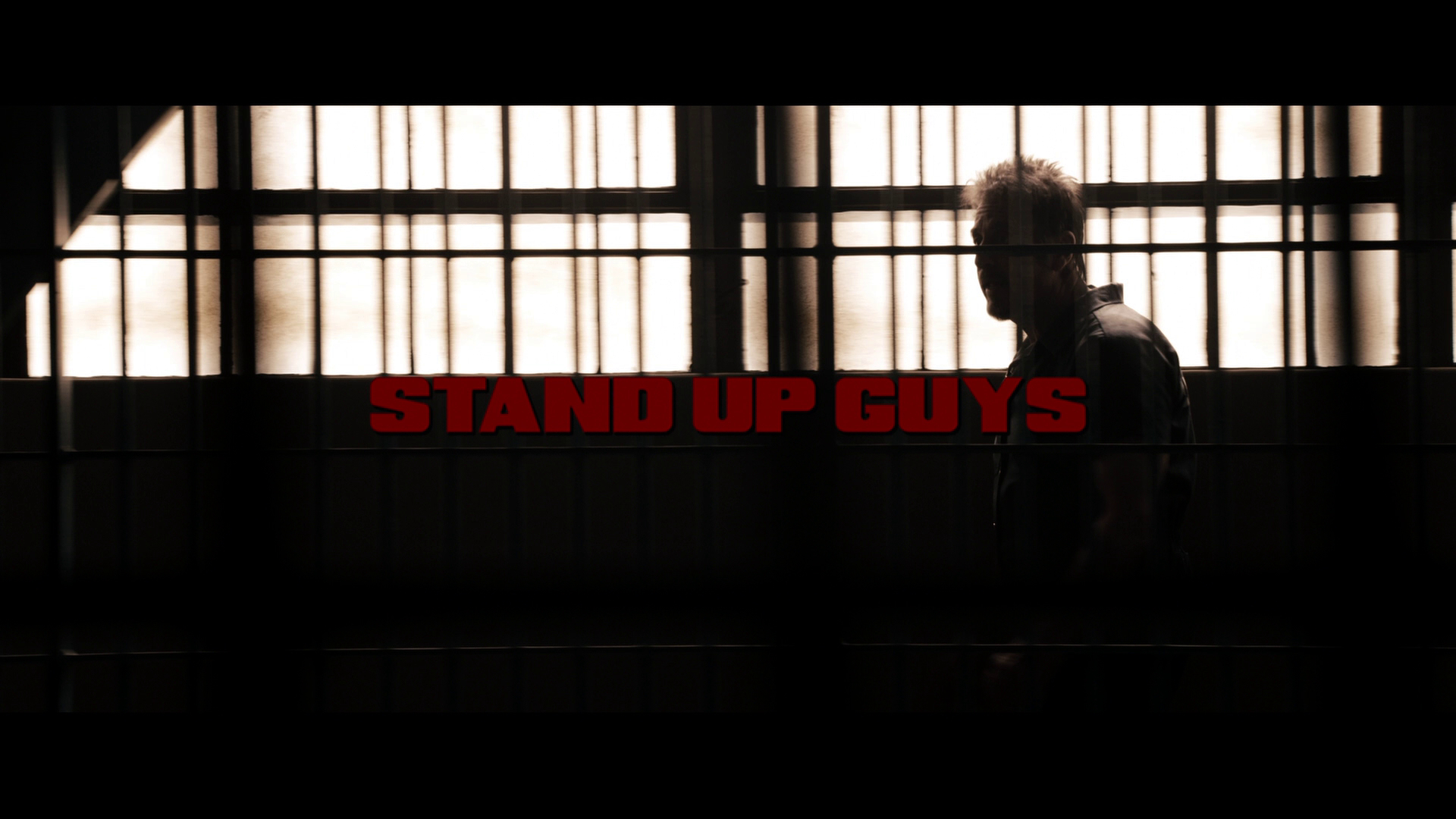 I lamented the aging of steadfast movie hero Clint Eastwood in my review for Trouble with the Curve, and have similar feelings about Al Pacino, Christopher Walken and Alan Arkin in Stand Up Guys. I guess it's time to accept that my acting heroes are not getting any younger, and, particularly in Pacino's case, it's nice to see them in a decent movie. Underneath all the old-man jokes about Viagra and high blood pressure is an affecting story of friendship and sacrifice. Pacino's Val is released after a lengthy prison sentence and joins longtime friends Doc (Walken) and Richard (Arkin) for a night of excess. Had Director Fisher Stevens avoided the silly geriatrics-on-the-run antics and focused more on the Val/Doc relationship and Doc's painful orders from a local crime boss, Stand Up Guys might have been a new classic. As it stands, the film is a well acted, sporadically entertaining and thematically uneven disappointment.

Val went down to protect his friends and served over 28 years before his release from prison. Val and Doc immediately visit a local brothel where their favorite madam has long retired. Doc has mellowed but Val wants to party and adds a variety of stolen and snorted prescription drugs to his boozy high. Local crime boss Claphands (Mark Margolis) orders Doc to kill Val by 10 a.m. the next morning as payback for Val killing his son. Val quickly calls Doc's bluff, telling him to drop the "welcome home bullshit" and level with him. The pair weighs their options while continuing the party with Richard, who leaves his oxygen mask behind for some evasive driving in a Dodge Charger. For every heavy character interaction there is a matching gag, which undercuts the weight of the drama. 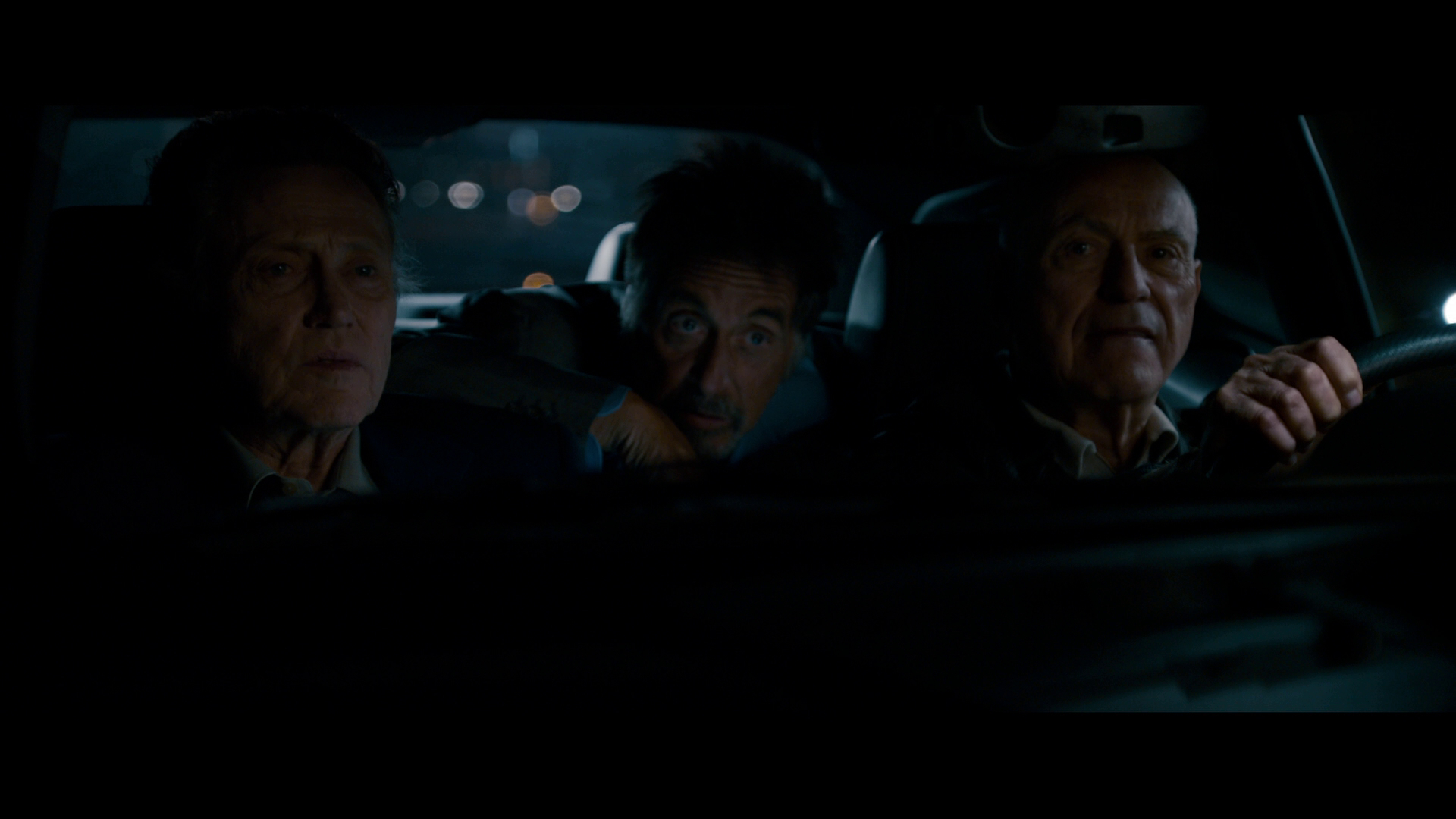 The three leading men are excellent here, particularly Pacino and Walken, who completely sell the lifelong, now-estranged friendship between their characters. Several scenes of loose, possibly improvised dialogue where Val and Doc discuss the past, present and future showcase some of the actors' best work in years. The pain of great sacrifice and numbed anger burns in Pacino's eyes, and Walken gives Doc deep shame and regret over Val's prescription for death. Richard went straight after Val went down, and Doc shares whitewashed stories of the old times with Richard's adult daughter, now an ER nurse. Stand Up Guys is free of the overacting that has been plaguing recent Pacino efforts, and it's nice to see Pacino regaining some subtlety.

The problem with Stand Up Guys is that it wants to be three films at once: A rich character study of aging criminals; a goofy old man buddy comedy; and a bloody actioner. All these ingredients combine to form a slightly sour whole, and only the first facet of the film is particularly interesting. The revealing, dialogue-heavy scenes that open Stand Up Guys work quite well, but the Grumpy Old Men-style gags are stale. The eventual action has a natural place in Stevens' story, but the film's climax is not particularly satisfying. Buried under all the gunfire and bellyaching is a satisfying character drama, but it's nearly smothered by the bombast. 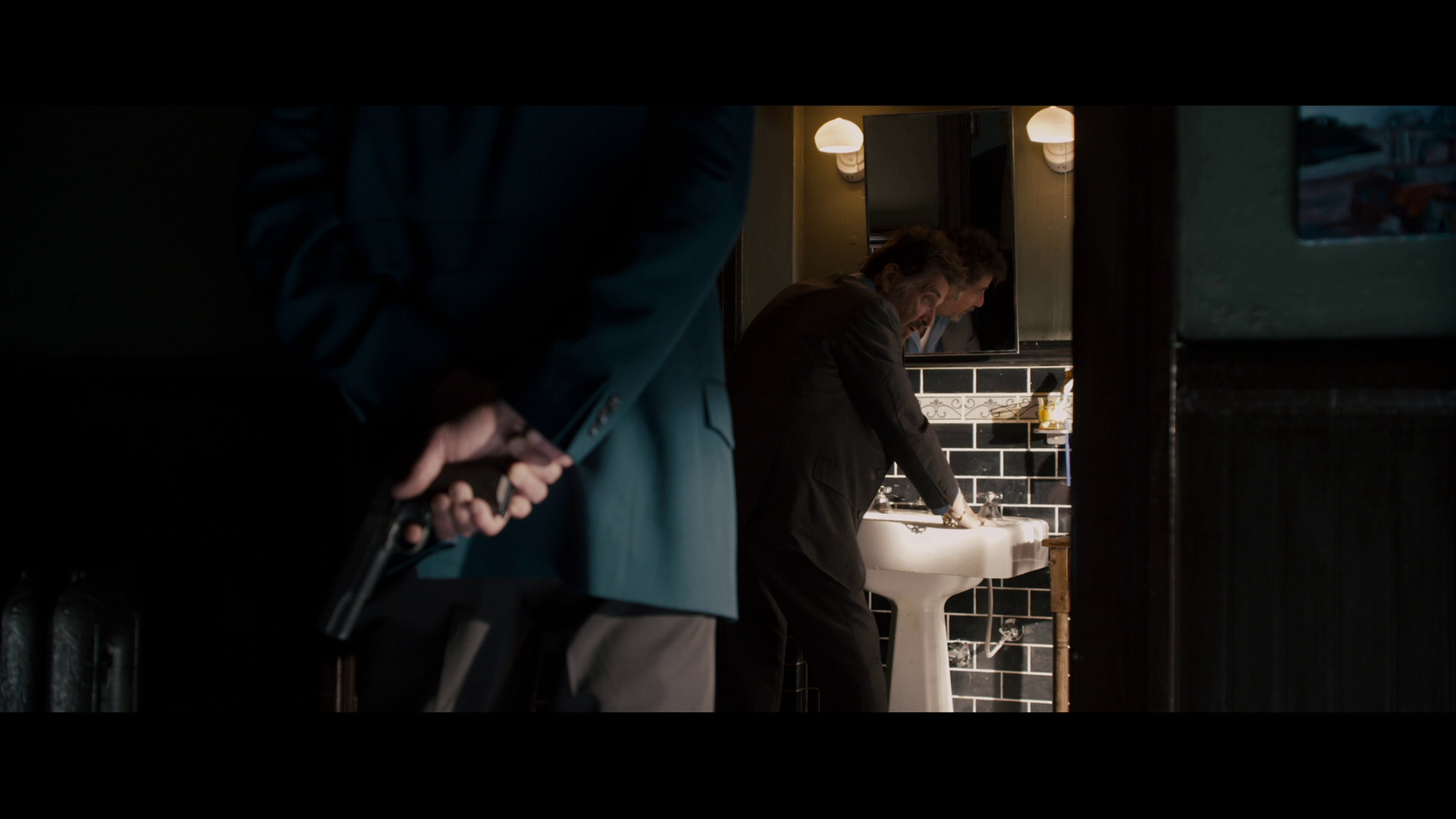 The 2.40:1/1080p/AVC-encoded transfer is excellent, with rich, natural colors and inky blacks. Detail is impressive throughout, particularly in the numerous close-ups, and each frame displays fine texture and depth. Skin tones are natural and colors never bleed. I noticed no issues with banding or shimmer.

The 5.1 DTS-HD Master Audio mix is also effective, and provides a rich, immersive viewing experience. The score is deep and nicely mixed, and dialogue is crystal clear. Ambient effects frequently surround the viewer, and the limited action effects are punchy and receive ample LFE support. A Spanish 5.1 Dolby Digital track is also available, as are English, English SDH and Spanish subtitles.

This one-disc set arrives in a Blu-ray eco-case and is wrapped in a slipcover. Lionsgate provides codes to redeem iTunes-compatible and UltraViolet digital copies. In the Audio Commentary with Director Fisher Stevens, the director proves a compelling orator, describing all manner of themes and production technicalities. The Lowdown on Making Stand Up Guys (11:54/HD) provides cast and crew interviews and some on-set footage, and The Stand Up Songs of Jon Bon Jovi (4:46/HD) is an interview with the rocker about his contributions to the soundtrack. American Muscle - The Stand Up Stunt Driving Scenes (5:03/HD) compares storyboards to the finished chase scene, and the two Deleted Scenes (2:35/HD) are of little consequence.

The quality of the performances from Al Pacino, Christopher Walken and Alan Arkin is not lacking in Stand Up Guys. Unfortunately, the story, which is an uneven blend of character drama, geriatric sight gags and bloody action, crumbles under its own weight, leaving Stand Up Guys as a well acted disappointment. Rent It. 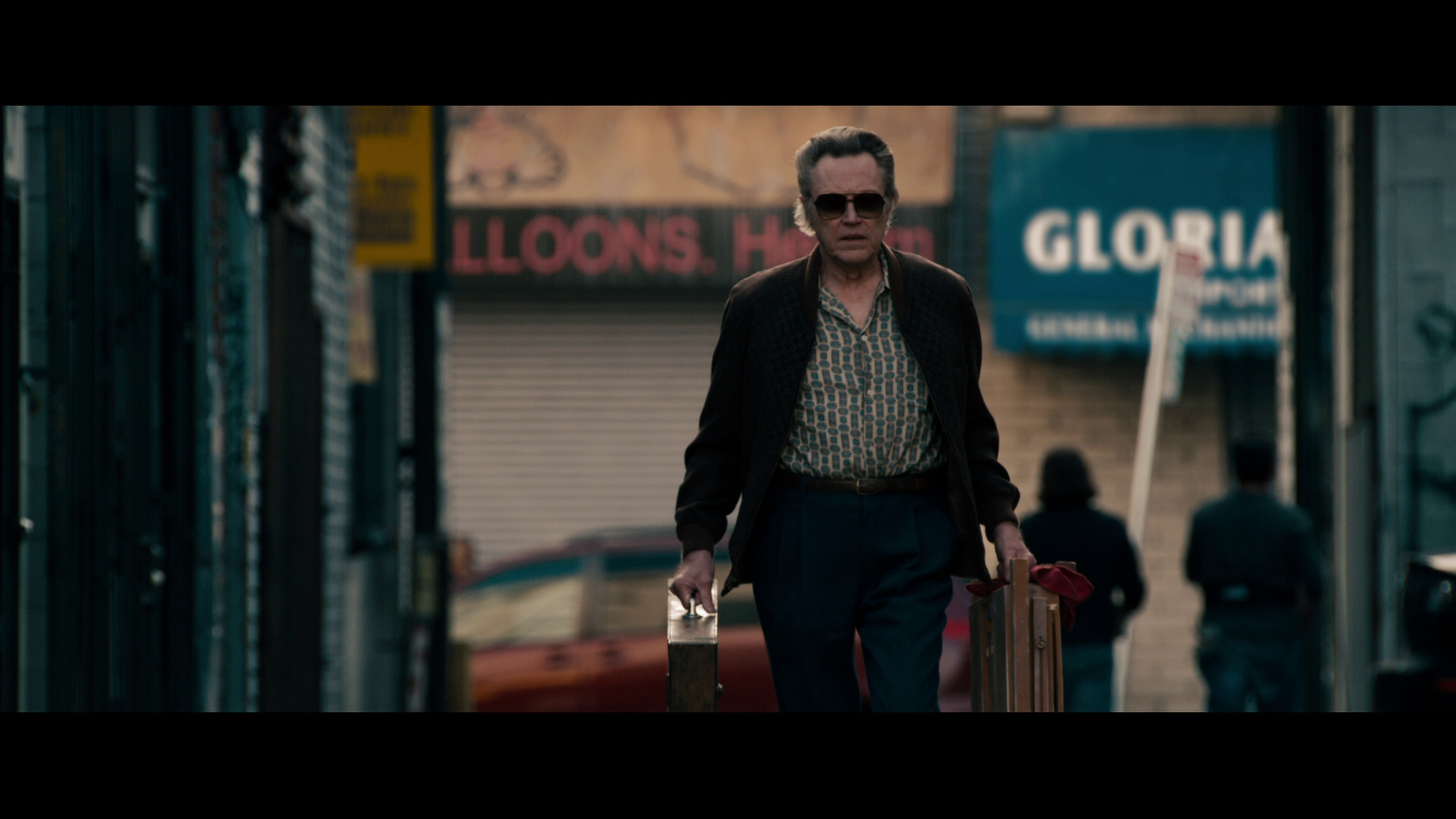 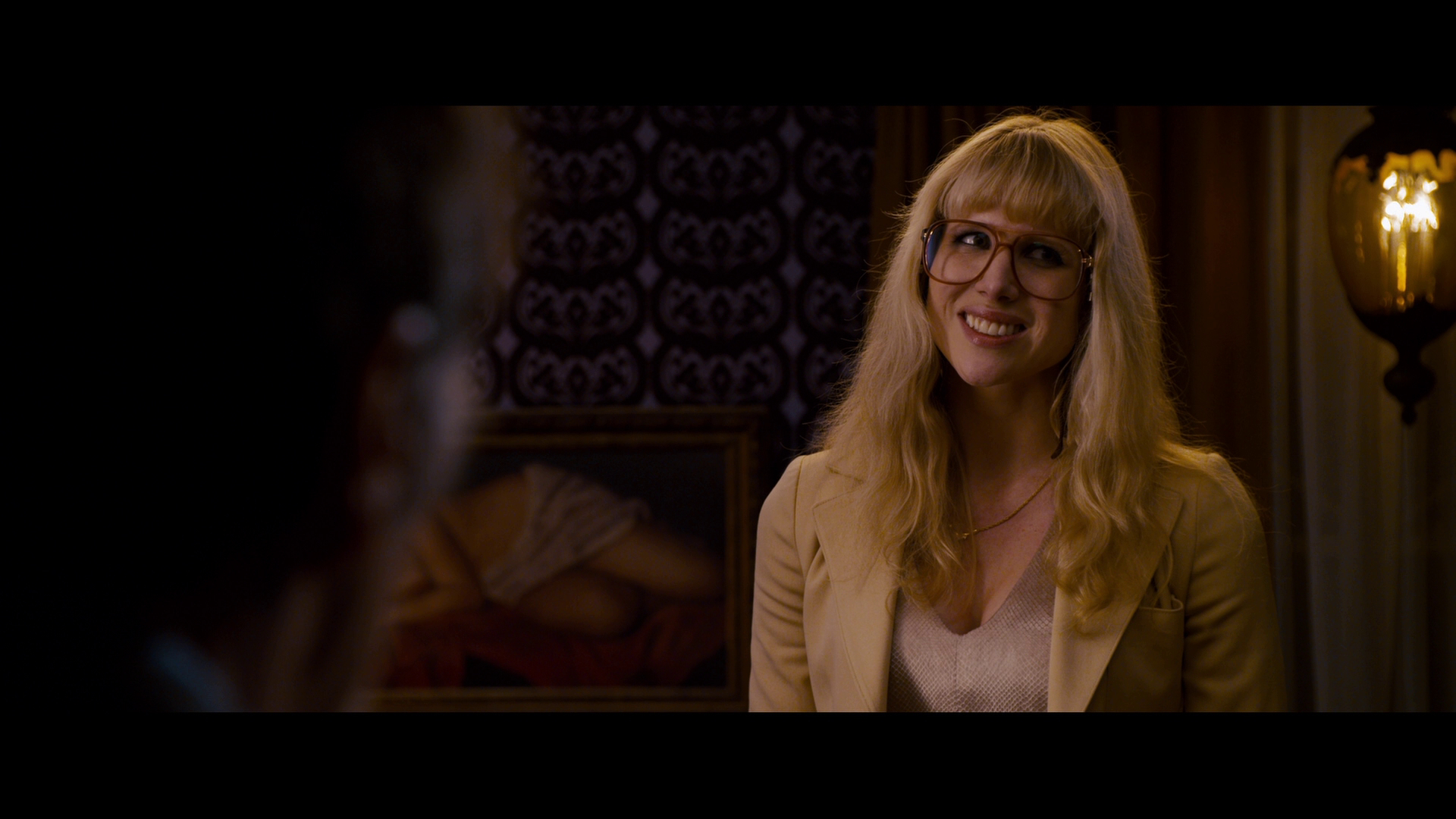 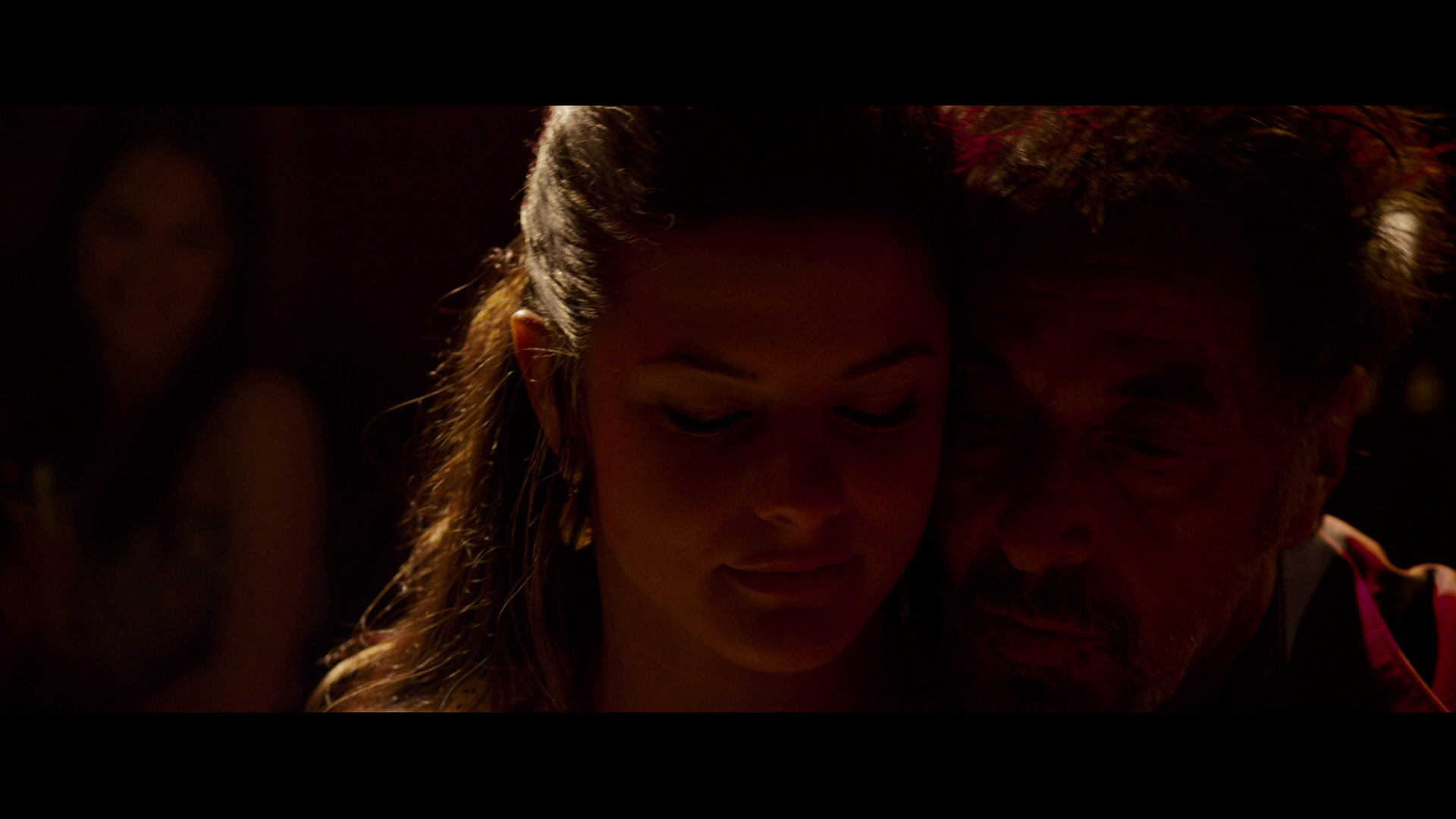 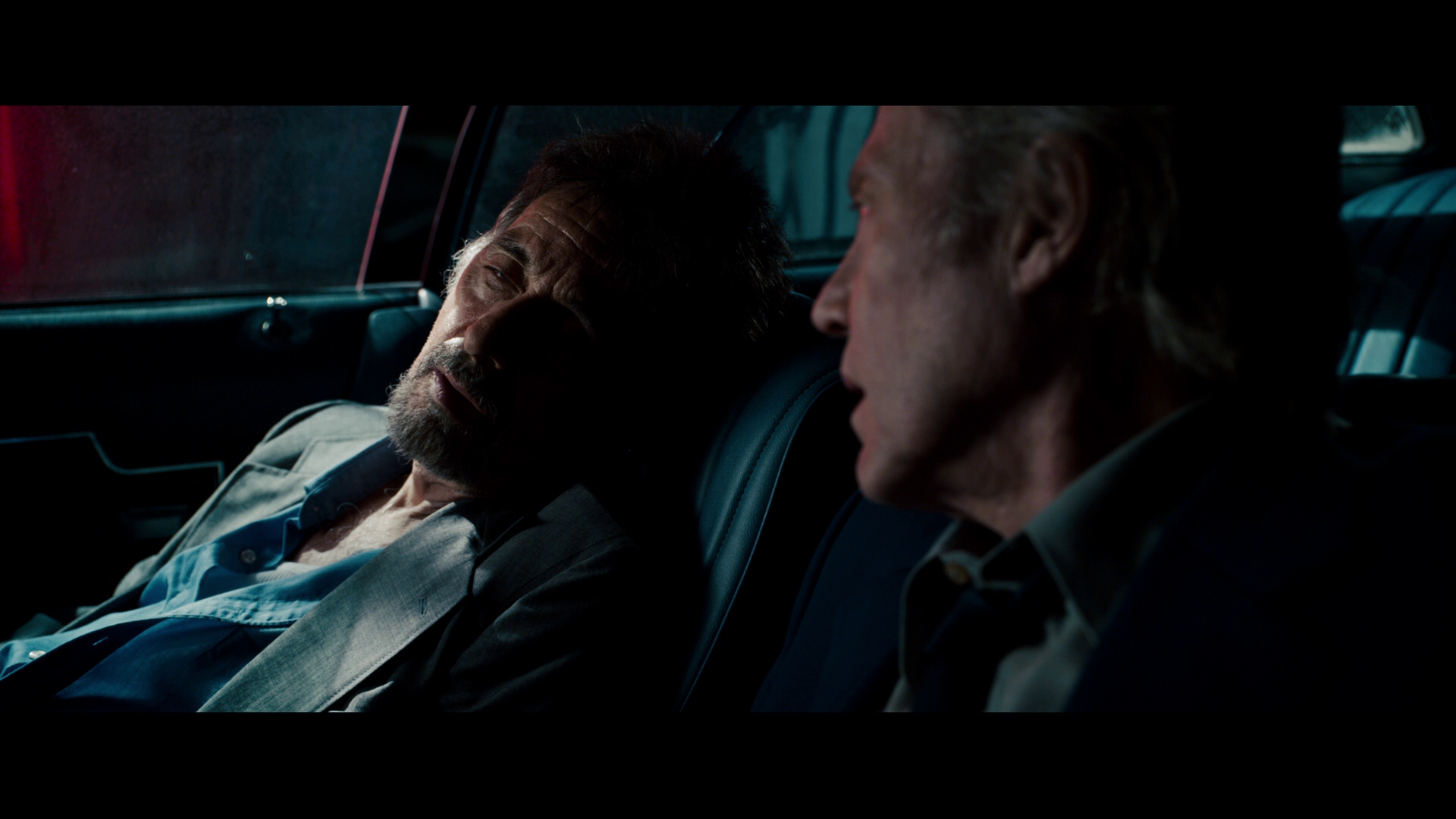 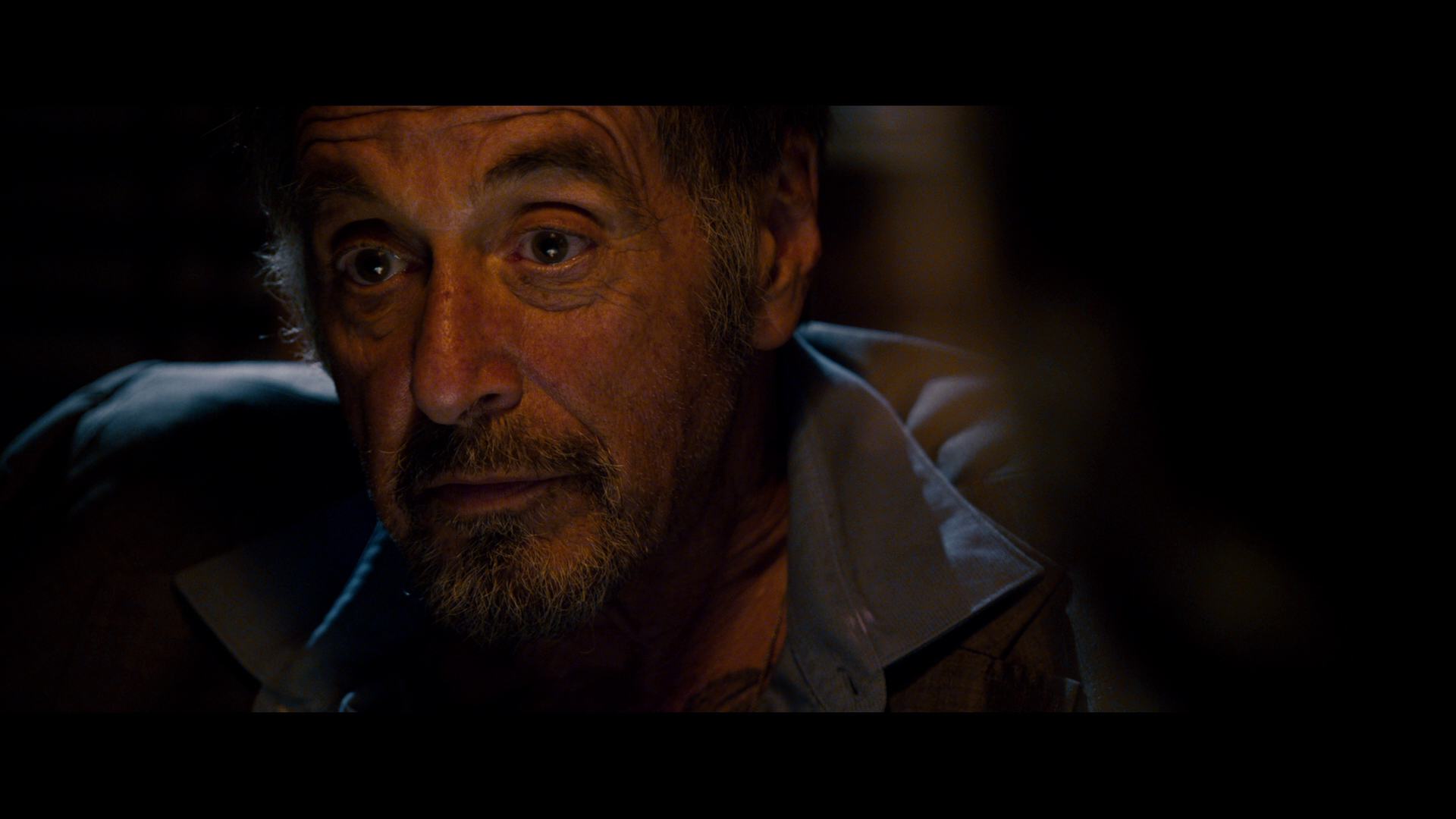 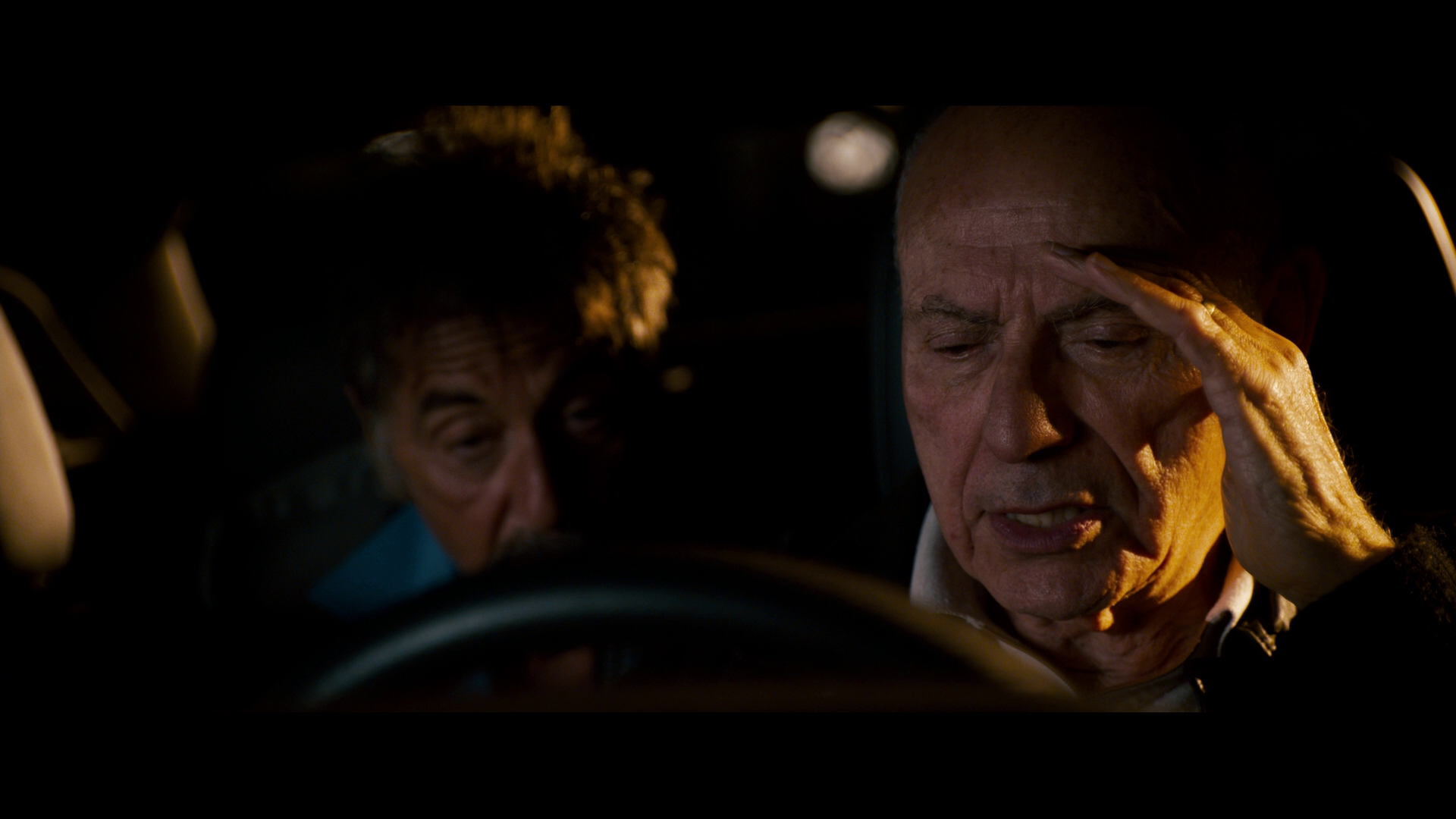 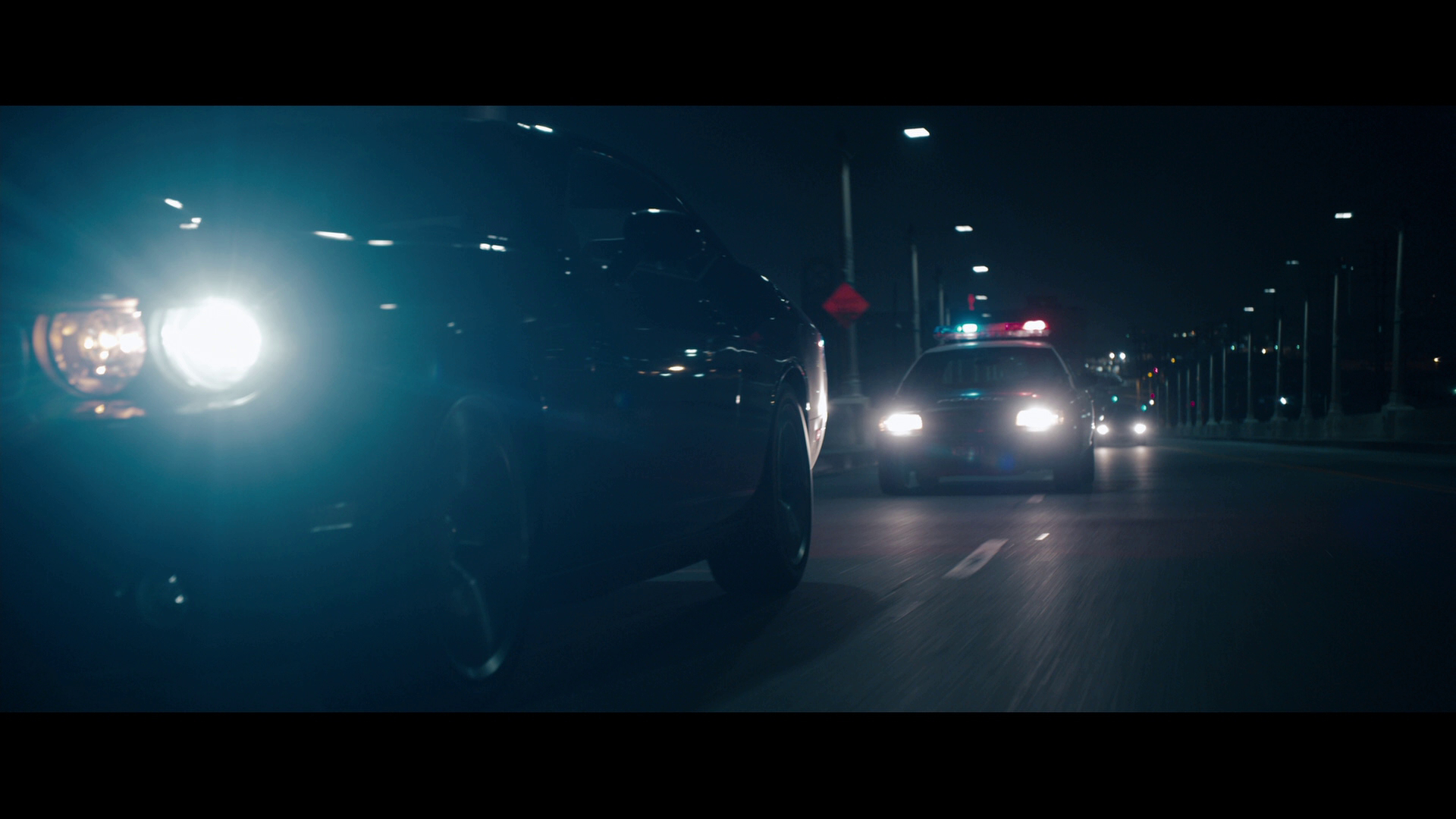