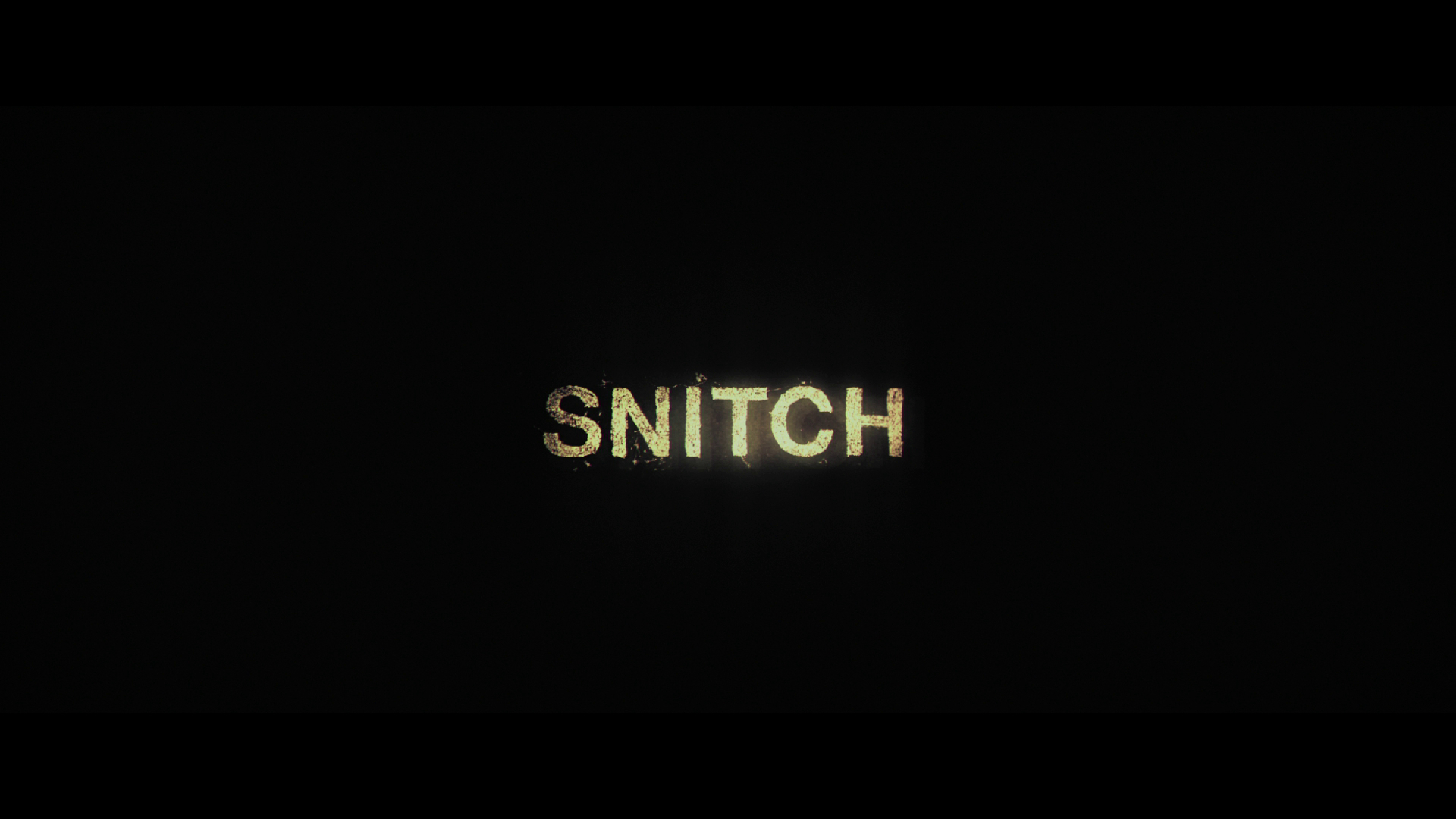 Dwayne Johnson's tough-guy swagger and imposing physical presence do not faze the agents of the international drug cartel to which Johnson's construction-company owner John Matthews finds himself suddenly tied. Johnson plays against type as a desperate suburban father who agrees to help the Feds make a high-profile drug arrest in exchange for releasing his eighteen-year-old son from prison. Snitch is based on true events and directed by Ric Roman Waugh, who gained a minor cult following with his gritty drama Felon. The film comes down hard on federal mandatory minimum sentencing guidelines, which dictate lengthy active prison sentences for offenders convicted of drug manufacturing and trafficking. Matthews' son Jason (Ravi Gavron) is in jail after being set up by a friend looking to cut a similar deal with federal prosecutors, and Snitch is adamant that the system as applied to a first-time offender is grossly unfair. The film's message is a bit muddled from the start, and by the time Johnson and The Walking Dead's Jon Bernthal started running money for a Mexican cartel I wasn't sure exactly who or what the film was condemning.

College-bound Jason foolishly accepts a mail delivery of ecstasy from a friend looking to stash the drugs, only to find himself in handcuffs after DEA agents bust down his door. Jason's friend planned the bust with federal prosecutors after he was arrested for a similar crime. Matthews and ex-wife Sylvie (Melina Kanakaredes) arrive at the jail, where Jason's lawyer tells them he is facing a minimum of ten years in federal prison. The young, handsome Jason is soon the target of jailhouse violence, and Matthews forces a meeting with United States Attorney Joanne Keeghan in hopes of getting him released. Keeghan, a hardline Republican running for Congress, believes in the mandatory minimum sentencing guidelines and only agrees to reduce Jason's sentence if he snitches on someone else. Since Jason neither deals drugs nor knows any drug dealers, Matthews has to convince Keeghan to let him help make a bust instead. Matthews then calls on ex-con Daniel James (Bernthal), one of his employees, to make an introduction to big-time drug dealer Malik (Michael Kenneth Williams) and get his risky plan in motion. 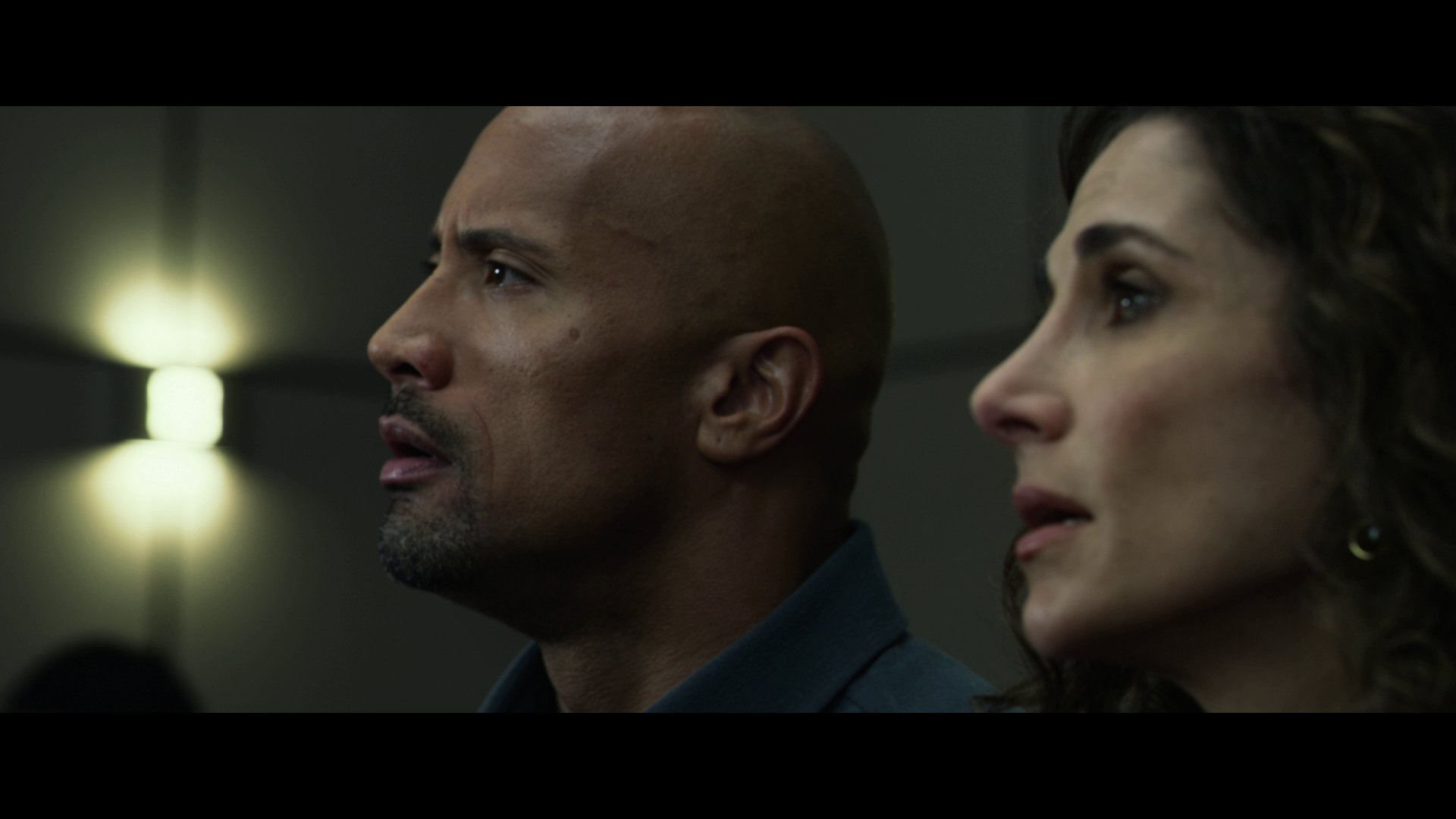 As best I can tell, Snitch is not actually based on "true events" or real people but is inspired by research the filmmakers conducted on United States drug enforcement policies. Snitch makes the case that current guidelines encourage federal drug defendants to snitch on others in exchange for a more favorable sentence. Since the minimum sentence for a federal drug conviction is so steep, defendants will often roll over on others to varying degrees of truth and success. Snitch paints Jason as a naÃ¯ve kid who made a terrible mistake, so it of course feels unfair that he could be facing ten years in prison. Since Snitch is above all a film meant to entertain an audience it takes more than a few liberties explaining federal drug laws and the internal politics of the legal system. Lacking is the "common sense" factor provided by gatekeeper federal prosecutors who recognize hardened drug criminals. They have discretion when recommending a sentence, and the film's entire "innocent incarceration" premise is likely overblown. That said, Snitch is a work of fiction and isn't the first film to oversimplify a complicated topic.

Johnson is everywhere these days, most recently in the excellent Fast & Furious 6, and continues to improve as an actor. Johnson really commands the screen, and with this role takes on a less assuming character who cannot use brute force alone to move mountains. Matthews' work for Malik soon leads to him being tapped by cartel enforcer Juan Carolos Pintera (Benjamin Bratt) to drive a cartel load to Mexico (Matthews has access to several eighteen-wheelers through his construction company), and Keeghan pressures Matthews into diving deeper into the drug operation by using Jason's freedom as leverage. It is at this point that Snitch's message gets a little convoluted. How far must Matthews go to save his son and at what cost? Cartel agents, drug dealers and others are killed and injured during the undercover operations, and Matthews endangers James and his family by failing to inform him of his DEA ties. The whole thing feels a bit implausible, particularly the actions of a supposed veteran federal prosecutor and the seasoned DEA agents led by Barry Pepper that allow a man unaccustomed to drug enforcement to spearhead such a risky operation. 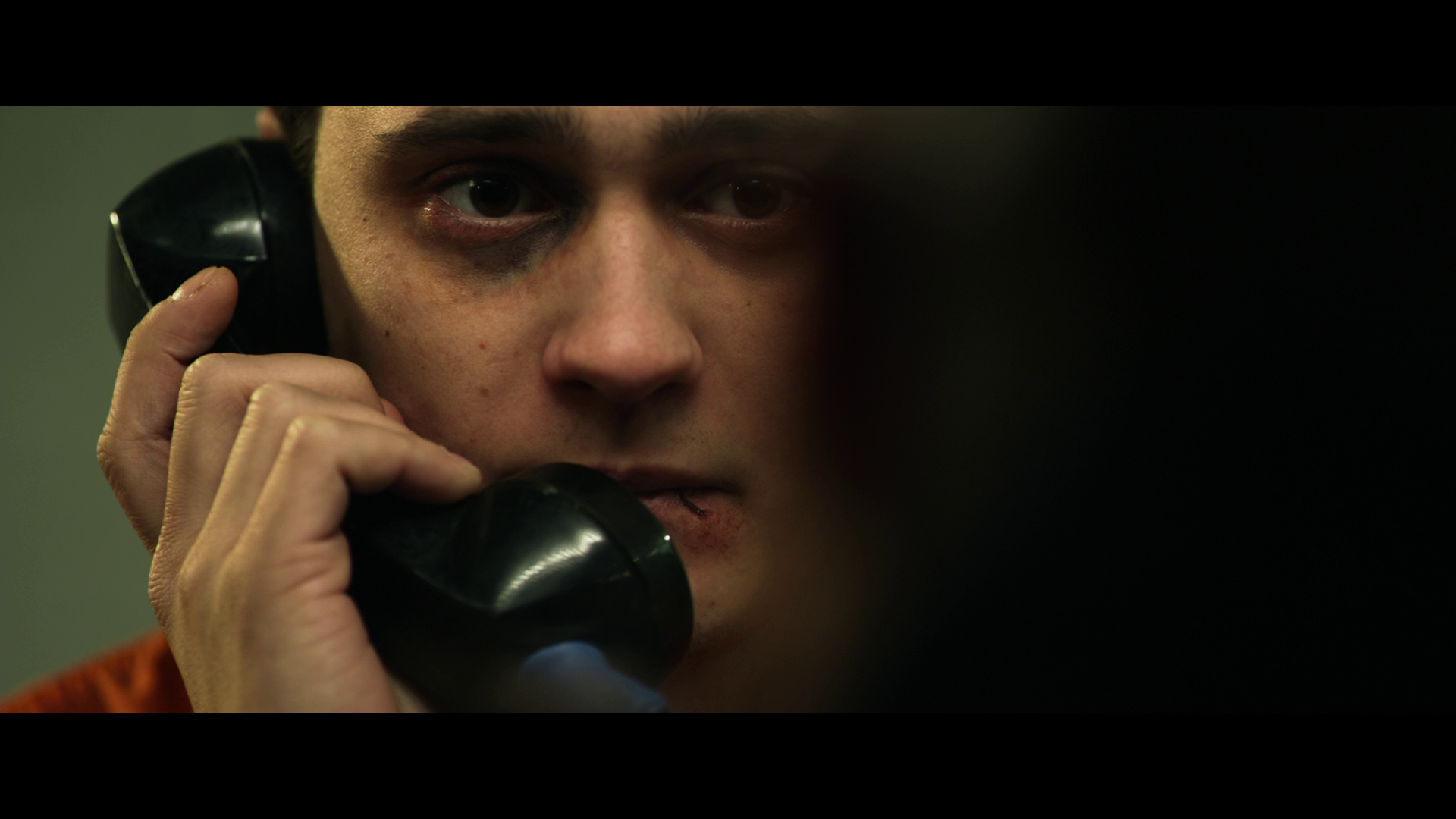 I am definitely overthinking Snitch, which is not half bad if you turn your brain off. Waugh displays a nice eye for staging drama and action, and Snitch moves at a good clip throughout. Bernthal is very convincing in his role and displays the right mix of fear, anger and resilience. I like the dual-family relationships that add to the drama, particularly Matthews' assumption that his ex-wife turned a blind eye to Jason's previous troubling behavior. It's interesting to see Sarandon playing a character with political views far from her own, and, while I think Snitch makes her both a little too crazy and a little too personally involved in her cases, she brings her usual touch of class to the proceedings. The narrative is fairly compelling throughout, though I felt James was in far more danger of injury or incarceration than Matthews. That aspect of the story supplied gravitas lacking from other portions of the film. Despite my concerns with the subject matter, Snitch is a fine rental. 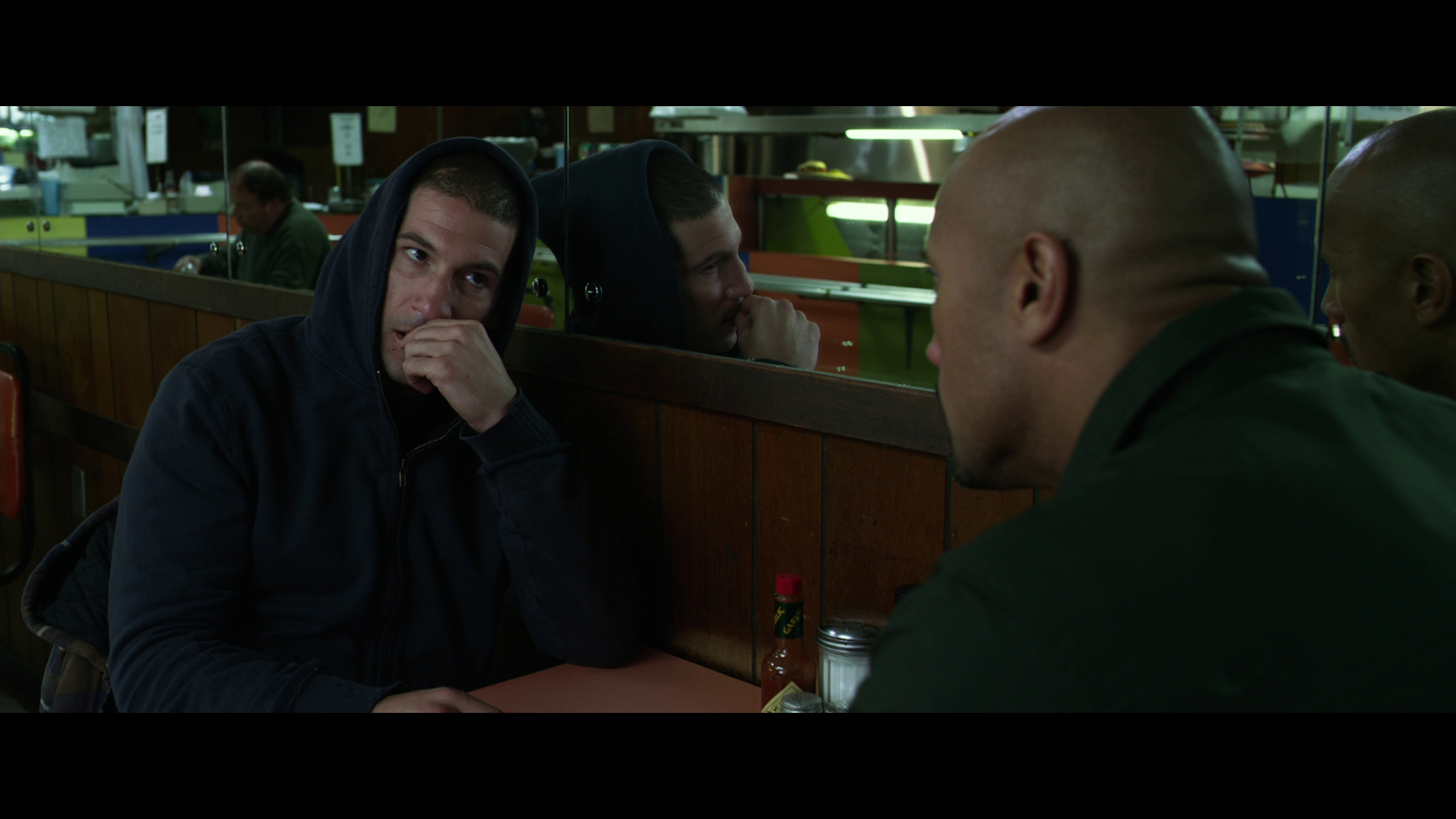 The 2.40:1/1080p/AVC-encoded image is absolutely stunning. This is one of the sharpest, most detailed transfers I have ever seen on Blu-ray, and it's certainly up there with other reference-quality titles. The image is crystal-clear throughout, with exceptional detail and texture. Close-ups reveal minute facial features, sweat, stubble, hair patterns and wrinkles. Wide shots are deep and rock solid, without a hint of noise or artifacting. Black levels are excellent and never crush the detail underneath. Skin tones are accurate, colors are beautifully saturated and there is absolutely nothing for me to complain about here.

The 7.1 DTS-HD Master Audio soundtrack is similarly impressive. Although there are many action beats in Snitch, much of the film is restrained and dialogue heavy. The mix displays excellent range and clarity, and quieter scenes benefit from wonderful clarity and balance. Dialogue is perfectly audible and mixed nicely with effects and score. Ambient effects frequently surround the viewer, and action effects are absolutely explosive, making great use of the surrounds and the LFE. A Spanish 5.1 Dolby Digital track is also included, as are English, English SDH and Spanish subtitles. 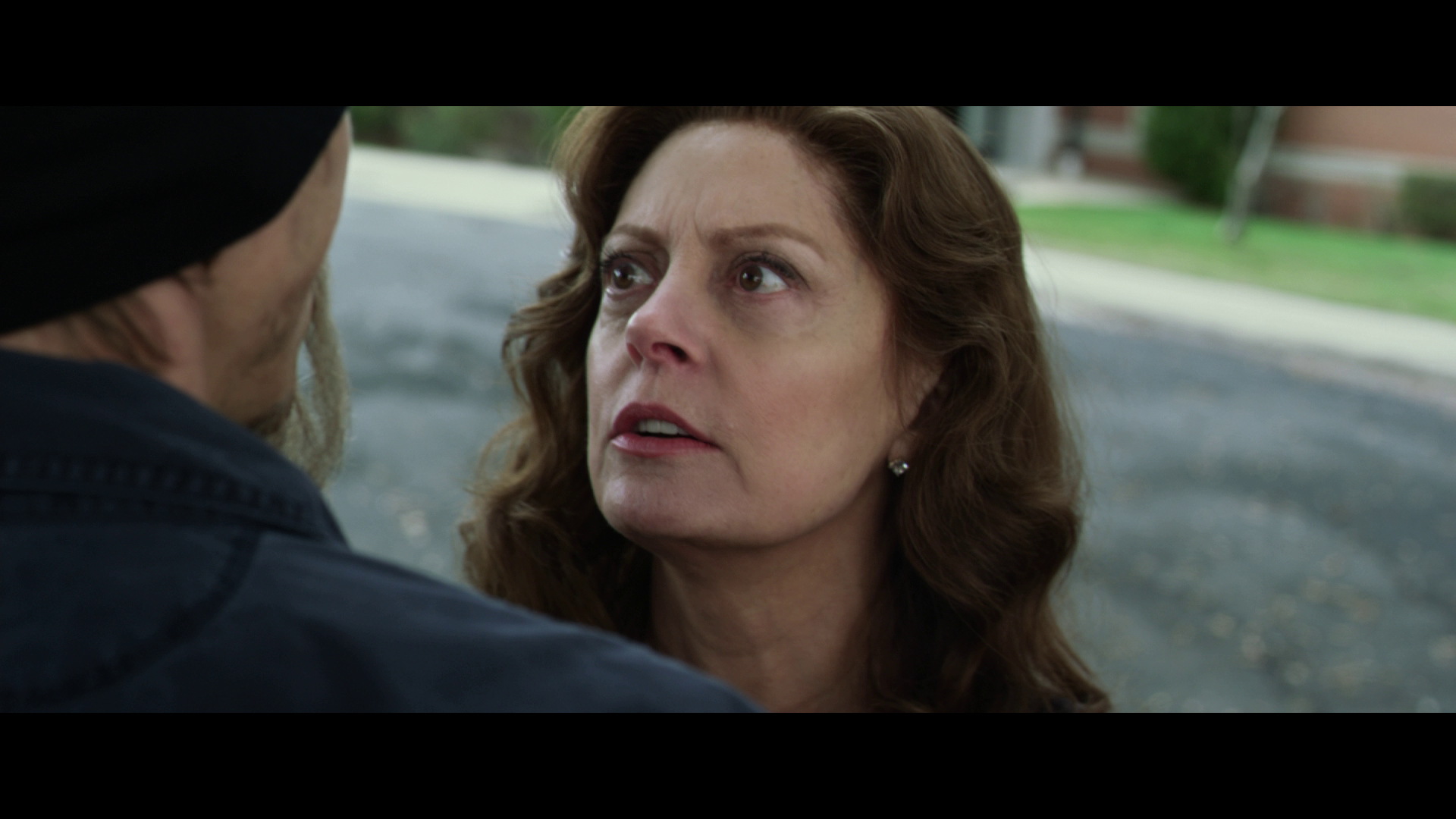 This single-disc release from Summit is packed in a standard Blu-ray case, which is wrapped in a striking foil slipcover. Included in the case is an insert with codes to redeem iTunes-compatible and UltraViolet digital copies. The Audio Commentary with Director Ric Roman Waugh and Editor Jonathan Chibnall is packed with anecdotes about the production, and Waugh shares his inspiration for Snitch and reveals that he wanted to cast Johnson specifically to show that physical statute is no match for a drug cartel. Privileged Information: The Making of Snitch (49:47/HD) is a thorough, multi-part making-of piece that touches on the federal drug policy at the film's core as well as the casting, shooting and stunts. Also included are some Deleted Scenes (5:35/HD), one of which was likely trimmed to satisfy the MPAA and fixes a continuity goof about Jason's girlfriend. Things wrap-up with the film's Theatrical Trailer (2:27/HD) and some bonus previews.

Dwayne Johnson continues his streak of strong leading performances as suburban father John Matthews, who agrees to help federal prosecutors make a high-profile drug arrest in exchange for his son's release from prison. The film's condemnation of strict mandatory sentencing laws for drug traffickers is a bit oversimplified, and its message gets a bit muddy by the time Matthews is running drugs and money for a cartel. Nevertheless, Snitch benefits from strong performances by Johnson, The Walking Dead's Jon Bernthal, Susan Sarandon and Barry Pepper. Rent It. 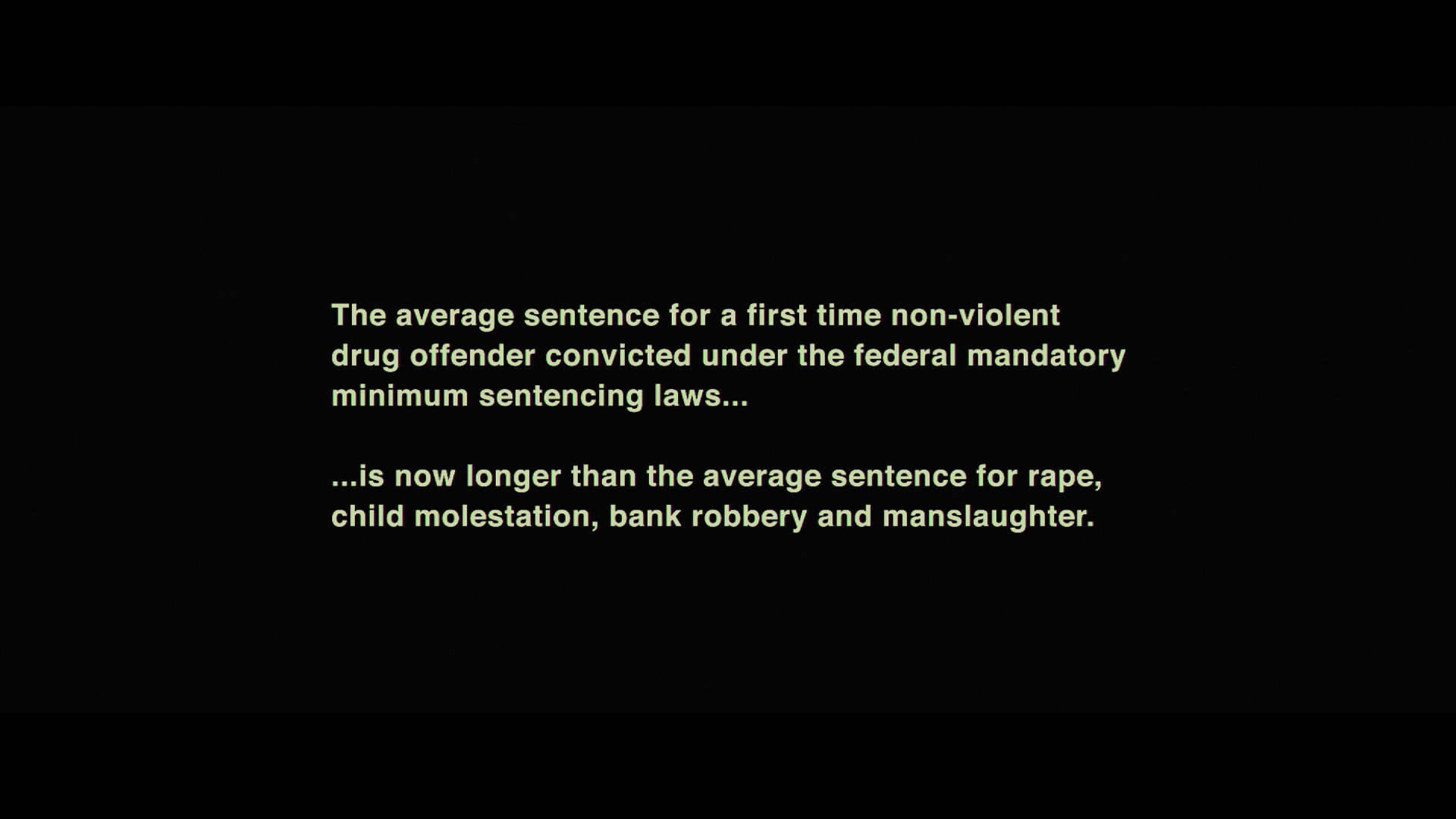 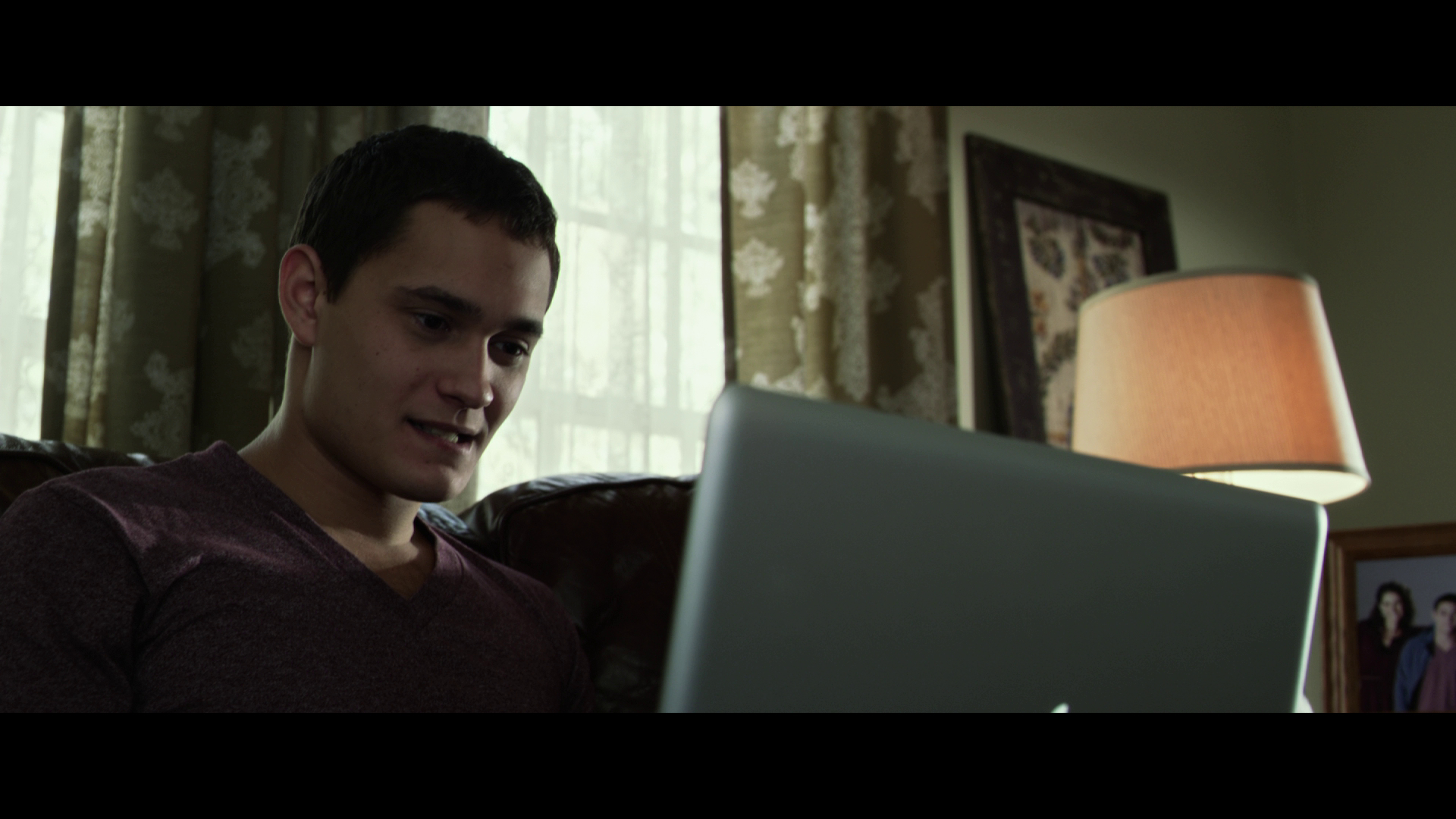 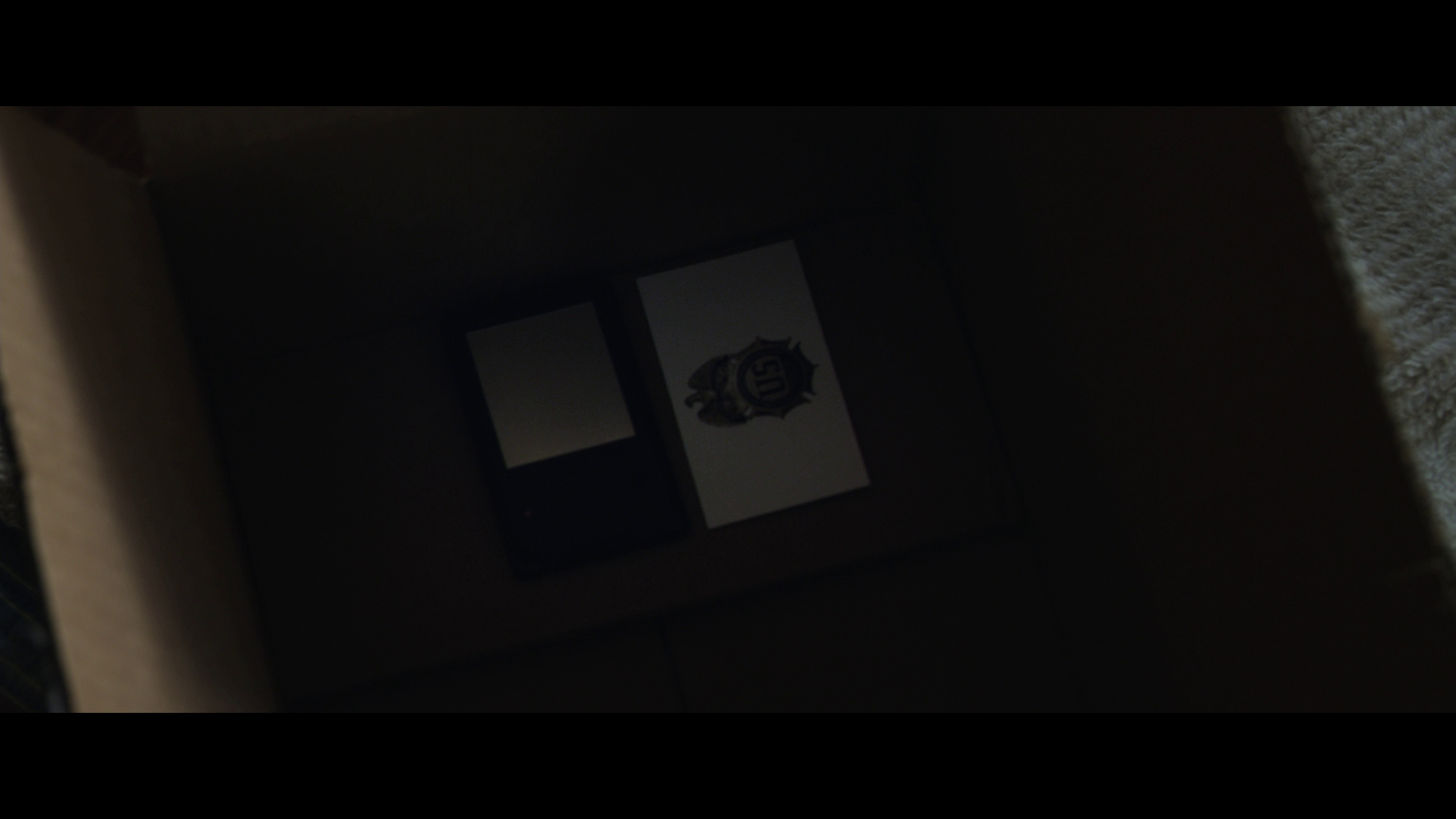 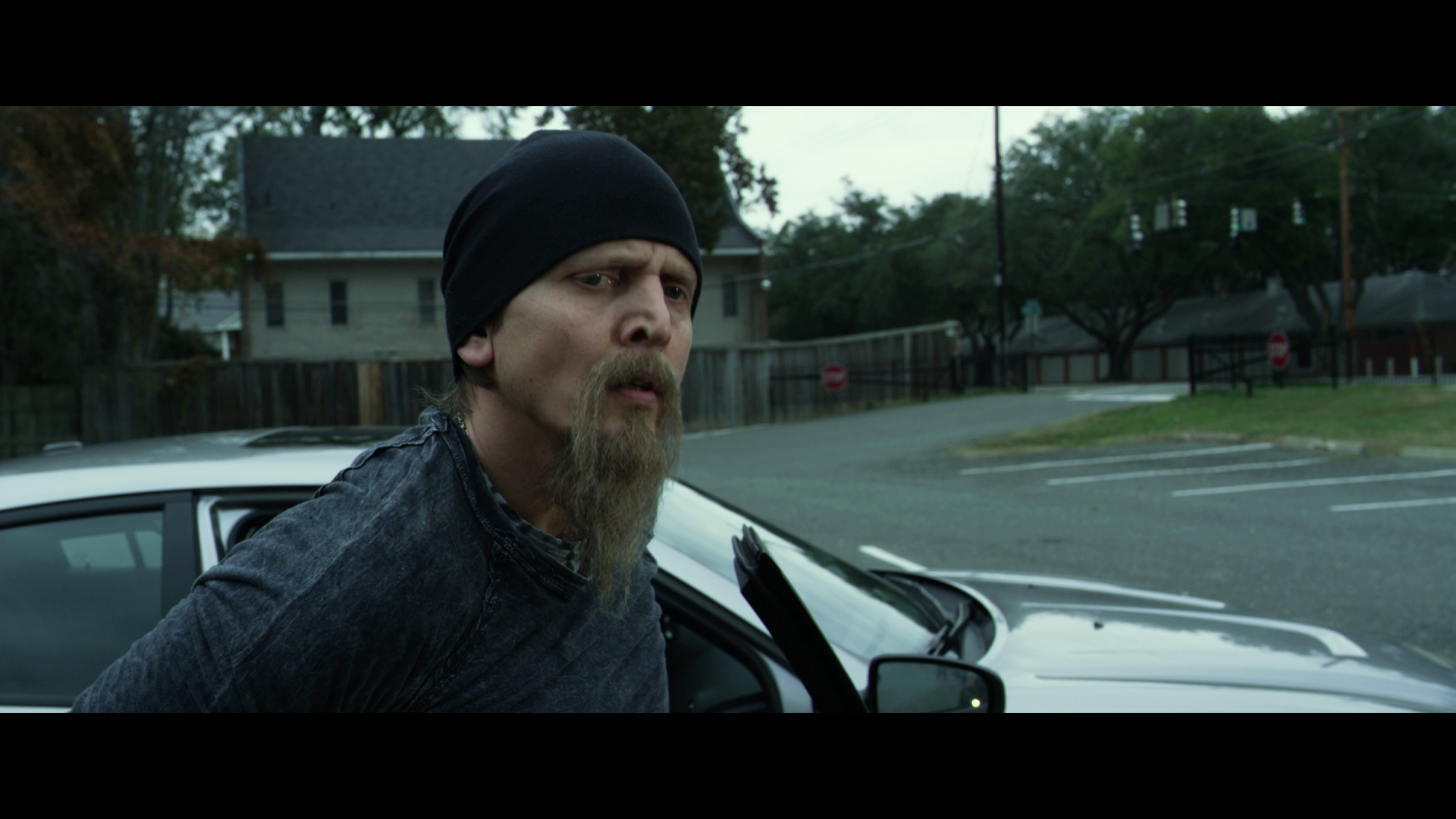 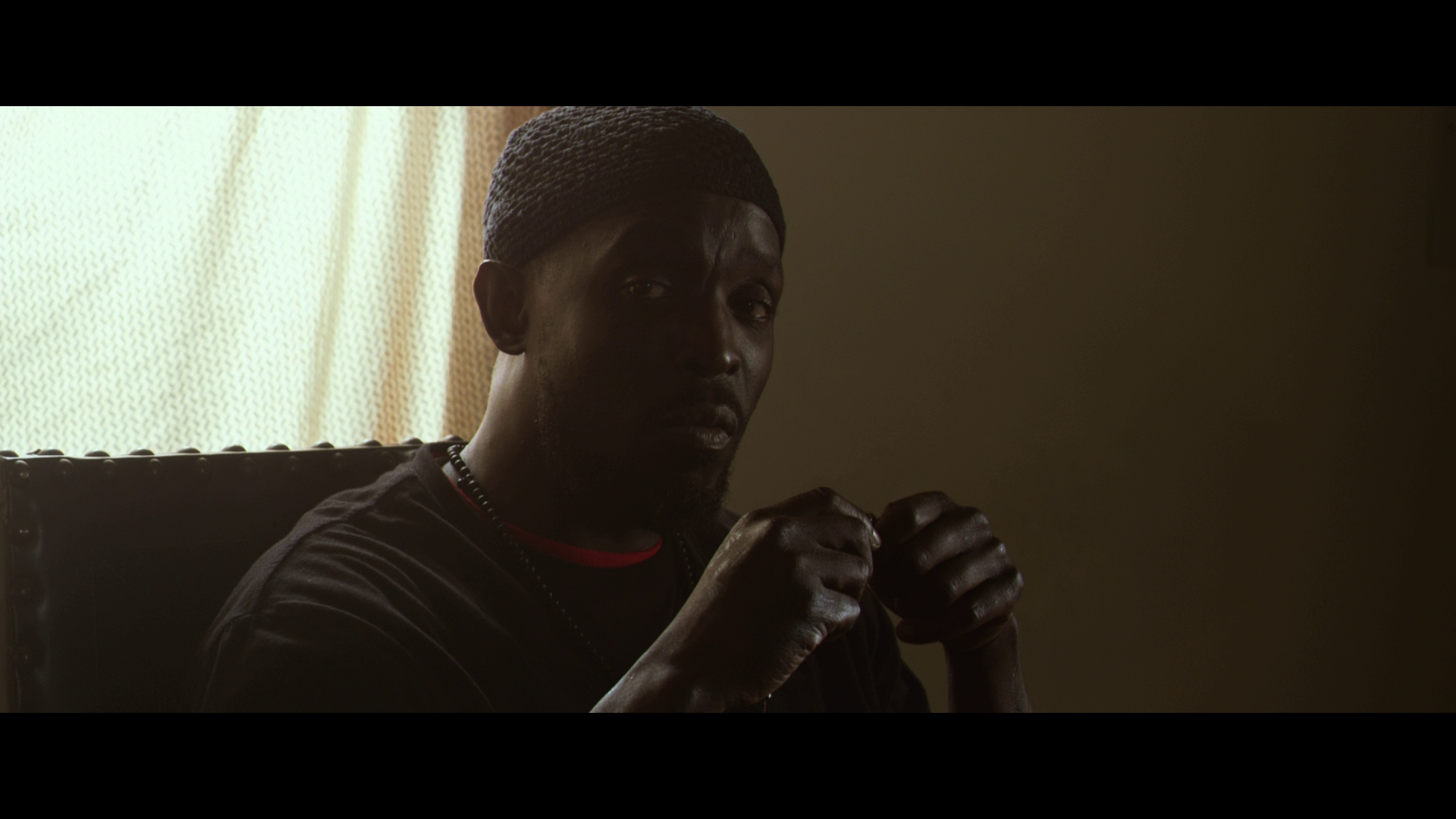 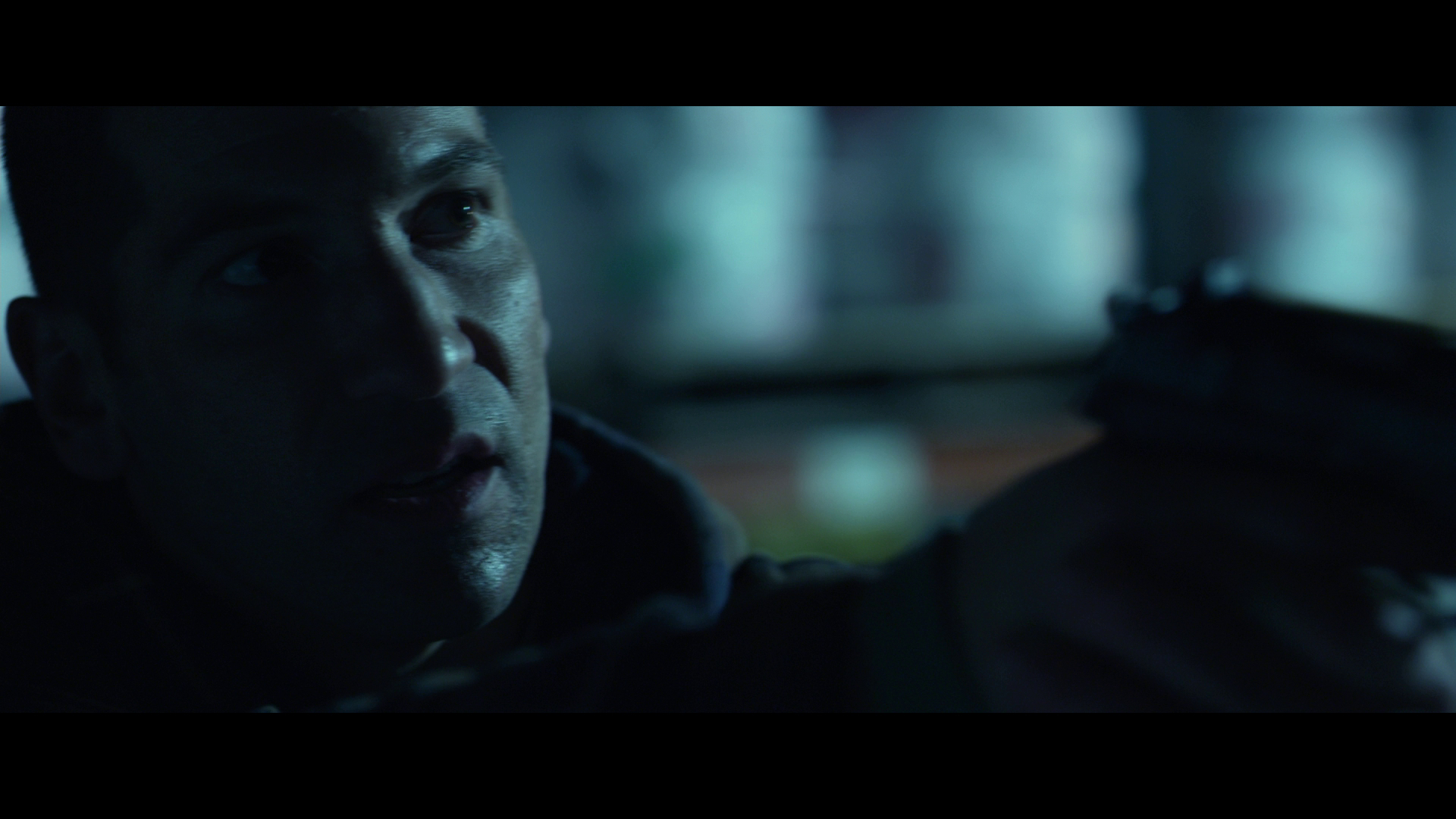 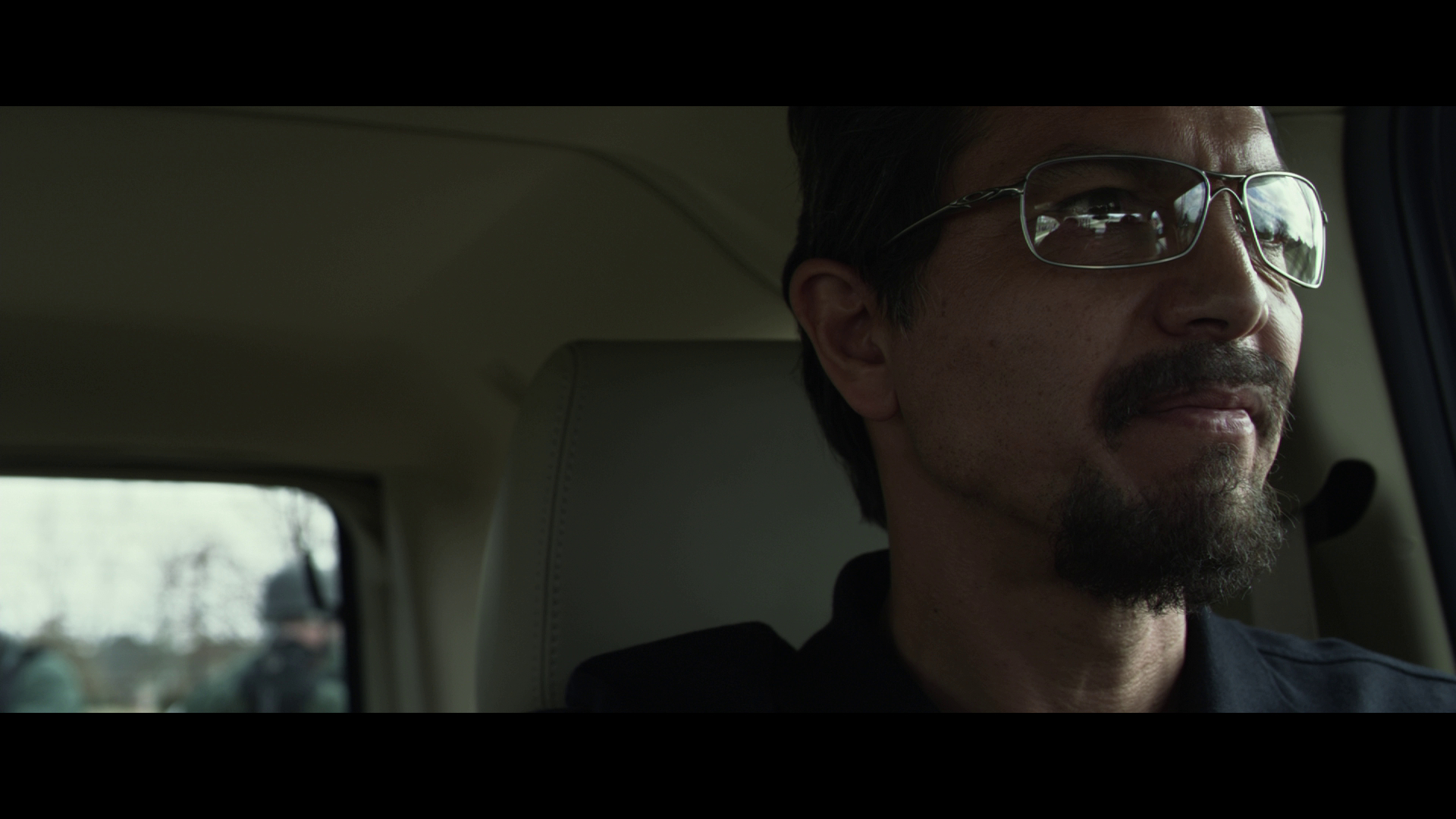 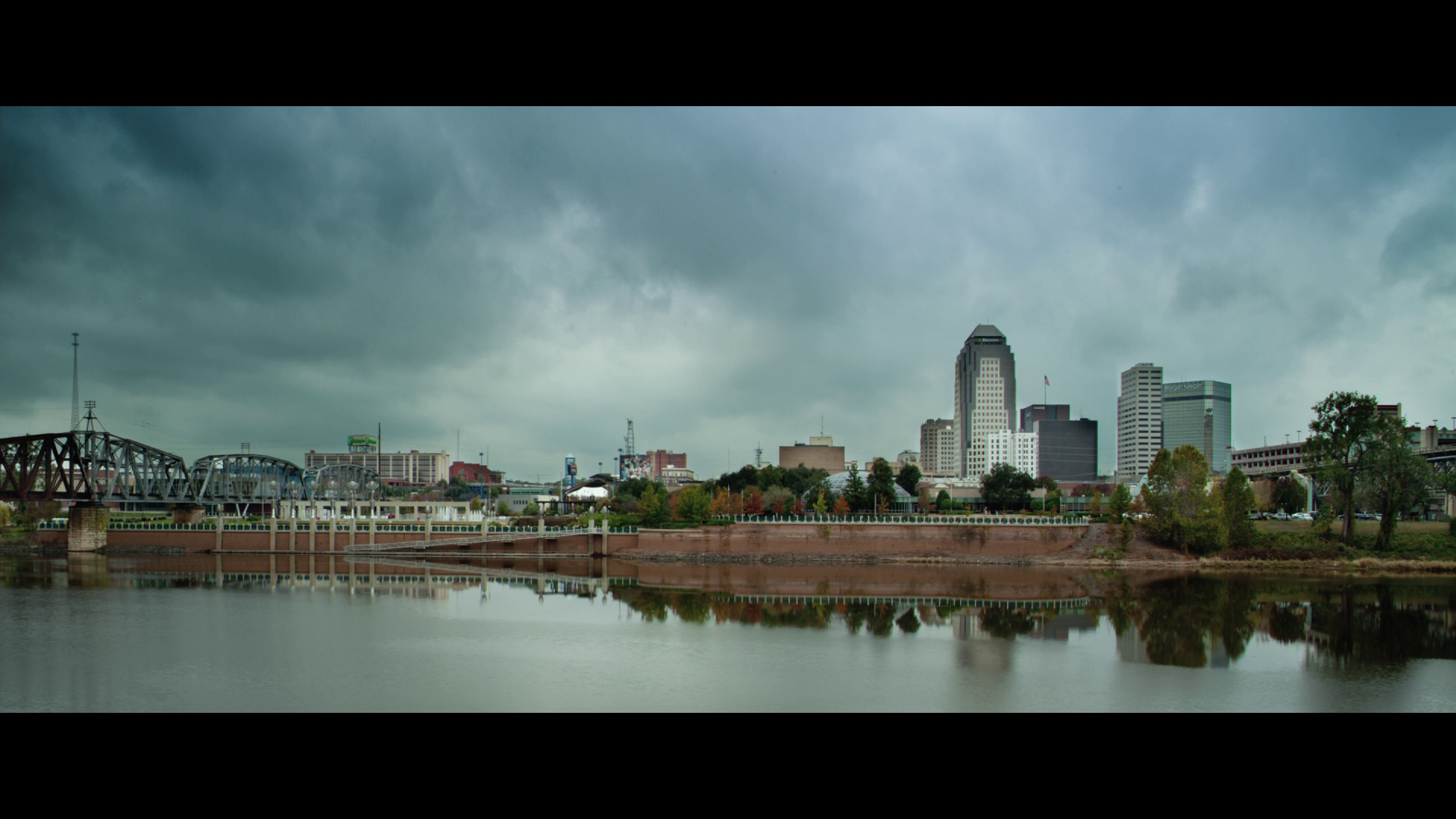 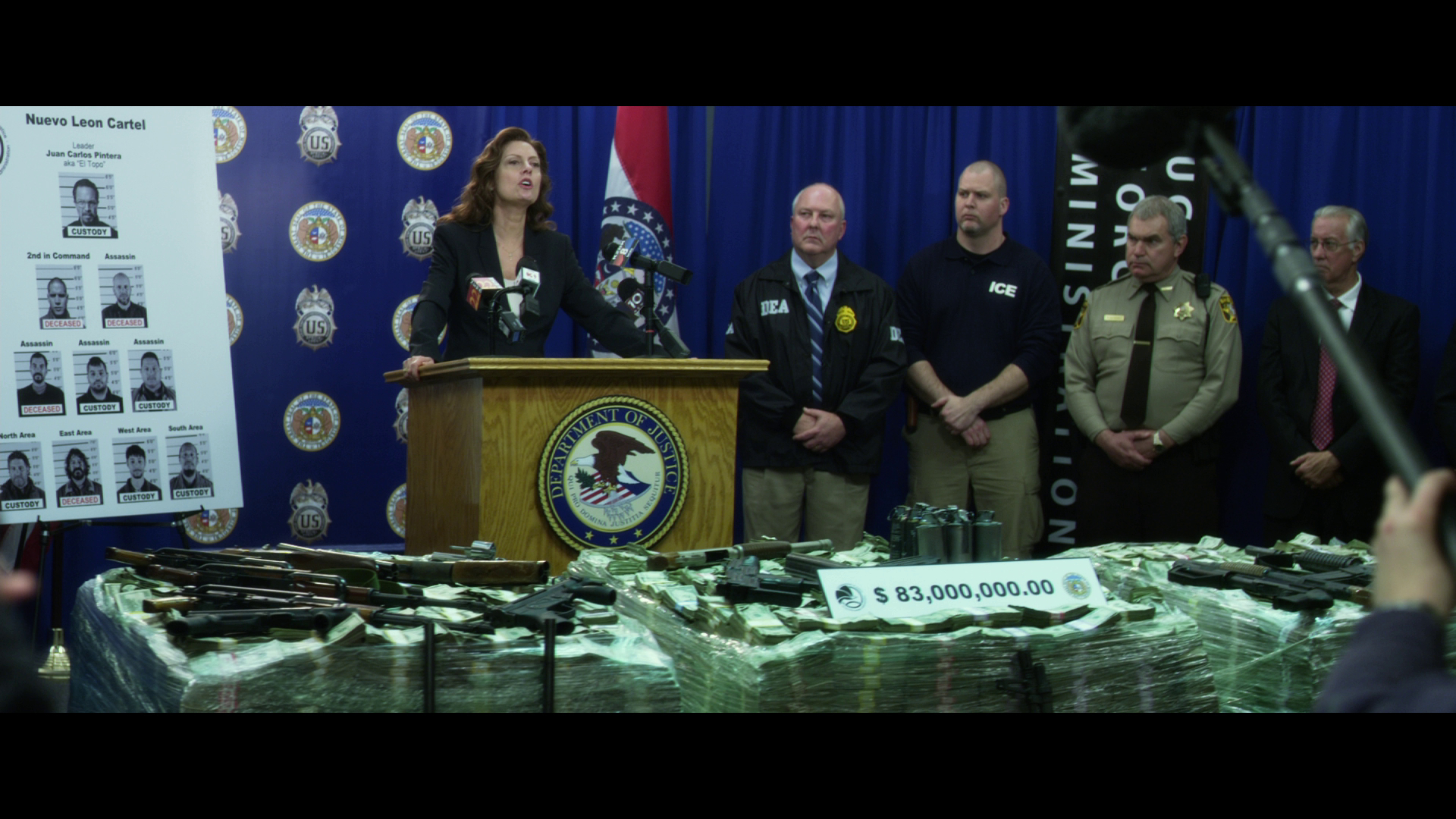