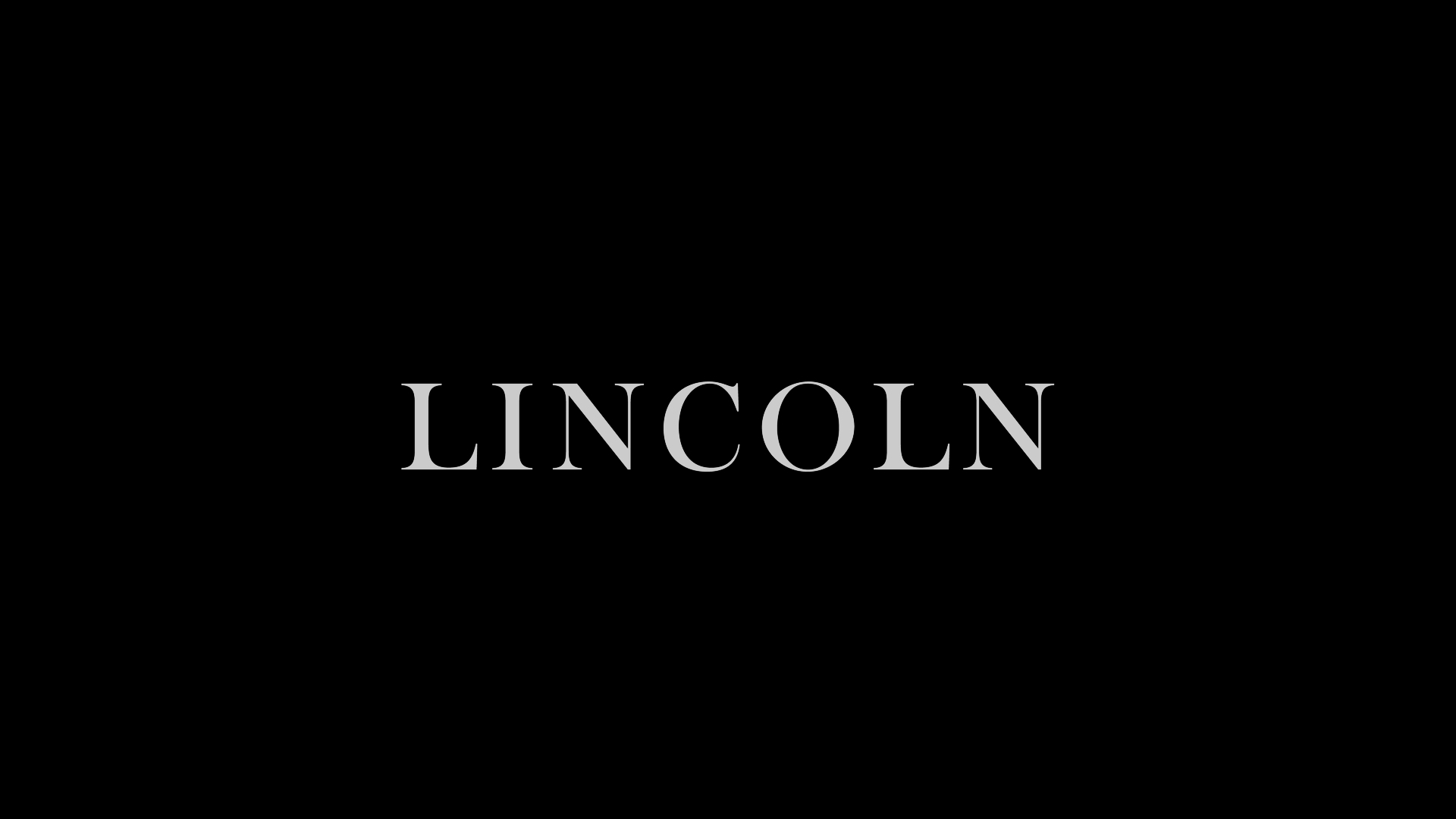 Over a decade in the making, Steven Spielberg's Lincoln is a meticulous, accomplished dramatization of the Great Emancipator's push to enact the Thirteenth Amendment of the United States Constitution before the end of the Civil War. Daniel Day-Lewis again totally transforms into his role, this time adopting the surprisingly modest voice of the sixteenth president. Lincoln is Spielberg's best film in some time; dense, expertly staged, historically accurate and rarely dull. The screenplay from Tony Kushner draws from Doris Kearns Goodwin's "Team of Rivals: The Political Genius of Abraham Lincoln," and focuses almost exclusively on Lincoln's work in January 1865 to turn the tide in the House of Representatives. By limiting its angle, Lincoln is able to simmer in the divide between North and South and explores beyond typical history textbook highlights.

Diners at a Virginia restaurant spotted Day-Lewis in full Lincoln getup during the film's production, and the first photos revealed what most already knew: The actor is completely convincing in Lincoln's top hat. Lincoln opens with a black Union soldier reciting part of the Gettysburg Address to Lincoln, who is visiting the front lines toward the end of the Civil War. This earnest, likely fictional scene sets up Lincoln as a man of the people, without prejudice or pretense. When Day-Lewis first speaks it is not in the booming voice of the ages one normally associates with Lincoln; his voice is higher, more nasally, and apparently reflects historians' accounts of Lincoln's actual vocal cadence. The action quickly shifts to Washington, where Mary Todd Lincoln (Sally Field) still mourns the loss of son Willie and elder son Robert Todd Lincoln (Joseph Gordon-Levitt) longs to join the Union Army. Lincoln knows his 1863 Emancipation Proclamation will be all but gutted by the courts once the war concludes, and works quickly to pass the Thirteenth Amendment to ensure slaves already freed will remain so. 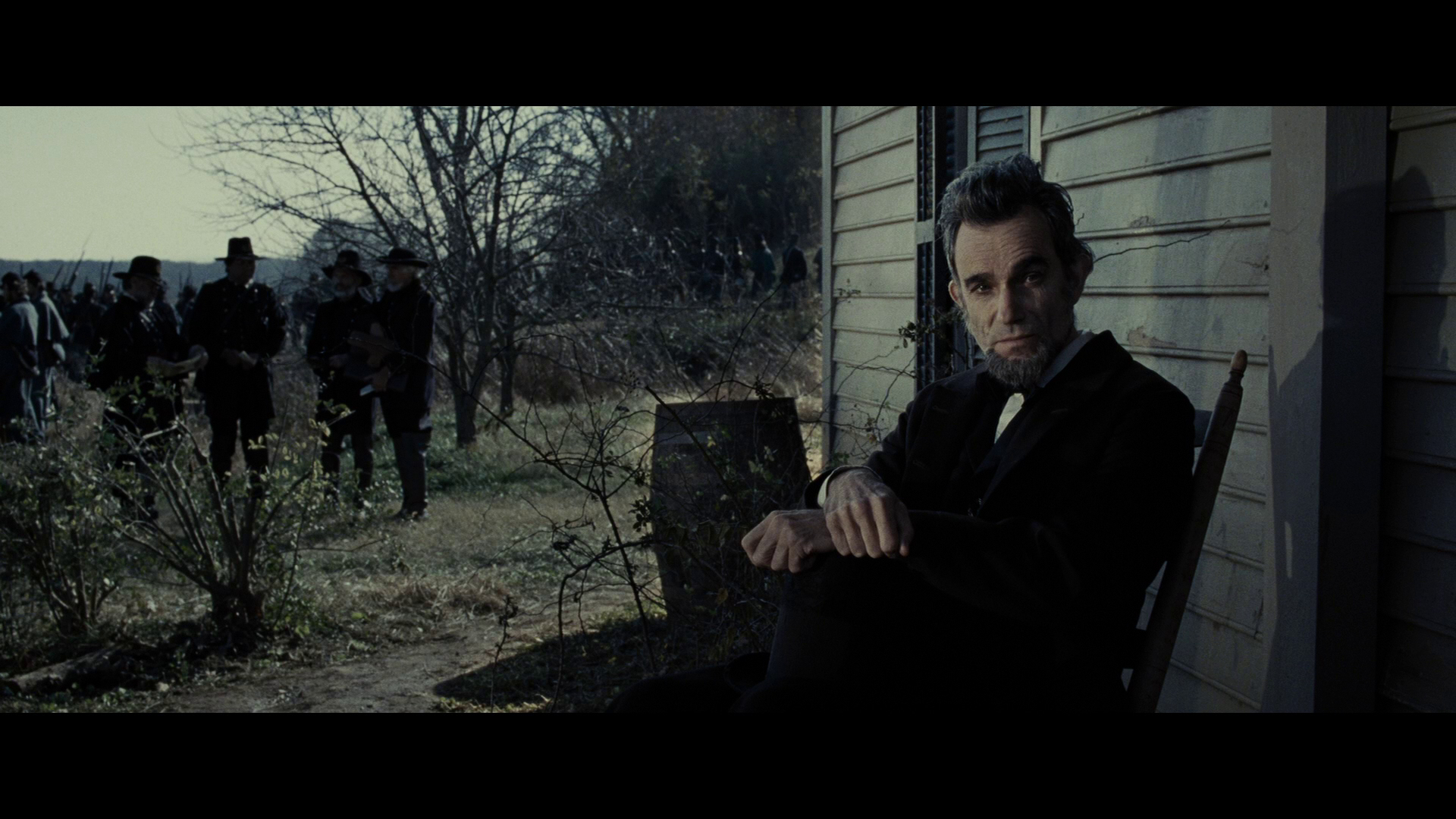 The strongest pages in Kushner's screenplay explore the delicate divide between abolitionists and those who simply want the war to end. With the Confederate Army in shambles, Lincoln knows peace negotiations are coming. If the Confederate States are re-admitted to the Union, however, Radical Republican support will be insufficient to carry an anti-slavery amendment to fruition. These same Radical Republicans will never support a peace plan that leaves slavery in tact. Lincoln relies on Republican Party founder Francis Preston Blair's (Hal Holbrook) support to wrangle votes from border-state Republicans, and Republican Pennsylvania Congressman Thaddeus Stevens (Tommy Lee Jones) becomes the face of the abolitionist push. Several scenes in Lincoln depict the ignorance of some ordinary citizens about the effect of the Thirteenth Amendment, and Lincoln deadpans that his government better move forward quickly before the pro-slavery constituents wise up.

With the graceful storytelling prowess of his earlier films like Schindler's List and Saving Private Ryan, Spielberg weaves a detailed political tapestry, and takes quick, rich detours with supporting characters without losing sight of his endgame. Field's Mary Todd Lincoln is pitched to near hysterics over her husband's work, and she dares Lincoln to lock her away to quiet her internal demons. The pair's love and devotion is evident, but Lincoln urges Mary Todd to live in the present instead of her dark past. Gordon-Levitt's Robert is not a major concern, but chides his father for forbidding his military service not because of the dangers but because Mary Todd forbids it. Lincoln reminds his petulant son in one rousing scene that despite Robert's opinion on the matter, Lincoln can, as Commander in Chief, keep his son out of the war. 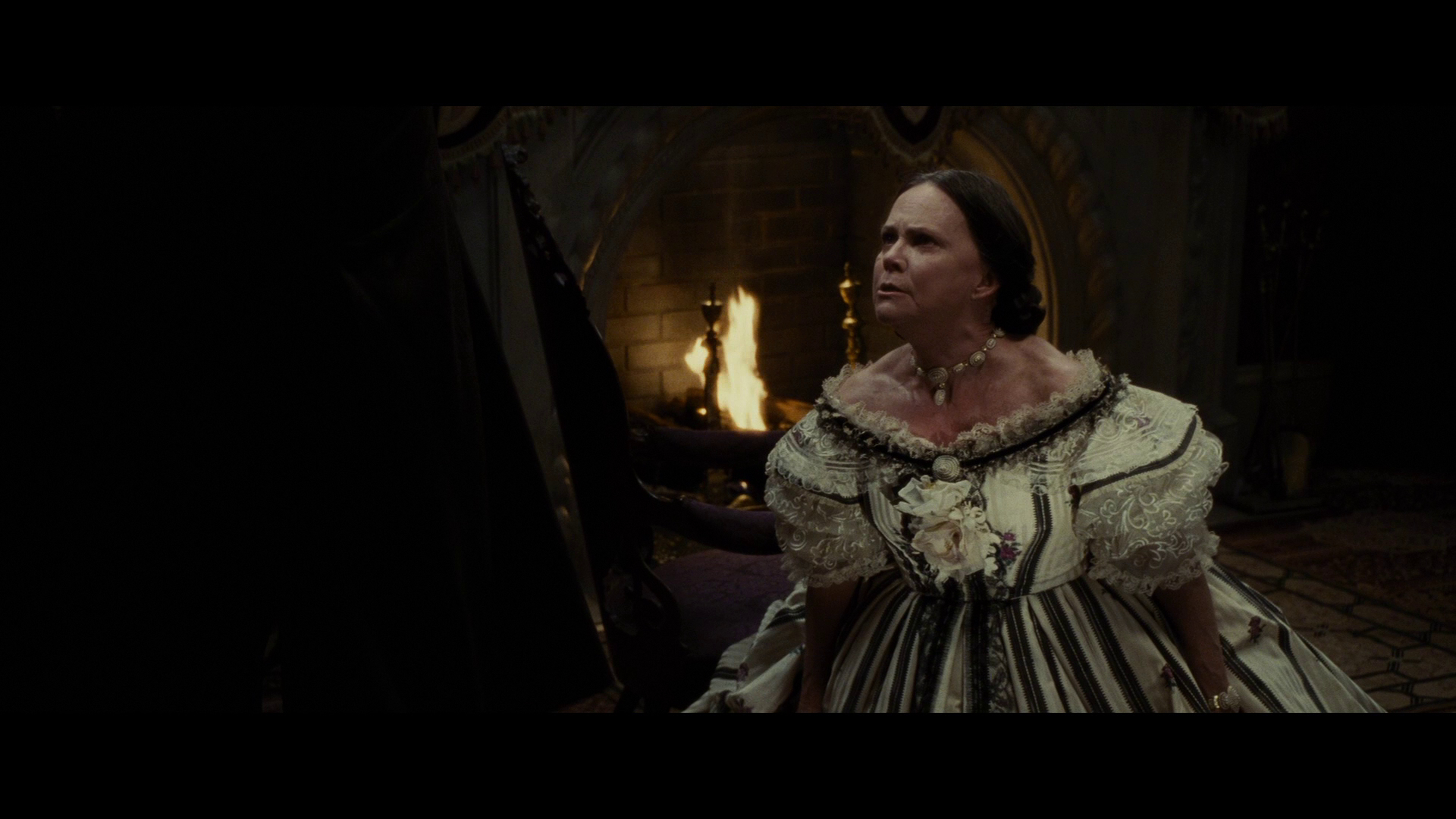 There is a surprising abundance of humor in Lincoln, and typically gruff Jones elicits plenty of chuckles as caustic, blunt Stevens, who tones back his abolitionist rhetoric to help Lincoln get the Thirteenth Amendment passed. A recurring plot point involves Stevens and company, including Secretary of State William Seward (David Strathairn), buying votes without monetary bribes. Lincoln refuses any unethical behavior, but has a pocket full of federal jobs to give at the beginning of his second term. A Postmaster General here, a key Cabinet position there brings the House closer to Lincoln's bosom. Scenes on the Legislative floor are highly entertaining. Republicans and Democrats trade barbs amid cheers and jeers, and the term "filibuster" comes to pointed life.

My small criticism of Lincoln concerns its coda. I understand why Spielberg felt it necessary to stage Lincoln's assassination - a key part of those aforementioned textbook highlights - but the scene feels out of place. These extra few minutes make the substantial film feel significantly longer, and could easily have been omitted. Lincoln might be most effective with Civil War historians, but I suspect most audiences will appreciate Spielberg's intellectual approach to the material. The cinematography by Janusz Kamínski, a Spielberg staple, is beautiful, and the production's on-location filming around Richmond, Virginia, adds to the film's authenticity and ultimate effect. Day-Lewis is nearly perfect, and the supporting cast only buoys his performance higher. Spielberg's direction is measured and thoughtful, and Lincoln is a wonderful American drama. 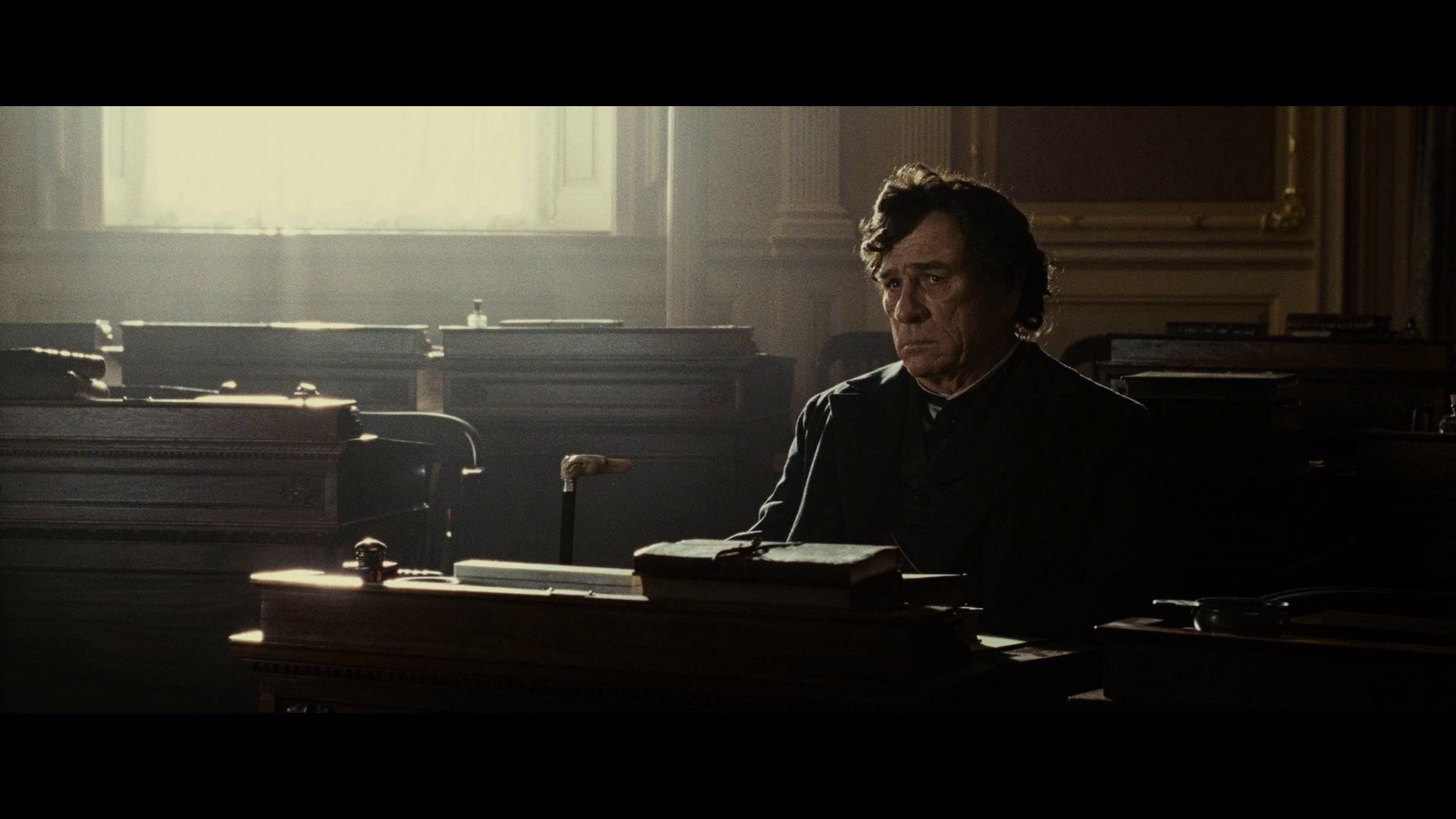 The 2.40:1/1080p/AVC-encoded transfer for Lincoln is gorgeous. Shot on beautiful 35 mm stock, Lincoln is a film filled with natural beauty as seen through the keen eyes of Spielberg and Kamínski. Detail is exceptional, and the image is beautifully textured. The filmmakers use natural light to capture many scenes, and are not afraid of shadows. The dark, rich interiors of the White House are shot with light rays seeping through windows, lighting only portions of the room. Black levels are exceptional, as is shadow detail. Even when Lincoln retreats to the shadows, his every move is visible and unhindered by crush. Colors are restrained but perfectly saturated: Just look at the outdoor scene where Lincoln and Robert square off about the war; the late-afternoon son highlights the wood grain and rustic colors of an outdoor dock, and the nearby trees and grass come to vivid life. Skin tones are perfect, and the film maintains a period-appropriate look while providing exceptional depth and clarity. There are absolutely no issues with digital noise, aliasing or edge enhancement.

The Blu-ray comes with an unexpected but certainly welcome 7.1 DTS-HD Master Audio mix that displays wonderful clarity and range. Lincoln is a confident, restrained film, and the soundtrack follows suit. Dialogue is perfectly clear throughout, whether during quiet indoor conversations or Lincoln's rousing outdoor second inaugural address. The score by John Williams is treated to excellent surround balance, and sounds rich and inspiring. Directional dialogue pans are frequent, and ambient effects make full use of the surround speakers. The clatter of the Legislature surrounds the listener, as does the natural outdoor symphony around the White House. The LFE supports score and effects, and all elements are perfectly balanced. French and Spanish 5.1 Dolby Digital tracks are also included, as are English SDH, French and Spanish subtitles.

This review is for the two-disc Blu-ray/DVD combo pack of Lincoln. The discs are packed in an Elite Blu-ray case, which is wrapped in a handsome slipcover. Unfortunately, Dreamworks and Buena Vista decided to release two versions of Lincoln. There's this two-disc edition and a four-disc edition that costs $6 more but includes a second Blu-ray of bonus features and a digital copy. The bonus features are scant here: The Journey to Lincoln (9:20/HD) is a nice introduction to a longer documentary, and the filmmakers examine the process of bringing Lincoln to the screen. Spielberg and Day-Lewis discuss the source material and that Liam Neeson was originally slated to play Lincoln. A Historic Tapestry, Richmond Virginia (4:00/HD), briefly explores the film's production in and around the Virginia capital. That's all you get, there is no more. 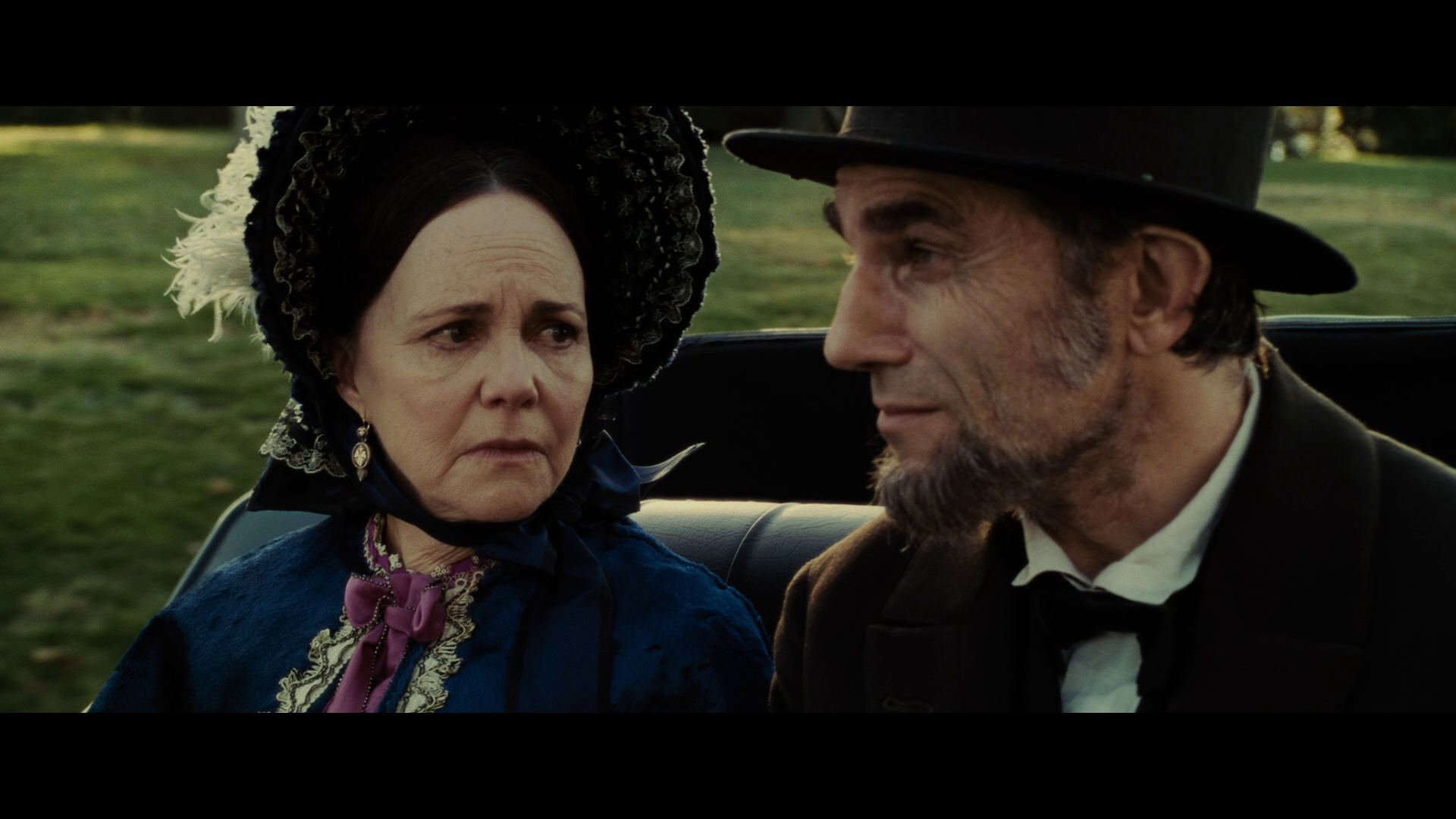 Steven Spielberg's long in gestation Lincoln is worth the wait. Skillfully capturing the period in early 1865 when President Abraham Lincoln pushed to pass the Thirteenth Amendment, Lincoln is an intimate historical drama with its fingers on the nation's political and societal pulse. Daniel Day-Lewis embodies the role of the sixteenth president, and the method actor again gives a wonderful performance. Supporting cast members Sally Field and Tommy Lee Jones are equally good, and Lincoln mixes poignant drama with graceful humor and emotion. Highly Recommended. 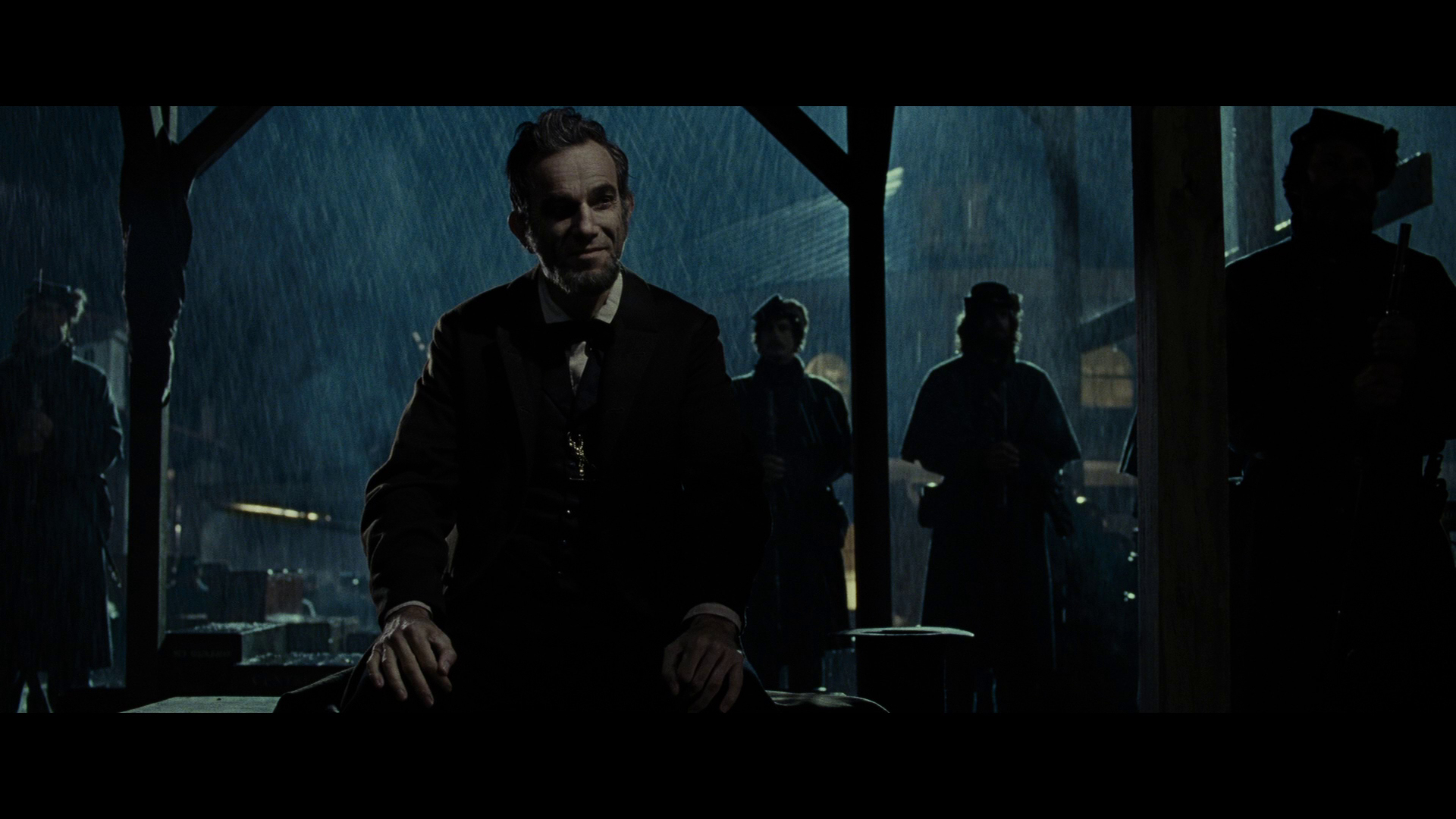 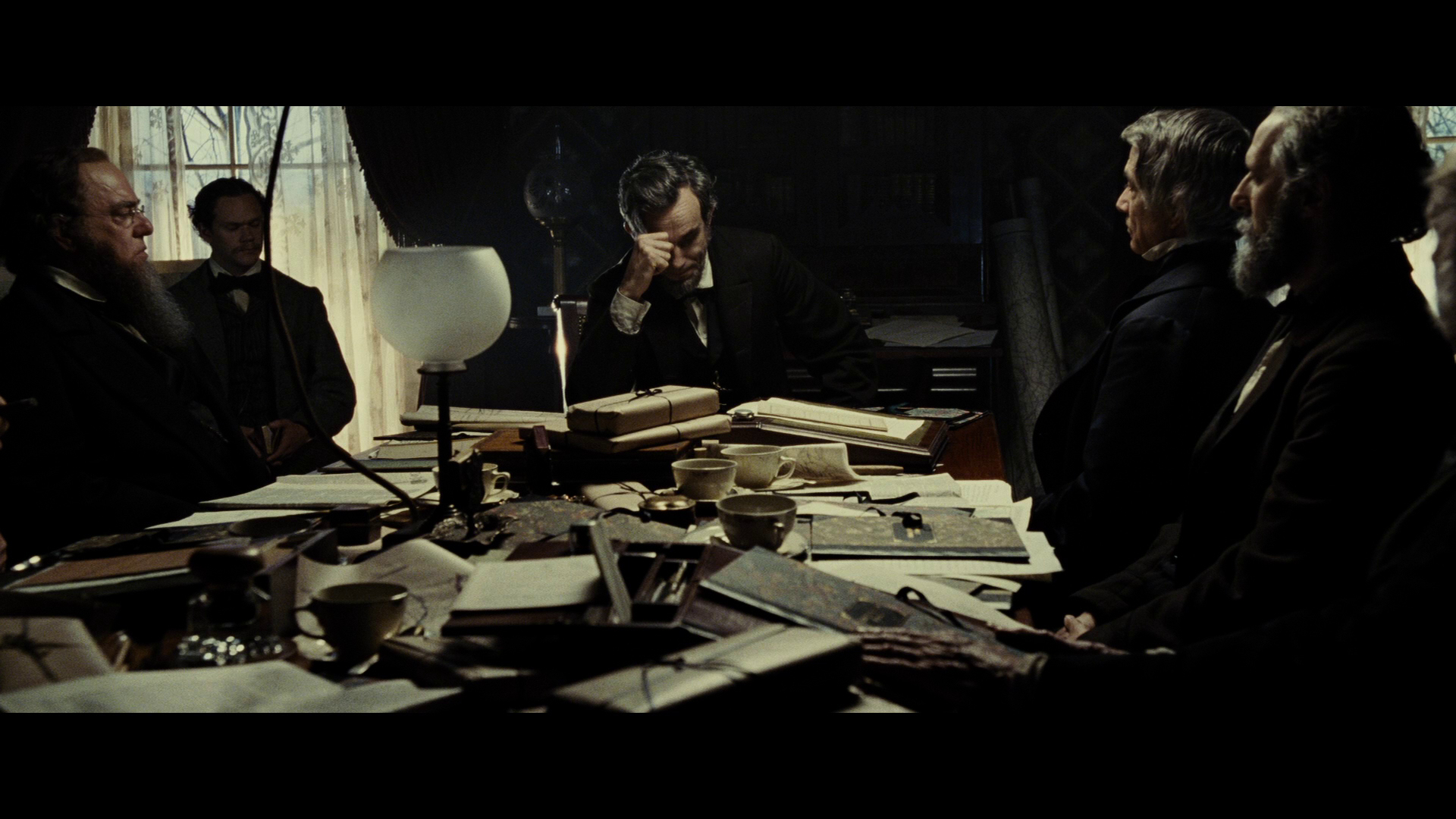 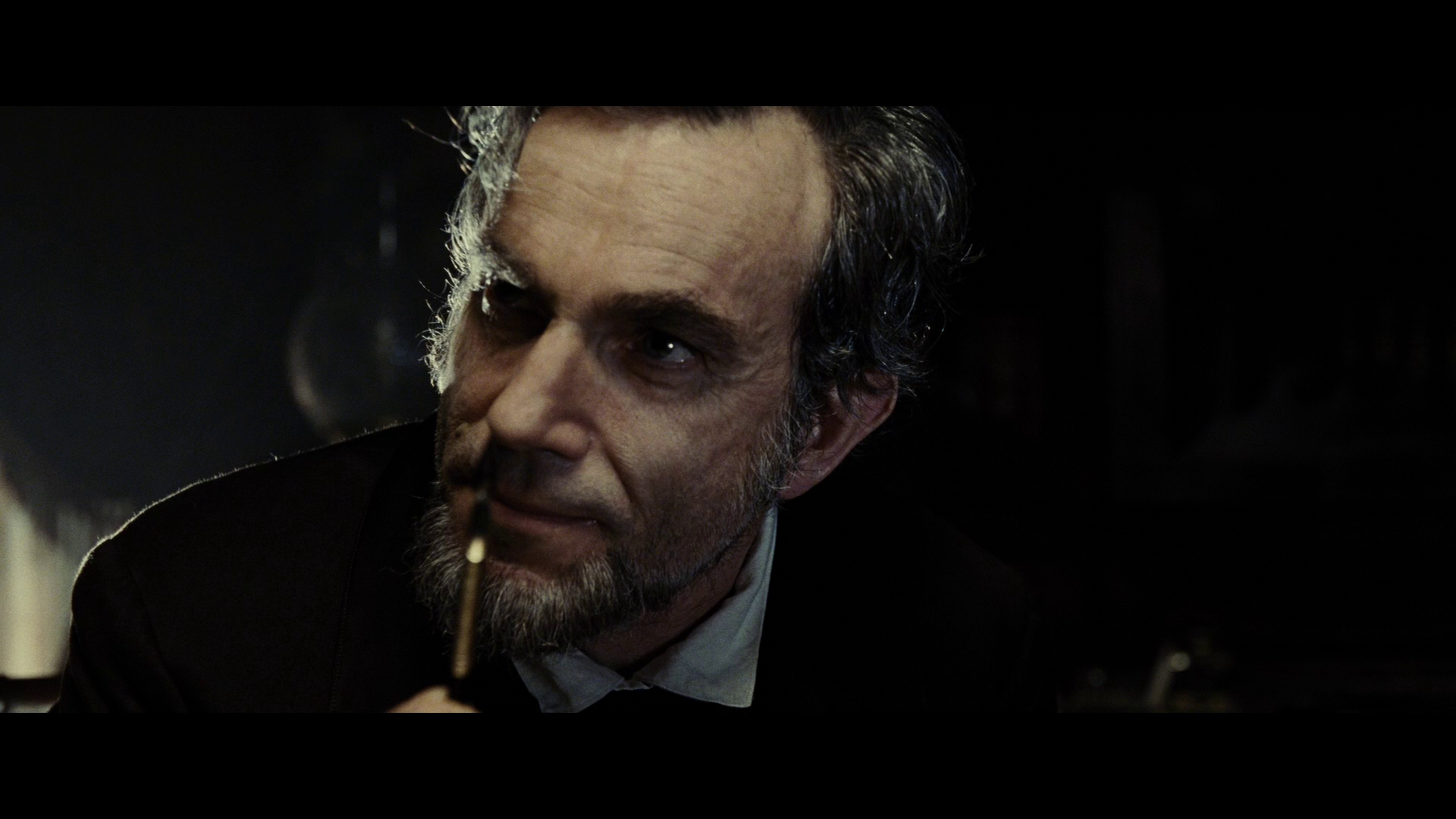 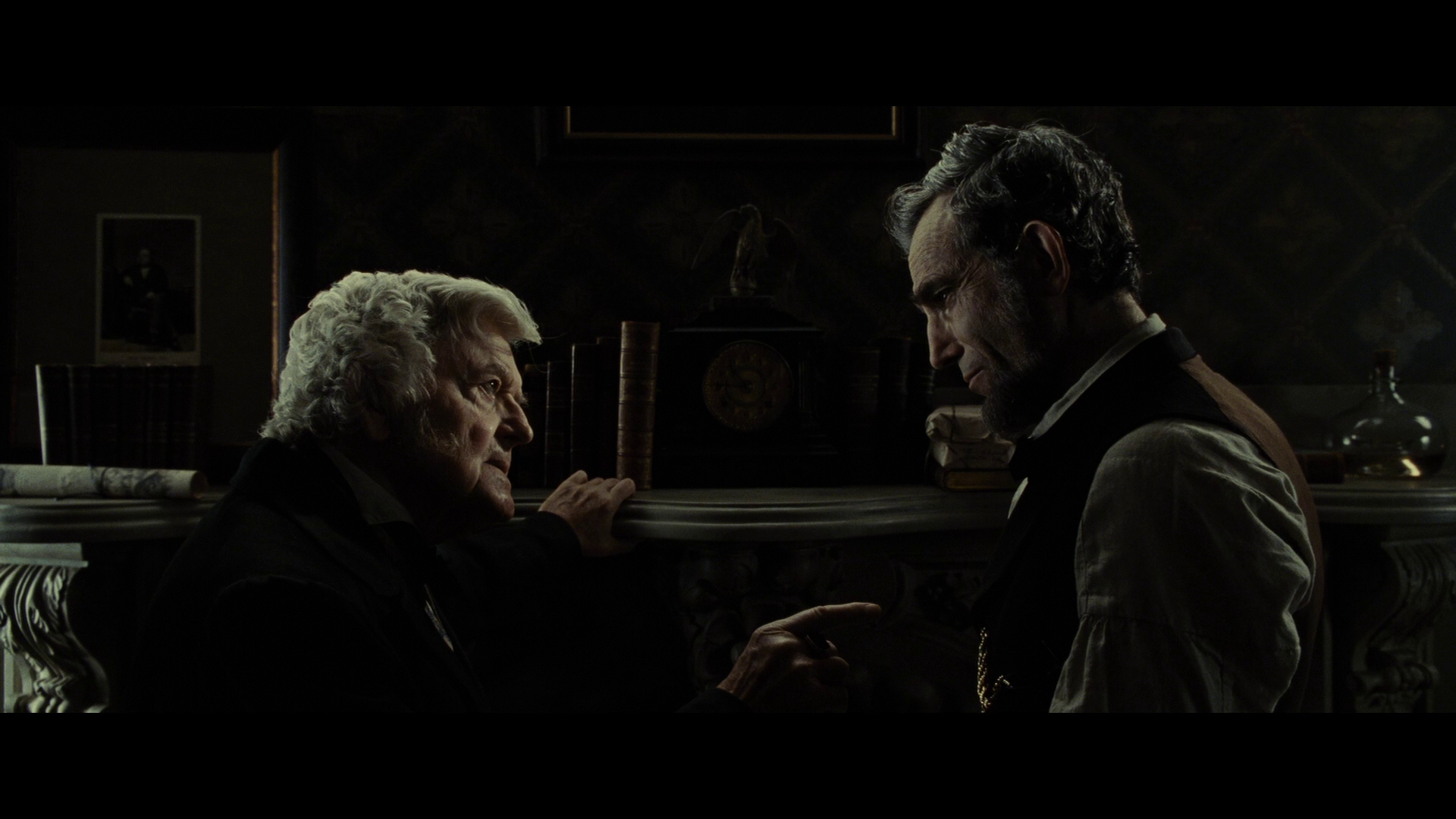 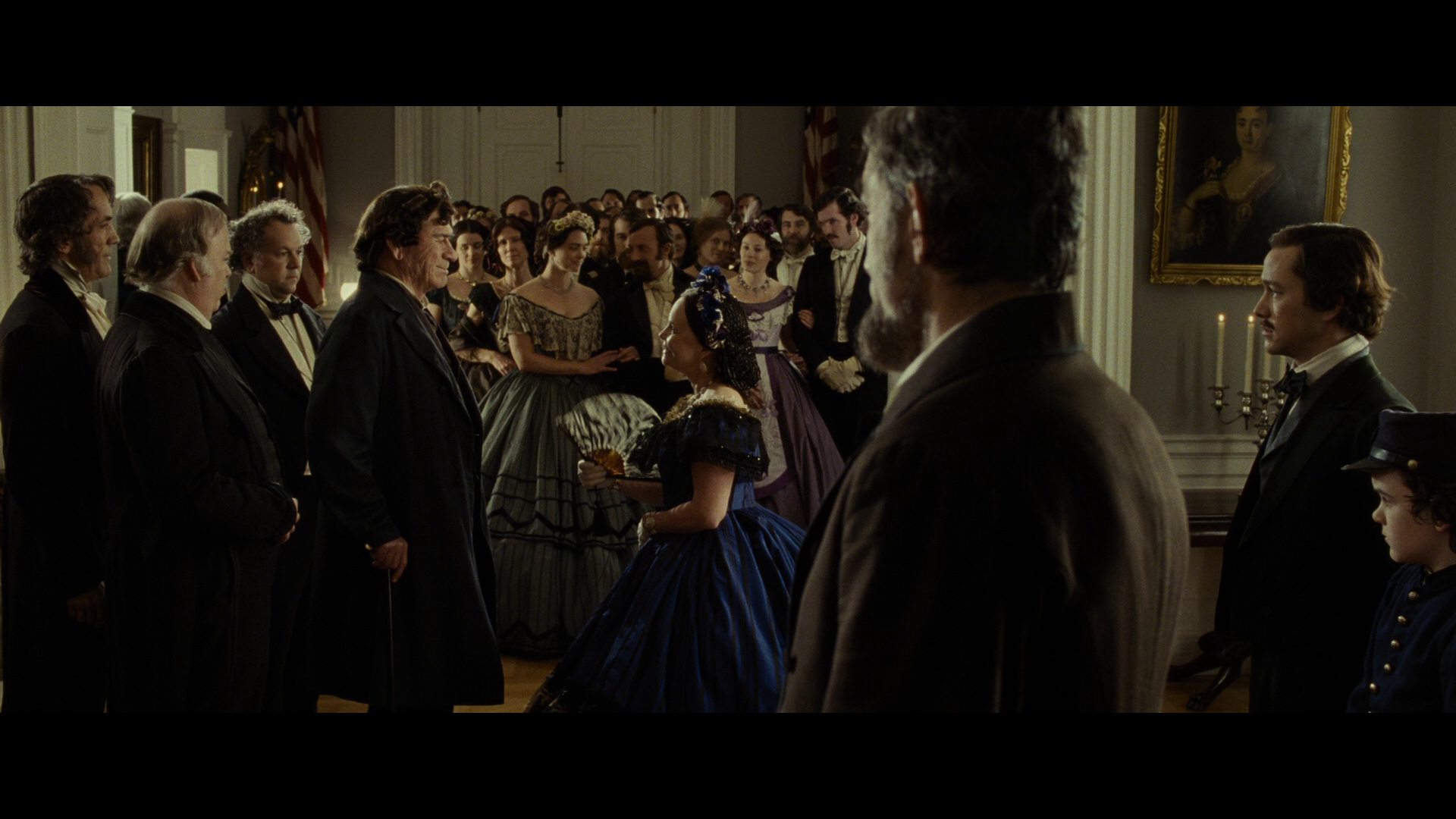 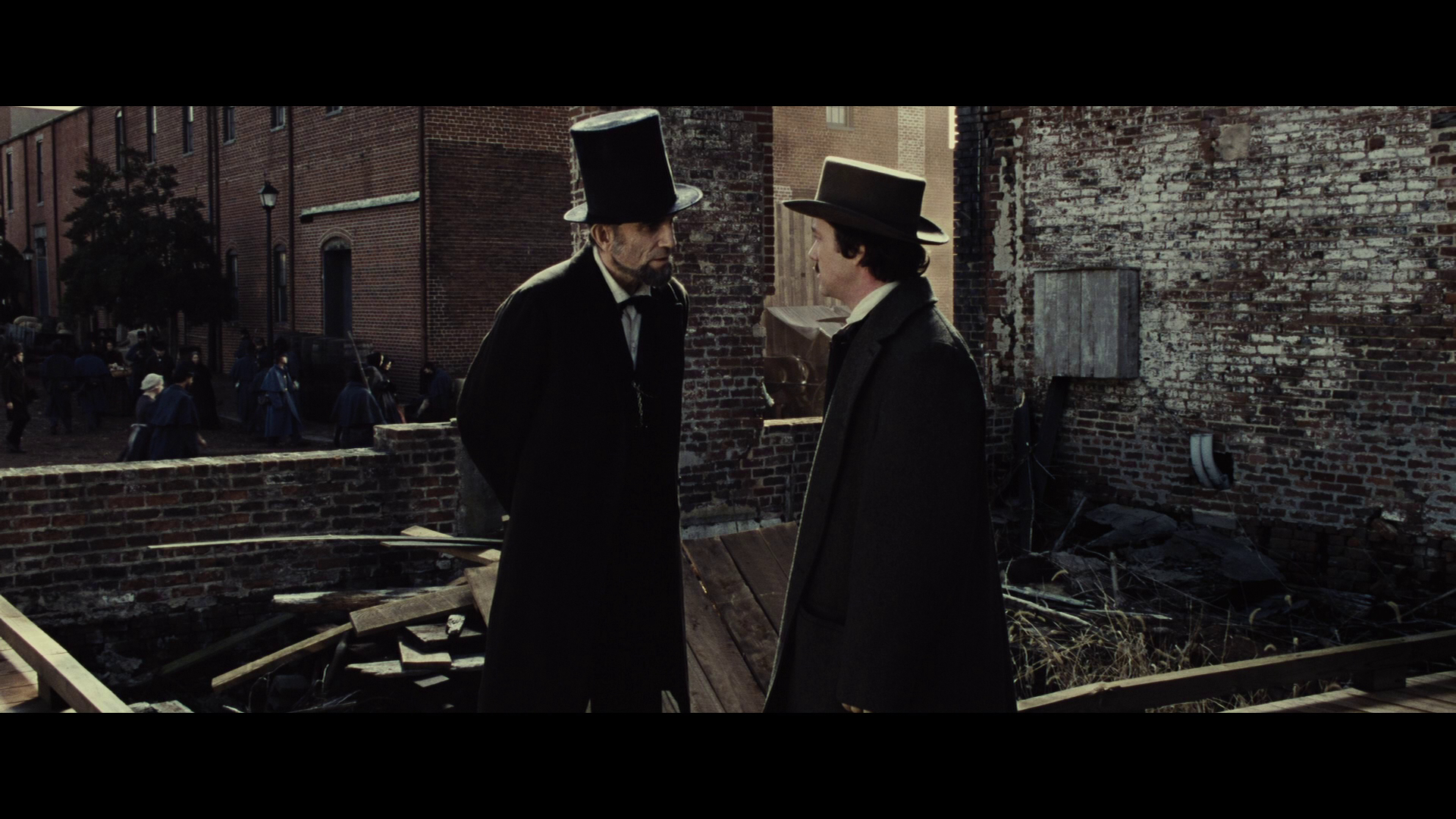 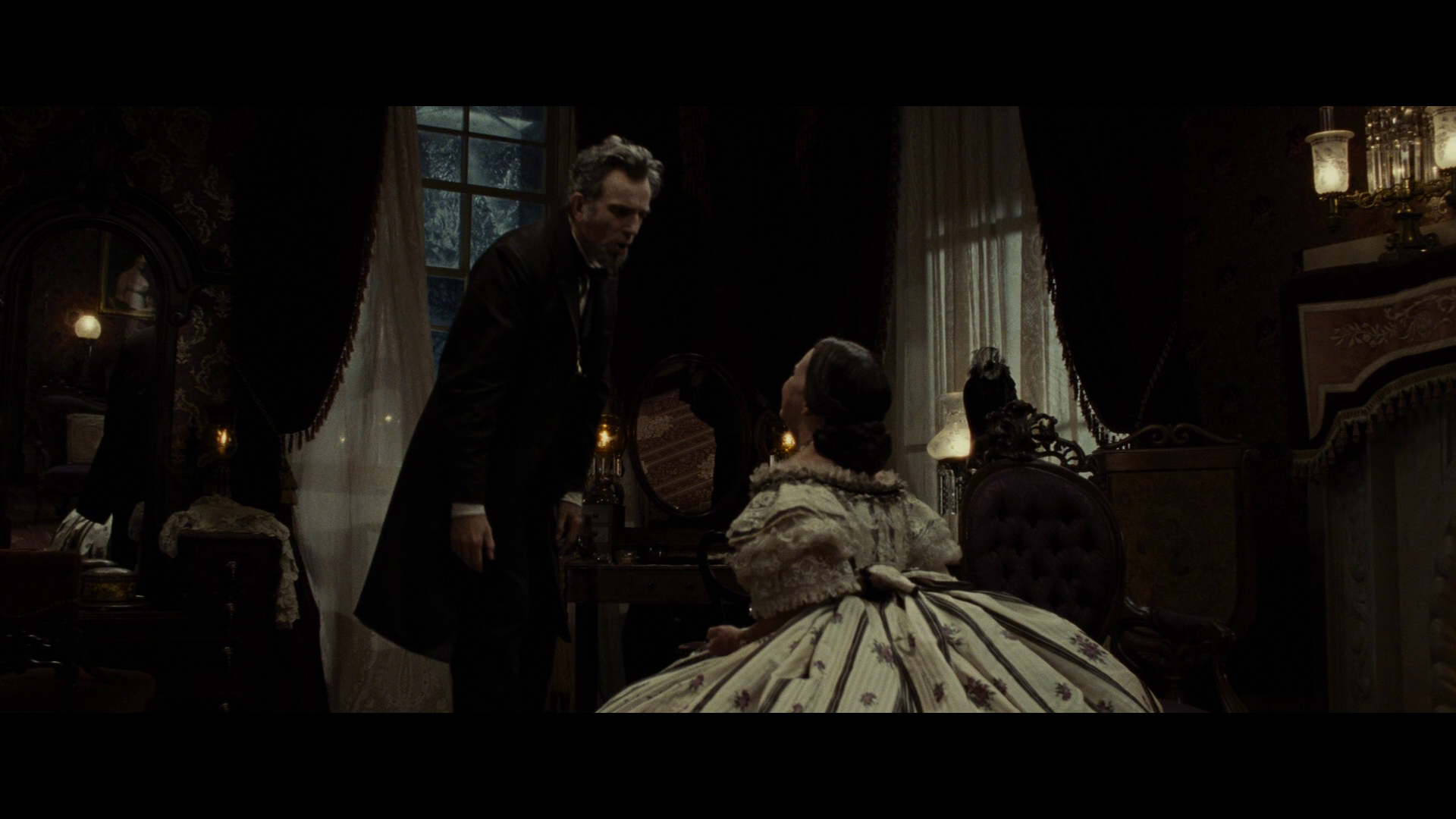 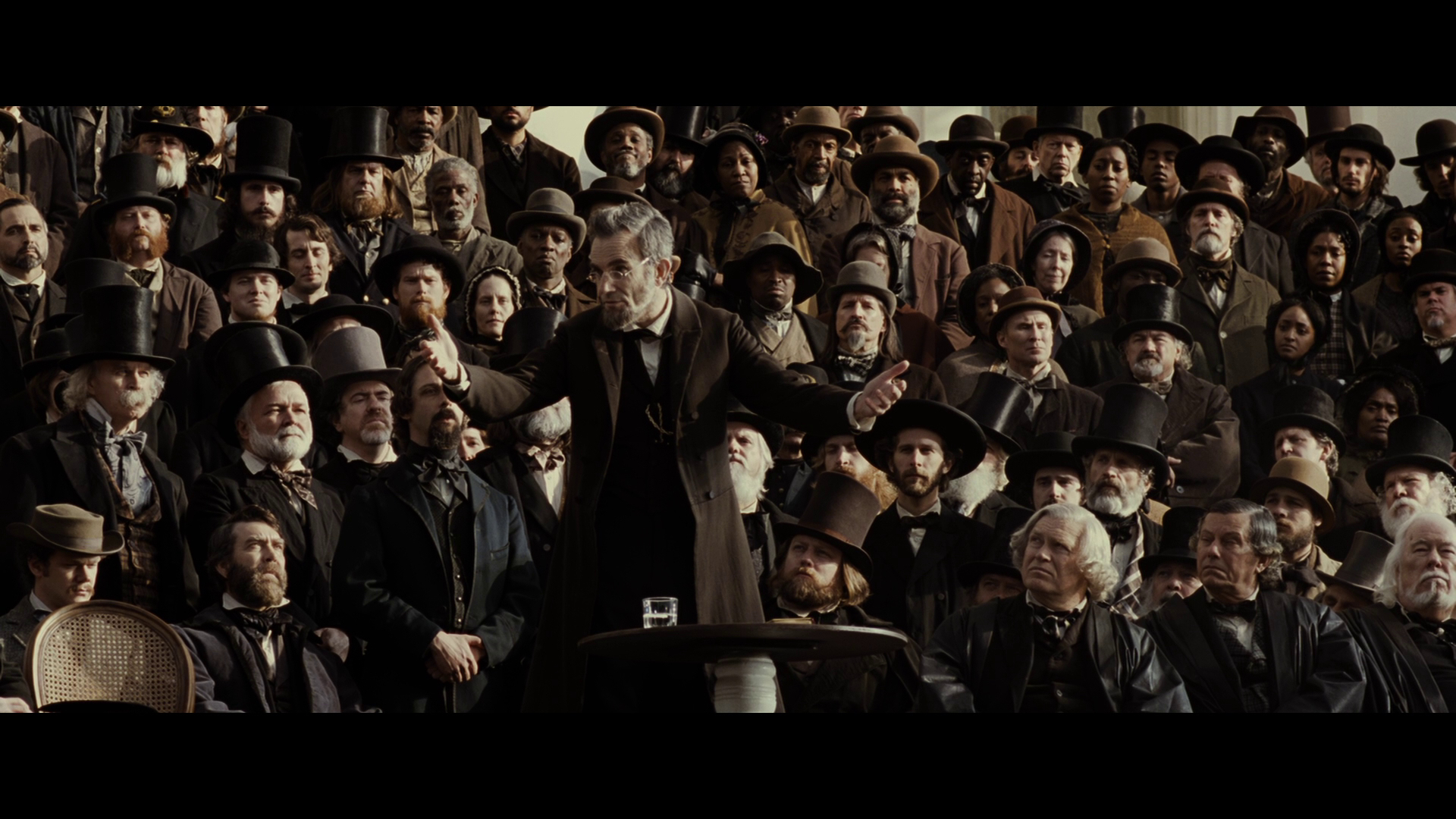