Out in the Open 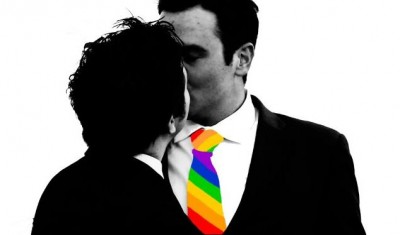 If you want to see a documentary about a relevant and intriguing topic, you would be hard pressed to find one more fitting than Out in the Open. The issues of gay rights and marriage equality are on the table right now in our country, and in ten years laws, cultures, and mindsets may be completely different than they are today. It's exciting to be alive in a time of change, whichever side you may be on, and that fervor comes through very clearly in this film. But putting equal rights aside, there are other issues confronting homosexual culture, and they may be the most important of all; AIDS, suicide, acceptance, bullying. A documentary that attempts to tackle all of these serious issues in one feature film has taken on a tall task, but one that is extremely meaningful and deserving of attention. 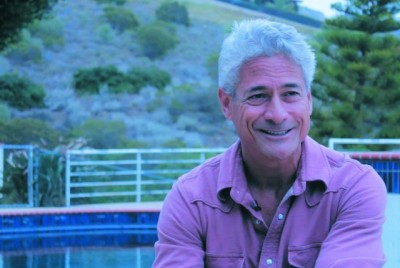 In this compact documentary, filmmaker Matthew Smith attempts to reach gay, at risk young people from around the world in an attempt to show them that coming out can be a healthy, happy, and life changing experience. Revealing to your family and friends who you really are inside doesn't have to be miserable, tortured, or dramatic. If you are homosexual than you have been so your entire life; announcing it will not change the person you are. And not only that, but being open with the people around you about your sexuality might inspire others to be honest with themselves as well, cutting down on the number of suicides by extremely depressed gay youths, reducing the violence and bullying in schools by the uneducated and afraid, and creating a world in which people are honest with themselves and the world around them. Only through open discussion can misconceptions and fears be put aside and real acceptance take place.

But not only does this film speak to the homosexual community, it speaks to the heterosexual as well. The message is simple; that people are people, regardless of sexual orientation. Through humor and surprising candor, various celebrities, actors, activists, and allies recount parts of their life stories, revealing that every single person has a history including good and bad days, and that we all desire love, friendship, and acceptance on our journey towards happiness. Diver Greg Louganis, TV personality Carson Kressley, actor Eric Roberts; they all have a story to tell that allows us to see that, gay or straight, we are not that different. Even director Matthew Smith allows us into his home and introduces us to the love of his life, Solly. Their relationship serves as an example of the simple truths that love cannot be denied, quantified, or explained, and that homosexual couples are as "normal" as anyone else. 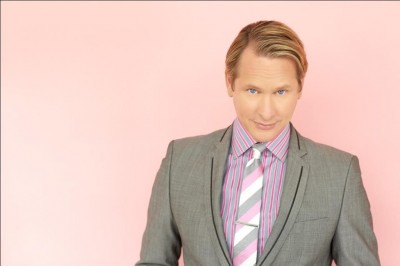 It's hard to talk about the movie without talking about the issues it deals with. It purports itself to be a message to gay youth and a support to those wanting to come out of the closet, and it is exactly that. It's easy to imagine someone being directly spoken to by this film, seeing it as a private entreaty just to them to be themselves, be proud, and be happy. Sharing their coming out stories and hopeful messages, the creators of this film attempt to shed light on what must be a very frightening and difficult decision to make. There is a very positive undercurrent to the message, and it is shared without hate for any other group and with appreciation for the differences inherent in each individual. As a confused, scared, or lonely young person, this film could be extremely helpful.

And it's not only a message directed to homosexual youths, but to their families as well. I couldn't imagine a better tool to bridge the gap of acceptance than this film. Watching it, I could picture someone sharing this movie with a family member, opening up a dialogue, and revealing to them the truth that they had been hiding for so long. And the very clear way that the director shows his own relationship is refreshing, as it could also be an example to insecure family members of just how "normally" a life can be lived, regardless of sexual preference. All of the people who contributed to this project were endearing, open, supportive, and honest. This positive outlook on a complex issue was very uplifting, giving me hope that it all might just work out.

Out in the Open is a documentary with a very specific purpose, which it achieved quite easily. But that also makes it difficult to judge alongside other films. When comparing it to a film like Religulous, for example, it stands out as far superior. It's message was clear, well delivered, concise, and real. That alone gives it a step up on other documentaries. Matthew Smith, who was the mind behind the film, created something that flowed, kept my attention, seemed genuine, and never fell flat. The only oddity was a strange voice-over during the beginning of the film that was supposed to be making a point about false fears. It didn't add anything to the movie and only served to make it seem juvenile. But as that faded the film improved, and by the end I was sold; I got the message loud and clear and I saw the vast difference that a project like this could impact. 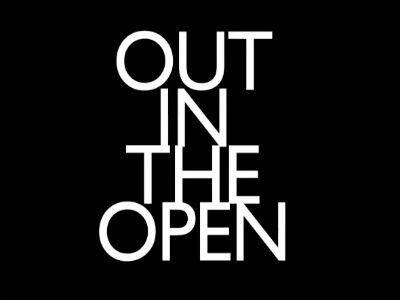 Video: The film was shot in 16:9, so it's a standard HD video, but you never have the opportunity to really notice. As with other interview-based documentaries, the image quality isn't the focal point. You might notice the clarity in picture of Matthew's hair, but that's about it.

Audio: There are no audio options with this disk; no language selection or subtitles for the hearing impaired. The sound is mixed well throughout and the interviews are clear and well balanced. The only negative I noticed was an extremely loud wind during the Roberts interview, which was distracting, but if you've ever been to California you know that filming outdoors can be a challenge.

Extras: There are a multitude of extras with this DVD. First, you can watch the original version of the film or a version with commentary, featuring the director, editor, and producers. There are two featurettes: extra footage with the Lifeworks team and a set of scenes created by OutSet. There are two blooper reels: one from the film and one from the comical PSA. Also, there are four extended interviews: with Carson Kressley, Rev. Dave Stambaugh, Eric & Eliza Roberts, and DJ Paul V. Lastly, there is a photo gallery, a trailer for the film, and trailers for five other Breaking Glass projects. 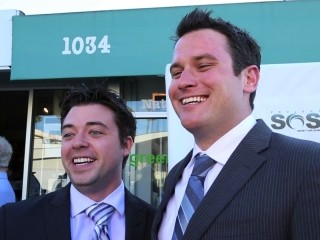 Recommended. This is a film that could make a difference in someone's life. Even for those who are not struggling with anything concerning this issue, it could be a very educational experience. Out in the Open is a well-made documentary that comes from a very honest and refreshing place. The video quality is good, the audio quality is fine, and the extras are there for the watching. This is a movie that deserves to be shared with others, especially where it might do some good.