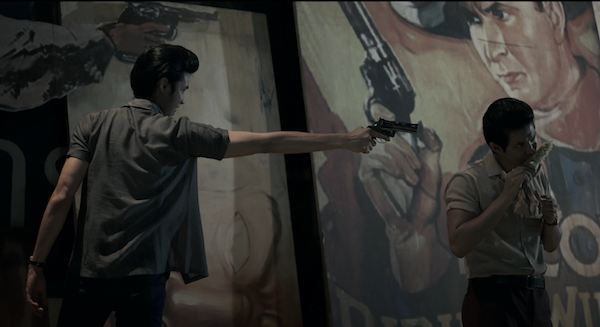 Set in the Thai underworld of the late 1950's and 1960's, writer-director Kongkiat Khomsiri's The Gangster suggests a less ambitious version of John Woo's Bullet In The Head or Scorsese's GoodFellas. While Khomsiri scores major points for preventing his true crime drama from falling back on formula, he veers too often into heavy-handed melodramatic territory.

While The Gangster is largely focused on mid-level tough guy Jod (Krisada Sukosol Clapp), the movie tries to examine all the struggles for power and respect at all levels of a crime family's food chain. Everyone seems to be working for the same Big Boss, but there is little honor among thieves. The bosses tangle with each other for larger territories; the mid-level guys fight against rival gangs and amongst themselves in hopes of getting further up the ladder; and the street-level guys are just doing their best to make sure they are joined up with the winning side at any given moment. Khomsiri employs Reds-style interviews with people who were around during these events. One of them makes a point that there were two clear eras for the gangsters: a time of knives and a time of guns.

The first forty minutes of the film, depicting the "knife" period, crackles with electricity and startles with unflinching brutality (definitely an approach picked up from GoodFellas). Jod and his buddy Daeng (Somchai Kemglad) are into Elvis movies, looking cool, and trying to make a living without screwing over the poor and weak. (Sidenote: apparently Daeng was already the subject of a 1998 Thai gangster movie called Dang Bireley's and Young Gangsters.) As Jod, Krisada Sukosol Clapp has the perfect Tony Leung-type pretty boy looks, allowing us to accept him as a sensitive good guy who just happens to brutally beat and murder people when it is required of him. Jod and Daeng are rivalled by the casually cruel Pu (nicknamed "The Molotov Cocktail" after he murders a girl with that very implement), who beats up their supporters in a bid for more power. Eventually, Jod is forced to obtain a handmade gun to get rid of Pu. He is unsuccessful and a bystander is killed by the defective weapon, which forces Jod to re-evaluate his approach.

When the film segues from the "knife" era to the "gun" era, a weird thing happens. Rather than revving up, the film gets more contemplative. Sure, there is still plenty of violence, oodles of brutality, and a couple gallons of blood shed, but the verve of the early going is diminished. After a coup, martial law is declared in Bangkok to crack down on gangsters. Jod is sent to prison, and Daeng dies in a car wreck. When he gets out of prison, Jod continues to work for the same boss, but tries to live a different life. Haunted by visions of the innocent bystander he killed, Jod doesn't want to kill anymore. While he finds other sympathetic gangsters who agree with him, his new approach earns him just as many enemies.

Overall, The Gangster is an enjoyable crime film. Its grounded, earthy approach and relative lack of stylistic over-indulgences allows the audience to remain invested with the characters. While Jod's semi-pacifistic turn near the midway point adds an interesting wrinkle to the standard gangster plot, it unfortunately undermines the drama. Once he's made up his mind, there's not really any internal conflict for him nor anywhere for his character to go for the next hour. This weakens the film overall, but fans of the genre will certainly still find something to like here. 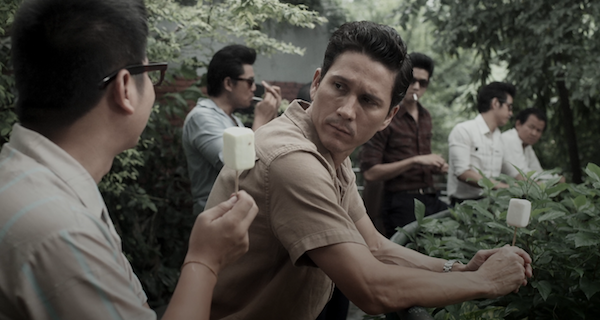 The Video:
As with a lot of Magnolia releases, the bit-rate is quite generous, and overall the AVC-encoded 1080p 1.85:1 image is great -- crisp and free from noise. However, there are more than a few other abnormalities throughout. Many of these video flaws seem to have been odd choices made by the filmmakers during the color-correction process, resulting in shots that look washed-out and others that have blown-out highlights. Presumably, something didn't quite work and they tried to fix it the best they could in post-production. Also, certain outdoor shots of a bright white sky have noticeable banding, which is more likely the fault of the encode.

Special Features:
There are three Thai-language bonuses with optional subtitles, all presented in 1.33:1 standard definition. There is a standard-issue 8-minute Making of The Gangster featurette where the director and actors talk about the film, a 75-second Behind the Scenes montage of camcorder footage shot on set that is a little too quick to make an impression, and the original Thai theatrical trailer.

Magnolia also provides a handful of trailers for its other current releases, which play when you pop in the disc or can be accessed from the bonus menu.

Final Thoughts:
While it is unflinchingly brutal, The Gangster is more of a thoughtful drama about the human side of crime than a freewheeling celebration of violent men. It isn't completely successful, but writer-director Kongkiat Khomsiri's approach is memorable enough that I wouldn't mind revisiting this flick someday. Recommended. 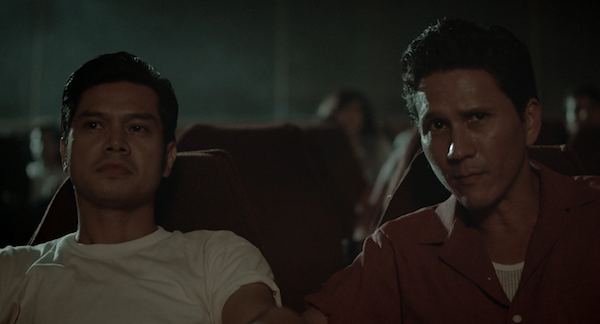