Al Madrigal: Why is the Rabbit Crying? 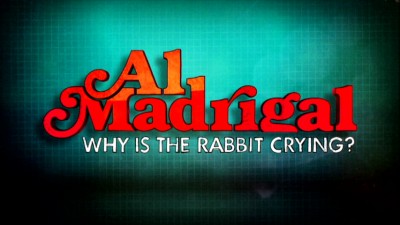 
The Show
Back in 2006, Comedy Central put out a two-disc sampler of their comedy albums called Double Chunk, which featured plenty of great up-and-coming acts including Daniel Tosh, Demitri Martin and Mike Birbiglia, but the one that stood out to me for the longest time was from Al Madrigal. The bit, about him going to buy a Christmas tree with his kid and how kids pick up language from their parents, was hysterical, but unlike many of the other performers, I didn't hear much of him after that. Apparently he's a bit of a late bloomer though, emerging as a great correspondent on The Daily Show, with an hour-long special now to boot.

Recorded at the Moody Theater in Austin, Texas, the special includes the concepts Madrigal has become known for, including the funny parts of being a father and Mexican/hispanic-American culture. That may sound a touch hacky, but he keeps it on the right side of hilarity, thanks to his use of accents and control of his voice, and a sense of disbelief with what he's observing. His talk of nature-loving cholos, the cholo soccer dad and the day labor draft is great (though white guilt can creep in, making you wonder where the laughs are coming from) and his bits about family are funny without being cute or safe. Describing his kids in a bouncy house as "coked-up young republicans" tells you what you need to know about his saccharine-free view of the household. 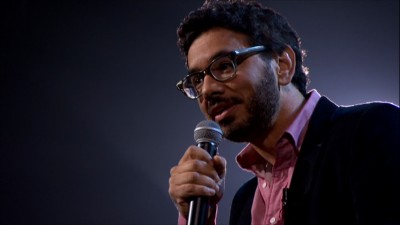 If you've got kids, you'll get far more enjoyment out of his family bits, like his kid's disappointment with the family's house or the adult value of playdates. However, Madrigal's delivery makes them universally appealing, and the jokes aren't so specific to the experience of parents to exclude others (even when he goes after couples without kids for their freedom-filled lives.) If you're not a parent, you were once a kid, and you can appreciate the generational clashes between Madrigal and his kids, especially the things they say to him that they learned from television.

Being Mexican-American and a dad isn't the only source of his comedy though, and the other areas he touches on may be even funnier than the jokes in his wheelhouse. A segment on getting a massage, including the options available and the not-so-erotic possibilities, offers up one of the most memorable lines of the special, while a bit about racist stuff on TV, including a breakdown of a recent Golden Corral commercial, made me laugh harder than I have in a long time. Madrigal even gets into longer storytelling, which combines his strengths in the tale of an accidentally-drugged middle-aged Guatemalan cleaning lady. Not everything hits though, with a bit about wi-fi network names landing lighter than it should considering its position in the line-up, but his average is high enough to let such lower moments slide. 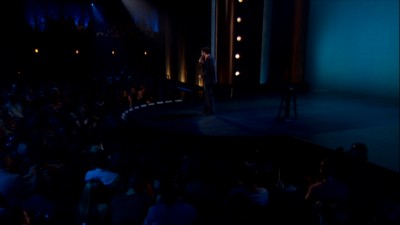 The Discs
Why is the Rabbit Crying? comes in a two-disc set, with a CD and a DVD, which are packed in a CD-size three-panel digipack with some of the creepiest sprinkles-related photography ever. The DVD features a static anamorphic widescreen menu with options to play the special, select scenes, check out the extras and adjust the set-up. There are no audio options, but subtitles are available in English SDH.

The Quality
There's a unique stage design behind Madrigal that changes color with each segment, and the anamorphic widescreen transfer captures the color well and offers a nice level of fine detail, though the main long-range camera is a touch soft, and experiences a bit of pixelation The difference is extremely obvious when the image changes from the close-up camera on the edge of the stage, which is razor-sharp, to the wide angle, Overall though, it looks good.

The Dolby Digital 2.0 track on this DVD is solid, delivering Madrigal's voice clearly, and keeping it well separated from the audience, but there's nothing dynamic about the front-and-center presentation. There are no problems with distortion though.

The Extras
The bonus features start with an oddity, as you get Madrigal and his buddy comedian Louis Katz doing commentary on Madrigal's 2004 episode of Comedy Central Presents (22:53). You can't watch the special with just the original audio though, which is a shame. Instead you get to hear Madrigal and Katz poke fun at the set. The problem is, without knowing the jokes, hearing them rag on them is less interesting.

The other two extras are additional Madrigal content from the Comedy Central archives, with Shorties Watching Shorties (1:51), an animated version of Madrigal's bit about his awful visit to a Mexican brothel, and his favorite correspondent bit from The Daily Show (5:28), which saw him report on the banning of high-school Mexican-Americ/an studies in Tucson, Arizona. Both are fun clips for those looking for a bit more Madrigal. 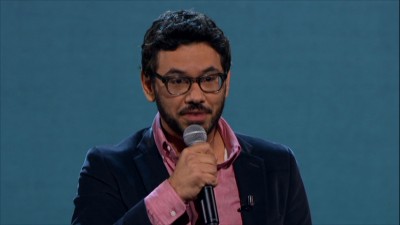 The Bottom Line
Al Madrigal's long been a favorite, because he manages to do dad comedy without coming off as hacky, and has a great control of his instrument, combing his voice and accents with his expressive face to sell his jokes well. This is a fun set, especially if you can relate to being a dad. The package looks and sounds fine and offers a few enjoyable extras to slightly extend your enjoyment.