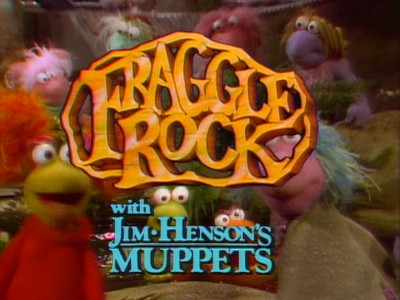 
The Story So Far...
Originally airing on HBO in the mid â€˜80s, Fraggle Rock told the tale of a underground race of creatures called the Fraggles, who live without responsibility in a place known as Fraggle Rock. Their only concerns come from trying to be happy and staying a safe distance from Sprocket, the dog who lives in the shop above their home, and a gang of monsters known as Gorgs who live on the other side of the Rock. Most episodes focus on music, but they can get into more thematic elements as well. Season set, complete runs and smaller collections have been released on DVD over the past eight years, and DVDTalk has reviews of many of them.

The Show
Jim Henson was responsible for some iconic creations through his workshop, including the internationally idolized Muppets, and various other characters, including some who appeared on Saturday Night Live in its early years. For many of my generation through, at least those who had cable, Fraggle Rock ranks a firm second in his pantheon of creativity. Part of it may be the theme song, one of the catchiest music numbers ever written, but the show was certainly unique and enjoyable, mainly because of Henson's imaginative puppets but also because it didn't feel like it was trying to teach a lesson, unlike so many others kids shows of the era. Of course, if you were paying attention, it was delivering what amounted to secular sermons about topics like being true to yourself and allowing time for yourself, but it didn't do it quite as obviously.

Though there were hundreds of Fraggles living on the Rock, the show focused on a core group of five, featuring Gobo, the leader; Wembley, the goofball; Red, the excitable one; Mokey, the hippie and Boober, the downer. They took part in various adventures and stories in and around the Rock, but Gobo was the star of the show, as he was the adventurer, tasked by his Uncle Traveling Matt, to be his connection with the Fraggles, collecting his postcards from "outer space" (our world), to tell his tale. The postcards are delivered to a workshop above the Rock, owned by an older man named Doc, and guarded by a puppet dog named Sprocket (who, with his great expressions and movements, is one of the best constructions in the entire series.) Gobo has to get by them to get the postcards, which are then interpreted by live-action scenes with Traveling Matt. Tying everything together, Doc and Sprocket's wrap-around story mirrors the Fraggles' plot, keep them well-connected to the show. 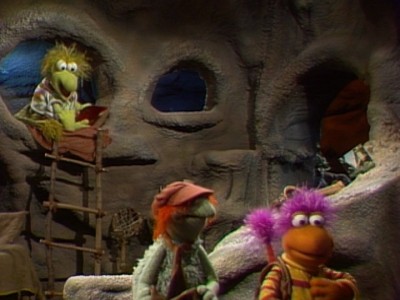 The Fraggles (and Sprocket) aren't the only puppet creatures on the show, as the tiny Doozers (adorable little round-headed construction workers), the giant Gorgs (massive bullies who hunt Fraggles and are portrayed as either developmentally delayed or Southern) and the bizarre Marjory, a talking trash heap who dispenses wisdom, round out their world. The Doozers' construction projects are eaten by the Fraggles in a strange symbiotic relationship, which would not be shocking if it was some sort of statement on the working class and the rich, and their reliance on each other. Though the show was made for kids, it was surprisingly deep at times, perhaps no more so than when Gobo sings a song about finding his meaning in life as he decides his role as an adventurer was not chosen but foisted upon him. It goes well with an episode where Mokey joins what is essentially a wandering cult, thinking she's found her calling in life, following a leader who speaks in twisted platitudes.

This set features six episodes from the series' first two seasons, including the first-ever episode. What's nice as far the selection goes, is each of the core Fraggles gets their own spotlight episode, be it a look at Boober's fun-loving alter-ego or Wembley learning to say "No" when people take advantage of his helpful nature. (Wembley may be the most enjoyable of the Fraggles, as his self-deprecating sense of humor can be quite funny.) Each episode features plenty of musical moments, and the songs are very entertaining, rising above the traditional simple kids songs. Gobo's "The Me I want to Be" in "Gobo's Discovery" could easily be a blues/rock number by the Rolling Stones or The Who. 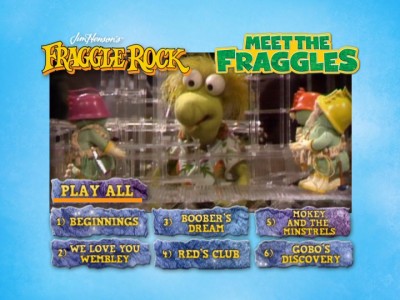 The DVD
The six episodes in this set arrive on one DVD, packed in a standard-width keepcase. The disc features an animated full-frame menu offering options to play all episodes or select shows. There are no audio options and no subtitles, but closed captioning is available.

The Quality
Like most video recorded in the â€˜80s, the full-frame transfers on these episodes have a harsh look to them, with a sharpness to the image, though the colors are decently bright and there's a decent amount of detail (the fluffy hair on the Fraggles' heads and the texture of the puppets' "skin" are surprisingly defined.) When greenscreen is used, the effect is obnoxiously obvious, and the opening titles are a bit rougher than the rest of the presentation, but there are no notable concerns about damage or compression artifacts. It looks old because it is old, not because it wasn't handled well.

The Dolby Digital 2.0 tracks are straightforward, with no obvious mixing or channel separation, but they are also free of any distortion. Voices and music sound solid and strong.

The Extras
Unlike previous releases, this one arrives without bonus features. 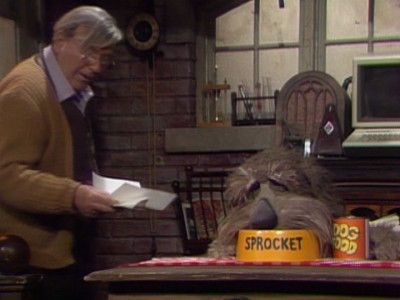 The Bottom Line
I sat down with my 7-year-old daughter to watch Fraggle Rock, and sadly it didn't hold her attention the way it did for me when I was younger, however she clapped happily along with the theme, so there's hope. This set offers a nice cross-section of a show that holds up well, and the presentation, outside of a lack of extras, is as good as can be expected. For the price, it's not a bad slice of â€˜80s nostalgia.