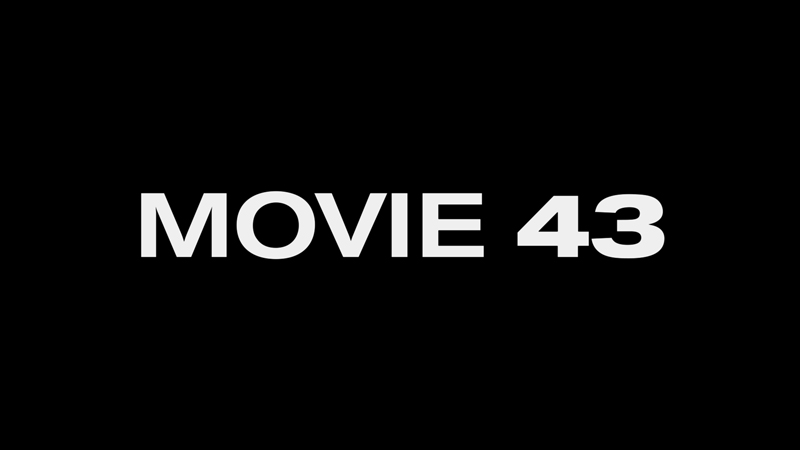 A sketch comedy movie, in the vein of The Groove Tube, Kentucky Fried Movie or Amazon Women on the Moon (but nowhere close to their quality), Movie 43 offers a series of unconnected scenes, visualizations of a movie pitch by a crazy man (Dennis Quaid) to a film producer (Greg Kinnear). The concept is not a bad one, and leaves a lot of room to play, but it doesn't lend itself to any kind of pacing, as the scenes are far too long to work inside this framework. The filmmakers, including 12 directors, led by Peter Farrelly, seem to understand this problem and eventually abandon the concept in a very meta manner. It doesn't help matters, but it does help you feel you're not crazy for thinking it's not working.

The film is filled to overflowing with stars, including Kate Winslet, Hugh Jackman, Emma Stone, Seth MacFarlane, Richard Gere, Jason Sudekis, Johnny Knoxville, Kristen Bell, Stephen Merchant, Halle Berry, Anna Faris, Terrence Howard, Elizabeth Banks...the list just goes on and on. Though there are some references online to how some of those involved got roped in, the vast majority of the actors seem to have lost a bet. That's the only reasonable explanation for their involvement in this movie. It's just bizarre to see an award-winning actress make guacamole with her (most-likely prosthetic) breast or an award-winning actor scream about 18-inch penii. (Try to guess who they are. You may be surprised.) 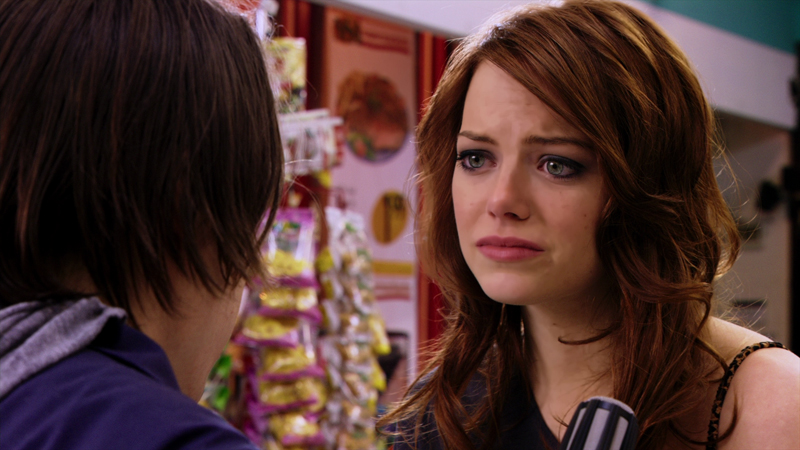 Perhaps it's some sort of Stockholm syndrome or just the shared glow of all these stars, but when you compare this film to the run of crap spoof films like the "Blank" Movies foisted upon us by the Wayans' and the insufferable team of Friedberg and Seltzer, this one is actually watchable. There are moments where it's actually entertaining, when it's not being terribly infantile or just simply gross. A scene set in a supermarket between Stone and Kieran Culkin is so over-the-top it actually kind of works, Kate Winslet's reactions to Hugh Jackman's unfortunate secret display some excellent comedy chops, while a scene featuring Sudekis as an awful Batman to Justin Long's Robin, set at a speed-dating event, has all the elements of sketch gold (even if it does spiral out of control.) One scene with ChloÃ« Grace Moretz, centered around her first period, is just simply disgusting, but then, with the addition of Patrick Warbuton and Matt Walsh, it somehow becomes moderately funny. With a touch of restraint and perhaps more of an overarching vision, it's not impossible to think this could have been a good movie.

Though it's easy to say something like this, which was pieced together over a four-year period as people's schedules allowed, is an exercise in lazy filmmaking, it's just about the definition of it, as it's not hard to expect more from a film directed in part by people with some genuine filmmaking talent, including Rusty Cundieff, James Gunn and Brett Ratner. Not to mention, at least two of the segments are actually remakes of older short films. There's also the curious fact that several of the writers on the film hail from Swedish advertising agencies, and this is their first film work in English (or any other language.) That's certainly an odd choice when it comes to comedy, which is notoriously hard to carry across cultural and language barriers. 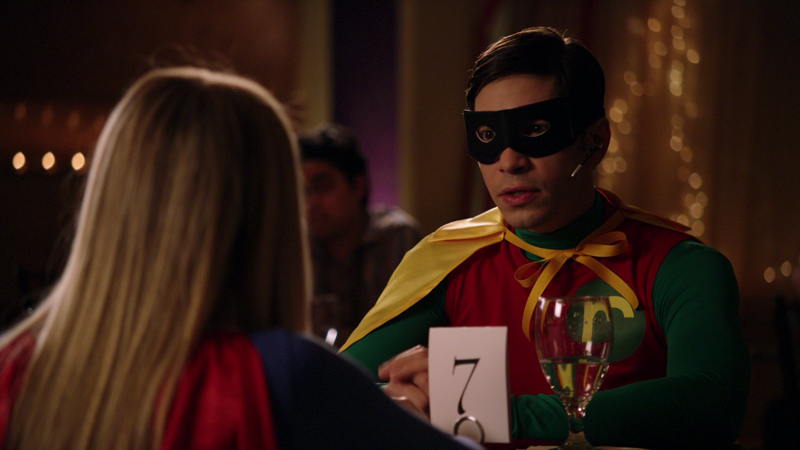 The Discs
A two-disc release (a Blu-ray and a DVD), this film arrives in a standard Blu-ray keepcase with a digital-copy code. The disc has an animated menu with options to watch the film, select scenes, adjust languages and check out the extras. There are no audio options, while subtitles are available in English SDH and Spanish.

The Quality
The 1080p, AVC-encoded transfer on this disc offers up several different looks, thanks to the way the film was produced, but overall it looks great, though some scenes, like the one between Berry and Merchant, are so razor-sharp and grain-free that they look a bit strange. Color is solid across the board, black levels are apppropriatey deep and the level of fine detail is top-notch. There are no notable concerns about digital distractions either.

The DTS-HD Master Audio 5.1 track here is mostly weak, with nothing much going on aside from the dialogue, though that's handled well, with no distortion. Some occasional music crops up to give the surrounds some work, but for the most part it's a quiet film treated well by this presentation.

The Extras
The key extra is an alternate take of the film, or more correctly, the international cut, which replaces the framing device of the writer and producer with a pair of stoners using the story of a banned Movie 43 to trick the one's brother, sending him on a search for videos online. These segments have far more going on than those in the theatrical cut, and the scenes are mostly better tied together, but they don't make a huge difference, outside of the introduction of more nudity and Beth Littleford. In comparing the two, the kids are more enjoyable than Quaid and Kinnear.

The other extra is a cut scene, written and directed by Bob Odenkirk and starring Julianne Moore and Tony Shaloub. (Seriously, how?) This scene sees the couple looking for their missing daughter, with only a brief video clip to guide them. It's somewhat similar to an SNL sketch from a while back with Kate Hudson, but being in an R-rated movie, the idea can be taken a bit further.

Wrapping thing up are the film's trailer, a few more promos and the DVD and digital copy. 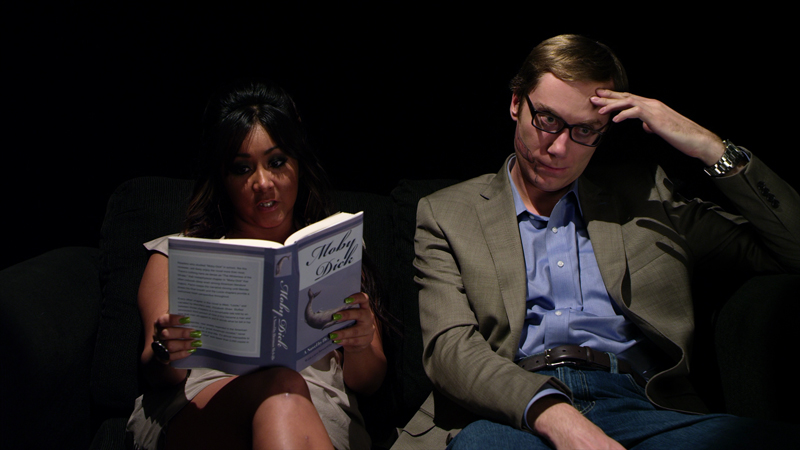 The Bottom Line
The framework of a fun and funny movie can be seen in glimpses in Movie 43, but like your average episode of Saturday Night Live, promising set-ups wind up unfulfilled and big-name stars wind up underused. And though I can't speak with certainty, as someone who doesn't partake, this seems like a movie made to be watched under the influence of some mind-altering substance. It's a bit aggressive in its use of gross-out humor and some scenes are just simply flat, but there was something there if more of an attempt was made. The presentation is fine, though there are a few minor bits of bonus content (which may be a good thing.) Proceed with caution (or a heavy buzz.)