Law In These Parts, The 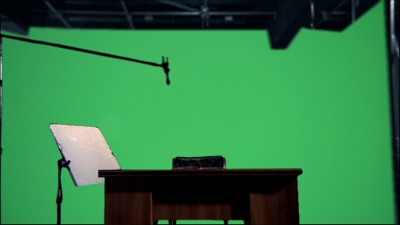 There are at least two separate moments in Ra'anan Alexandrowicz's challenging, excellent documentary The Law in These Parts where Israel, the director's homeland, is referred to as "the only democracy in the Middle East." This is key, because the documentarian's subject -- Israel's military-legal dominance since 1967 of its neighbor, Palestine, and the Palestinian people -- and even moreso his approach, weighs and rigorously tests the idea that Israel is an exemplary beacon of democracy in a region of theocracies, dictatorships, and/or monarchies. But this film is no disgusted, denunciatory anti-Israel screed; it gives one the strong impression that it could only have been made by a native Israeli who is deeply attached to and invested in the idea of his nation-state, and torn between his love of country and his disappointment and sense of unwilling complicity in its failings, hypocrisies, and large-scale, destructive wrongdoings. It's a very distinct mix of the legal/historical investigation/exposÃ© and the personal, self-reflexive essay-documentary genres that Alexandrowicz has attempted, and the result is something brilliantly multilayered, innovative, and profoundly thought-provoking. 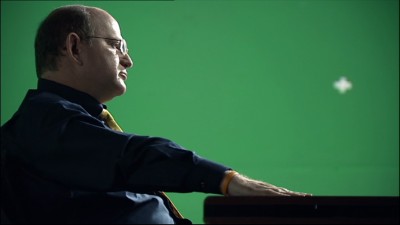 As the title implies, it's the legalities of Israel's occupation (or "holding," as the official, legal term became) of the West Bank and other Palestinian-inhabited territories after they won the Six-Day War that the film takes most directly for its matter at hand. Alexandrowicz structures it as a lengthy, detailed interrogation of a handful of interviewees -- some of the most prominent and influential military/legal advisors and judges to shape Israel's tortuous postwar legal stance vis-Ã -vis the Palestinians -- that progresses in five roughly chronologically-ordered sections, from clandestine, premeditated legal preparations for a presumed eventual Israeli military victory over/occupation of certain adjacent sections of Jordan, Syria, and Egypt to the snowball effect that their clever legal ideas, approaches, and implementations would have over the next 40 years of "temporary" occupation, with its dreadfully familiar escalation of protests, riots, suppression, suicide bombs, and the all-around violence and recrimination of Israel's dominance of Palestine. What Alexandrowicz traces through his interviews with these now elderly gentlemen, each highly intelligent and articulate, is the history of a legal double standard and the legalistic acrobatics and sleights-of-hand required to justify it. Rather than simply apply Israel's laws to their expanded territory soon to be populated with Jewish settlers (and risk granting the conquered people the civil rights of Israeli citizens), there began a steady and massive pile-up of labyrinthine, "special" laws dedicated exclusively to regulating the occupied territories -- in reality, particular rules imposed by Israeli courts, judges, and security/police upon certain second-class group of people, and much more often enforced against people who already lived in the occupied territories, not the controversial and violently contested new settlers moving onto land requisitioned from its former, militarily displaced inhabitants for "security" reasons, the hand-over of which was a dangerous, dubious action resulting from "legitimate" law concocted by the Israeli side. 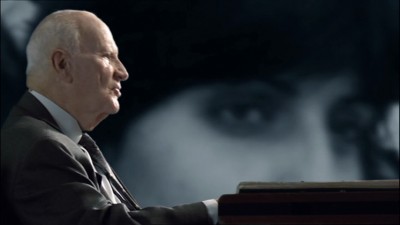 What becomes clear through these interviews, with Alexandrowicz asking questions from off-camera and the interviewees appearing onscreen in medium-close or close-up view, is the dissonance between the need for legal legitimacy on the part of all these juridically-minded former officials (one of whom, Meir Shamgar, was President of Israel's Supreme Court from 1983 to 1995) and the glaring, deadly injustices their apparently sincere and fair intentions have led to. Some of these men seem more "liberal" (sympathetic to the Palestinians who've had their land and homes robbed, their civil rights infringed upon, and their movements restricted), others more right-wing (convinced that the rights and security of Israelis should naturally supersede those of the "enemy" Palestinians -- these guys are prone to espousing, without irony, crypto-fascist wisdom like "Order and justice don't always go hand in hand" and "Security comes before human rights"), but all have worked within the law to legitimize an occupation the true legitimacy of which seems, at least according to the filmmaker and the ample evidence he marshals, highly dubious. 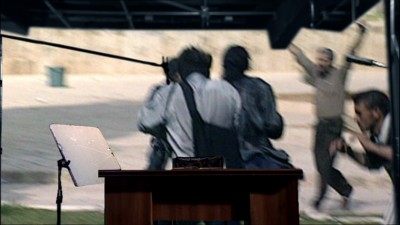 These interviews, which constitute the bulk of the film, are what enlighten us as to the facts and the argument, but it's the filmmaker's own vision and presence that transforms what we learn about Israel's separate-and-unequal history with their quasi-colonies into something galvanizing, provocative, and demanding in the best possible way. How easy (and facile) it would have been for Alexandrowicz to bring in their interviewees, agents of a destructive system and history, and score self-righteous, moralistic points off of them, striking an attack-mode pose meant to distinguish himself, the noble and critical filmmaker, from the vile establishment. But his integrity doesn't allow, ever, for such self-indulgence: Alexandrowicz's consistently intervening voice-over commentary, musings, and self-interrogation asks equally difficult questions of himself, his project and, by extension, the very idea of documentary/"nonfiction" film itself, reminding us of the innate subjectivity of documentaries despite the deceptive appearance of objectivity they can present; the limitations of a film that must be edited into a recognizable shape and order, must have a point of view, and must inevitably exclude some voices and alter others; and, most honest and troubling, the fact that the filmmakers hardly exist outside the system they're critiquing, which allows them, as Israeli citizens, to make their critique under certain protections and in relative physical safety (Alexandrowicz takes very seriously the claim of an interviewee, former military legal advisor Alexander Ravati, that his own freedom, safety, and liberty as an Israeli filmmaker depend upon the moral "gray zone" in which Israel's security forces legally -- or extralegally but with some sense of impunity -- harass, oppress, and torture Palestinians, and Alexandrowicz fruitfully ponders and agonizes over this paradox in an eloquent, sobering concluding voice-over soliloquy). 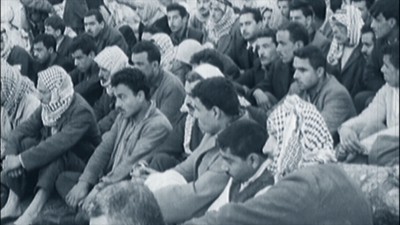 This auto-critical impulse on Alexandrowicz's part hardly neuters the film or undermines its case against the occupation; it has the opposite effect, serving rather to heighten and purify its genuine, well-supported anguish over the miscarriage of Israel's just, democratic ideals in its shameful -- however cleverly legally covered -- dealings with Palestine. Add to this the director's ingenious visual strategy -- a staging and framing of his sound-stage interview room as a site of rigorous questioning not only of the interviewees, but of everything and everyone involved in the project, an environment whose artifice and isolation from outside reality are revealed in wide shots of the entire set and then offset by a green screen on which the ever more unjust and inhumane real-life effects (in the form of footage taken from other documentaries on the Israeli-Palestine relationship over the last 40 years) intermittently appears as jarring background that then intrudes into and overwhelms the film, somehow miraculously foregrounding glimpses of lived history in our sealed-off vacuum chamber of interviewer, talking heads, and cinematic apparatus -- and you have a film that's not just smart and informative, but morally rigorous and aesthetically innovative/pleasing. The green screen is a contrivance and a device, yes, but an exceptionally well-considered one -- not remotely a gimmick, but an exhilaratingly unexpected, visually and ethically perfect use of a technology almost always associated with escapism (the silhouette effect in which we consequently see the interviewees' dignified, tidy, symmetrical desk and chair in profile against the green-screen footage of their legislative/judicial actions' awful reifications makes for the most striking, unusual, beautifully significant imagery I've seen since Godard employed a similar revelatory/dialectical visual strategy of superimposition in his great film NumÃ©ro deux). It doesn't go unnoticed, by the filmmakers or by us, that they themselves, their physical presence and microphones and cameras, are also thrown into relief against that green screen and its composite background of damning protest and violence; The Law in These Parts is nothing less than the search of artists/citizens on whose own (unsolicited) behalf great wrongs are being done, in order to locate themselves appropriately where they stand within the system, to see where and how civilians, artists, "concerned citizens" like themselves are implicated, too, and perhaps where resistance might be feasible and effective, not merely oblivious, grandstanding, or hypocritical. It's a courageous act, not just of astute critique but of accountability, responsibility-taking that doesn't just conveniently point fingers or (dis)place blame somewhere else -- a film whose beauty and complex lucidity at the moral level are as powerful as they are on its visual and aural fronts. 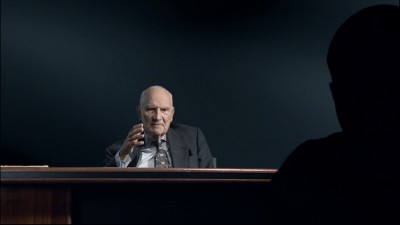 
The picture quality of this transfer of The Law in These Parts, presenting the film at a anamorphic-widescreen aspect ratio of 1.78:1, is very fine, perfectly faithful to the high-def digital-video technology on which it was made, with all the lighting, colors, skin tones, darks, etc. in 's beautiful videography as vivid and solid as could be expected, and with no compression artifacting of note at all throughout.


The disc's Dolby Digital 2.0 sound (in Hebrew with optional English subtitles) renders every layer of the film's soundtrack, whether it's the rich and immediate tones of the spoken voice-overs and interviews or all the nuances of timbre and sonorousness in Karni Postel's minimalist piano score, wonderfully well, with no distortion, imbalance, or other audio flaws at any point. 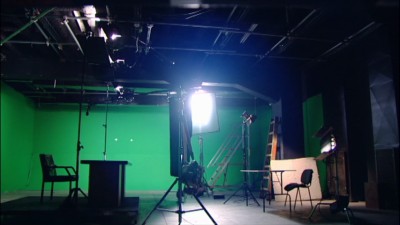 The Law in These Parts is a documentary about an extremely divisive topic -- Israel's long-running occupation of Palestine -- that refuses to just make accusations or rest on any self-righteous laurels, instead holding itself and its creators as accountable as its subjects. The integrity and inventiveness of its director, Israeli filmmaker Ra'anan Alexandrowicz's approach, in both conception and execution, simply cannot be overstated; he gathers together and questions some of the most prominent and influential (many now retired) legal/judicial figures from the 40-year (and counting) takeover of the West Bank, the Gaza Strip, the Golan Heights, etc., but it's not to scapegoat; this is an entirely good-faith, sincere attempt not only to place blame where appropriate (and it may not be, always, in every case, for everyone involved) on decision-makers but, equally and perhaps more relevantly, to meet the filmmaker's personal imperative to locate, detail, and accept responsibility as a dismayed citizen of an ostensible democracy supposedly acting, when all is said and done and despite any disagreements, on his behalf. With great moral lucidity and a unique visual beauty, it asks its questions, without offering tidy or simplistic answers, the most complex and conscientious terms, lending it a power that in turn reverberates and inspires deeper, more critical thought in the riveted viewer, too. It's a superb, essential achievement; one of the most aesthetically unusual and invigorating, unfailingly thoughtful films of its kind to come along in a very long time. Highly Recommended.