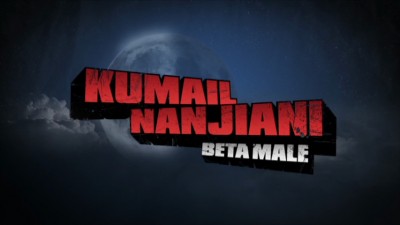 
The Show
For those of you who don't know, Meltdown Comics is a very well-known comic-book shop over in Los Angeles, though it's now best known nationwide as a home base for Chris Hardwick's Nerdist podcasting network, with the small NerdMelt performance space hosting shows like Dan Harmon's Harmontown as well as a variety of stand-up shows. Among the regulars my friend Amy Dresser gets to enjoy from her left-coast home is Kumail Nanjiani, a comic of growing stature, who co-hosts the Meltdown stand-up showcase and the gamer-centric podcast The Indoor Kids. An easy-going comic of Pakistani descent, he's become a mainstay on the "next big thing" lists, and he now boasts a Comedy Central hour, Beta Male, recorded at one of the new hot spots for recording stand-up, the Moody Theater in Austin, Texas.

More of a storyteller than a joke slinger, Nanjiani covers a lot of personal ground in his special, talking about his childhood in Pakistan and his experiences upon coming to America, as well as his love of video games and some bits about his Muslim upbringing, Occasionally he'll dip into some set-ups, like talking about sneaking kid-friendly content into adult movies, racism in horror films and cyan's prime spot in the printing community, but the majority of the material, as well as the best material, comes from his own experiences. His ability to delivery these stories so naturally is his biggest strength, aided by his foreign origins, which add authenticity and uniqueness to the anecdotes, which are universally funny, be it a story about violent mortality lessons at kids birthday parties or his early exposure to David Lynch's The Elephant Man. 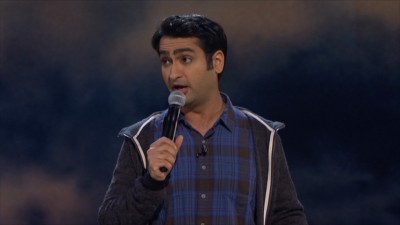 How a special wraps-up is often an issue for comics, as they put so much strong material in the middle to keep the audience engaged, that the ending can slow down a bit. Here. Nanjiani wraps with what was the funniest bit of the show, as he tells a story about living with roommates and dealing with what might be a paranormal presence in the attic. As he weaves the tale, I had to struggle to catch my breath, as the worst ghostbuster ever suited up and faced his fate. Though the segment is great, his delivery takes it to a whole other level, painting a truly hilarious picture of his battle with the other side. 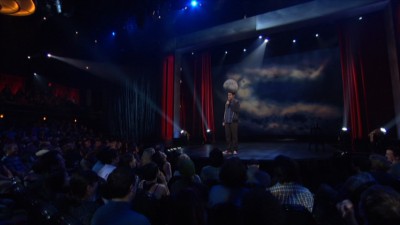 The Discs
Beta Male comes in a two-disc set, with a CD and a DVD, which are packed in a CD-size three-panel digipack covered with amusing photo/illustration hybrids. The DVD features a static anamorphic widescreen menu with options to play the special, select scenes, check out the extras and adjust the set-up. There are no audio options, but subtitles are available in English SDH.

The Quality
The anamorphic widescreen transfer on this special matches the usual Comedy Central quality, with a clear, sharp image that boasts quality color and solid black levels. There are no noticeable issues with digital compression artifacts here.

Continuing Comedy Central's trend of offering a Dolby Digital 2.0 track, this disc presents Nanjiai's voice clearly and without distortion, maintaining good separation from the audience. There's nothing dynamic about the mix but there's nothing wrong with it either..

The Extras
Aside from getting a CD of the performance, the only extra included is a 5:46 post-show Q&A with the audience, featuring some silly questions, and Nanjiani good-naturedly chatting with the crowd. Nothing life-changing, but worth a look if you like the set. Unlike other recent Comedy Central stand-up DVD, this set leaves out the comic's set on John Oliver's Stand-Up Show, but that's likely because it shares so much material with this special. 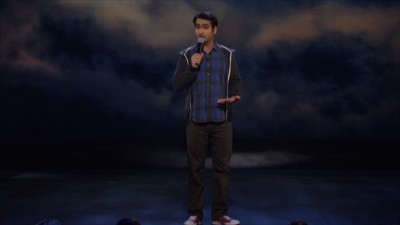 The Bottom Line
Unlike many comedians who attempt to get you to relate to them by joking about everyday topics and situations, Nanijiani welcomes you into the world of a Pakistani import through his stories of his life growing up and his new life in America, and the results are literally laugh-out-loud funny. The presentation here is solid, though the extras are a bit slight, and you shouldn't hesitate to check out his first special, which certainly shouldn't be his last.