Full disclosure, not only am I native lifelong resident of Portland, I also know, personally, at least one person who has appeared on "Portlandia." That aside, I didn't until recently, become a fan of the show, having major issues with a debut season sketch, "Coffee Land" that I still find crossing the line of mild racism. It was last season's epic "Brunch Village" episode that inspired me to go back and give what I missed a chance, resulting in a discovery of some very solid parody as well as a share of segments that fall flat. The third season of "Portlandia" starts with a Christmas special that is a fairly solid encapsulation of what one could expect from the upcoming season, but it's the second and third episode, "Take Back MTV" and "Missionaries" that highlight the series' captivating sense of humor and willingness to carry through recurring plotlines in a sketch comedy series. 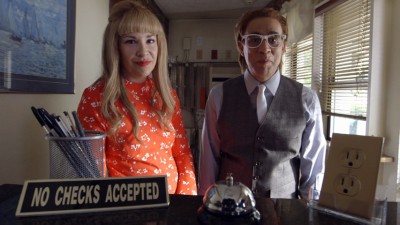 The "Take Back MTV" running gag definitely sets a standard for what the creators feel the target audience of the show to be; yes younger viewers may get the obvious jabs at the way MTV is programmed, but older viewers are going to get the most enjoyment from the entire tone, all the way to the cameos by Kurt Loder, Tabitha Soren, and Matt Pinfield. On a whole, I'd argue the series was never intended to be consumed outright by a younger audience, but thankfully the show keeps its humor level far above the level of pandering and only on occasion does "absurdity" get confused with pointless repetition. "Missionaries" however, sets the seeds for a running storyline involving Chloe Sevigny as Fred and Carrie's roommate, a "refuge" from Seattle (another sketch idea that is good for mild chuckles, but is otherwise stale and dated). Sevigny's character, eventually saps the series of its inherent energy, due in no short part to the actresses' inherent lack of charisma coupled with some of the sloppiest meandering writing in the entire series. 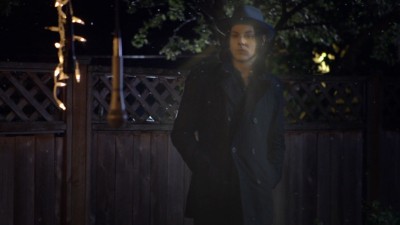 On the upside, a simultaneous running gag involving the Mayor (the always wonderful Kyle MacLachlan), really hits the nail on the head when it comes to local grown political humor, although the appeal transcends merely being a Portland resident. Of course, Fred and Carrie continue to revisit a swath of recurring characters from seasons past, including Kath and Dave as dead-on obnoxious know-it-alls fresh from vacation who cross paths with Nina and Lance, in a moderately amusing episode that ends up showcasing Fred and Carrie's acting talents more than the series' writing talents. On the other hand, the recurring characters of the feminist bookstore owners show signs of running out of gas. It's this very inconsistency that makes "Portlandia" a tough series to digest at times; when the writing is spot-on, it's mandatory viewing, but more often than not, there feels like an inherent failure in the editing process that takes something with fantastic potential down to the merely "good" or "ok" category. 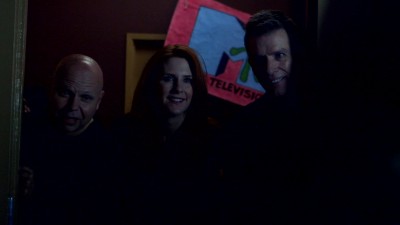 My criticisms of "Portlandia" might sound harsh, but the fact of the matter is, the series is quite likable, has exhibited brilliance in the past, but its consistency is flat-out frustrating. When I look ahead and think of what directions the writers will take things in season four, I'm optimistic that season four might bring some new recurring characters and give some older ones a chance to cool off, but on the other hand, with the hit-or-miss nature of the season long storylines, I'd hate to think that something as simple and brief as the Milk Advisory Board interludes are going to be forgotten in lieu of pointless nonsense like the extended Chloe Sevigny guest spot. At the very least, fans should hope the competency of the series doesn't wane.


The 1.78:1 anamorphic widescreen transfer is more than acceptable for the nature of the show, with a dialed back color scheme and above average detail. There's a bit of digital noise/grain in the image, but otherwise it's a pleasant show that does manage to convey the feeling of a lot of Portland.


The Dolby Digital English 2.0 audio track is more solid than one would expect, with some strong dynamic range at times, most notably during the ear pleasing opening titles (music courtesy of Washed Out). It's a well-engineered mix and provides a very natural sound.

My biggest complaint with this release isn't related to the show or technical quality of the DVD in anyway; instead I have to call out the studio on putting two DVDs in a flimsy "eco friendly" cardboard sleeve case. I could easily see the DVDs getting scratched up from simply trying to get them in an out of downright atrocious packaging. That aside, the third season of "Portlandia" offers a majority of solid, intelligently funny episodes. When the season hits its lowest points, it's not incompetent, just incredibly lazy; fortunately, the highs elicit very earnest laughs. Recommended.