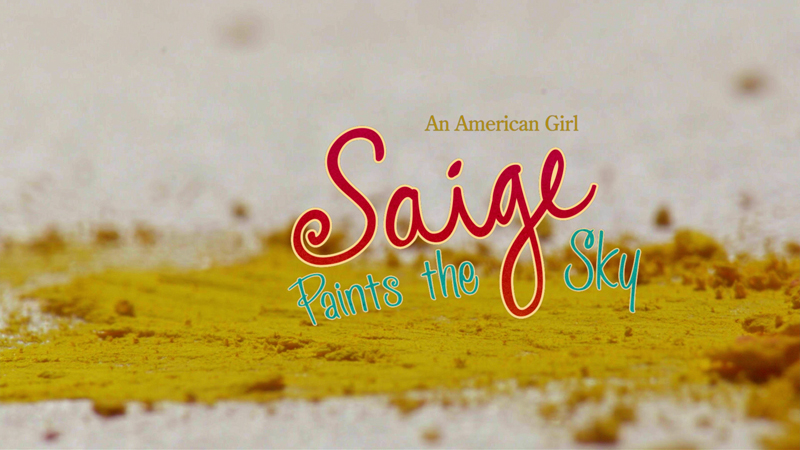 
The Movie
It's been almost exactly a year since I last looked at an American Girl movie, and my opinion of the expensive, demand-perpetuating line of dolls remains unchanged. But grandparents have a way of spoiling their grandchildren, and so my little girl is the happy owner of Saige, the 2013 American Girl of the Year. Naturally, when a Saige film followed, she waited with bated breath to watch it. Funny thing...when it aired on NBC, it just so happened to be headed to its conclusion when the network thought, let's break into a highly-anticipated, sunshiney movie aimed at little girls with the pre-game for the verdict on the man who killed a teenage boy. (Never mind that the verdict wasn't actually announced until after the movie would have ended.) So for any little ones disappointed by how things turned out, even if they didn't miss much, the home-video release is their only opportunity to see the film through to the very end.

The American Girl film franchise has found a very definite formula in telling the story of their annual spotlight doll, introducing her narrowly-focused pre-teen world, before throwing some severe obstacles in her path, disrupting her friendships and eventually pitting her against her biggest challenge to set up her biggest success. Here, Saige (Sidney Fullmer), a young artist living in New Mexico, has the deck stacked against her as she starts the fourth grade. Her best friend Tessa has found a new compatriot in her music-camp buddy Dylan, and due to budget cuts there's not going to be an art program at school. Thankfully, she still has her famous-painter grandma Mimi (Jane Seymour) to learn from. Well...for now at least. 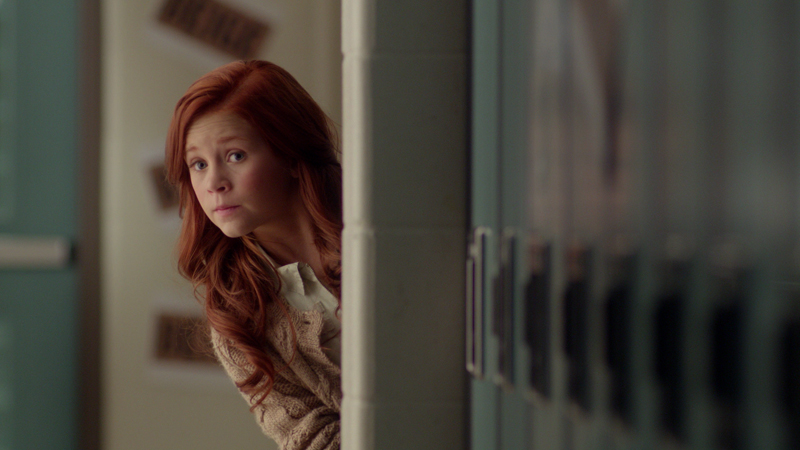 With Saige taking on the task of keeping her art program alive by raising $5,000 in six weeks, the movie has the usual "save the program" elements, like the protest and the climactic fundraiser (complete with tally board), but the focus is really on how Saige overcomes her troubles, which are thrown at her with the pace of wedding-day rice. Seriously, little Saige (who looks like a grade-school Emily Watson or perhaps a feminine Danny Cooksey) may be the most put-upon nine-year-old in recent history, and every time she's piled upon even more, be it the loss of her BFF or a crippling bout of stage fright that's ruining her attempts to ride a horse, it's a bit heartbreaking. Unfortunately, Fullmer's not at the point where her suffering feels that genuine, and when she has her big breakdown, it doesn't have the intended effect. As a father of a little girl, I can barely keep it together anymore when watching a child hurting in a movie or TV show, but I didn't wince at Saige's pain.

There's enough going on to carry the film through its 95 minutes, though most of that progress is thanks to the many songs and musical montages. You won't go more than a few minutes without one or the other, and they help to keep the energy up between segments of girl drama. Though the layered message of this film is the need to be able to embrace change, work together and express how you feel, plus the value of the arts in education, it's very focused on interpersonal relationships between young girls, and that's a minefield fraught with tense emotions and a complete lack of logic, which, for a guy, is hard to get into. How these girls treat each other (even Saige, who is dismissive of the new girl who wants to share her love of art) is simply terrible, and from I can tell from observing my daughter's friends, isn't far off the mark from reality.

As with the last American Girl film, this one is technically impressive, with director Vince Marcello returning behind the camera, lending the film polish and style. That he has some gorgeous scenery to work with (shooting in New Mexico and Manitoba) certainly helps, but Marcello and his crew do a fine job of raising the bar for a kid flick, with impressive work in visually expressing Saige's stage fright and putting on the big fundraising scene. One has to question though, if the school if short on money for an arts program how are they able to pull together what is basically a Broadway-quality stage show? But that's a logic question, and in the world of American Girl, logic can be checked at the door, in exchange for a heaping helping of emotion. Either way, with all the art, music and horses, my daughter had a grand old time watching one of her dolls come to life. Maybe we'll have to wait a few years for her to appreciate plot, character motivation and all that other stuff. 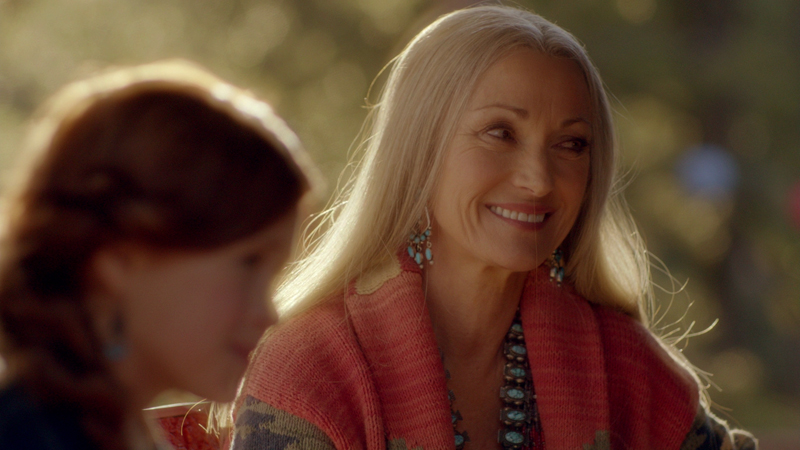 The Discs
The film arrives on a single Blu-Ray disc and a DVD copy, which are in a standard Blu-Ray keepcase with a holofoil-embossed slipcover. The disc has an attractive animated menu, with options to watch the film, select scenes and adjust the set-up. There are no audio options, while subtitles are available in English SDH, Spanish and French.

The Quality
With so much beauty on-screen, the 1080p VC-1-encoded transfer has plenty to work with and delivers it well. The level of fine detail hits some impressive heights with the clarity of the hair and plains detail, especially in the opening titles, though some scenes are simply soft and gauzy (most likely a creative decision, as the previous American Girl movie had the same effect during heartfelt, emotional moments.) Colors are bright and well saturated, while black levels, in the brief moments where darkness exists, are nice and deep. There are no notable issues with digital distractions.

The DTS-HD Master Audio 5.1 soundtrack won't shake the room and doesn't offer anything of note as far as dynamic mixing goes, but the dialogue is clear and easy to understand throughout and the music is appropriately powerful, getting a boost in the surrounds, which otherwise have to make due with some light atmospheric effects. A good but not great presentation aurally.

The Extras
Like last time, the only extra you're getting is an Ultraviolet digital copy of the film. 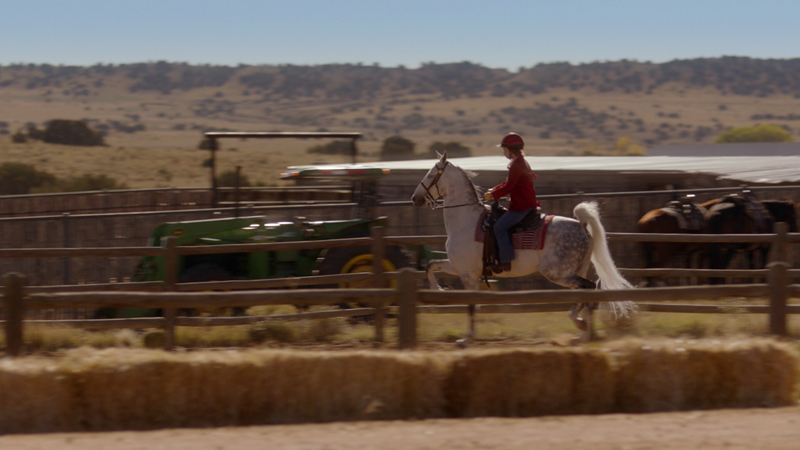 The Bottom Line
One day, Marcello is likely to break free from entertaining pre-teens and deliver a all-around quality film, but until then, he's doing a fine job bringing quality production to movies made to mainly entertain little girls. The presentation here is solid across the board, but there are no extras, so the need to own this is tied directly to the little girl in your life's interest in American Girl. If she's like my daughter, it's a must-have. American Girl, horses and pop music is a hard recipe to deny.