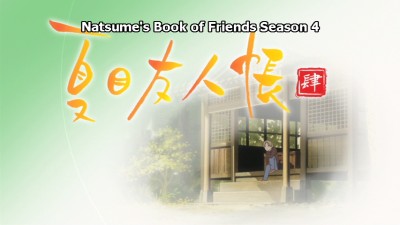 The fourth season of Natsume's Book of Friends has arrived on home media in North America from anime distributor NIS America, who has once again delivered 'the goods' to fans with a fancy premium edition set which comes with awesome collectible over-sized packaging, an artbook with illustrations, interviews, an episode guide, and more. The set includes Blu-ray, DVD, and book. This is another excellent release from one of North America's best recent distributors to jump into the anime marketplace stateside. Natsume's Book of Friends has currently completed four seasons in Japan, and it is based on continuing stories in Yuki Midorikawa's manga series.

The series is one of the most charming and laid-back series I have seen to date. The characters are at the forefront of the show: this is a show that takes time to let these characters grow and develop while making the audience become invested in the storyline. The show isn't really an ongoing show in the sense that the plot rarely steps outside of its established concept, with it mostly reveling in an abundance of episodes that follow a similar structural backbone with a yokai character interfering in Natsume's life (or someone else's) with Natsume and his feline friend (who is also a yokai) named Madara, otherwise known as Nyanko-sensei, helping him figure things out about the yokai and solve the problem by the end of each episode. This is a pretty straightforward concept that carries over throughout most of the series run without an abundance of attempts to tell an ongoing storyline. 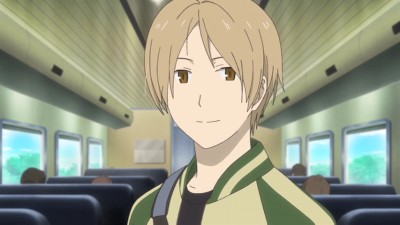 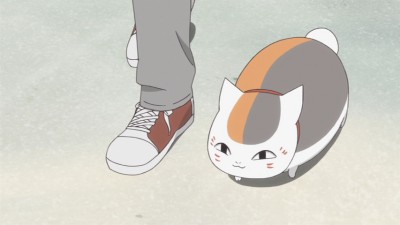 The thing that makes the show work as well as it does is that these characters, especially the character of Natsume, is so likeable and involving, that while the show seems to repeat story ideas more than it comes up with interesting new ones, the show is still entertaining, heartfelt, and enjoyable because the basic establishment of the show is effective. As an audience it's an easy thing to want to root for Natsume, and the show has a lot of genuine emotion that rises in places of character specific moments where the story becomes more about getting to know the characters rather than a new weekly yokai character that is usually going to be a more limiting type of supporting role. This is where the story truly succeeds from a storytelling standpoint. I genuinely found it pleasing, then, to discover that more of these types of moments were given within the fourth season of the show.

In particular, the concluding two episodes (which might serve as a series finale should the show not become renewed again at a later date -- which could still technically happen, as there are an abundance of stories left to tell from the manga as it is still an ongoing one) were heartfelt in a beautiful way. In these episodes, Natsume is able to revisit his adoptive parents, whom were a first for him (before other families helped to look out for him over the course of the show). It becomes significant to see Natsume return home and to reflect on his relationships, and how important these people, these adoptive family members, are to him. And he is joined by his friend  Nyanko-sensei, who is always by his side and there for him despite an insistence he repeatedly makes of only being there for the book of friends. 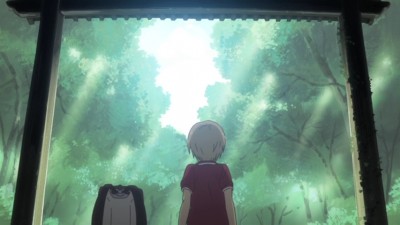 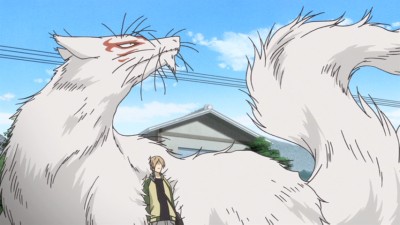 The direction is by Takahiro Omori (Baccano!), who always brings to the table a heart, style, and unique craft that keeps the vision of the show consistently enjoyable and worthwhile. Directing a show as laid-back as this one must have been interesting, and his style aided that laid-back anime approach which is so rarely seen in any productions.

The animations continues to be by one of the highlights of the entire show: because, frankly, the art is so incredible that this show joins the ranks as one of anime's finest productions visually in splendid qualities of color, craft, and overall grace. The background art is always lush and well defined, while character designs and the general texture is luxurious and absorbing to behold. I consistently found myself amazed by the art done by the fine animators who brought this show magnificently to creation. Each episode is an example of the greatest work currently done with Japanese anime.

The season represents an altogether warm and poetic ending should the show not be renewed, but at this point I hope to see more adventures within these haiku-envisioned episodic tales produced for fans of the anime and manga to enjoy. The show is so streamlined at times, but the core of the story remains one that is charming, relatable, and beautiful to behold. It's difficult to imagine this as the end of the story because these characters are immensely enjoyable and ones that you'll be wanting to see more of in their journeys. 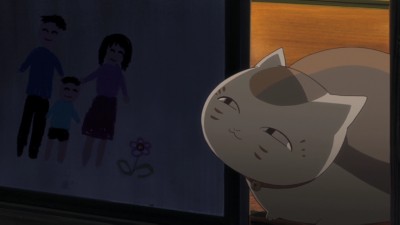 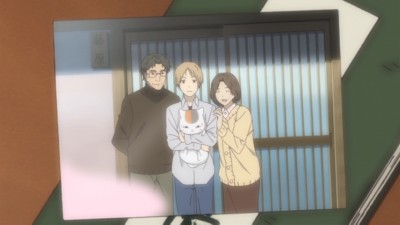 Natsume's Book of Friends looks much better with its 1080p High Definition presentation than it does with just a standard definition DVD presentation. The high quality animation looks stellar with its high definition encodings, and the clarity allows for more detail, smoothness, and fine texture to be noticed in the breathtaking animation done for the show. The 1.78:1 widescreen transfers retain the original television broadcast presentation.

The audio is Japanese Uncompressed PCM 2.0. Subtitles are in English. The series has a rather standard audio presentation that seems more focused on dialogue than anything else, but it has improved in clarity significantly with the upgrade to lossless high-resolution audio. This series does well in regards to reproducing dialogue. There is also good depth when it comes down to the music score. The audio presentation certainly enhances the majesty of Natsume's Book of Friends.  Its lossless quality presentation will be pleasing for series fans.

Natsume's Book of Friends: Season 4 is a Blu-ray/DVD combo release. 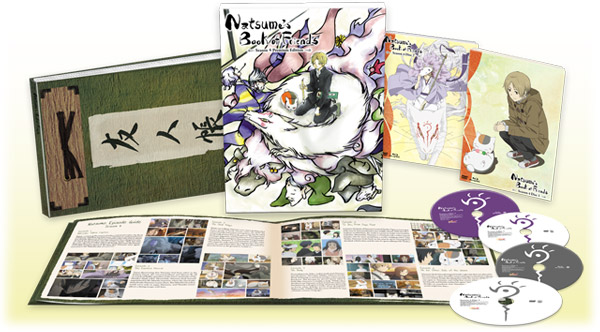 The series is housed in a collectible art-box with an art-book featuring the outer design of Natsume's book of friends (as seen in the series), an episode guide for season 4, character designs, interviews with members of the creative team behind the making of the show, an additional look at production artwork, and pages of full-page art from the series. It's truly amazing as a way to present a show and fans will be thrilled with the set's overall quality.

On-disc extras include a clean opening/ending, Japanese commercials, and trailers for other NIS America releases. 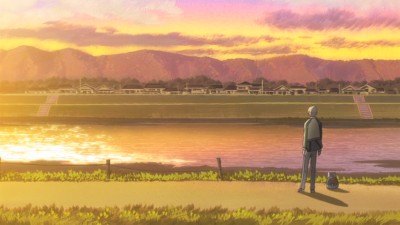 The fourth season of Natsume's Book of Friends had many of the most involving moments the series had throughout its run. While the manga continues to be published with new stories, the anime series might be over. It still has not been renewed for a fifth season. I hope it is going to become renewed again at some point, because this is a wonderful and well-spirited series with more to explore with these wonderful characters. The Blu-ray release by NIS America is once again stunning with an amazing 1080p presentation and with lossless audio. The book and the packaging is great too.

Fans of this series will definitely want to purchase this set to add to the collection. This set is another example as to why NIS America is turning into one of the great anime companies to ever exist in North America.