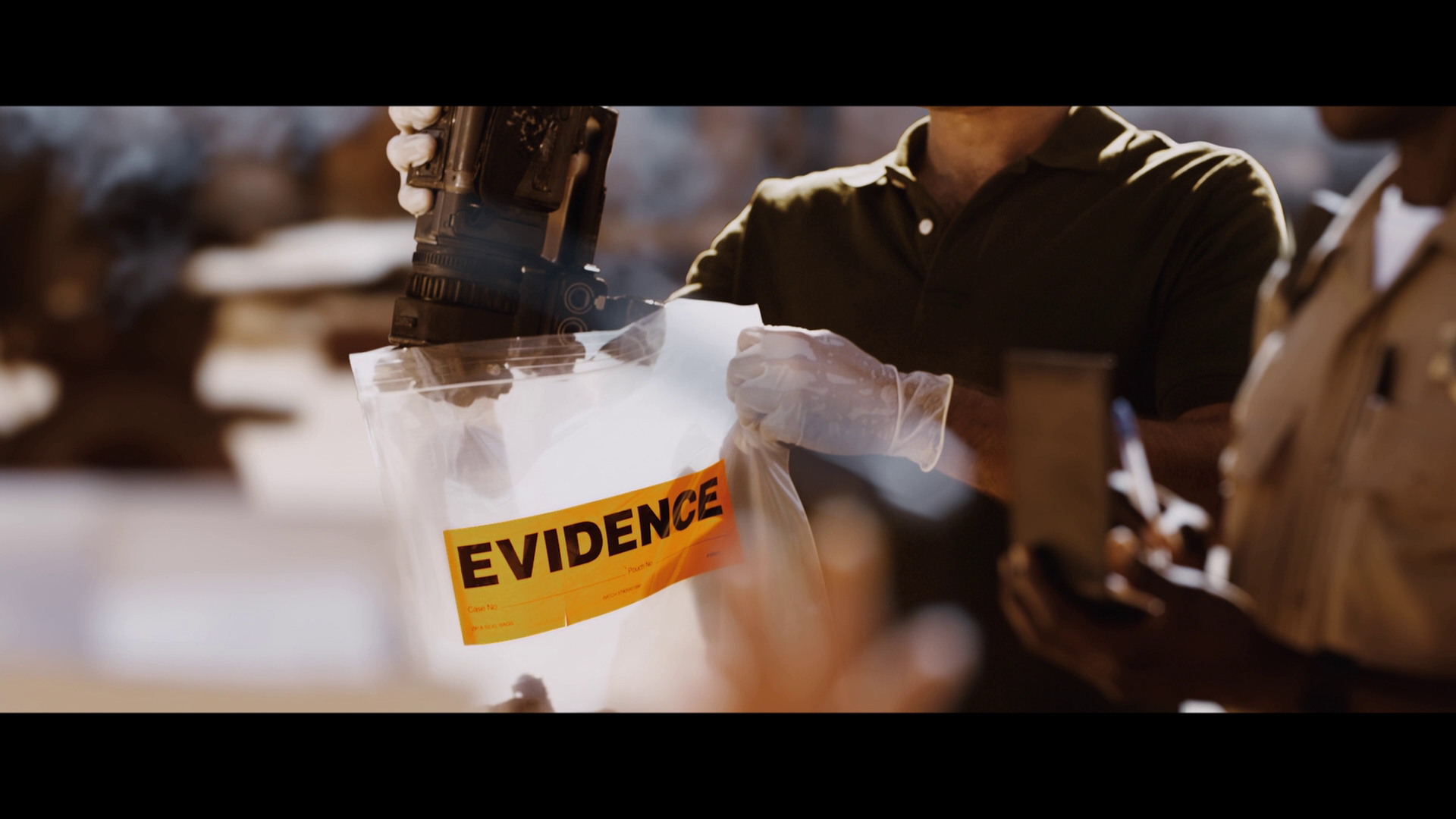 If you're going to shoot a "found footage" movie in 2013, you better have a damn good reason for doing so. I'm not against this cinematic trick sparked by The Blair Witch Project in 1999, but I am against lazy, nauseating filmmaking. Cue Evidence, an inexplicably disjointed found-footage thriller about a massacre at an abandoned gas station. There are a number of fungible victims alongside Radha Mitchell and Stephen Moyer, who play cops sifting through digital footage shot by the victims and partially destroyed by a huge fire. There's nothing particularly compelling about this scenario, and most viewers will wise to what's going on fairly quickly. The scenes with Mitchell and Moyer and hilariously overplayed and out of place, but at least those veteran actors managed to grab my attention. I can't say the same for the rest of the cast, who runs, screams and argues throughout the awful digital footage, which is often obscured by digital noise and damage. I was never tense or excited but I did feel queasy and bored during this atrocious film.

Things begin with a promising digital flyover of the massacre site. The camera swoops in from above onto crime scene investigators tagging a badly burnt body. The action then cuts to Mitchell's Det. Burquez, who is holding a decidedly unhelpful press conference about the murders, which took place at an abandoned desert gas station. She later joins Det. Reese (Moyer), and the pair begins reviewing the video evidence recovered from the scene. For reasons more convenient than convincing, several characters filmed their ordeal from start to finish. These include roommates Leann (Torrey DeVitto) and Rachel (Caitlin Stasey) and Leeann's estranged boyfriend Tyler (Noal Gerard Funk). The trio is heading to Las Vegas from Los Angeles via a shuttle bus driven by Ben (Harry Lennix) that is also carrying young mother Vicki (Svetlana Metkina), runaway teenager Steven (Albert Kuo) and a mysterious woman with a ton of cash (Dale Dickey). Ben claims they have to pick up a passenger down a rural road, which sounds like some bullshit, but the bus instead flips after running headfirst into barbed wire strung across the road. This leaves the passengers stranded in an abandoned gas station, where someone starts picking them off one by one. 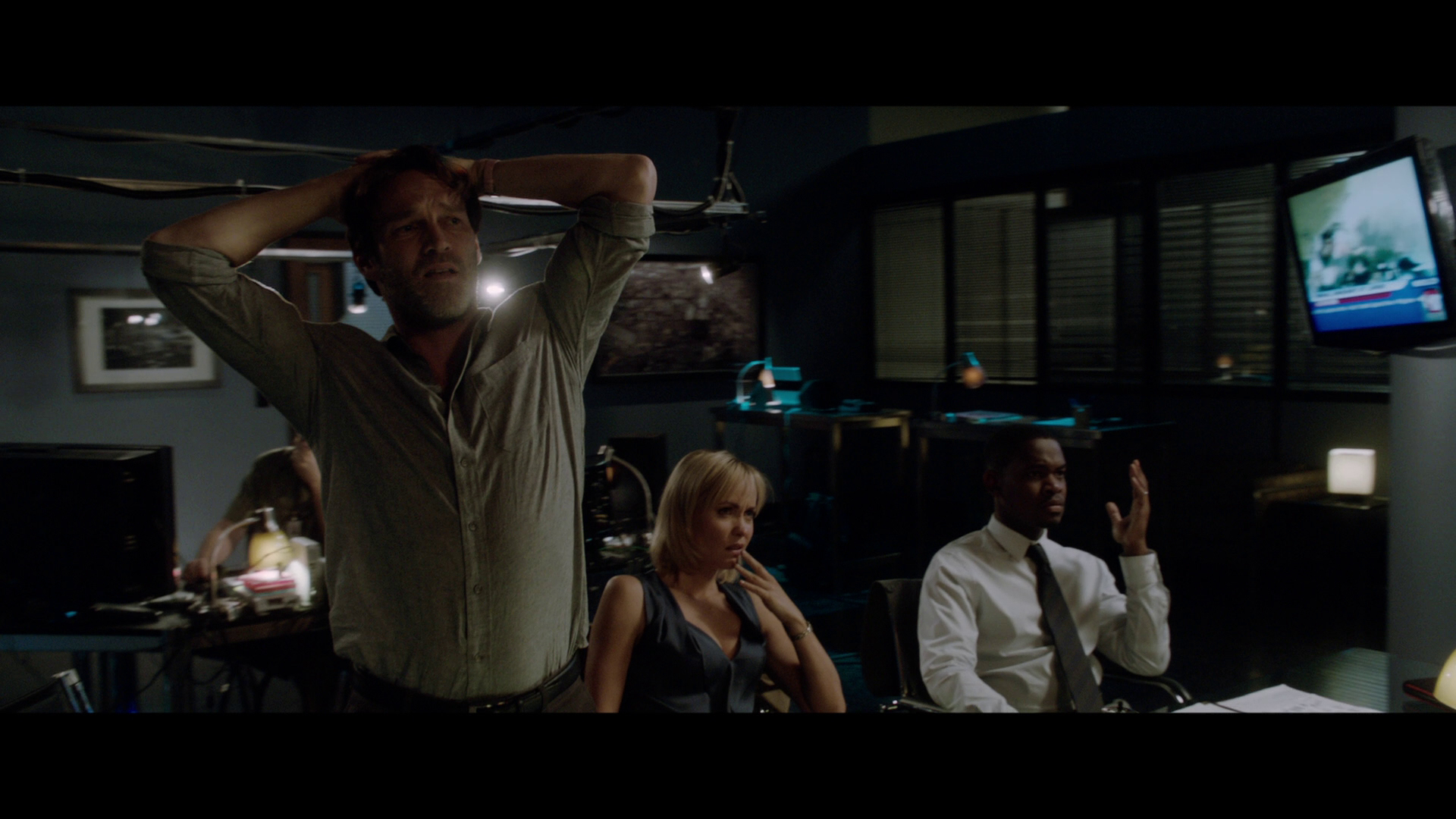 The "video recovery" at the heart of Evidence might have been interesting as part of a forty-minute CSI episode but it's a pain in the ass to watch for 90 minutes. The victims are all painfully uninteresting, as is the footage recovered from their various cameras and phones. Detectives Burquez and Reese work feverishly to find the culprit and are surprised when the local news begins showing "exclusive" clips of footage they haven't yet seen. A cloaked figure with a welder's mask and blowtorch is the killer, but the footage is so corrupted from the fire that the detectives struggle to decipher the clues. Unfortunately for the audience, this footage is shown throughout the entire film. I rarely get queasy watching movies but Evidence had me closing my eyes for minutes at a time due to the jerky camera work and awful distortion.

Director Olatunde Osunsanmi employed a similar assembled-footage tactic in his The Fourth Kind, which at least had some scares and Milla Jovovich. Evidence is just stupid. I say this because it tries to throw in a scathing critique of the news media and even asks the audience how far it would go to be famous. But, without an effective setup or compelling characters, none of it matters. The ending throws in a cutesy twist that viewers paying minimal attention will have guessed 80 minutes earlier. Let's hope that the final survivor is wrong and there won't be a sequel. 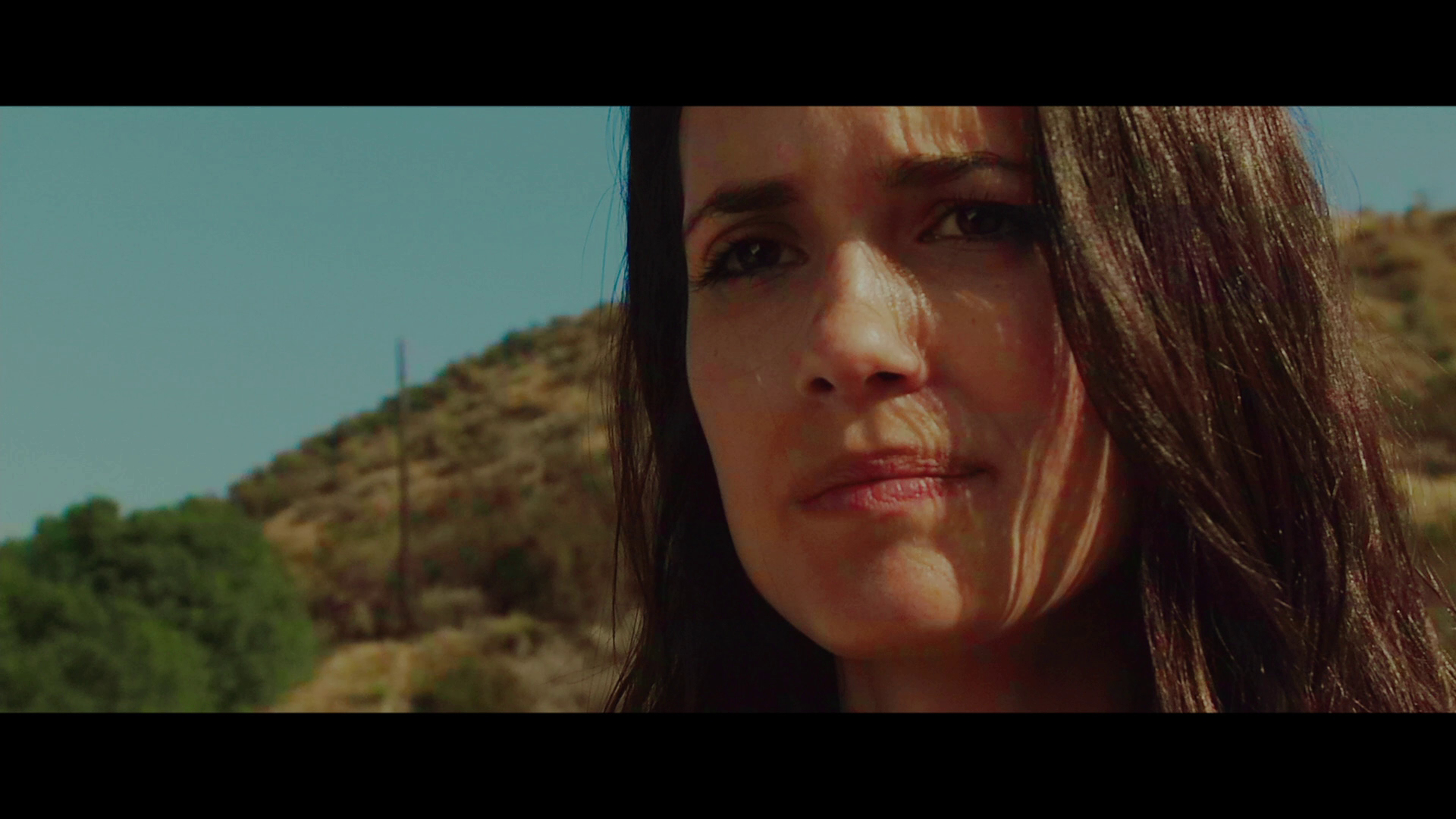 This 2.40:1/1080p/AVC-encoded transfer is difficult to judge by conventional standards since so much of the footage looks terrible by design. That said, the scenes inside the police station are sharp and detailed, with solid blacks and good color saturation. The found footage is all over the place, but digital noise is kept to a minimum. The look is altered by night vision and a lack of ambient light, but I suppose this looks about as good as it could.

Thanks for blasting "static" through my surround speakers, Evidence, I hate you. This 5.1 DTS-HD Master Audio mix uses dirty tricks to attempt to rouse the audience from its queasy boredom. Dialogue and effects are influenced by their handheld sources, but the scenes at the police station are perfectly clear. Effects are loud and annoying by design and come through the surrounds. English SDH and Spanish subtitles are available.

This is a single-disc release in a standard case that is wrapped in a slipcover. There are no extras.

Evidence is less a movie than a headache. This found-footage thriller sees Radha Mitchell and Stephen Moyer using "video recovery" to sift through footage found at a crime scene in hopes of discovering the identity of a masked killer. Unfortunately, most of the movie is told through jerky, distorted digital video shot by the fungible victims. The story is lame and the execution is even worse. Skip It. 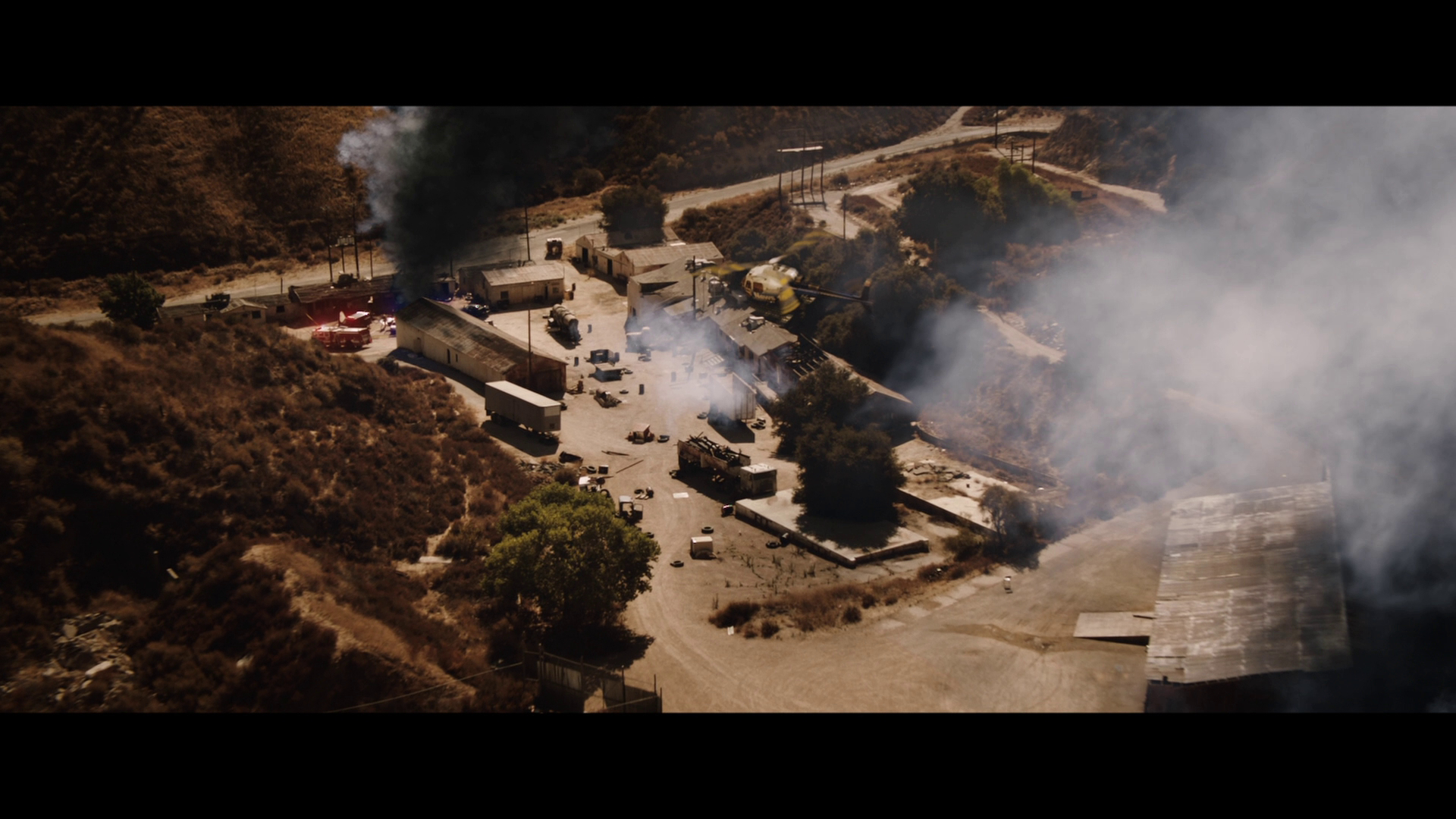 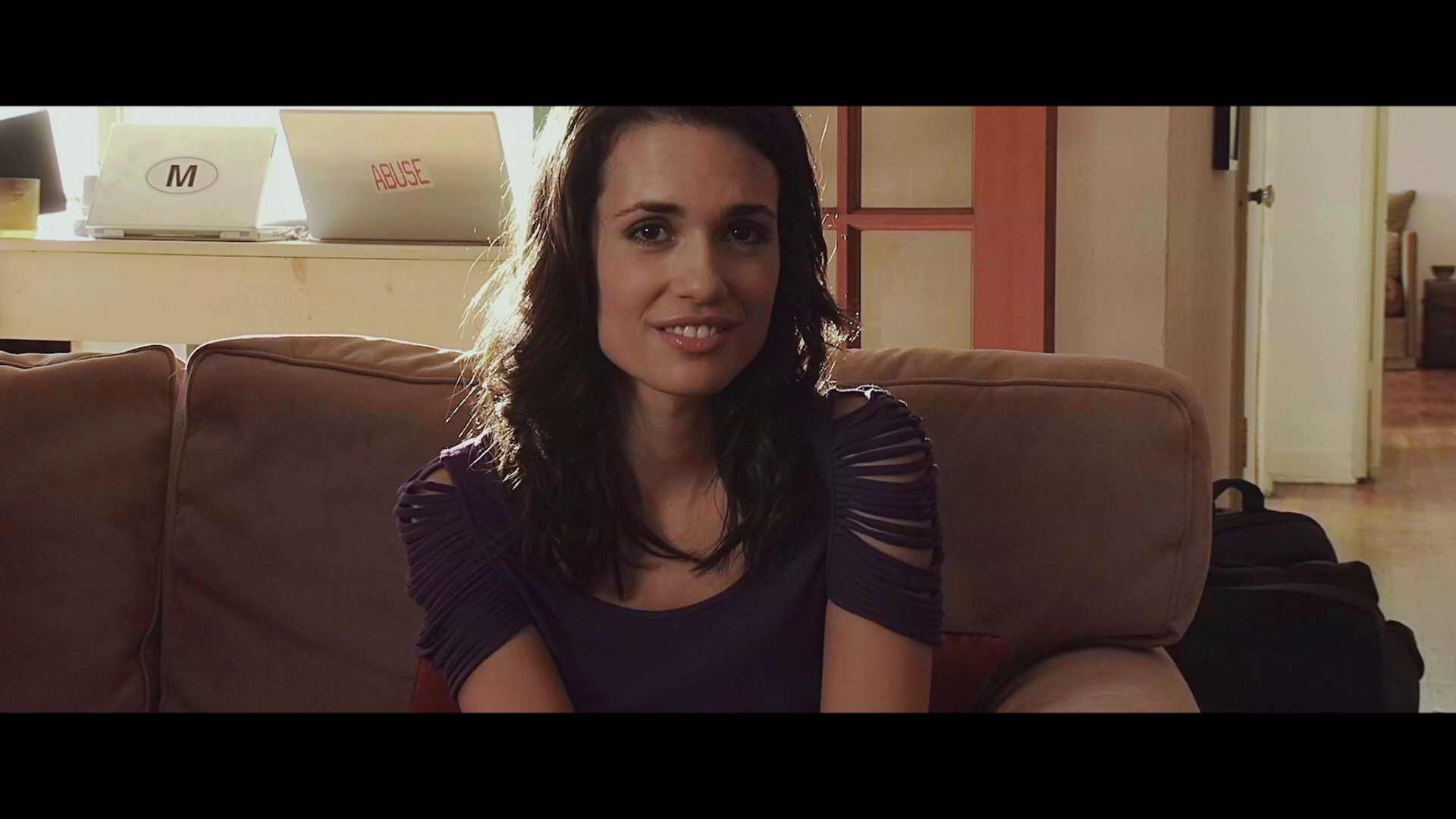 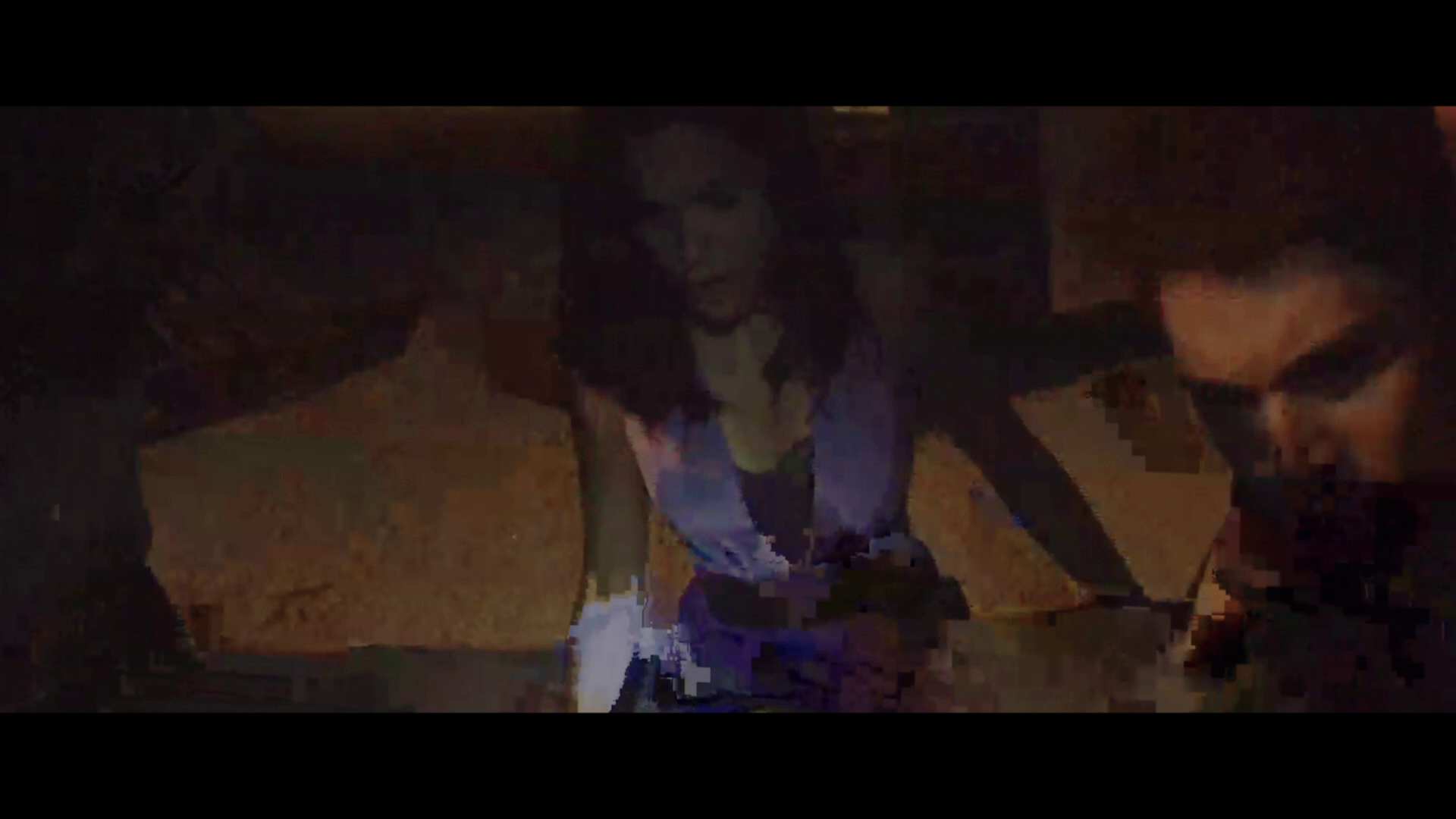 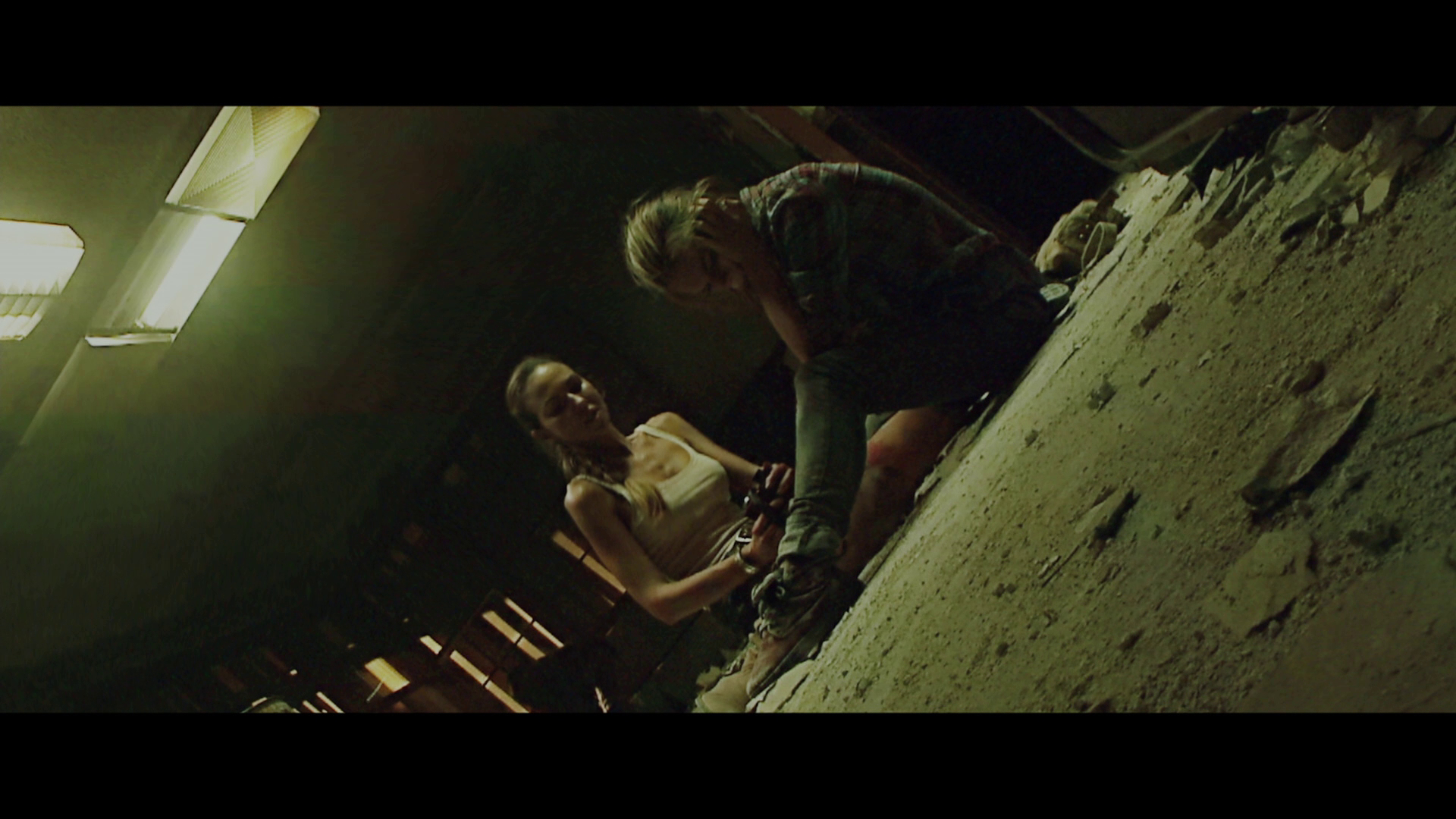 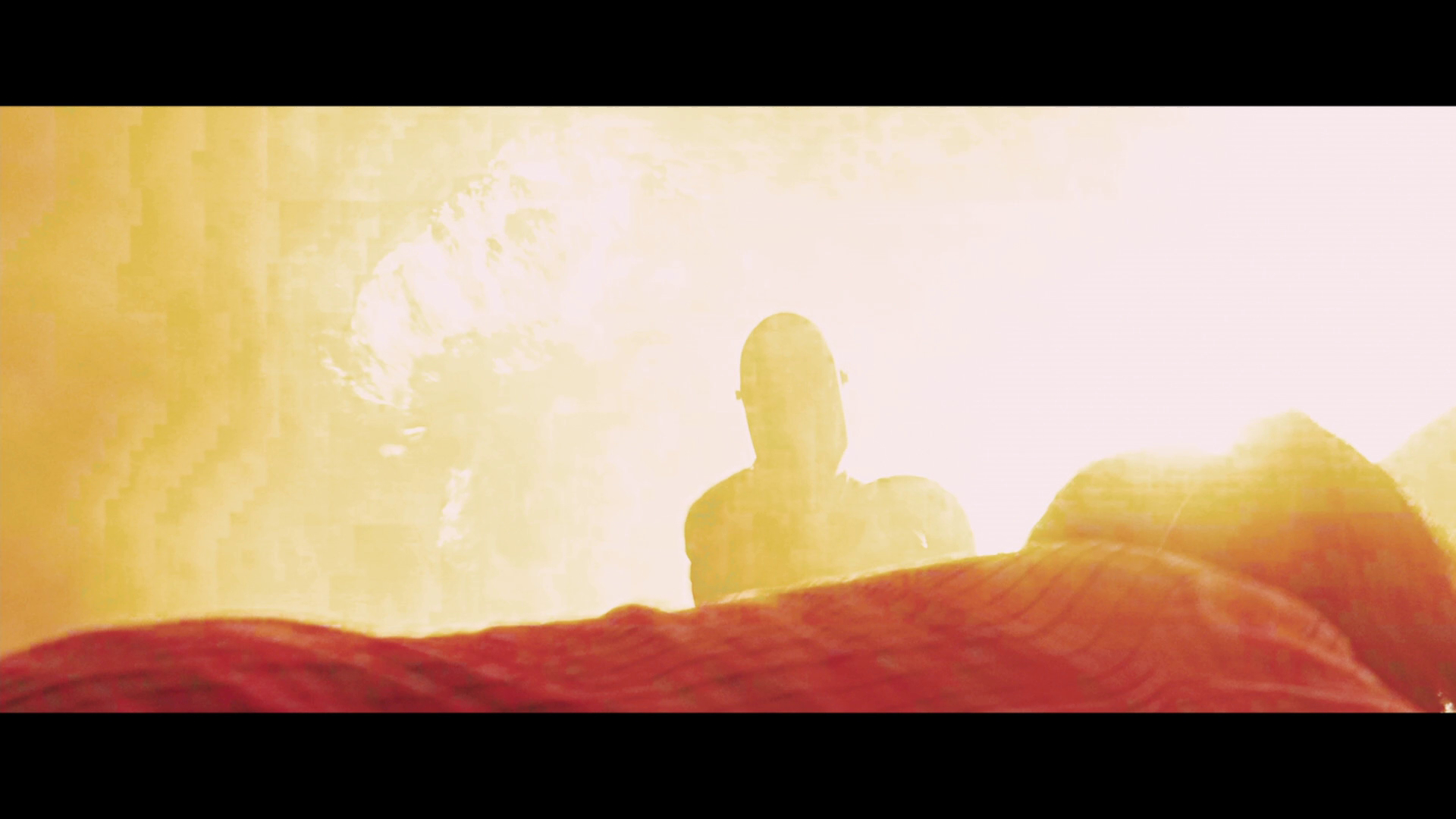 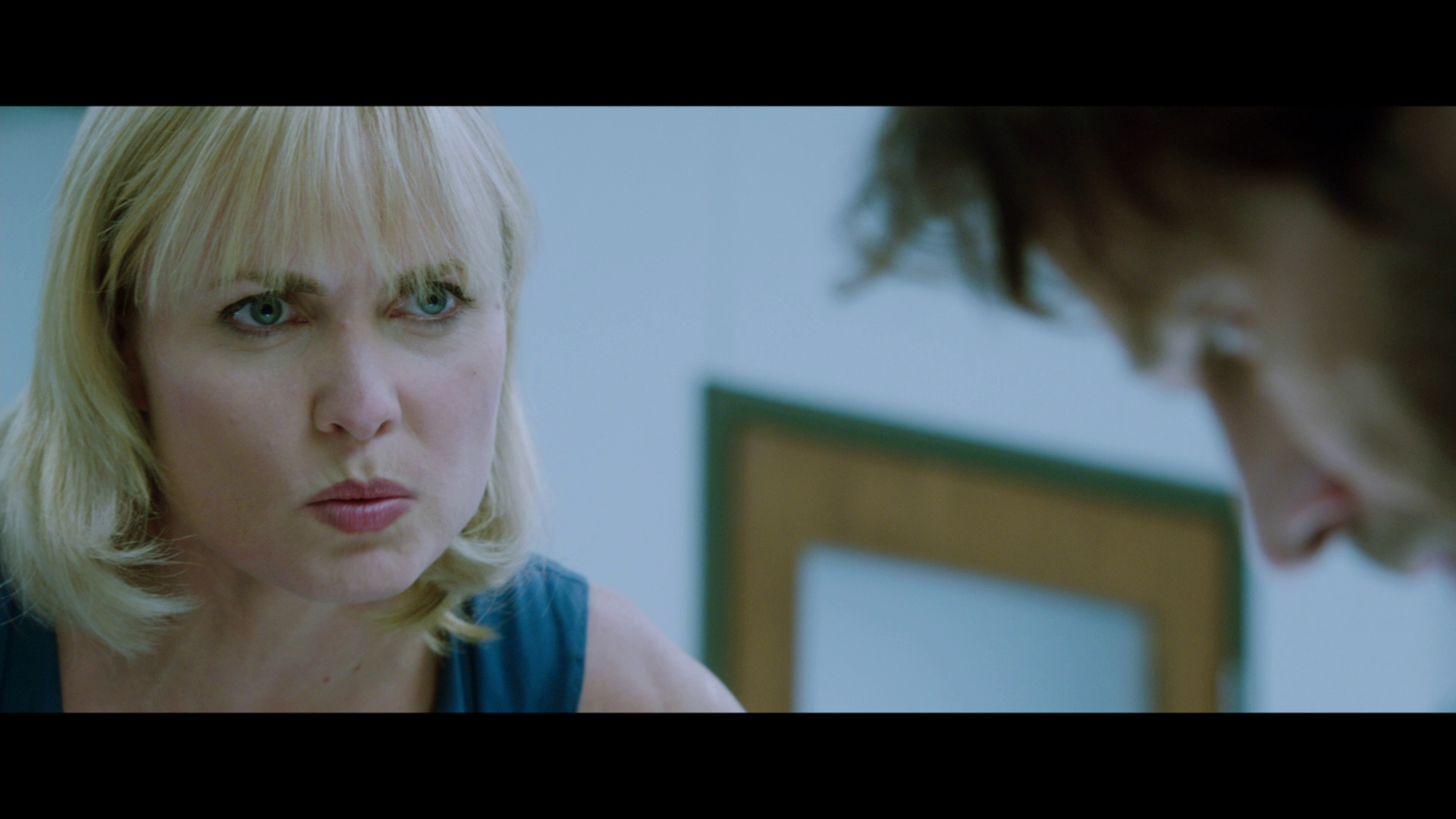