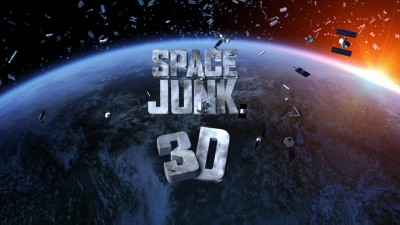 "Space Junk," made for IMAX theatres, presents us with a growing problem that hasn't gotten a lot of attention (although it was the subject of an early song by Devo with the same name but not included here): Just what happens to satellites orbiting the Earth after they've outlived their usefulness? It turns out that many of them just stay there, some for several decades after they've stopped working or become obsolete, forming along with parts of multi-stage rockets and other man-made objects "an orbiting junkyard of cast-off space debris." Astrophysicist Donald Kessler, who provides most of the information in the film, has studied the effects of this for a long time. We get a brief explanation of how there have already been several natural collisions of objects in space and speculation that someday, perhaps billions of years from now, our own Milky Way galaxy might collide with another galaxy to create one large one but sending many stars on a new path also. We're introduced to Kessler landing at Meteor Crater near Winslow, Arizona, which was the result of a meteor hitting the Earth over 50,000 years ago and one of the largest reminders of such a thing on our planet. He asks: "If all of these collisions are occurring in nature, what's going to happen to all the man-made objects we're putting into space?" The Kessler Syndrome, named after him, speculates that if these are not kept in check objects could collide into each other, breaking apart and thus causing a chain reaction of destruction as they hit other objects.

From here narrator Tom Wilkinson, giving the same vibe as those of the many space documentaries I saw on public TV in the 80s, explains how originally scientists thought there would just be enough room in space for anything humans left behind there, but has turned out not to be the case. Through CG animation, which makes up the bulk of "Space Junk," we see how most satellites have been carefully positioned, with communications satellites orbiting much farther from the Earth's surface than those used for GPS devices. Although these satellites are also monitored by "station keepers" who can also control them should they drift off course, it's made clear that something needs to be done about all the "junk" out there in space and several proposals for dealing with it are presented.

At 37 minutes, there isn't time to go completely in-depth but "Space Junk" presents this problem to the layperson without being overly dramatic or suggesting a state of panic. I had to wonder however why it seems so little thought was given to the overcrowding of the skies when the first satellites were sent into orbit? With the money spent on them, it seems at the very least someone would want them retrieved and brought back down if they ceased to be used any longer, and one of the clean-up proposals illustrates just that. 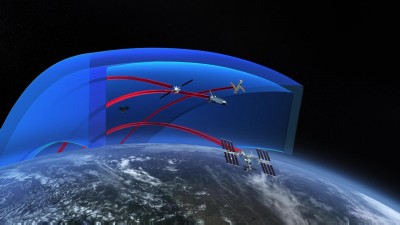 "Space Junk" is presented on Blu-Ray at a full 16x9 aspect ratio. Since it was originally made for IMAX screens which have a ratio closer to 4x3, the top and bottom of the picture has been cropped. Comparing another IMAX movie I had seen theatrically with its Blu-Ray release, I noticed that the area left on the screen was usually the bottom portion of the picture, as films for the tall IMAX screens are usually composed with most of the action near the bottom and more ‘dead space' near the top, which has been evident on uncropped IMAX films I've seen at home as well. (Given their short running times, it would be nice if 4x3 transfers were at least included as an option on these.) The source used for this Blu-Ray, as well as those of other recent IMAX releases, is obviously digital and gives a more video-like look than a straight film transfer would have. The CG animation is rather simple, and I noticed jaggedness in some of it.

"Space Junk" is of course also in 3D (with an option for 2D playback as well), and most of the animated portions are pleasing to look at although nothing really jumps out at you. It looks like this film was made in 3D simply because the ability was there to do so, rather than making it one of its main purposes. The filmed scenes on Earth look very nice, particularly those of the Meteor Crater site, but overall the depth isn't as involving as other 3D presentations I've seen recently. I did however really like the brief time-lapse shot of Hong Kong at night, used to illustrate how satellite communication is used in our daily lives. 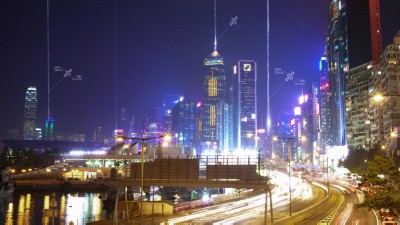 The 5.1 DTS-HD Master Audio track won't blow you away either, but like many space documentaries it seems to have been kept intentionally tranquil. The narration is consistently centered, with some good surround effects during the animated sequences of objects flying all around, which include some LFE effects as well. There is a Spanish dubbed track included, also in 5.1 DTS-HD Master Audio. 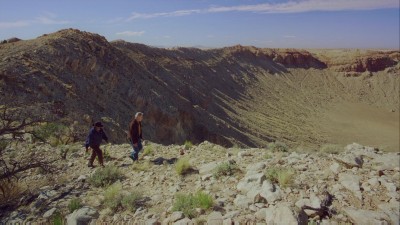 A making-of piece running just over 2 minutes is included, in standard-def 4x3 letterbox format (and in 2D, obviously), along with about a minute and a half in high definition (but with noticeable compression artifacts) of Tom Wilkinson giving his own thoughts about space debris. There's also a short slide show of production photos, mainly showing the IMAX 3D cameras at the Meteor Crater in Arizona. The trailer for "Space Junk" is included in 3D as well, along with 3D trailers (which will play in 2D on non-3D equipped systems) for The Ultimate Wave: Tahiti, Legends of Flight, Dinosaurs Alive, Wild Ocean, Mummies: Secrets of the Pharaohs, Dinosaurs: Giants of Patagonia, Rescue, and Sun. 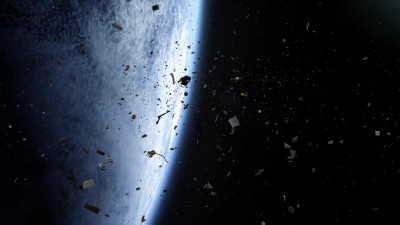 I found the information presented in "Space Junk" a bit surprising, given how much concern there has been for the environment here on Earth. It seems like provisions should have been made a long time ago to keep man-made debris from piling up in space, but at least it seems like there's some effort to get it cleaned up before it becomes a very big problem. The 3D isn't exactly demo material but is still nice to look at nevertheless.