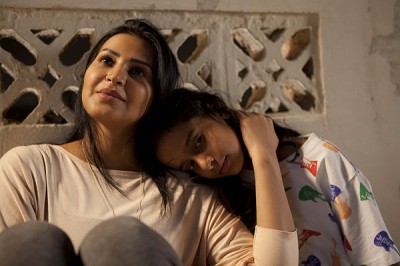 Sometimes a movie can be overtaken by its own history. Much has been made of the fact that Wadjda was the first film to be made inside Saudi Arabia by a woman director, and is also the first movie from the region to be submitted for the Oscars. That is certainly an historic event, but the more important thing to know is that it's a very good movie, brought to life by actors who have a natural comfort on screen and a writer/director with an assured grasp of storytelling language.

Ten-year-old actress Waad Mohammad stars as Wadjda, a budding entrepreneur who sells handmade bracelets in the colors of popular soccer teams to the other kids at the all-girl madrasa she attends. She likes pop music and Chuck Taylors and other things her strict religious school don't approve of. There is much that is forbidden to Wadjda, though the most important to the plot of the movie is bicycles. Wadjda has her eye on one, even though it's not considered a proper toy for a girl. She wants to race her best friend, Abdullah (Abdullrahman Al Gohani), who lives next door. Saving up the money to buy the bike on her own is going to take too long, so the youngster, much to the shock of her teachers and hard-nosed principal (Ahd), signs up for a Koran contest. It's a sort of religious spelling bee with quiz questions and recitation.

As far as kids' stories go, the plot breakdown covers lots of familiar territory. What makes Wadjda different is its locale and point of view. The movie is from a part of the world that usually only appears as facsimiles in the cinema of other countries. Writer/director Haifaa Al-Mansour has opened the door and invited us inside to take a look around. Little Wadjda does not live a solitary life. As we follow her on her day, we watch her interactions with the people she meets and the social conventions that dictate these encounters. We see the way people interact on the public streets, and also behind closed doors. 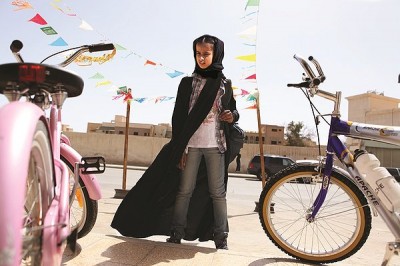 It's the latter that proves the most interesting. Wadjda's home is almost like another dimension. When she and her family step through its doors, they are free to be who they are without hindrance. The windows are covered so that her mother's head need not be. The outside world is gone. Al-Mansour makes Wadjda's family life an integral component of her struggle. Her father (Sultan Al Assaf) is away during the workweek, and her mother (Reem Abdullah) has a hellish commute to teach at a school at "the end of the world." In many ways, she is practically a single mother, and her inability to bear another child may make her one for real if her husband decides to find a new wife so he can have a son.

The relationship between mother and daughter is warm and touching, but also complicated in the ways such unions are. The friendship between Wadjda and the neighbor boy is also sweet. For all the competition and teasing that goes on, the bond between them is real. A big reason why the story works so well is that the actors are so good. Al-Mansour has coaxed strong, believable performances out of her entire cast. By Wadjda's end, we feel we know these people and that their lives extend beyond the confines of this one story.

In terms of overall style, Wadjda is just as naturalistic. Al-Mansour's insistence on shooting the movie on real locations lends her movie authenticity. Her work recalls other Neorealist masters, old and new, particularly how she ties her protagonist's growth to her desire for a bike. Wadjda carries on a tradition began in 1948 with Vittorio De Sica's Bicycle Thieves and vividly realized in last year's Kid With a Bike from the Dardennes. A bicycle provides mobility, and mobility is freedom. Moreso than even a car. You power a bike yourself, and you ride it in the open air.

Wadjda's authenticity allows Al-Mansour to get away with certain story conventions that, in other hands, would be hokey and predictable. There is something pleasing in seeing good things happen for Wadjda, largely because she--and by extension, the film--earns her rewards. As an audience, we can then feel good for sharing the pleasure of her success. 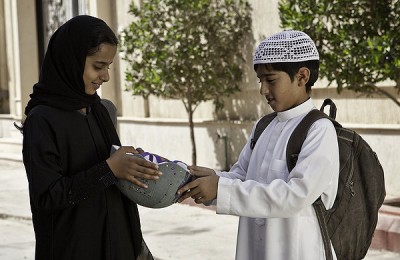