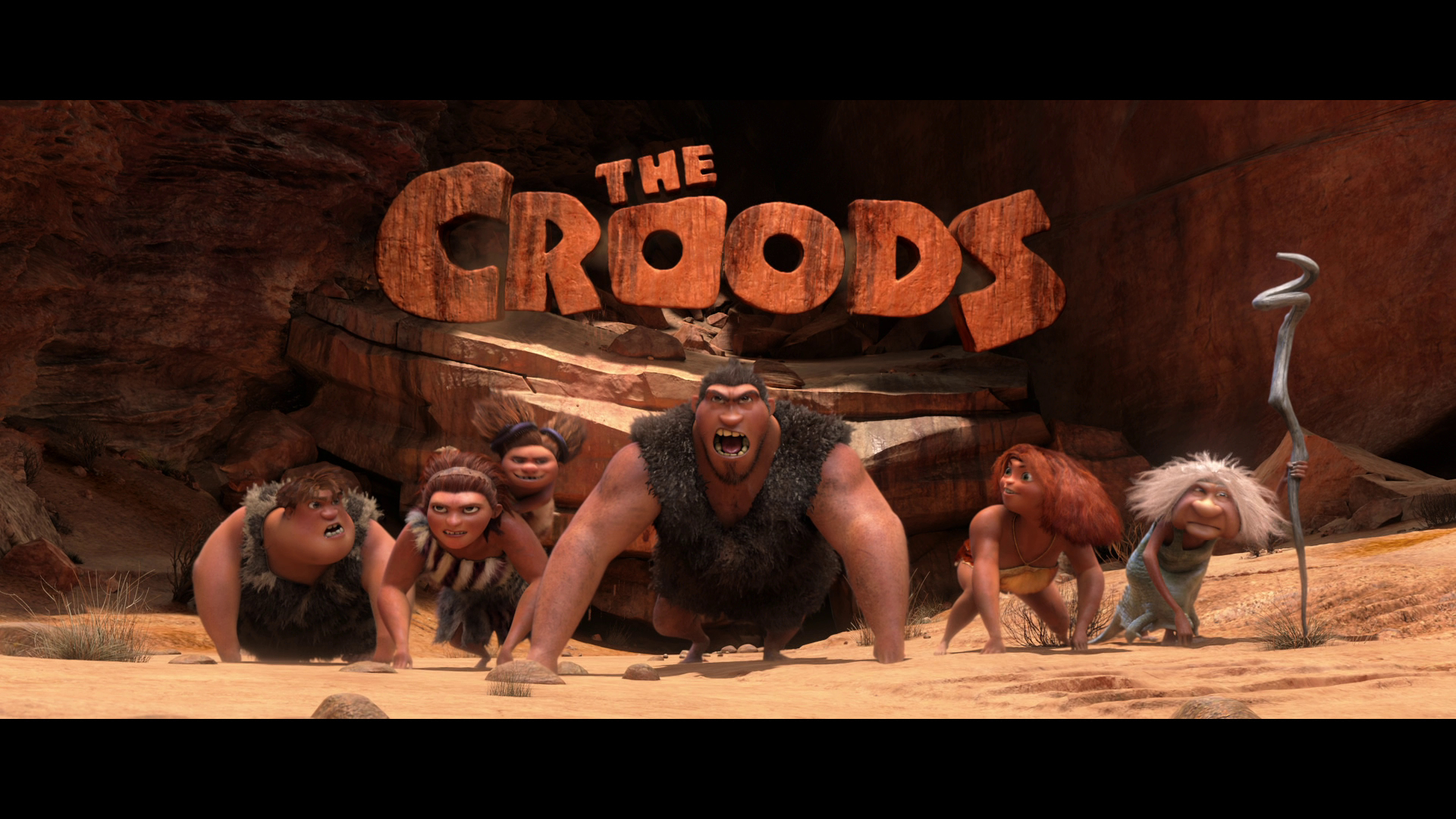 Solid voice talent and animation raise The Croods slightly above similar mid-tier animated flicks. Nowhere near as polished as the best efforts from Disney and Pixar, The Croods is still an appealing family adventure from DreamWorks Animation. Emma Stone voices wide-eyed cave girl Eep Crood, who has grown tired of her overprotective father and caveman family. The story's rebellious teenager and family bonding elements are familiar, but an unexpectedly quick pace and some decent humor make The Croods a good choice for family movie night. Kids will love the colorful visuals and slapstick humor, and adults will enjoy hearing Nicolas Cage, Ryan Reynolds and Catherine Keener in major roles. Subtle it isn't, but you could do worse than spend 98 minutes with The Croods.

The film opens with a funny sketch narrated by Eep, who explains that she lives with her family in a very dangerous, pre-historic world. The Croods used to have friends and neighbors, but dinosaurs, climate change and disease killed them all. Eep lives with her dad Grug (Cage), mom Ugga (Keener), brother Thunk (Clark Duke), baby sister Sandy (Randy Thom), and Gran (Cloris Leachman) in a cave. She is only allowed outside during the day and with supervision. The family hunts and gathers together but always returns home at night, when Grug tells morbid stories about how they'll all die if they ever get curious and leave the security of their home. Eep wanders away one evening and discovers a fire set by Guy (Reynolds), a nomad orphan who uses his brain rather than brawn to survive. She is instantly infatuated but returns home in time for an earthquake that completely changes the surrounding geography and forces the Croods to seek new shelter. 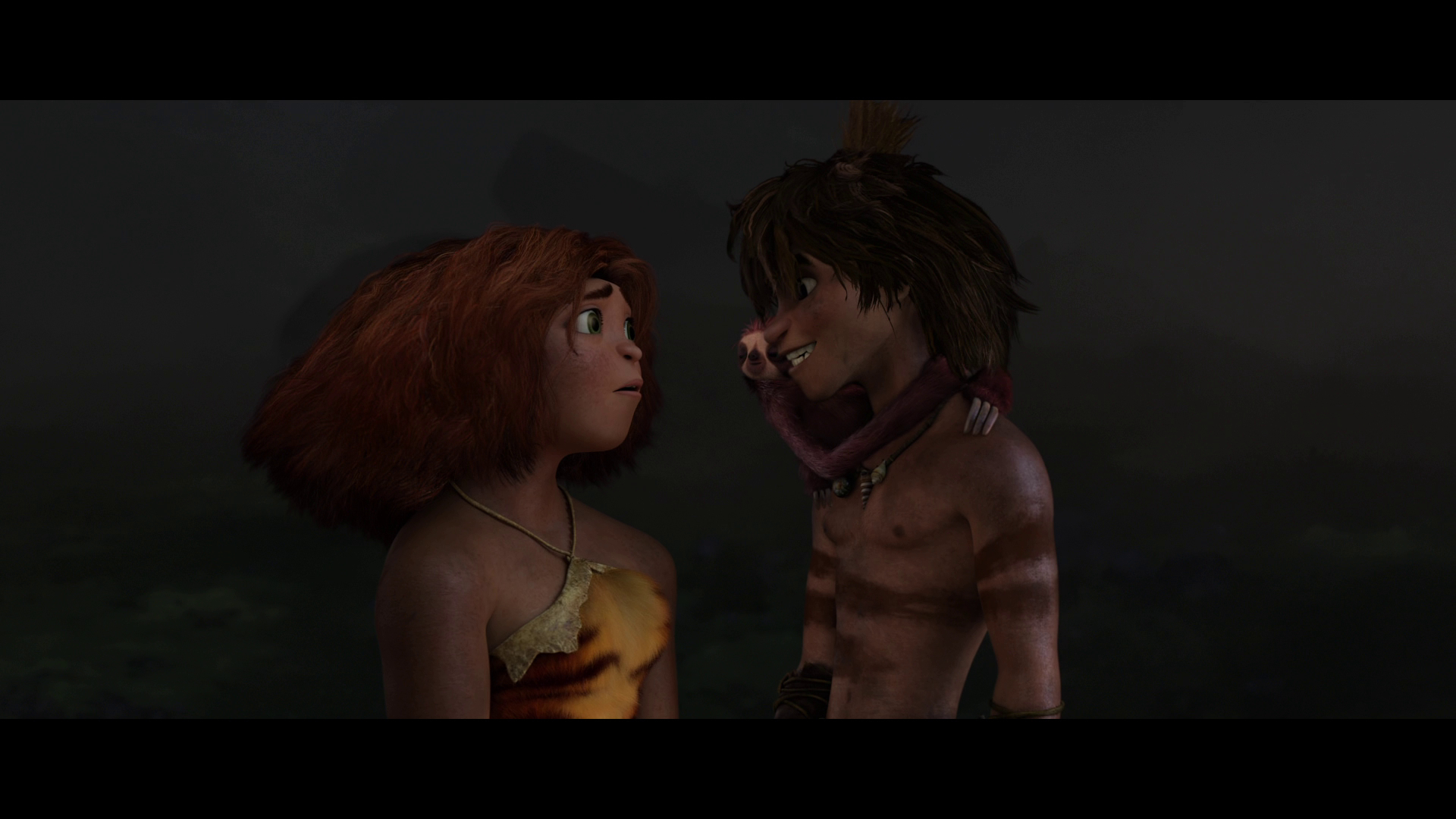 Directed by Kirk DeMicco and Chris Sanders, The Croods is an entertaining if familiar adventure that forces a squabbling family to reunite for their survival. Large fantasy creatures and natural obstacles endanger the Croods, who pick up Guy along the way. Guy shows the family several of his inventions, including the shoes they use to cross a spikey landscape. Grug is not pleased to be fighting for his daughter's attention, and further alienates Eep by refusing to accept any of Guy's advice and assistance. This father/daughter relationship has been seen before in different iterations but The Croods still had me rooting for the family. The characters aren't especially developed, not that I expected otherwise, but they each have quirky personalities. Gran is a ferocious warrior, the baby is a carnivore and Thunk is as stupid as his name implies.

The film's pacing is a bit off in the beginning but things pick up nicely after the earthquake. As the family looks for a permanent home, viewers are treated to a number of fun action sequences. Adults aren't the targeted audience here, and I suspect kids will find much to like in the bright, pleasing animation. There are many of the requisite family film staples, including an animal sidekick sloth, goofy pratfalls for the grumpy father, and some not-too-ferocious animal villains. Kids might not understand the climate-change jokes, but they'll get a kick out of Eep in action. The Croods isn't especially memorable but it gets the job done. 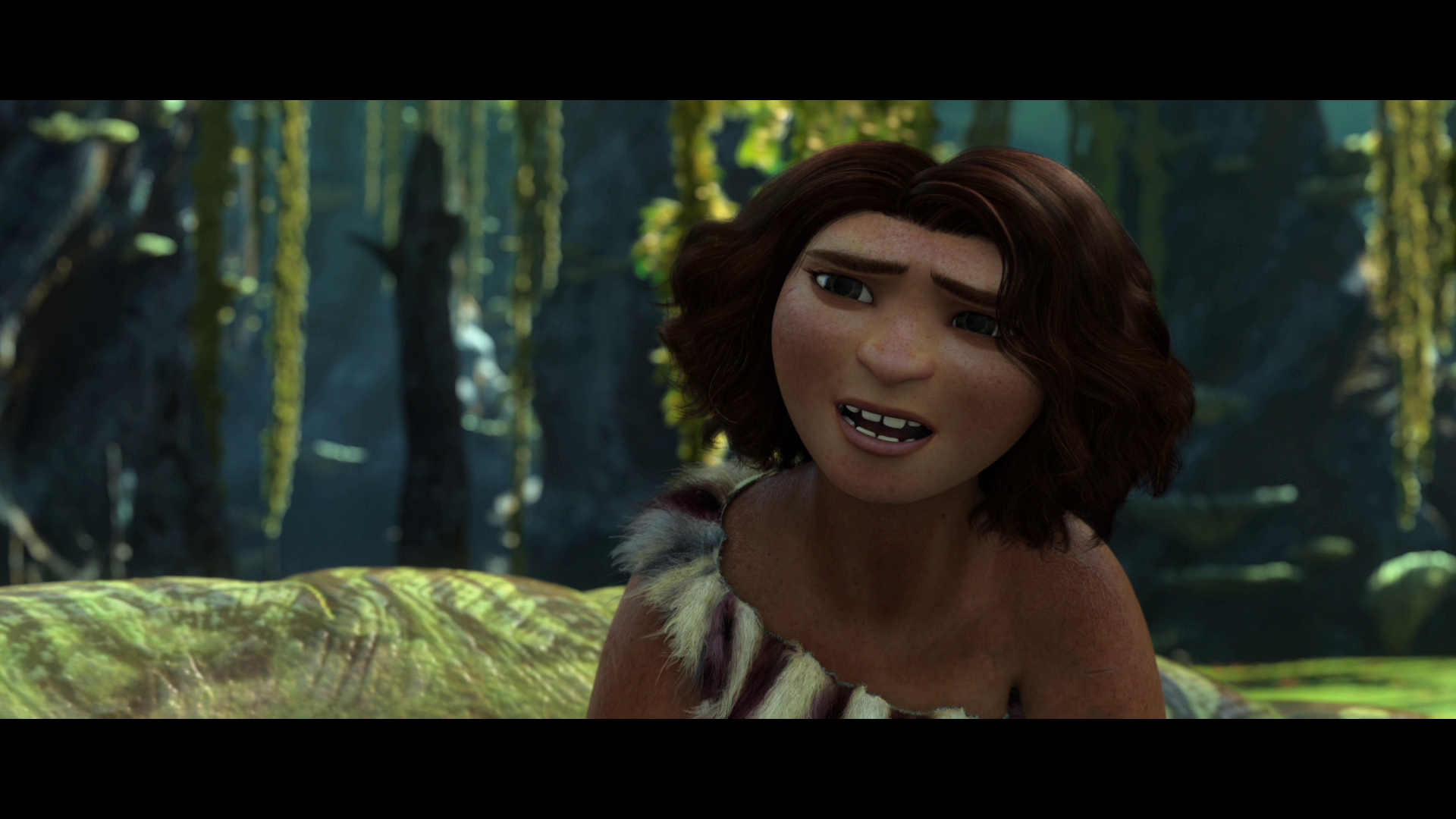 The 2.35:1/1080p/AVC-encoded image is beautiful. Bright, crisp and incredibly detailed, the image is every bit as impressive as you'd expect a recent digital-to-digital transfer to be. Colors are vibrant and perfectly saturated, black levels are spot-on, and edges are sharp and clean. A few shots could pass for live action in this beautifully rendered film, and those looking for digital anomalies can move along.

The 7.1 DTS-HD Master Audio soundtrack supports the ruckus with immersive effects and a deep, weighty score. The sound design is wonderful here. The opening hunt has characters scurrying throughout the sound field. The earthquake awakens the subwoofer, and rocks fall all over your home theater. Effects are impressively immersive throughout, dialogue is crystal clear, and balance and range are both impressive. There are a ton of alternate 5.1 Dolby Digital mixes (Spanish, French, Greek, Portuguese, Polish, Hindi, Icelandic, Serbian, Arabic and Romanian) and subtitle options (English SDH, Spanish, Greek, Hindi, Icelandic, Romanian, Arabic and French).

This two-disc "combo pack" includes the Blu-ray, a DVD copy of the film and codes to redeem iTunes and UV digital copies. The discs are packed into an eco-case, which is wrapped in a flat slipcover. Extras are mostly kid-friendly: The Croodaceous Creatures of The Croods (HD) is an interactive feature in which characters present information about the film. Belt's Cave Journal (6:15/HD) sees Guy talking about his sloth, while Croods' Cuts (Lost Scenes) (8:33 total/HD) presents several deleted scenes in rough form with filmmaker introductions. Be An Artist (36:02 total/HD) features several lessons on drawing the film's characters, and things wrap up with the film's Theatrical Trailer (2:11/HD).

Not as polished or memorable as the best animated flicks from Disney or Pixar, The Croods is still an entertaining family adventure that should please children with its frequent action and colorful animation. Emma Stone, Nicolas Cage, Katherine Keener and Ryan Reynolds provide voice talent, and the Blu-ray features excellent picture and sound plus a few supplements. Recommended. 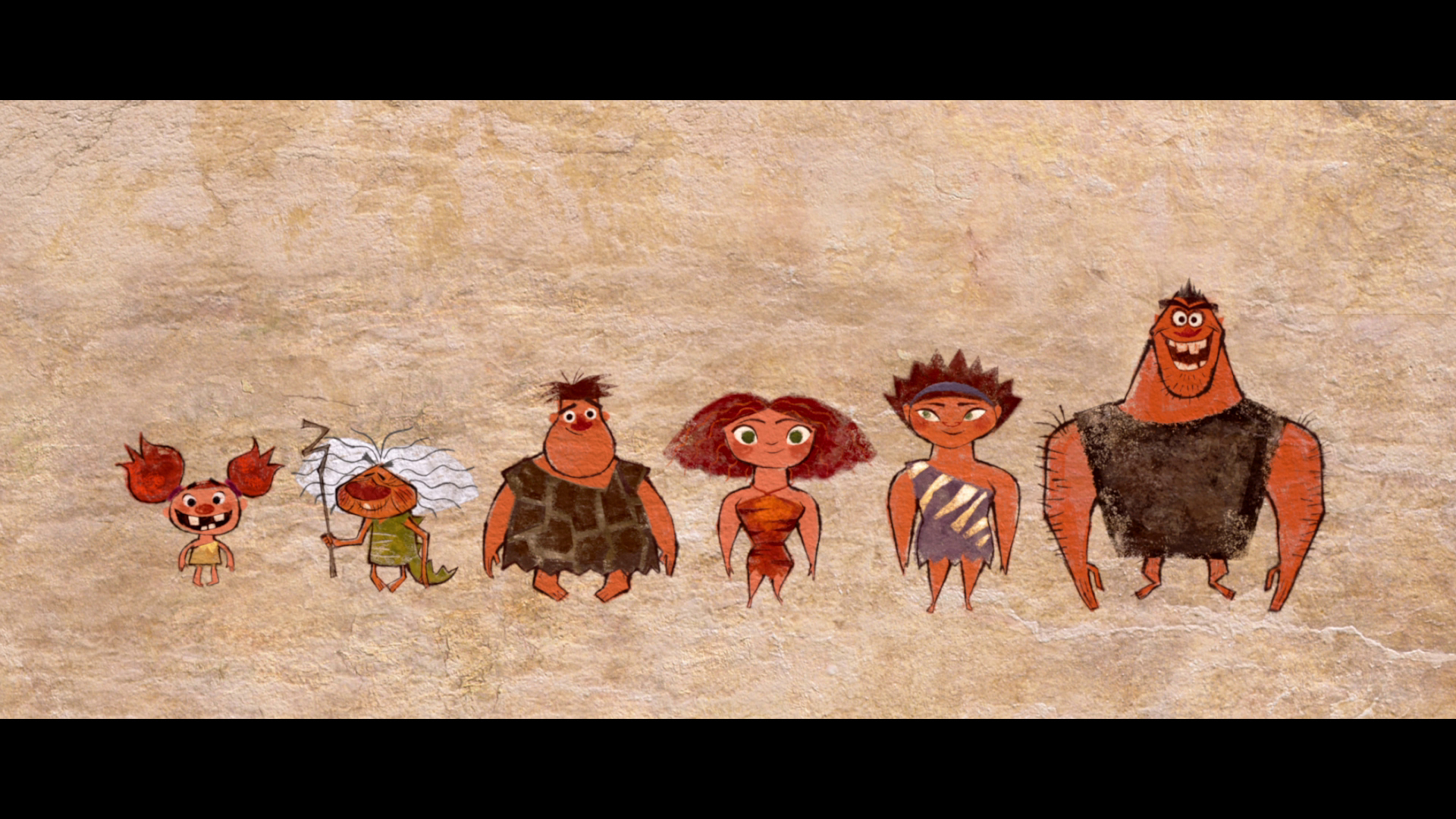 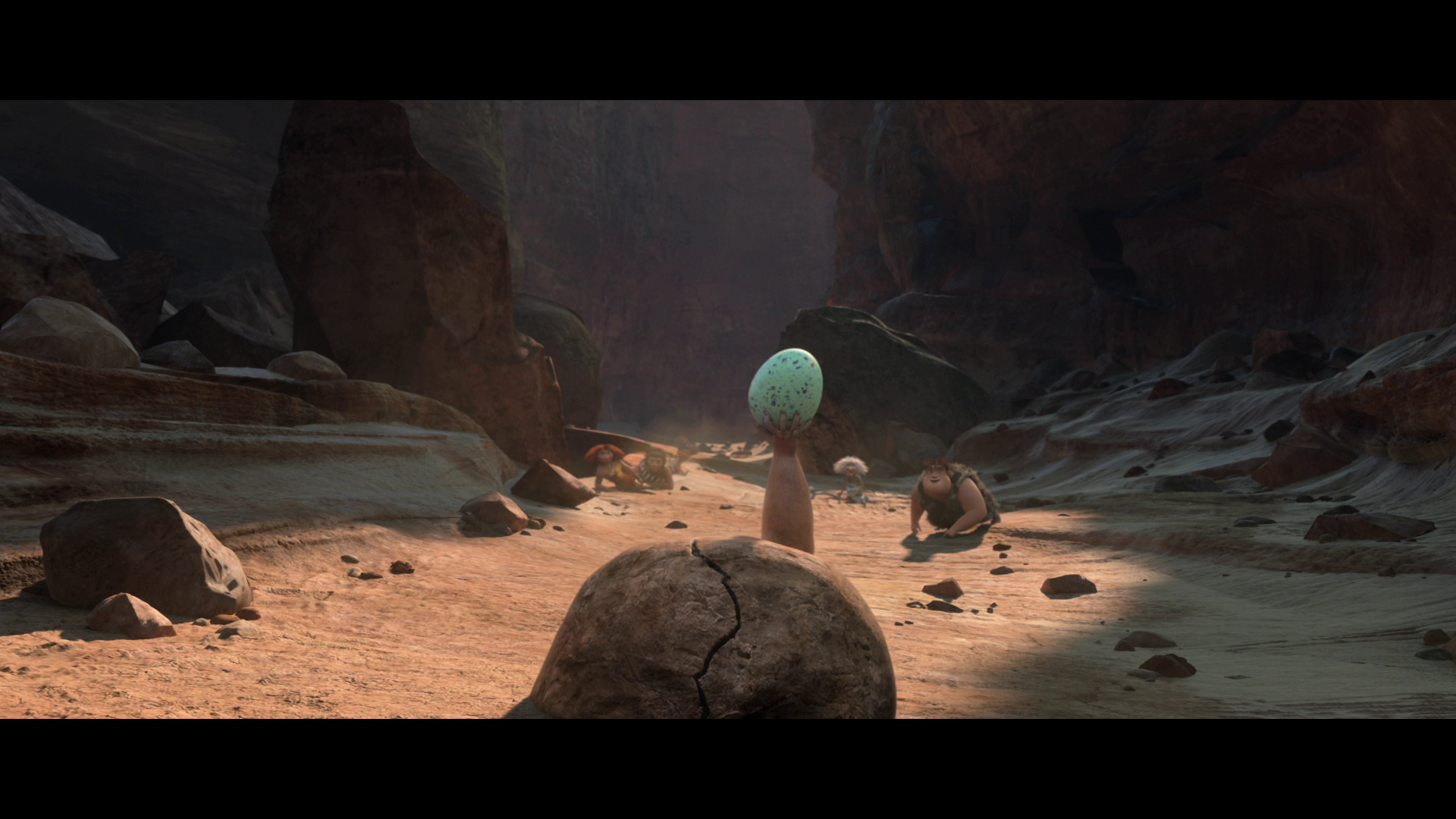 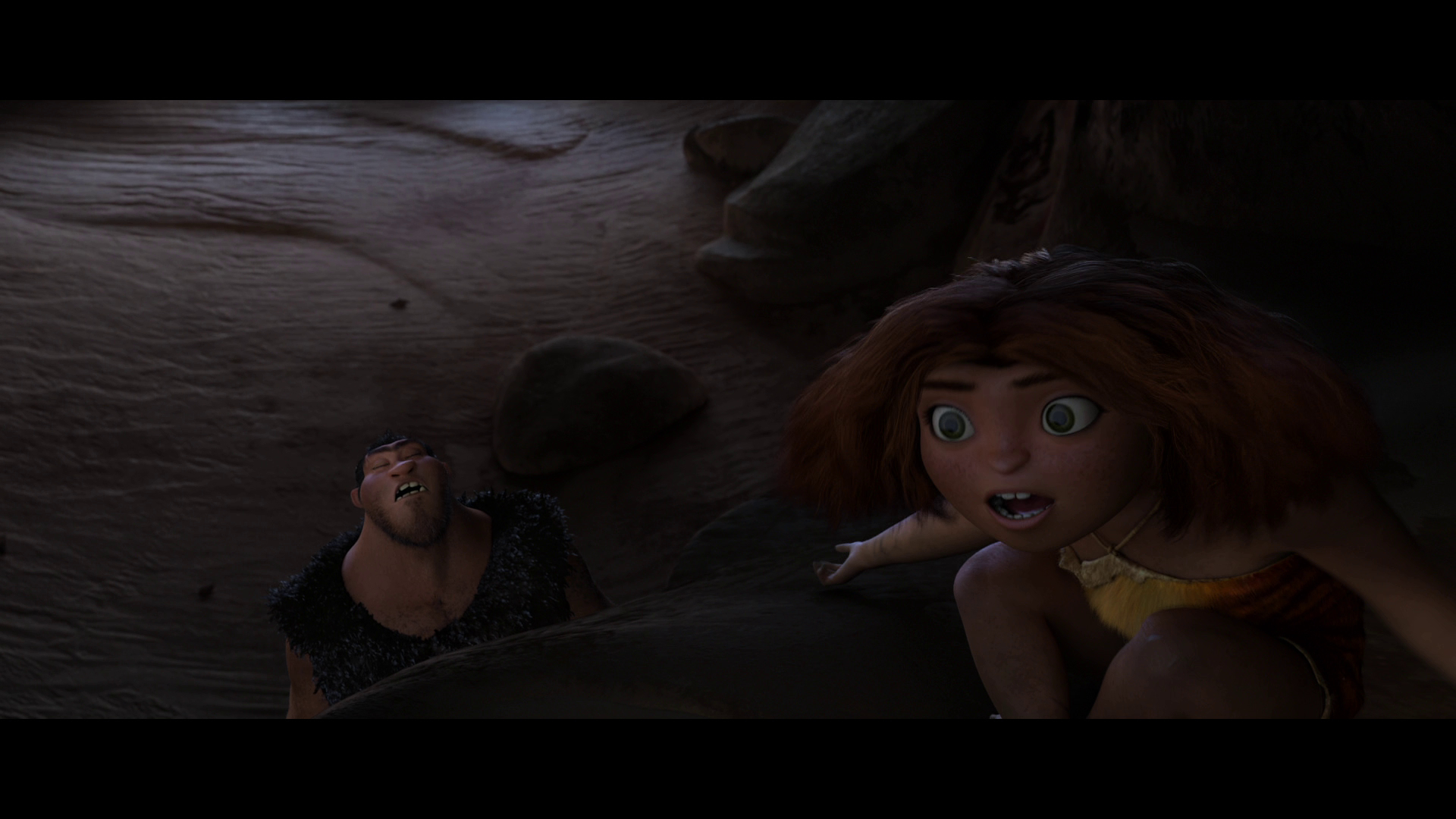 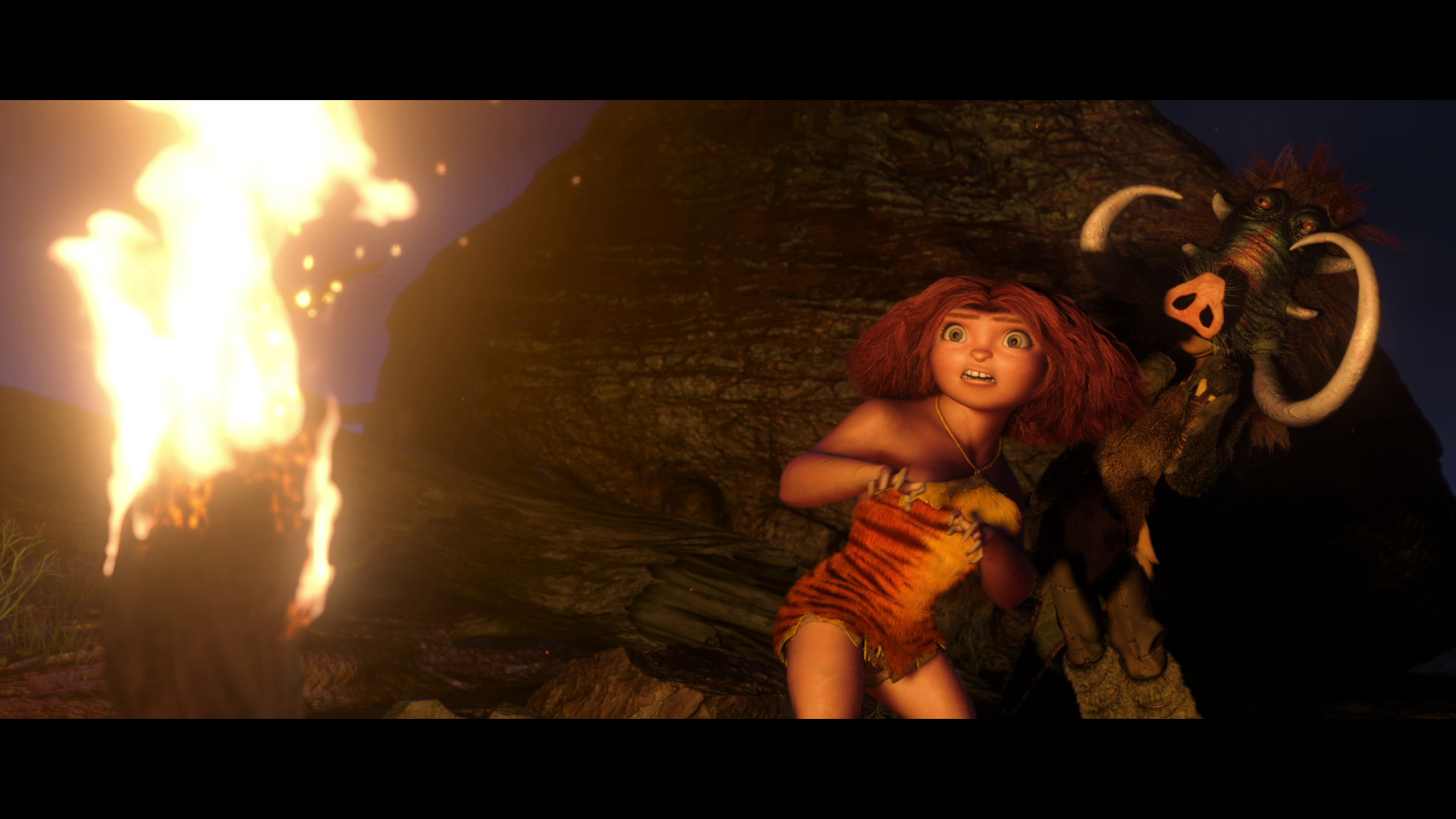 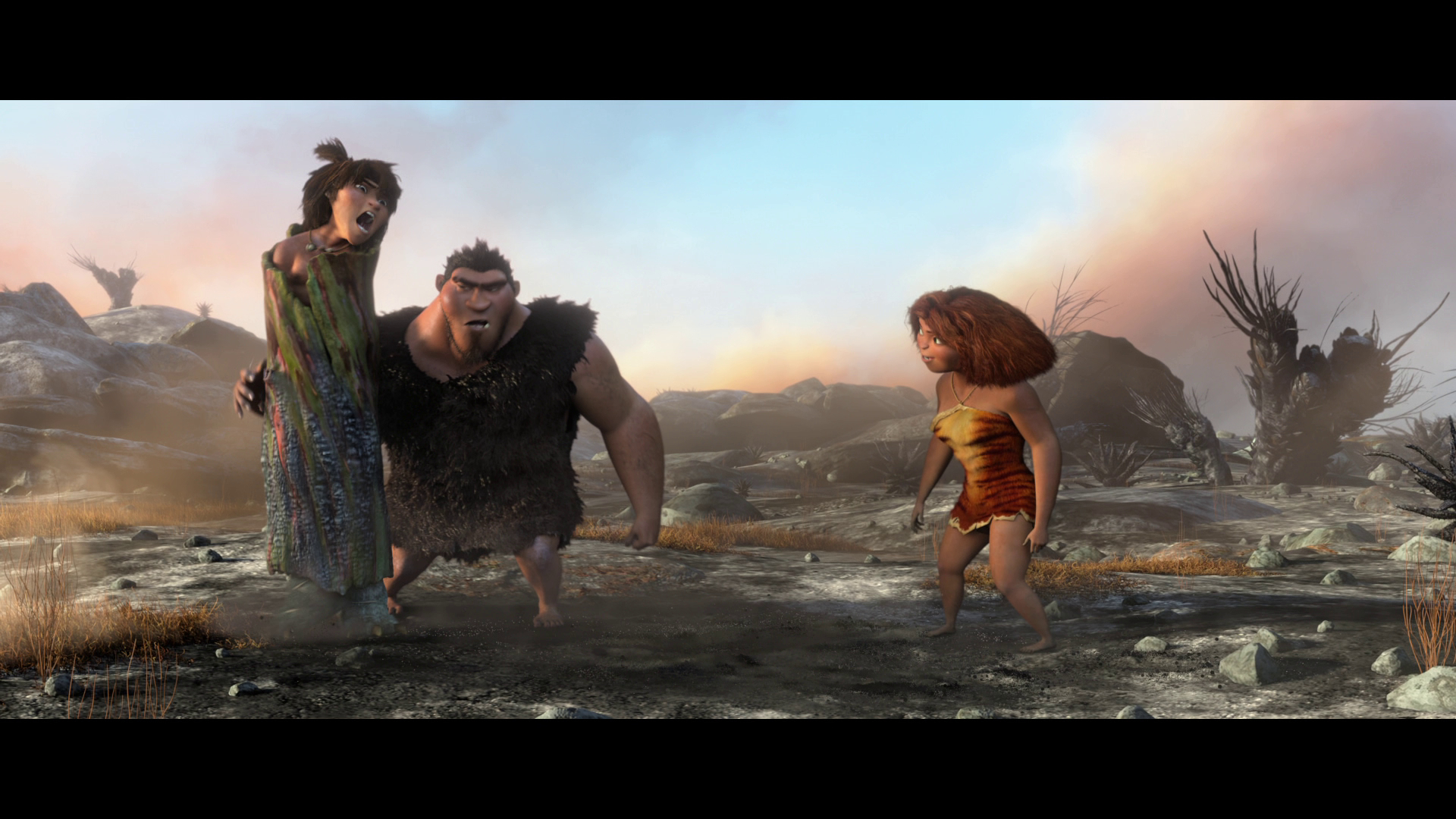 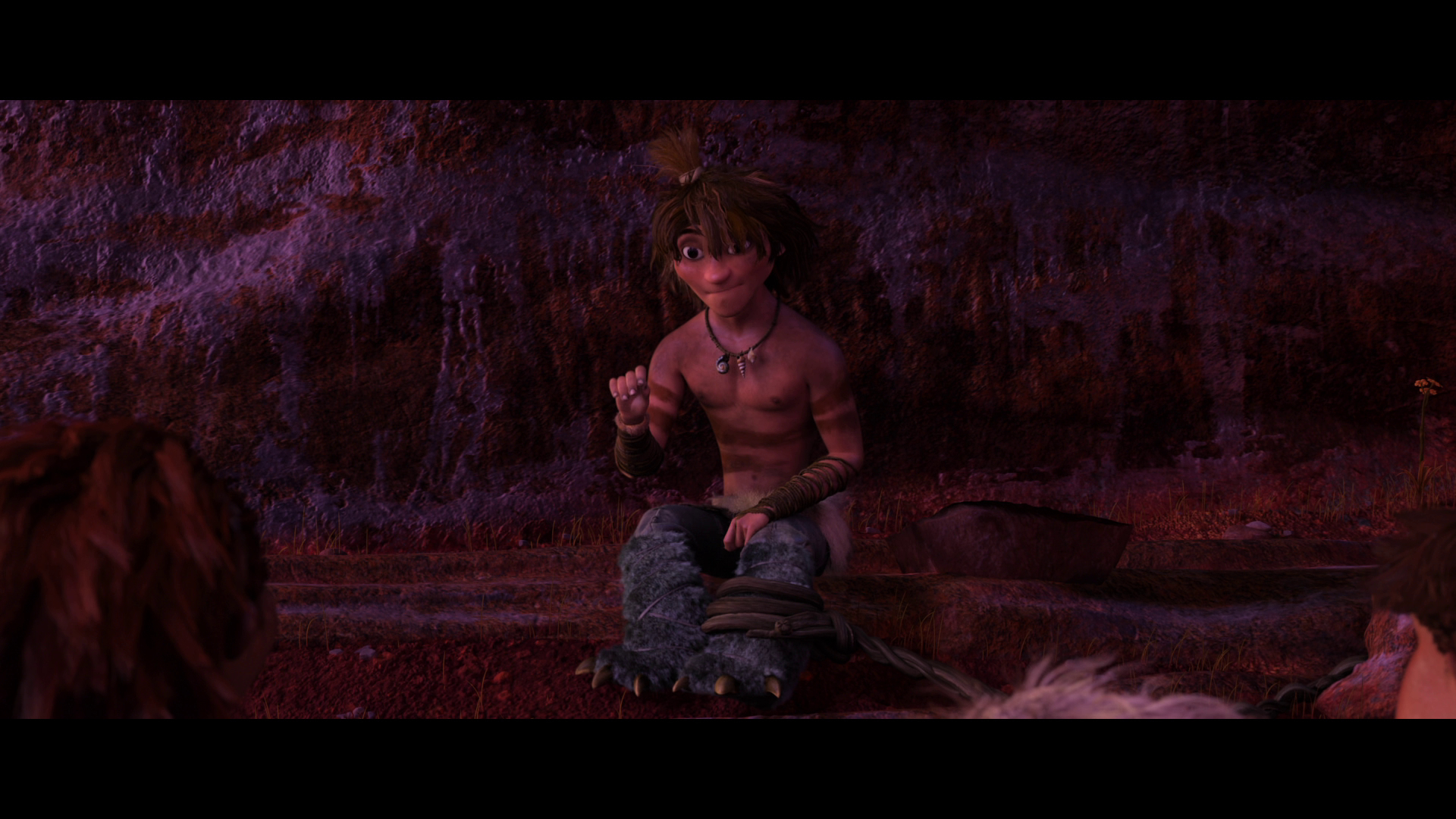