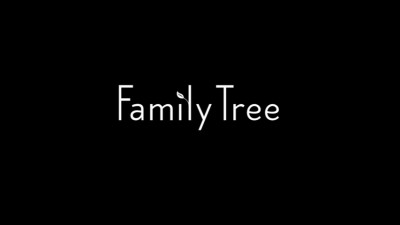 
The Show
The true gift of any of Christopher Guest's acclaimed mockumentaries is in the small worlds inhabited by characters who exist on the fringes of society, with interests and passions that aren't shared by the general populace, and thus make them unique. You have community theater-dwellers, dog-show devotees, folk singers, and B-grade actors, people who are decidedly not part of the mainstream. However, in Guest's films, they are relatable and memorable weirdos; people you are glad to share a little time with.

In Family Tree, Guest's first HBO series and first work not set in America, he has gone in an opposite direction, and made his star, Tom (Chris O'Dowd), an everyman, a Brit raised in Ireland, still getting over his failed marriage and the loss of his job. Tom has inherited a box of antiquities from a great aunt, which leads him to explore his family's apparently complex history. There's nothing dramatically unusual or precocious about him, besides his uncommon profession (insurance accident analyst), which makes him the most easily accessible of Guest's creations. O'Dowd was the perfect choice to play the part, as his down-to-earth persona is just right, and by being unassuming, his under-his-breath delivery hits your funny bones all the harder. 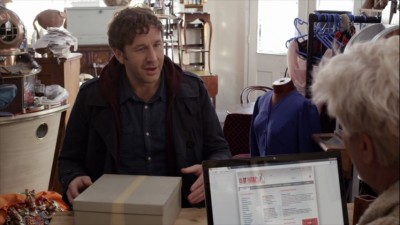 Though Tom is normal, the world around his is decidedly not, resulting in a culture clash that powers the show's comedy. Tom's sister Bea has an inner voice that makes itself known (quite inappropriately) via her monkey hand puppet, while his father Keith (Michael McKean) mainly watches old Brit-coms and is married to something akin to a female Borat. His best friend Pete is a dopey ne'er-do-well, while family-friend Glenn (Jim Piddock, who also co-wrote the series) is an old antiques dealer with an odd view of the past. And that's just the British side of his support system, as his genealogical exploration takes him to America, where there are even odder elements of his family, including conspiracy theorists, Civil War re-enactors and health fad kooks, laying in wait.

Though the first episode gets things going well, introducing the Chadwick clan, some episodes slow down a bit, as Tom traces the history of some photos he's found, discovering an unusually theatrical branch of his family tree, or his visit to the farm, which feels a bit over played. Family Tree perks back up again though, especially once Tom crosses the pond and meets his ridiculous American cousins and the people in their lives. Though the characters are the key to the show, as is the case with any of Guest's films, there are so many little touches that make this series a bit different, like the spot-on facsimiles of British television series that Keith and Pete are obsessed with, including a bizarre mash-up of Star Trek and Sherlock that might actually be worth watching, or the rather insensitive, yet historically apropos approach of Bea and Pete to the Native Americans they encounter.

O'Dowd couldn't get enough credit for his sometimes incredulous, often sarcastic delivery, which the series depends upon, while Conti's work with her monkey puppet (an act she's famous for in reality) is hilarious. The rest of the cast slots in so naturally that eight episodes hardly seems like enough to explore their stories, and truthfully, the series leaves you wanting more, without any genuine wrap-up to Tom's tale. As with most Guest productions, this show is populated with many impressive actors, many of whom are regulars to his films, like Fred Willard, Bob Balaban, Ed Begley, Jr., Don Lake and Guest himself, as well as newcomers to the troupe, like Kevin Pollack, Oscar Nunez and Joe Lo Truglio. Special credit goes to Amy Seimetz (Upstream Color), who, as Ally, a girl who catches Tom's eye, has the unenviable task of mostly playing straight-man to a very funny cast, while at the same time grounding the occasionally wacky series.

Though overall the series is enjoyable, the reality of the documentary approach, including interviews, is highly suspect here, as there's no motivation for a camera crew to follow Tom, and some of the scenes the cameras captured would certainly not have happened (particularly an intimate scene between Tom and Ally.) It isn't the biggest cinematic sin, but part of the charm of Guest's work is the idea that these people could actually exist, so its a bit of a bugaboo. 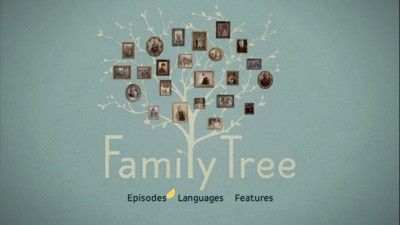 The DVDs
The eight episodes of Family Tree are split between two DVDs, which are packed in a standard keepcase, with a tray for the second disc. The DVDs have well-designed, but mildly animated menus, which offer a choice to choose episodes, play all, adjust languages and check out the extras, along with a plot synopsis for each episode. Audio options include English and French Dolby Digital 5.1 and Spanish Dolby Digital 2.0 track, while subtitles are available in English, French and Spanish, along with closed captioning.

The Quality
The anamorphic transfers on these episodes look clean and appropriate for the series, keeping a very realistic, low-key, documentary feel in terms of color. The level of detail is fine across the board, and black levels are solid, and there are no obvious issues with compression artifacts.

The Dolby Digital 5.1 tracks are mostly focused on the dialogue, which makes great sense for a series like this, though once in a while the surrounds will get some atmospheric effects to handle, like during a boardwalk scene, where seagulls could be heard in the distance. There's nothing dynamic about the mix, not that you would expect anything like that, and so the clear, distortion-free presentation is appreciated.

The Extras
"Keith's Favorite 1970s Sitcoms" is a set of four fake Brit-com scenes that were seen on TVs in the show, and are now available to watch in full-screen. There are two scenes from the Indian-focused There Goes the Neighborhood and two from the cop comedy Move Along, Please!. Watching them this way lets you appreciate the work that went into these clips, which run about a minute each, an effort that seems a bit over the top for how little made it into the show.

The set also includes 13 "bonus scenes" (12:12 in all), most of which were better left out of the show, though the Fred Willard bit is quite funny, as is the bit between Tom and Pete about cockney rhyming slang.

"Music from the Show" is a neat collection of songs created for the series, presented over details about each of the seven tracks. There's some nice variety, from folksy tunes like "Hartland" to faux Brit-com theme "Move Along, Please -- Stakeout." Getting to hear these songs on their own is a welcome treat.

Also included are the brief recaps that aired before each episode. 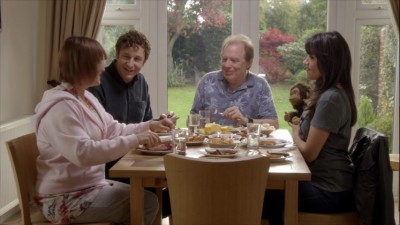 The Bottom Line
Though it starts out a bit slow, Family Tree picks up its game, layering in weirdos and great actors until it became a worthy successor to Guest's great films. Through it all though, O'Dowd shows just why he's become one of today's best comedic actors. The set looks and sounds solid and includes a few minor extras, but it's the show that's the reason for picking this one up.