Ain't In It For My Health: A Film About Levon Helm 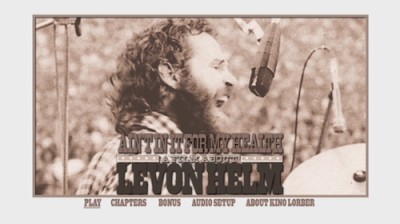 Being a huge fan of the folk-rock group The Band, I was eager to check out Ain't In It For My Health, which follows Levon Helm, The Band's former drummer and singer, for a stretch of months near the end of his life, in 2008 (Helm died of throat cancer in 2012). I was not disappointed by Ain't In It For My Health but the pleasures of watching it are simpler and subtler than you would expect from a rockumentary.

Levon Helm, if he is known by the public at large, is probably best-known as the voice of The Band's hits "Up On Cripple Creek" and "The Weight" (the latter has been in dozens of commercials and seemingly every movie set in the '60s, with the memorable refrain, "Take a load off, Fanny. Take a load for free..."). Nearly 30 years after the official break-up of The Band's original line-up, Helm is shown still to be at odds with his bandmates and their place in history. The film is basically framed by the news that The Band is going to be given a lifetime achievement Grammy at the same ceremony where Helm's first solo album in 25 years has been nominated. This gives the filmmakers a chance to probe a little into The Band's history and particularly into Helm's resentment of Band guitarist Robbie Robertson, who claimed sole songwriting credit on most of their songs, despite Helm's assertion that many were group-written.

Even with this framework, the film is not a rigorous portrait of Helm's latter days nor is it a comprehensive overview of his life. Instead, it is a largely an intimate series of day-in-the-life vignettes, where Helm jams with fellow musicians, smokes weed, tells stories about getting trashed with Procol Harum, and goes to the doctor as his throat ailments wax and wane. It's a pleasant but somewhat meandering approach to the subject. 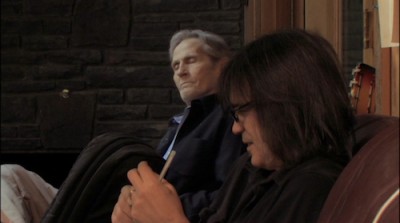 One wonderfully realized thread of the film relates to Helm's contribution to the Lost Notebooks of Hank Williams album, which was eventually released in 2011. A number of unfinished lyrics by Hank Williams were discovered and offered to different musicians to complete and record. At first, Helm's collaborator and producer Larry Campbell is shown focusing on the line "My lonely heart holds no hatred or blame." He tries and tries to spitball a rhyming line (and, no doubt, so does the audience). Helm just sits in a nearby rocking chair, stone-faced with his eyes closed as Campbell flounders. Then Helm gets up and walks away, muttering, "It's a tough goal." Much later in the film, after Helm's throat ailments have forced him to refrain from singing at some live shows, Helm and Campbell are seen in that room brainstorming again. This time, Helm comes up with a way to continue that Hank Williams line that is much better than anything we armchair songwriters watching could have imagined. It's a beautiful illustration of Helm's resilience and creativity, the way he is able to create a nugget of beauty, despite being faced with physical adversity.

It's these quiet personal moments and the glimpses of performance (for example, Helm's briefly featured version of Springsteen's "Atlantic City" is gorgeous) that make Ain't In It For My Health a worthwhile experience. 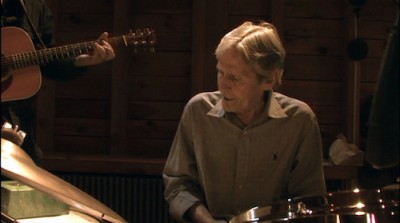 The documentary is mostly shot on video, although there's a little bit of film (looks like Super 16mm and even a little Super 8mm) shot for the documentary, and a smattering of archive material. Considering these sources, the 1.85:1 presentation is extremely solid. There are occasional instances of grain and of softness, but these seem native to the formats with which these moments were shot and not the fault of the DVD mastering.

The disc offers both 5.1 and 2.0 mixes. Considering that it's a documentary, the rear channels don't get a lot of workout in the 5.1 mix, except during certain live performances and pieces of source music. Even without frequent surround effects, the movie sounds great and the music is always well-served. 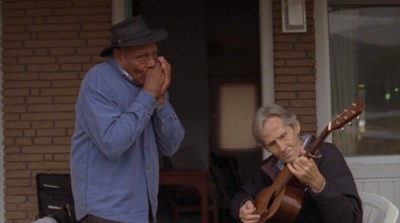 The disc offers more than 50 minutes of deleted scenes, which can be played altogether or separately. Many of these are just brief vignettes of Helm telling stories or lamenting high fructose corn syrup and George W. Bush. The most sizable chunk is a great 22-minute segment called "Motel Sessions," where Helm and a friend jam on blues songs and have a good time in and around a motel room. For music fans, this is a real find. The same is true of the final deleted clip: a beautiful back porch performace of The Band's "Twilight," sung by Levon's then-pregnant daughter Amy. There's also a trailer. 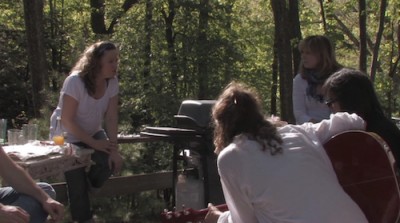 For fans of The Band, this is hands-down a must-see. Levon is a warm and welcoming presence, even as he is forced to deal with ailing health and decades-old resentments. Other music fans and those drawn to intimately shot documentaries are sure to find this a low-key pleasure. Recommended.