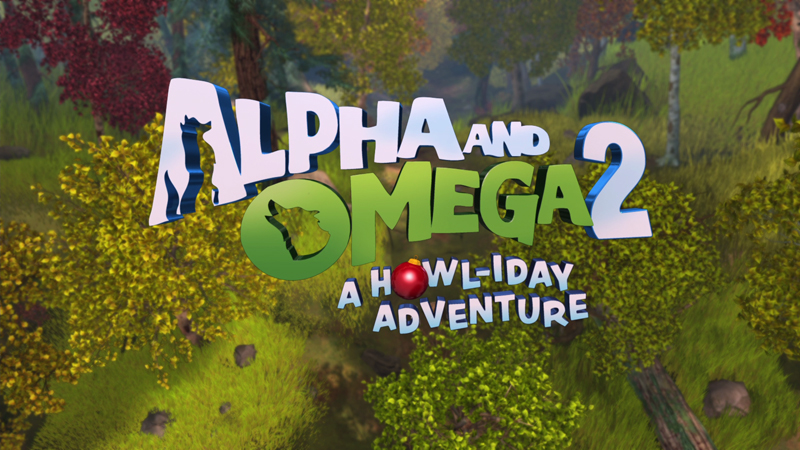 
The Movie
I never saw the first Alpha and Omega film, but with a star-studded cast, it apparently did well enough to garner a follow-up in the form of this holiday special (at just 45 minutes it's not exactly a film.) The thing is, essentially none of the original creative team, in front of or behind the camera, returned for the sequel, with the reins handed to direct-to home-video specialist Richard Rich, who leads the team at Crest Animation and a team of unknown voice actors in telling a new story of wolves Kate and Humphrey.

It doesn't seem like any knowledge of the first film is necessary to appreciate the sequel, as we catch up with the couple, who now have three pups of their own, Stinky, Claudette and Runt. With the holidays approaching, Kate's parents (and much of her family are visiting and she's freaking out, which makes it the worst time for some rogue wolves from a rival pack to kidnap Runt, setting up a war between Kate's family and the bad guys. The brunt of the Alpha and Omega franchise seems to be based in classism, as Kate's family is upper class, and Humphrey is lower class. 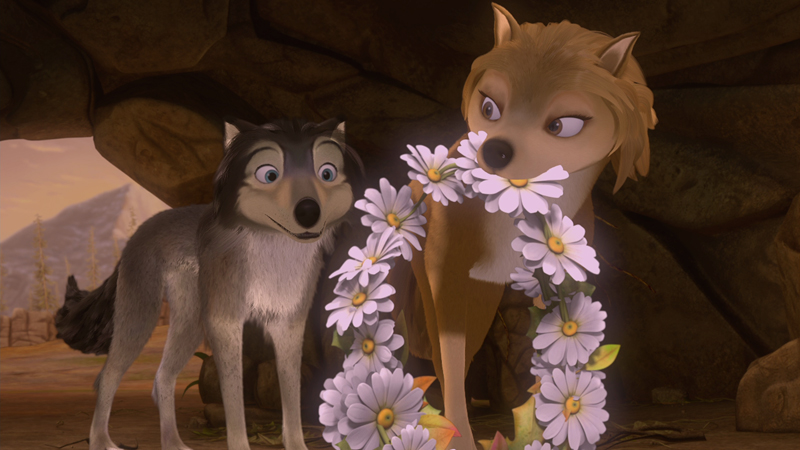 With pretty much everyone responsible for the first film gone, Rich, who's behind many of those animated films at Walmart (the exclusive retailer of this title) that seem like knock-offs, gets to give the characters a new adventure, but the things that stands out most is some awkward dialogue, questionable character motivation and some very out of place innuendo (with one character explaining with a wink how he and his wife like to live in the high grass...the really high grass.) Then there's the matter of the big fight, which manages to somehow be both toothless (thanks to a lack of flow and no real effects) and disturbingly violent, especially for younger viewers, as the biting attacks are pretty clearly depicted.. (My seven-year-old daughter wasn't too keen on the kidnapped kid storyline either.)

So much of the brief run time is spent during the big fight, which takes place in a rather moderate location, that it's hard to really justify the special's holiday angle. Yes, Kate's family is in town for a holiday visit, yes there's a forced moral about the meaning of Christmas and yes there's eventually snow that arrives out of nowhere (along with a Christmas tree) but on the whole this special has very little to do with the holidays, outside of both boasting some cynical marketing. 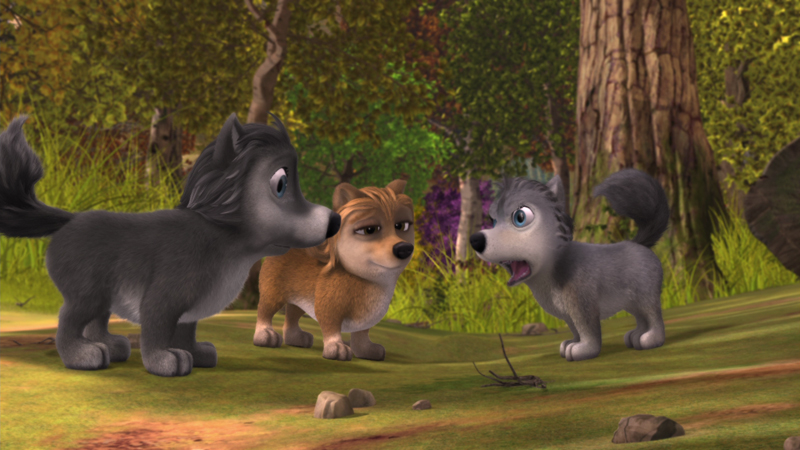 The Discs
This special arrives on two discs, one Blu-Ray and one DVD, which are packed in a standard-width, dual-hubbed Blu-Ray keepcase. The discs have mostly static menus, offering options to watch the film, select scenes, adjust the set-up and check out the extras. There are no audio options, but subtitles are available in English SDH, English and Spanish.

The Quality
The 1080p. AVC-encoded transfer doesn't have any issues that jump out, as colors are solid, black levels (for as little darkness as there is in this special) are deep and there's a good level of fine detail, but the animation is often lacking in detail itself (not to mention some awkward movement in the wolves.) On the plus side, there are no obvious issues with digital distractions, so the limited animation here looks good.

The Extras
For a direct-to-video release of a low-budget animated film, extras were not expected, but there are a few, and all seem to be aimed at the kids watching, starting with "A Wolf's Tale: The Making of Alpha and Omega 2" (8:14.) Rich guides the viewer through the animation process, as it relates to this film, making some odd statements that make it sound as if the first film didn't exist. Either way, it'll still be interesting to younger viewers who are unaware of how animation works.

Rich also hosts "Following the Pack" (1:48) which looks at the next two entries in the Alpha and Omega franchise, which apparently is a thing we will see, based on the voice tracks and animatics shared in this short featurette.

Two quizzes are available to play on this disc as well. First is "Personality Test: Are You an Alpha or an Omega?" After answering 10 questions, you'll learn which character from the film you're most like (and you're not limited to the wolves.) "Wolf Fun Fact Trivia" is a test of similar length, where you have to correctly answer questions about wolves in order to move forward. Again, for kids, this stuff is going to be worth a few minutes.

Wrapping things up is a code for a Digital Copy and a DTS soundcheck for calibrating your sound. 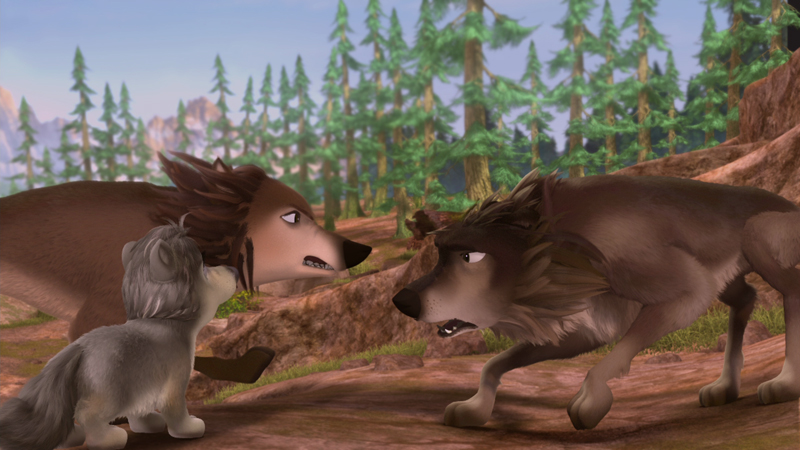 The Bottom Line
Maybe watching the first Alpha and Omega lends more interest to this film, but based on what's here, that's unlikely. The story is so thin and uninteresting, and so lacking in holiday spirit, that you're not going to be pulling this one out each year when the holidays roll around, despite the solid quality and decent kid-focused extras. Then when you consider the price and the limited length, other choices become even more attractive.