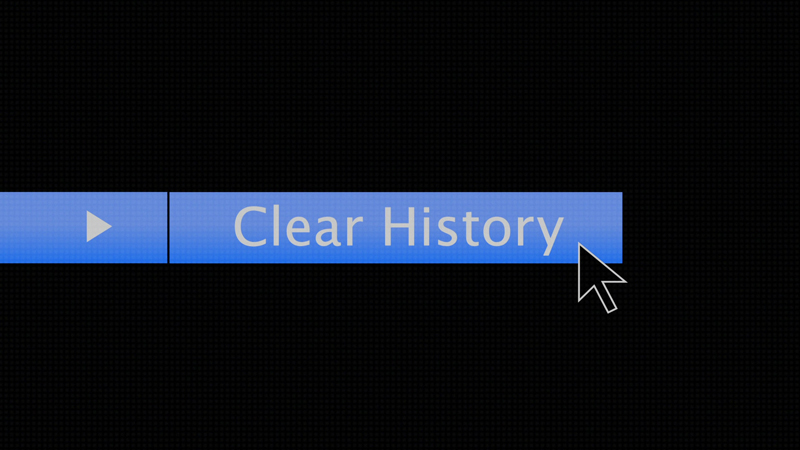 
The Show
Unlike many of my friends or most comedy nerds, I never enjoyed Seinfeld or Curb Your Enthusiasm. I understood why people enjoyed them and could appreciate the writing quality, but the shows never grabbed me, mainly because I couldn't stomach the characters (and I submit for proof the fact that I love The League, co-created by Curb Your Enthusiasm and Seinfeld collaborator Jeff Schaffer, with many hallmarks of the classic ‘90s series.) Considering that background, I'm probably the last person who should be reviewing a movie starring Larry David and written by four scribes who spent time on both Curb Your Enthusiasm and Seinfeld.

Here's the thing: it's actually really enjoyable (up until the ending, which kind of just peters out.) David plays Rolly, an older guy who acts as caretaker to a batty old lady on Martha's Vineyard, where he has a small group of friends and lives a quiet, happy life. It's a stark contrast to his secret former life, where he (unrecognizably) was a bearded, long-haired marketing executive for an electric car company, until an argument with Will, the company's CEO (Jon Hamm,) led him to cash out and leave the firm...just before the company experienced massive Apple-like success, costing him at least a billion dollars. The regret led him to leave his former life behind and start anew. However, the past comes back when Will moves to Martha's Vineyard and builds a massive house there, leading to plans for revenge. 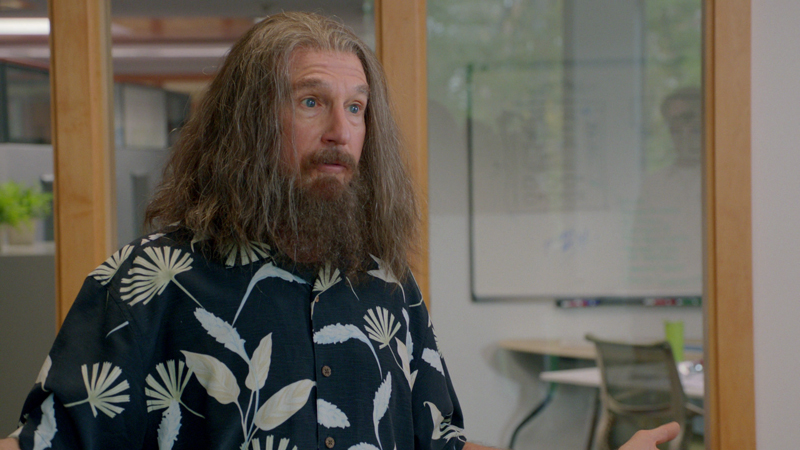 Clear History may have David's fingerprints all over it, with tons of little seemingly meaningless conversations that are completely engaging, to David being the ultimate nebbish lead, but the film, directed by Greg Mottola, is really a classic comedy of errors, as Rolly tries to weave a web of lies and keep several balls in the air, including interfering with a formerly-fat friend (Eva Mendes) and her new fiance (J.B. Smoove), obsessing over his ex (Amy Ryan) and her connection with the band Chicago and plotting revenge on Will with a disturbed demolition man and his associate (the wonderfully off-kilter Michael Keaton and Bill Hader.) Having Rolly be his own worst enemy is a concept perfectly executed here, so when his machinations bear fruit, it's rather satisfying. Unfortunately, the film goes on a few beats too long, so it becomes anti-climactic, but all in all, the story is fun.

While for many seeing David more or less put his Curb persona back on for another round will be the big draw here, the outstanding cast across the board is the real reason to tune in. The main cast is perfect in their roles, from Hamm as a Steve Jobs stand-in to Smoove as a hilarious thorn in David's side, most of the team gets a chance to shine, include Liev Schrieber, giving David a tremendously fun foil as a shady Chechnyan, and Danny McBride, as Rolly's best pal, in one of the first of his roles where he's not a complete scumbag. Only Kate Hudson, who plays Will's wife and the object of Rolly's revenge-based affections, is left wanting for something interesting to do with her character, outside of a mildly-amusing late-game freak-out. It may have small issues, but this is a comedy that offers much of what David fans like about him, while still courting those who don't dig his complaint-heavy style. 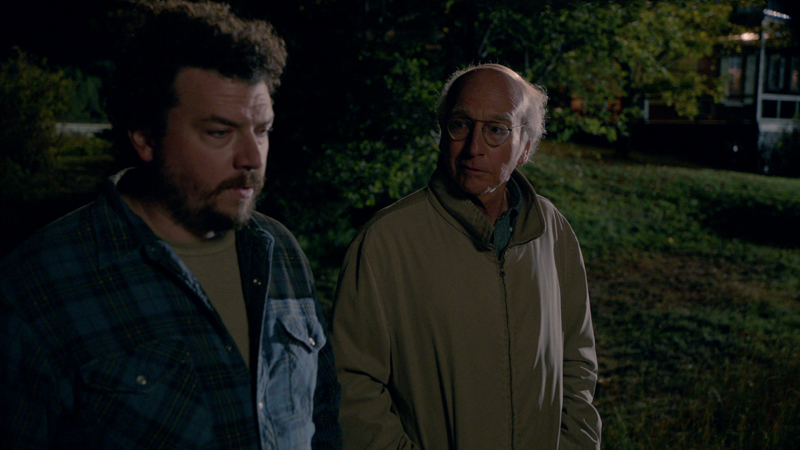 The Disc
This film arrives on one disc in a standard-width BR keepcase. The Blu-ray features an animated menu, offering the option to watch the film, select chapters, adjust languages and check out the extras (though the chapter menu is a bit useless for a musical, labeling each chapter with only a number, rather than listing the songs.) Audio options include English DTS-HD Master Audio 5.1 and Spanish DTS Digital Surround 2.0 tracks, while English SDH, Spanish and French subtitles are available.

The Quality
The 1080p, AVC-encoded transfer is clea, free of any dirt or damager and sports appropriate color, with decent black levels where important, but the overall level of fine detail is wanting, and there's some noticeable aliasing in spots. One wonders if the image wasn't intentionally soft in places to aid in delivering David's younger look, as close-ups were lacking in detail in several places. Compression artifacts are not a concern. Overall, it looks good, but other films just look sharper.

The DTS-HD Master Audio 5.1 audio doesn't have a tremendous amount to do for most of the film, as it's mainly a dialogue-driven film, but the voices are crisp and clear in the center channel, while the score and some atmospheric effects take up residency in the surrounds to fill out the soundfield a bit. There's some sound effect work later in the movie that will get some emphasis from the LFE, but for the most part it's a film-appropriate mix, without much of anything in the way of dynamic mixing.

The Extras
There are no extras, outside of a code for a digital copy of the film. 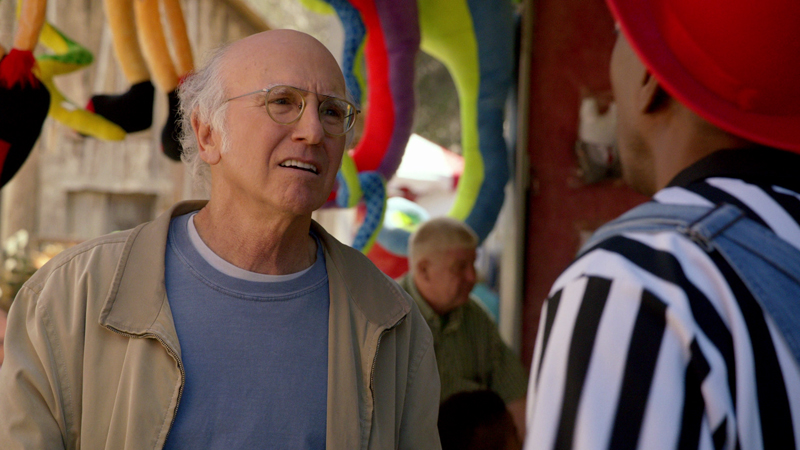 The Bottom Line
Honestly, the art of David on the cover of this movie looks nothing like him, and that's what let me approach this film mostly free of my anti-Seinfeld biases (truth be told, I thought Bryan Cranston played the lead at first.) The result wa a good time, as the movie is studded with moments delivering real laughs and some great performances. The disc looks and sounds solid, but offers no extras, so it's all about the movie, and David's humor can be divisive (though this is probably the most accessible he's been.) Anyone looking for some laughs should give this one a look.