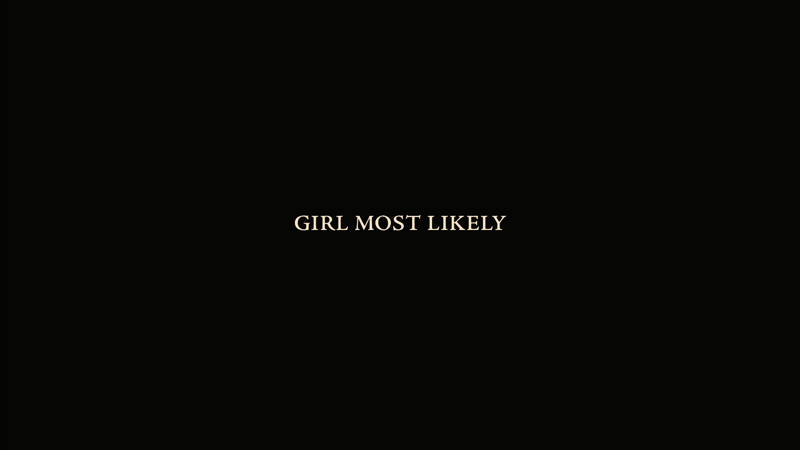 
The Show
Why does it seem that actors who make their bones in comedy have such a hard time translating that talent to dramatic work? The other way around, audiences normally have no problem accepting the switch, and the contrast often enhances the comedy. But one look at the work of Jim Carrey tells you what happens when the clown wipes away the smile, as his dramatic work hasn't been embraced nearly as heartily as it should have been, considering its quality. The latest to give it a try is Kristen Wiig. After years of creating hilarious characters on SNL and in several films, Wiig has taken a shot at something a bit more substantial with Girl Most Likely, the story of Imogene. a failed playwright coming to terms with who she is at heart when she has to move back in with the family she left behind.

Though it's a bit serious at points and tackles some poignant subject matter, Girl Most Likely is a comedy in the end, perhaps a bit of a dramedy. After all, Imogene's family is a band of weirdos played for laughs, including her compulsive-gambling mother Zelda (Annette Bening), her manchild brother Ralph (Christopher Fitzgerald) and Zelda's bizarre boyfriend (Matt Dillon) named George Bousche (get it?). But things don't start off so funny, as following a flashback to her childhood and an increasingly depressing first-person walk in her shoes, Imogene's high-society boyfriend Peter dumps her, and her big-city friend Dara (June Diane Raphael) dumps her back in her hometown of Ocean City, New Jersey, in the care of a mother who can barely take care of her own mess. Having escaped the boardwalk of the Garden State for the big city, only to flame out on a big opportunity to become a playwright, she's not too fond of the idea of returning home. 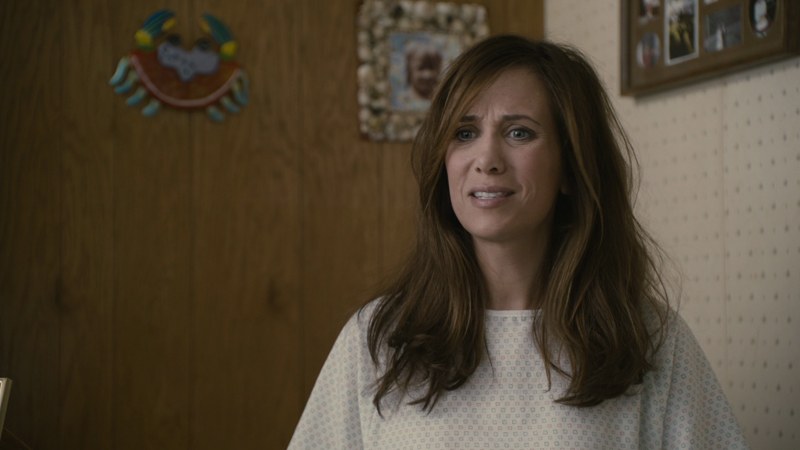 There's a point in the film, around the time when Imogene slams head-first into the reality of her situation for the first time, that the film's somewhat bloated 104-minute runtime becomes obvious. Part of the problem is exploring Ralph's story (which involves the physical manifestation of his distrust for the outside world and an amusing Jersey-turn by Natasha Lyonne) as well as the story of Imogene's long-dead father, both of which take up time while not adding anything essential to the plot. Meanwhile, the movie takes a ridiculous turn toward the end, which re-defines unnecessary and goes against whatever sense of tone (and perhaps reality) the film had built to that point. To give it away is unfair, because it's actually a mostly entertaining diversion, but if removed from the equation, the film still mostly works (though the ending would certainly require some re-engineering.)

That may sound like the elements of a bad movie, but that's really just because the film, written by actress Michelle Morgan, has too much stuffing to it. There are some very funny moments sprinkled throughout, and the performances, directed by Shari Springer Berman and Robert Pulcini (American Splendor), are uniformly excellent, with Wiig providing her usual odd energy and affecting charm, Bening showing again why she's such an underrated actress and Dillon making his somewhat superfluous role into a big part of the film's entertainment quotient. Fitzgerald is a lot of fun as Ralph, coming off as a combination of Eugene Mirman and Chris O'Dowd, while Glee star Darren Criss is perfect as a boarder at Zelda's house, a potential love interest for Imogene and a wonderful faux Backstreet Boy. Raphael, quickly coming into her own as a burgeoning comedy star, has the unenviable job of being mean to Wiig while still getting laughs, and she handles both sides of the role well. 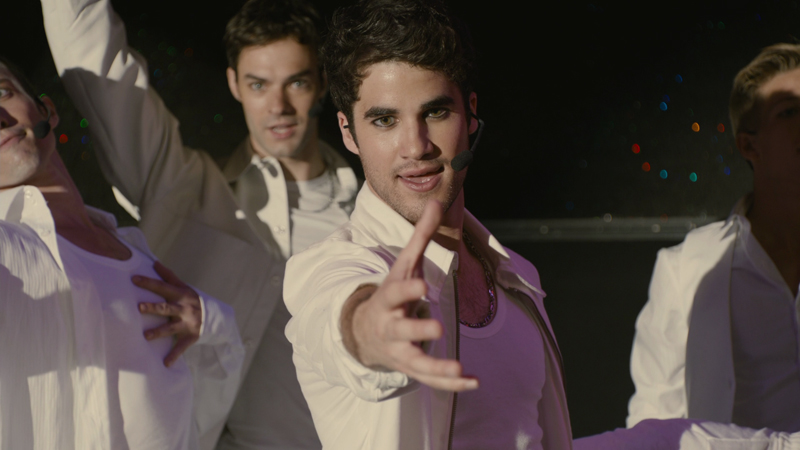 The Disc
This film arrives on one disc in a standard-width BR keepcase, which is inside a slipcover that repeats the cover art. The Blu-ray features an animated menu, offering the option to watch the film, select chapters, adjust languages and check out the extras. Audio options include English DTS-HD Master Audio 5.1 and Spanish Dolby Surround 5.1 tracks, while English SDH, English and Spanish subtitles are available.

The Quality
The 1080p, AVC-encoded transfer on this film is clear and has a high level of fine detail, showing off the production detail in New York City and everything that comes with the Duncans and the Atlantic City area. The color in the film leans toward slightly dull (and tan-tinted), but nothing that will bother most viewers. Black levels are sufficiently deep and there are no notable concerns about compression artifacts.

The DTS-HD Master Audio 5.1 soundtrack is relatively simple, befitting the film's focus on dialogue, The voices are mainly in the center channel, with the surrounds getting some work from the film's fun soundtrack, featuring songs from Blondie, Bon Jovi, Bruce Springsteen and America, with some minor atmospheric effects as well. Everything is clean and legible, but don't expect much from the low-end, or in terms of dynamic mixing.

The Extras
The slim extras start with a 2:29 gag reel full of silliness, which one would expect from Wiig, especially when it comes to on-set dancing.

An odd featurette, "Life in the Human Shell" (3:!4) follows, which follows "Ralph" in his shell as the wanders around, interacting with people. Since we never see his face, it's pretty obvious it's not Fitzgerald, but it fits the film's off-beat sense of humor.

The biggest extra is "Making Most Likely", which checks in at 8:44, with interviews with the writer, directors and the producers, though none of the actors are present as they talk about the making of the film. Be warned, this featurette reveals basically the entire plot of the film as it progresses.

The extras wrap with a trio of deleted scenes (2:39), two of which are rather pointless, while the other is actually pretty funny, and could have been in the movie if it wasn't already so long. There's also a code for a digital copy of the film. 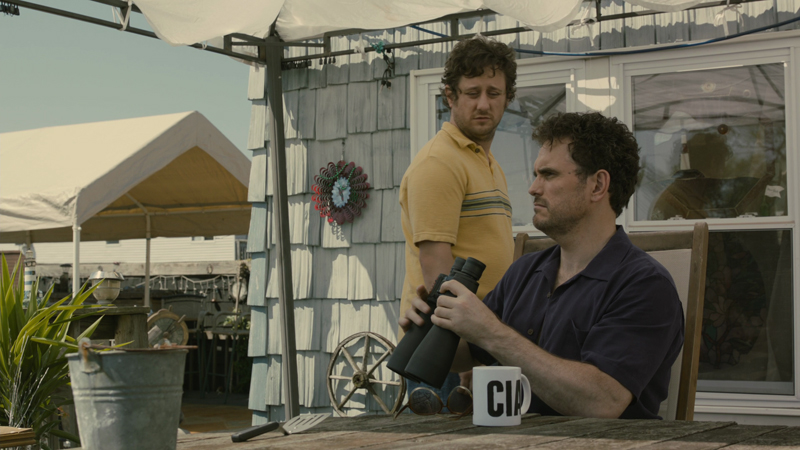 The Bottom Line
The odds are normally stacked against comedians when they try their hand at drama, as audiences tend to struggle to accept that funny people can be serious. While Girl Most Likely isn't a straight drama, and is, in fact, often quite funny, Wiig isn't really going for laughs here, and acquits herself well as a leading lady, supported by an impressive cast of very likable actors. The film spins out of control though, trying to do too much in telling Imogene's story. The disc looks and sounds fine, but doesn't offer much of anything as far as extras go, so your interest in Wiig is going to be the determining factor for anyone considering a purchase.