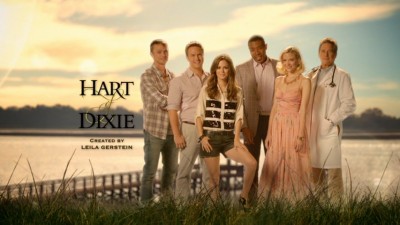 As it turns out, I enjoy a good television soap. The key-word being a "good" one. Hart of Dixie is one of the best television soaps of the past several years, with an excellent cast that has managed to keep it an engaging, entertaining, and high-spirited creation. From creator and writer Leila Gerstein (who worked as a writer on both The O.C. and Gossip Girl), fans of television dramas with emotional relationship dramatics and the proper dosage of comedic hijinks will find much to appreciate about this charming Southern-style drama.

Zoe Hart (Rachel Bilson) is still succeeding at her profession as a doctor in the small town of BlueBell, Alabama after moving away from her previous home of New York. There has been considerable movement for Zoe in her professional work with much success for her in BlueBell. Patients get helped and Zoe makes sure to do her best working with the community and becomes a part of it along the way.

Season two picks up where the first season ended off at and the dramatics continue with a flair for abundance in the character's relationships as things become more messy and confusing for everyone involved. While Zoe is getting much better at working with patients relationships is another thing altogether and Zoe has a lot of difficulty in deciding between the affections of passionate lawyer George Tucker (Scott Porter) and a southern "bad-boy" with a good heart, Wade Kinsella (Wilson Bethel). Zoe's head keeps telling her that George makes more sense, though her heart might be leaning in another direction. 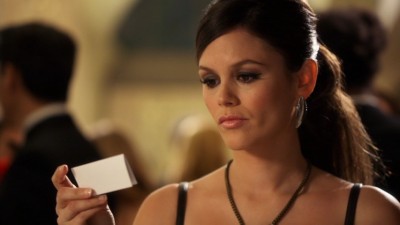 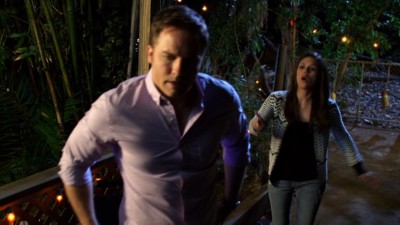 Zoe's former enemy was Lemon Breeland (Jaime King), who was always enthusiastic and quite charming despite her dislike of Zoe at the start. This isn't really the case anymore, surprisingly, considering the engagement between Lemon and George ended because George wanted to be with Zoe. To make matters more confusing, Zoe decides that even though she believes she is going to eventually be with George that the two are not ready for each other. She decides she won't be with either George or Wade. This doesn't last long though, as Wade and her become entwined rather quickly in a romantic connection. Is it a relationship? It's unclear if the two actually are in a relationship even as their affections for one another are crystal clear on the show.

Some of the other plot-lines on the show are given some new directions on the series, such as when Lemon decides to find a career and work for a living at the beginning of the season. She has to work through some less successful working experiences but she eventually starts up her own business and is having a big change in her life after being with George for fifteen years. It also seems to have helped her attitude as she becomes more positive and kind-spirited to those around her, which makes the character even more likeable.  There is also a new plot-line which centers around Lavon Hayes (Cress Williams), who is the sweet-hearted Mayor of the city (and who one might say is Zoe's best friend) who is now having to compete in an election for keeping his job as Mayor when a former girlfriend from High School returns to BlueBell and decides that she'll run against him. 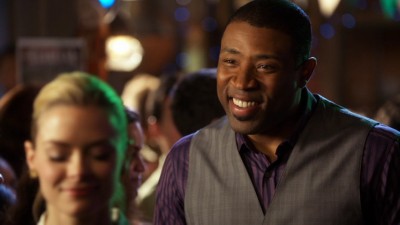 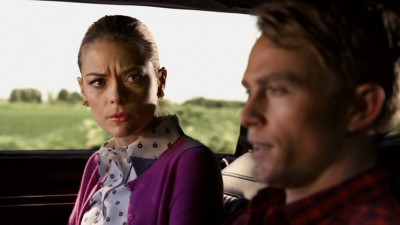 At the heart of Hart of Dixie (pun intended?), the series is about the relationships between these characters. It manages to be a charming and enjoyable show primarily because the cast is smart, talented, and full of the charm that keeps things, well, charming. This series is a nice diversion with a Southern style and a flair for dramatics that is entertaining if unrealistic.

Fans of the first season should find more to enjoy with the second outing as the series retains its high-quality production status on every aspect of the production. With the great talent involved in front of and behind the scenes there's plenty to love about Hart of Dixie. It's easy-breezy and highly effective entertainment with a great cast and a talented crew. 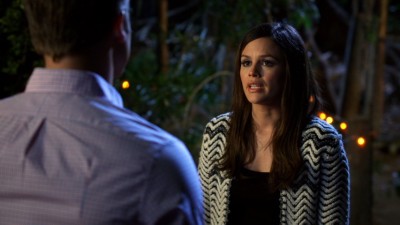 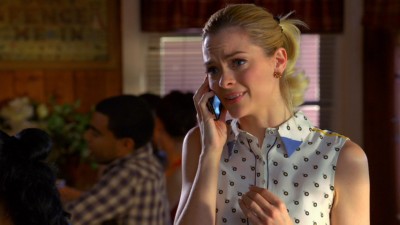 Hart of Dixie: The Complete Second Season arrives on DVD in a 5 disc set with the entire run of episodes. The encoding isn't quite as good as possible for DVD (though it does come close) but it certainly does look impressive. The encodings utilize reasonable bit-rates and there don't seem to be any major issues with the transfers. Fans will be pleased. The Hart of Dixie transfers are high-quality and display the show in a worthy way with good color, a decent sense of crisp imagery, and a clean modern look befitting the style of the series. While the series was filmed utilizing HD cameras (and I wish the show was available on the Blu-ray format) the DVD set is a nice collection that features solid PQ that shouldn't' go overlooked.

The 5.1 Dolby Digital surround sound continues to be a disappointing aspect of Hart of Dixie, even if it's not something that is necessarily essential for a drama that mainly needs dialogue reproduction to be effective (which it is). There appears to have been little effort made in enhancing the series with surround sound as this is mainly a front-heavy show with little surround activity. It's occasionally utilized for some minor ambiance to be added but it's minimalistic by design. As said, dialogue clarity is the most important aspect though. It absolutely doesn't disappoint in that area.

There are no supplemental materials included on this DVD release, which is a bit disappointing when one considers  the fact that Season 1 had at least a few featurettes about the behind-the-scenes production. 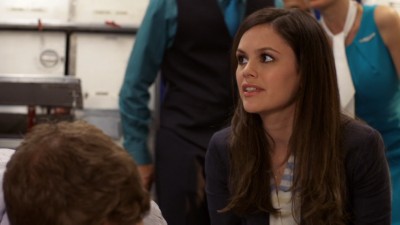 Hart of Dixie is a fun television series with a great cast that adds so much to the show's effectiveness and enjoyability. If it wasn't for the immense talents of these actors, I don't know if I would enjoy the series anywhere near as much given it's soapy qualities. Yet the show manages to work quite effectively and it is entertaining. Fans of the series are encouraged to purchase the set based on good PQ and decent AQ even though it's disappointing that there are no extra to be found. The show has a unique blend of comedy, romance, and drama that keeps things interesting.