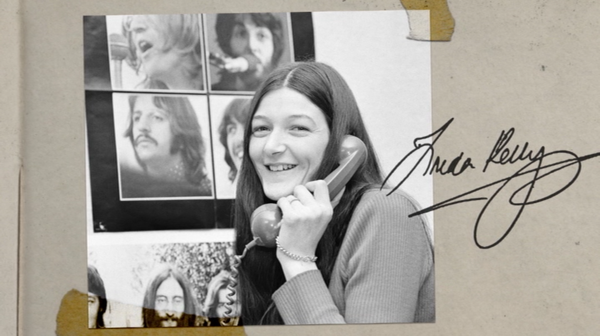 Freda Kelly was The Beatles' secretary for 11 years, longer than the band was together. In 1961, she used to see the band play at The Cavern Club on her lunch breaks and became a familiar face. Then, she started helping out the woman who ran The Beatles Fan Club, and eventually took charge. When Brian Epstein started managing The Beatles, she became his secretary. She stuck it out for years, where dozens of other employees were frequently fired by the temperamental Epstein. When he died, she went to work for the Beatles' company, Apple. She continued working for them, both as a secretary and as head of the fan club, until 1972. At that point, she was 28 years old.

Now, more than 40 years later, Freda Kelly has finally decided to share her stories from her time with the Beatles. There's no dirty laundry being aired in Ryan White's documentary Good Ol' Freda, unless you count the anecdote about the pillowcase Ringo was made to sleep on for the sake of a fan request. In fact, while Freda fesses up to dating a member of the Moody Blues at one point, she evades questions about any romantic involvements with the Fab Four with a coy smile and an admonishment to White, "That's personal!"

That reticence to delve into personal matters is what kept Freda from telling any of her stories for so long. One is initially tempted to speculate why she even bothered at this late stage, considering that pop culture hit its super-saturation point of Beatles minutiae decades ago. But, of course, there are always die-hards who still want any scrap of info about their idols -- and, as White's film proves, a well-told story is always worth listening to. Whether describing her inability to maintain her composure when Ringo ("Richie," she calls him) revealed he was getting a mere fraction of the fan mail the others were getting or whether recounting an incident where she fired her entire Fan Club staff when one of the workers stuffed an envelope with hair that was not legitimately from a Beatle's head, Freda remains perpetually charming. 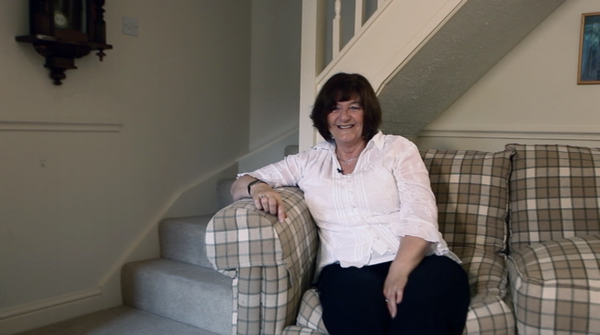 The film only briefly touches on Freda's life since The Beatles, and mostly just to reveal that she has kept almost all of her Beatles-related past from her family. It is mentioned briefly that her eldest son died young, but White doesn't pry into the details. This is unsurprising, considering Freda's private, humble nature. Even in her own film, she skirts the spotlight and keeps the focus on pleasant anecdotes about her former employers.

At heart, Freda was a fan like all the people who wrote to her, and her dedication to treating them right is one of the key points to which White's film frequently returns. Freda is stuck working as a secretary in the present day because she refused to cash in on all her saved-up Beatles memorabilia. Instead, she gave almost all of it away to people she knew were true Beatle fans.

It is Freda's twin dedications -- to her iconic employers and to their fans -- and Freda's insistence on not selling out either camp that makes Good Ol' Freda compelling, even if you already know every step of the Beatles' rise and (relative) fall. Director Ryan White manages to make well-trod ground seem somewhat new and the end result is surprisingly affecting. Call me a softy, but I had a lump in my throat by the time the end credits rolled. 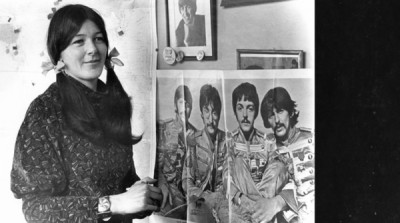 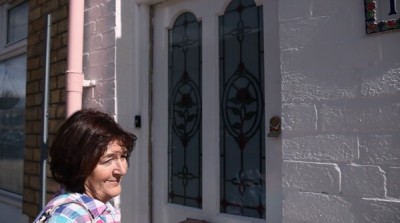 The Video:
The 1.77:1 anamorphic image looks good for a low-budget documentary. A lot of stock footage and photographs are incorporated with contemporary video footage. It's not a knockout visually, with occasional color and exposure inconsistencies during certain interview set-ups, but it gets the job done. Some of the interview footage is also a little noisy, but again this seems to be a by-product of the low-budget shooting style and is not distracting overall.

The Audio:
The Dolby 5.1 audio mix is similarly good for this kind of low-budget piece. As with most talky movies, the mix is heavily focused on the front channels with interviews that come through nice and clear -- surprisingly even during some of the tattered old vintage footage. But, director White also got the rights to an excellent selection of '50s and '60s rock cues, mostly original versions of songs that The Beatles famously covered. However, the filmmakers were also able to get 4 Beatles recordings, which is amazing for a low-budget production and speaks to Freda's continued largesse within the Apple organization. All of the "old records" sound great coming through the surround channels. There are English SDH, and Spanish and French subtitles.

Special Features:
First up is an audio commentary with Freda Kelly and director Ryan White. They spend a little time breaking down specific production issues, such as securing reticent interview subjects, licensing the Beatles songs, and the like. For the most part, White gets Freda to flesh out more details about various anecdotes in the film. There are quiet gaps here and there, but overall it is a worthwhile, appropriately enlightening companion to the finished film.

Next is a 10-minute selection of 5 deleted scenes, playable altogether or separately. All of them are charming and revealing anecdotes that clearly didn't quite fit into the fabric of the final story White chose to tell. They are definitely worth checking out if you enjoyed the film.

Then there is a 22-minute Screening Q&A at The Fest For Beatle Fans, which doesn't provide much unique information, if you watch the other extras and listen to the commentary, but it does offer a cool glimpse of the appreciation Beatle fans have for Freda and her dedication.

There is an Interview with director Ryan White, which is a little bit meatier, with more practical information about the how's and why's of the production of the film. Some of it is redundant with the other bonuses, inevitably.

Rounding out the bonuses are a slightly stingy photo gallery and a selection of trailers for this film, Big Star: Nothing Can Hurt Me, Muscle Shoals, Touchy Feely, Prince Avalanche, and the AXS TV cable channel.

Final Thoughts:
Good Ol' Freda is catnip for Beatlemaniacs, and they will surely consider it a must-own. For other folks who enjoy a good yarn, pleasantly spun, this comes Recommended. 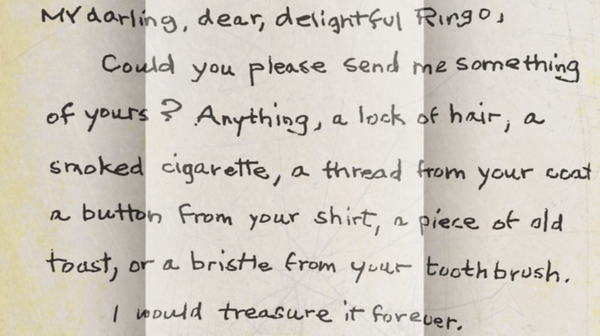