Starz / Anchor Bay // PG-13 // March 4, 2014
List Price: $29.99 [Buy now and save at Amazon]
Review by Neil Lumbard | posted March 6, 2014 | E-mail the Author
The Grandmaster Blu-ray Review The Grandmaster is the latest film from one of Hong Kong's most acclaimed filmmakers, Wong Kar Wai (Chungking Express, 2046, My Blueberry Nights). It is a new telling of the story of Ip Man, a renowned martial artist who is well known for having trained the legendary Bruce Lee. The story focuses on the life of Ip Man in Foshan during the 1930's and extends the story into events surrounding the Sino-Japanese War and leading up to his life's culminating work as a martial artist instructor before his passing. It's a film that almost seems to be told in quieter vignettes,  showcasing passages of time and brief reprieves in places without putting it all together into one entirely linear narrative.

Ip Man (Tony Leung) is introduced in the beginning of The Grandmaster as someone ruminating on life; contemplating a number of philosophical ideas as the story begins to be told by his own point of view. Then the story curves into a gigantic brawl of epic proportions between Ip Man and a number of kung-fu opponents. I'm pretty sure audiences will be able to guess the victor, considering the famous story of Ip Man as a genius of martial arts. There are many extensive martial arts sequences in the film which are all filmed in a highly artistic fashion that shares more in common with dance and the rhythm of the style than with showcasing things in an expected or typical action-oriented way.

Over the course of the film, Wong Kar Wai covers different parts of Ip Man's life and his career, briefly taking steps to present the martial artist master surrounded by other masters of the craft. Unlike some films about the martial artist, the storyline seems to be intentionally confusing to comprehend. It is told in a somewhat nonlinear way that makes the film a bit more difficult to follow (though I have heard it is more linear in this US cut of the film when compared to the original and longer Hong Kong version). 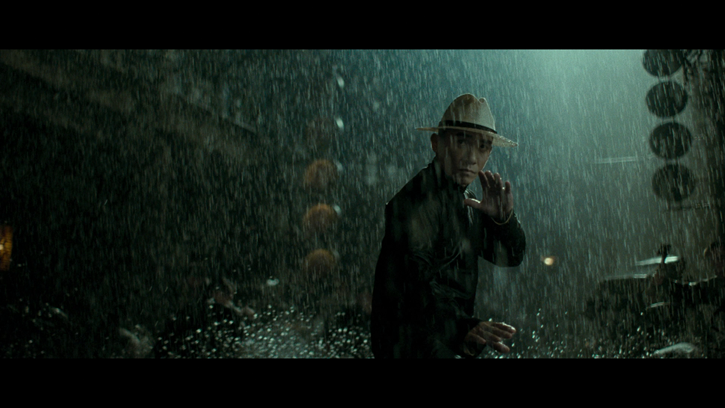 The Grandmaster is almost told as if it is being relayed in fragments by Wong Kar Wai. It isn't something that follows a traditional narrative. The only thing connecting the scenes together as something more traditional is the occasional in-between cards with information about the place and time (with brief historical notes) which is something added to the US release. Each scene is almost like a poem being told with a slight connective tissue of design connecting them to each other. This is unlike the norm of so many action pictures and martial arts efforts.

Perhaps surprisingly, the main storyline of The Grandmaster is about Ip Man's relationship to Gong Er (Ziyi Zhang), which is a complicated one that spans decades in the story.  The main character of the film is also arguably Gong Er and not Ip man, which is something that may surprise many viewers. One could legitimately argue that Wong Kar Wai has a much more invested interest in telling Gong Er's story than Ip Man's - it's truly at the heart of the film.

The story takes moments away from telling the story of Ip Man to focus more intently on Gong Er and her storyline. By the end of the film, I imagine many viewers will even wonder who the film is referring to as a grandmaster in the title: Is it Ip Man or Gong Er? The story weaves back and forth the elements of these character's and is at its core a character-based drama about their journeys taken. 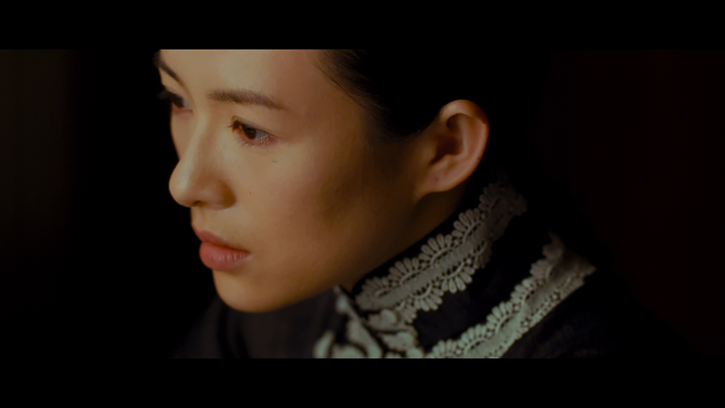 Audiences expecting this to be a run-of-the-mill action film or just another typical martial arts experience will be surprised by how different The Grandmaster is from most kung-fu films. It doesn't attempt to simply entertain with action sequences (though it has plenty of these scenes, which are brilliantly choreographed by Yuen Wo Ping - choreographer of The Matrix and Kill Bill).

The Grandmaster is akin to a painting being put to film with the work of Wong Kar Wai being both abstract and interpretative compared to most films in the genre. It's not simply telling the story of Ip Man (or Gong Er): it's telling the story of what it means to have a passion in life to drive you and what martial arts can help teach about the world beyond its obvious elements. It asks questions about the existence of martial arts and the implementation of it that is about the philosophy so much more than  it is about the technique.

This particular version of the film (as released by the Weinstein company) runs 108 minutes long and is significantly shorter than the original Hong Kong version, which is 130 minutes long (and which I would imagine to be the true director's cut). The differences are abundant. The editing is quite different as many things have been altered to be more chronological for the US release. It's not perfectly linear in this version, but it is told with a more linear approach that the original cut. 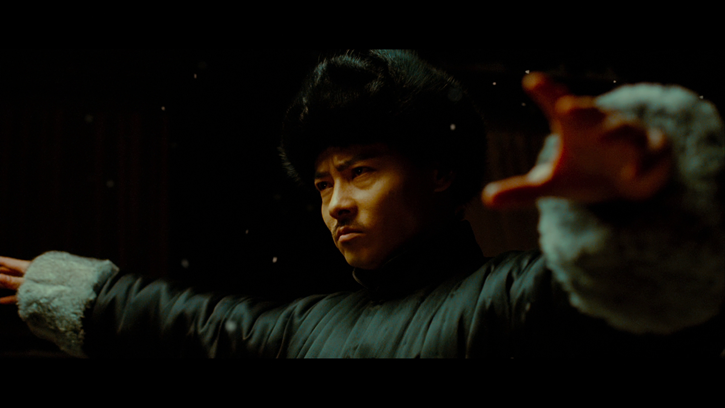 Most of the scenes cut from the Hong Kong version are moments that expand on the story -  yet there is an extended fight scene that was also trimmed for the US release. The US cut also adds in some moments (mainly in the martial arts scenes, including an entirely new fight sequence) that weren't presented in the original Hong Kong version. Wong Kar Wai shot enough footage during the making of The Grandmaster to make something more akin to a 4 hour cut and this element of the production helped to lead to these differences between cuts. The US release is unquestionably the shortest cut released internationally (another edit was made that runs 122 minutes).

The Grandmaster is ultimately a beautifully realized vision of creativity with cinematography, minutes). Fans should make note of these differences and seek out both versions to compare. costumes, production design, and direction that is artfully employed. However, it can also be somewhat confusing to follow as a film (even within this more linear US edit) and there are many parts of the storyline that seem to be less focused than what one might imagine.

Despite being a slightly uneven film at times, The Grandmaster is still a triumphant work from one of China's greatest working auteur directors and it is a film worth seeking out for fans of quality art-house cinema (as told with a unique kung-fu edge). It is one of the most unique, memorable, and fascinating films of 2013. 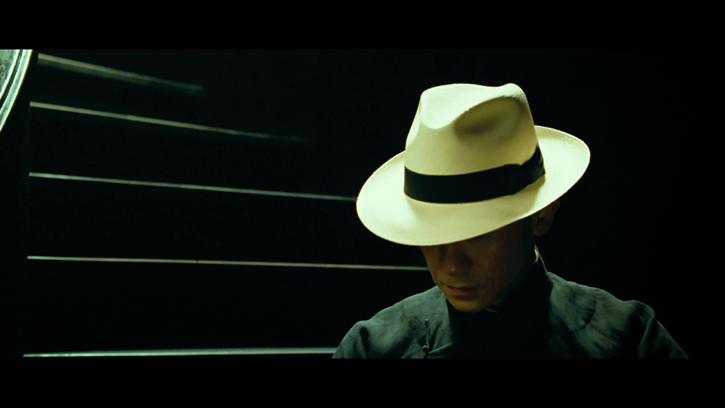 The 1080p MPEG-4 AVC encoded image presents the film in its original 2.35:1 aspect ratio, and delivers what is an often fantastic and satisfying presentation of the film The Grandmaster.  Fans of Wong Kar Wai are used to him working with a brilliant cinematographer to achieve amazing artistic results, and this film is no exception, with the work of director of photography Philippe Le Sourd catapulting the visual sensibilities of the film to incredible heights. The use of color seems astonishingly rich and fantastical: you feel as though the world of the film is a fantasy paying homage to old-school Kung Fu films while being uniquely artistic and modern at the same time. The transfer retains sharp, rich details and good clarity throughout. The depth of blacks and richness of color is impressive to behold.

If I have any complaints it's that some specific shots during the film look as though they have been slightly tinkered with to add a element of DNR on to the image quality. It's never severe and I am pretty picky about DNR: ideally, it would never be used, but some traces of it can be found in this transfer with mild decreases in detail during parts of the film. Despite the occasional tinkering, the transfer is generally quite impressive and I imagine most viewers will not find fault with it.

The original Mandarin language presentation is preserved with a roaring 5.1 surround sound soundstage that is more impressive than I imagined possible for the film prior to seeing (and hearing) it. The Grandmaster has one of the more impressive surround sound designs of note regarding recently produced films -- it is every bit as immersive and well-constructed as many Hollywood blockbusters. The bass LFE and depth of the soundstage is quite prominent and the crispness and clarity of details in the dialogue and music are preserved. You will appreciate the efforts done to enhance the film with the surrounds, especially during the many choreographed sequences where the details are immersive and impressively realized with this DTS-HD Master Audio presentation.  English subtitles are provided.

A 5.1 Dolby Digital English language dub track is also provided (but is not recommended, and make sure to setup the film before pressing 'play' as the disc defaults to the dub).

Four supplemental features are included for The Grandmaster. Each featurette is presented in High Definition.

The Grandmaster: From Ip Man to Bruce Lee (23 min.) is special behind the scenes look at the making of the film with some filming footage, clips from the film, and interviews with cast members, director Wong Kar Wai, and some special guests, including a few film critics. It certainly offers a decent (if brief) look at the film and it's construction. Director Wong Kar Wai offers a few points that I hadn't considered from simply viewing the film so I appreciated getting some added insight from the director.

A Conversation with Shannon Lee (7 min.) offers some insights from the daughter of Bruce Lee. Shannon Lee runs a non-profit that helps to promote the positive messages of her father and his legacy. She discusses things I hadn't actually heard about Bruce Lee before, such as his interest in dancing and how this had an impact on his martial arts.

The Grandmaster: Behind the Scenes (50 min.) is a fairly extensive making-of documentary that covers many different elements of the production, from the actors (and the performances) given, to the martial arts, the choreography, and the direction. Includes English Subtitles.

The Grandmaster According to RZA (5 min.) is a brief interview with rap artist RZA about his take on the film and it's style.

Unfortunately, the original 130 minute Hong Kong cut of The Grandmaster is not included on this Blu-ray release. 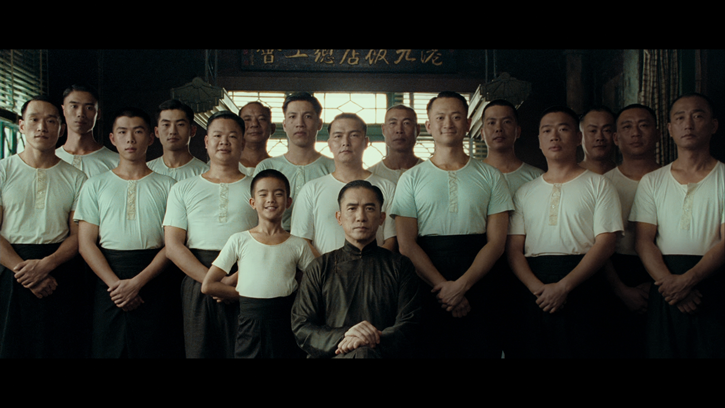 The Grandmaster is a frequently fascinating and well-realized martial arts film from acclaimed filmmaker Wong Kar Wai. While The Grandmaster is not the filmmakers most accomplished effort to date (that would be either Chungking Express or In the Mood for Love) it is certainly something unique within his canon being that it is the first time he's blended martial arts with dramatic and romantic storytelling (the mainstay genres of the filmmaker).

The film is evocative and beautifully filmed throughout and tells it's story in a fascinating way. Fans of the director shouldn't miss it and anyone interested in Ip Man and Bruce Lee will find something worthwhile about the film and its ultimate message of finding one's passion in life. 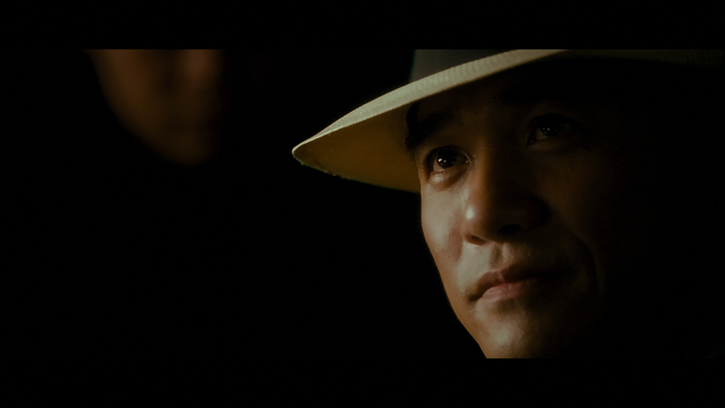 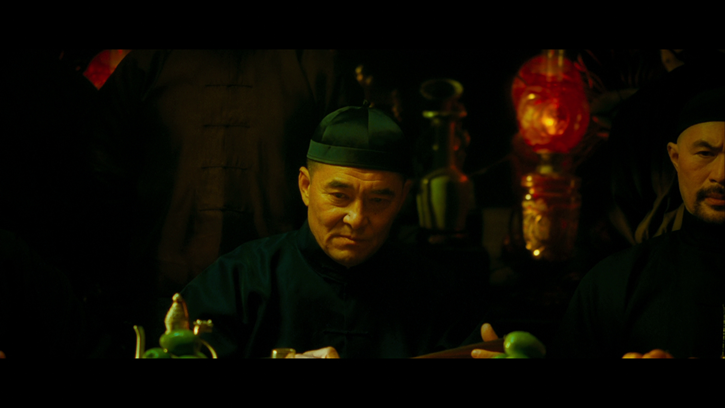 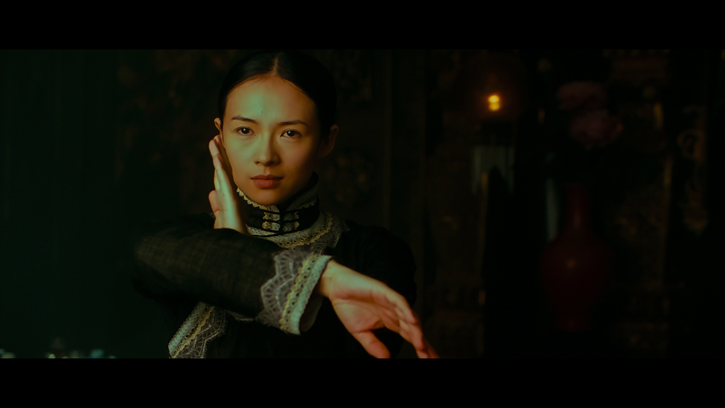 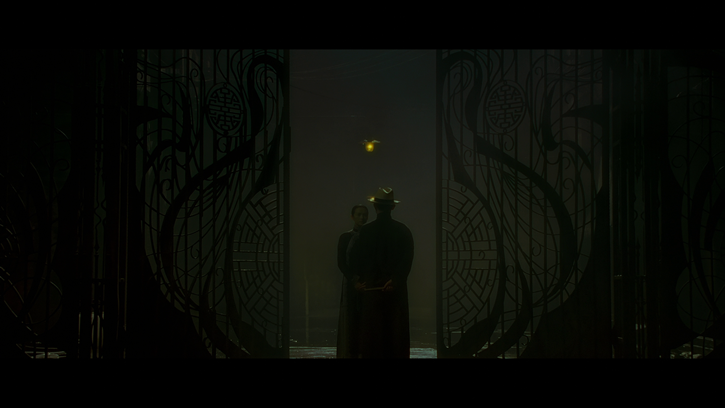 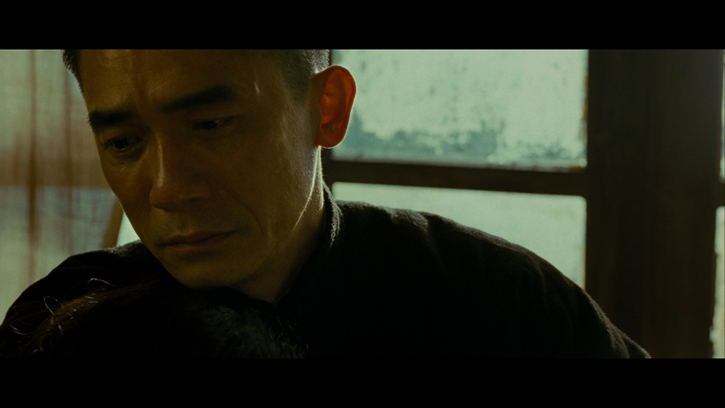 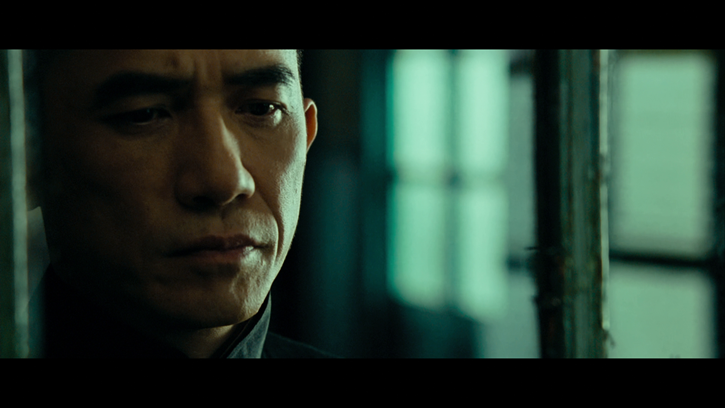