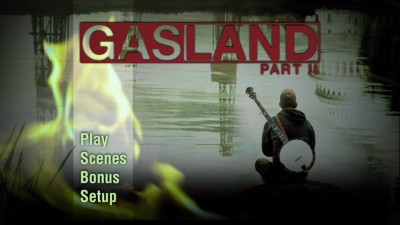 There's a cliché that goes, "If you're not outraged, you're not paying attention."

This must be a frustrating slogan for someone like Josh Fox, whose 2010 documentary Gasland struck many of us as the last word on hydraulic fracturing (or fracking) and the effects natural gas drilling has on the citizens and property in surrounding areas. Intrigued about the realities of the process when confronted with signing a lucrative deal to let fuel companies drill under his family home in Pennsylvania, Fox discovered that fracking regularly contaminated local water supplies. His film, which was eventually nominated for an Academy Award, showed Fox travelling around the country talking to families whose lives had been adversely affected by giving in to similar deals. Most famously, he showed how many of them had water that was so dangerous, they could light it on fire when it flowed from their taps.

Gasland Part II picks up pretty much where the last one left off, starting from the original's coda about the BP oil spill in the Gulf of Mexico. The idea here is to reinforce the discoveries of Gasland and show how little has changed. Fox finds more families whose health has been affected and whose homes are threatened. The film even travels to Australia, where Queensland residents are suffering the exact same problem in areas near where fracking is occurring under Barack Obama and Hillary Clinton's efforts to expand natural gas mining on a global scale. Not much here is that new in terms of the anecdotal evidence. The most effective technique still works; this time a man lights the end of his garden hose like an Olympic torch.

Where Gasland Part II gets heavier, however, is in Fox's targeted attack on the gas industry's public relations campaign to discredit anti-fracking critics and pull the wool over the public's eyes. Using their own materials against them, and often juxtaposing smoking gun documents with their opposing public statements, Fox outlines a nefarious campaign to mislead the public, and connects it back to government collusion on the state and national levels. It's fairly infuriating when it's all laid out. Once again, as is often the case with such issues, even if you aren't concerned about the effects on the environment and your fellow human beings, there's plenty here about how these cold-blooded business practices will affect your wallet that should make you sit up and take notice. Forget the fact that supplies of clean water are continuously under threat, but consider how you aren't in ownership of the ground beneath your feet. If you're a homeowner, they pull a There Will Be Blood on you, sticking their straw into your yard from next door and drinking your milkshake all the way up.

Any tedium you might feel in watching Fox pore over this stuff again is only reflected in Fox's final statement in Gasland Part II. Though the movie ends on a rather dramatic scene featuring the filmmaker being arrested for trying to film Congressional hearings looking to censure the EPA for going against the company line, the feeling is one of defeat rather than a rallying cry. Same as it ever was, the big guys beat the little guys, and they're going to keep doing so until it's much too late to do anything about it. 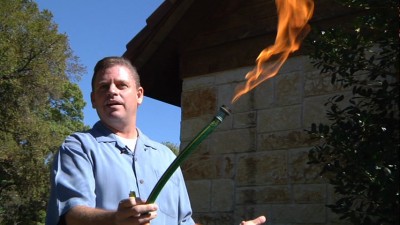 Video:
Shown in its original widescreen broadcast ratio, Gasland Part II is a decent looking disc, with a clear image and average resolution. Different source materials mean varying quality in how things basically look, but the core of what Fox has shot looks pretty good, with no pixilation, ghosting, or other digital issues.

Sound:
The soundtrack is mixed in Dolby 5.1, which may be kind of overkill. Most of the soundtrack is either field recording or narration, and so is, unsurprisingly, best served by being centered in the front speakers. That said, the audio is clear and expressive.

Extras:
Several sequences get extended cuts in the bonus features, including the trips to South Africa and Australia, and time spent with one family in Tioga County, PA.

There are also longer interviews with some of the members of Congress who granted Fox an interview.

FINAL THOUGHTS:
Recommended. Okay, so there are two things to weigh here. Gasland Part II, in a lot of ways, feels like the same old ground. Josh Fox's continuation of his Oscar-nominated documentary sells audiences on much of the same types of anecdotes that made his first film so infuriating and important. That doesn't make the information any less vital, it just makes the watching of the film a little less invigorating, we're travelling down a road it feels like we've travelled before. Where the scales tip, however, is in Fox's further examination of how deep the cover-ups go and the global expansion of these reckless practices. How many of these movies is Fox going to have to make before they become no longer necessary...or it's just plain too late? 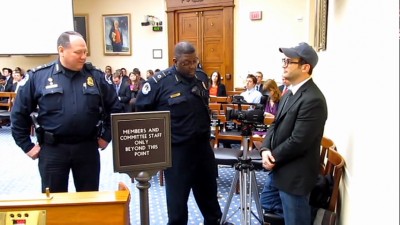