I Used To Be Darker 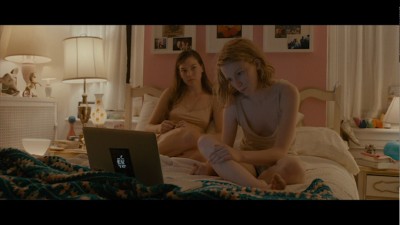 In I Used to Be Darker, a young Irish girl, Taryn (Deragh Campbell), travels to Baltimore unannounced to visit her American relatives. She is supposed to be on holiday in Wales, but instead has been working by the ocean on the East Coast of the U.S. where she has been partying. Her sudden departure from there was prompted by the discovery that she is pregnant.

Her timing is pretty terrible. Her aunt and uncle (musicians Kim Taylor and Ned Oldham) are splitting up. Kim is frustrated with Chris, who has stopped making music and settled into a normal life--albeit a successful one judging by their house. She's moving in with her band. When their daughter Abby (Hannah Gross) returns from New York, things lighten up for a bit, but there's lots of things the family has to face up to. Which they do. Kinda sorta.

I Used to Be Darker is directed by Matthew Porterfield (Putty Hill), who also co-wrote the script with first-time writer Amy Belk. There are a lot of first-timers getting a break here. Most of the cast have no resumes to speak of, not that you would know it from their performances. Porterfield provides a good space for them to work, and the main quartet click together naturally. Their interactions suggest a much deeper history with each other than is often evident in movies, highlighting a confidence in the writing. Relationships are conveyed through what is happening now, there is no need to indulge in lengthy explanations of what happened before. Cinematographer Jeremy Saulnier (director of the upcoming Blue Ruin, which is getting a lot of good buzz) stays out of the way, letting his camera observe rather than editorializing. I Used to Be Darker is extremely comfortable in its own skin.

Unfortunately, that comfort also means there is no sense of urgency to the drama. I Used to Be Darker is a journey lacking in a destination. Porterfield and Belk just let it run until they reach a passable stopping point, a place where the characters can pause and take a breath and start to feel good again. It's fine as such things go, it's certainly believable. It's not that I wanted some grandiose epiphany or a convenient intersection where everyone learned a valuable lesson, but it might have been nice to have some kind of resolution that gave the movie some purpose. Like its characters, I Used to Be Darker is a good movie that fails to figure out how to be better. 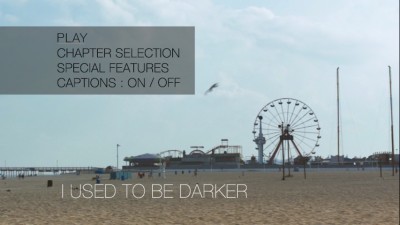 Video/Sound:
Strand has only sent along a preview disc with no packaging, so it's not clear if it reflects the final retail version. Picture quality appears fine, with well-handled colors and decent resolution. Audio is mixed in 5.1 and has good multi-speaker effects, in keeping with the movie's realistic atmosphere.

Extras:
Four deleted scenes, including an extended opening with Taryn at the beach, going to nearly 9 minutes and featuring more with Blue is the Warmest Color's Adele Exarchopoulos, who has a very small role, and another musical number, a jam with Oldham and his drummer leading into the song they play in the film.

The musically inclined stars of the film each have a live music video included: Kim Taylor performing one of her own songs, and Ned Oldham on stage with his band the Anomoanon.

An interview with Porterfield shot at the Melbourne Film Festival clocks at about 17 minutes and goes in depth on how he got into film and what lead to I Used to Be Darker.

Finally, we get the original theatrical trailer and also previews for other Strand Releases.

FINAL THOUGHTS:
Recommended. I Used to Be Darker is a solid effort, confidently written and acted with a potent naturalism. The story follows a family during a tough time: a splitting marriage, an angry daughter, and a cousin on the run, hiding from a difficult reality. There a lot of good stuff here. Co-writer and director Matt Porterfield has a keen eye for behavior, and he peppers his movie with lots of insightful moments. The only downside is they never really add up to a complete something. 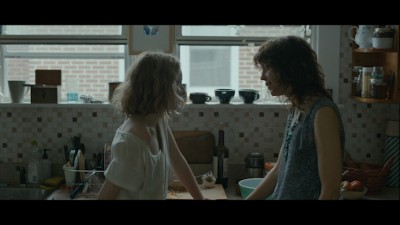