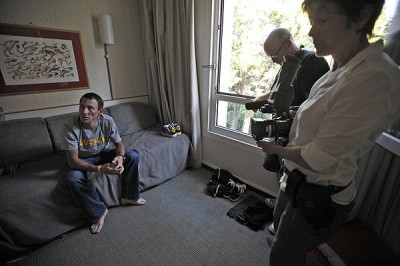 In 2009, acclaimed documentarian Alex Gibney (Enron: The Smartest Guys in the Room) began shooting a film about cyclist Lance Armstrong's decision to return to the Tour de France after a five-year retirement. The seven-time champion was hitting the road for a variety of reasons: to raise money for cancer research, to put to rest accusations that he had used performance enhancers to win previously, and simply to prove he could still ride.

It's the middle reason that proved most difficult. New evidence brought renewed charges, and Armstrong's own spotty performance only made people wonder what was different. Unable to see a way to resolve these problems, Gibney shelved his film, picking it back up earlier this year when Armstrong decided to come clean. The Armstrong Lie then became a film about unravelling a knotted truth. Gibney breaks down the barrier between filmmaker and subject, admitting to his own blindness in the glare of the Armstrong myth. It provides an additional layer in an already personal story. Armstrong's deception hurt a lot of people, and his vehement denials and vicious reprisals against those who dared challenge him hurt even more. 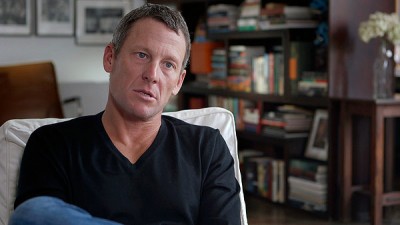 The Armstrong Lie works its way backwards, sifting though Armstrong's early history and battle with cancer to try to get at the source of the athlete's win-at-all-cost attitude. Former colleagues of the racer open up about what they knew and did, and Armstrong even makes some kind of effort to open up himself. He's a bit of an unreliable witness, as it were. As Gibney dredges up more and more examples of the cyclist's lies over the years, and we see how easily and convincingly he dismisses the truth, his new admissions ring increasingly hollow. Is this just another example of the master manipulator adapting to the times?

Whether or not you believe him, The Armstrong Lie raises interesting moral questions. As one of Armstrong's earliest teammates, a man he ultimately set out to ruin, explains it, there are the rules of the road and then there are The Rules. If we accept that at the time when Armstrong and his teammates were doping, everyone else was also doing it, then that might perhaps affect how harshly we judge them. What they did is still wrong, but so is speeding, and everyone breaks the speed limit. Armstrong himself still clings to this notion. His final defense is reminiscent of President George W. Bush's justifications: history will vindicate him.

Gibney is clearly fascinated by Armstrong, and seeks to get to the core of that fascination--what makes Armstong so charismatic and how he uses that to his advantage. Ultimately, it seems he invented himself as the hero he believed we wanted, and we maybe chose to believe in him, even against mounting evidence. The liar is only as good as those ready to hear his story. 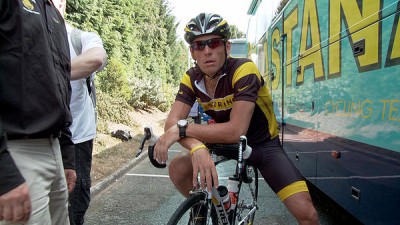