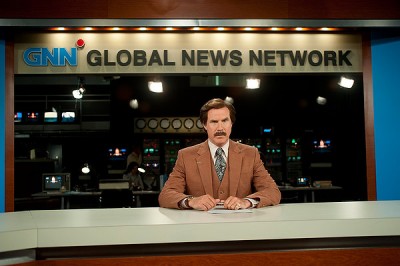 There are people out there who don't like Anchorman: The Legend of Ron Burgundy, and besides their distaste for Will Ferrell's signature comedic identity, they have one thing in common.

They are terrible, joyless human beings. Down to every last man, woman, and child.

I should know. I used to be one of them. The first time I saw Anchorman, back in 2004, I saw it by myself in a near-empty Cineplex. The handful of ticket buyers there for the mid-week matinee sat in silence, unwilling or unable to laugh, sour in our loneliness.

As Anchorman's reputation grew, it eventually came back around. I watched it again in a room full of friends, perhaps no greater in number than the first audience I shared the movie with, but that made all the difference. I joined a culture that night. I became as one with a legion. I regained laughter. 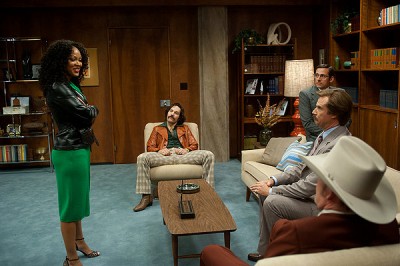 There is naturally much nervousness amongst Anchorman: The Legend of Ron Burgundy devotees surrounding Anchorman 2: The Legend Continues. Can what was once created in a vacuum be revived and recaptured after these many years? Has success spoiled Ron Burgundy? The death of comedy is often knowing how funny you are, where to expect the laughs, and thinking you know how to get them. Caddyshack 2, Blues Brothers 2000, or any other movie that airs regularly on VH-1 or AMC because those channels can't afford their successful predecessors being prime examples.

O, we of little faith.

Anchorman 2: The Legend Continues is a scorcher. No, it's not as good as the original, but maybe only by a small margin, having lost the edge of being unique. There are some familiar callbacks that still work, but they comfort rather than surprise. Director/co-writer Adam McKay lets the nominal plot of the thing run too long, but there's lots of chortles, guffaws, and belly-shakers to be had, and all involved should suffer no embarrassment in relation to the movie's revered legacy.

The core cast returns for the sequel, either for full roles or, in a few cases, cameos. The story picks up several years later. Ron Burgundy (Ferrell) and his wife Veronica Corningstone (Christina Applegate) are co-anchoring the news in New York. It's the mid-1980s, and so 24-hour cable news is on the horizon. Hoping to get with the times, Ron reforms his news team and moves over to GNN, the Global News Network, with Champ Kind (David Koechner), Brian Fantana (Paul Rudd), and weatherman Brick Tamland (Steve Carell). As they say, hilarity ensues.

To say much more would be pointless, what happens is secondary to how it happens and what kind of gag Ferrell and his crew can wring out of it. As expected, Ron is verbose and idiotic, and much of what goes down is absurd. New members join the ensemble. James Marsden (Cyclops in the X-Men movies) is Ron's rival at GNN, and Kristen Wiig plays a love interest for Brick. Carell noticeably gets more screen time, and his scenes with Wiig are strange and sweet. 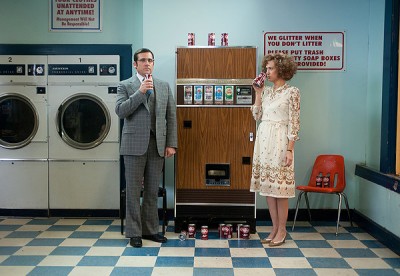 Anchorman 2: The Legend Continues takes plenty of left turns, through much of where it goes allows for a similar failure/redemption arc as the original. (It wouldn't be a Will Ferrell movie if the main character wasn't a blowhard who fails to live up to his own opinion of himself.) McKay does allow for more surreal indulgences than previously, but then, it's also the '80s, when everything was bigger and more exaggerated. Some of it is risky. The movie even has a running bit about a shark, presumably courting accusations that they've jumped one. Those accusations would be unfounded. The majority of Anchorman 2 delivers laughs of proportional size to the decade it lampoons.

Again, it's not perfect. Some familiar references feel a little shoehorned in, and the two-hour running time can feel a bit excessive. (Sit through the end credits, by the way, if you want one last chuckle.) Even so, if you're looking to have a party at the cinema this holiday season and avoid the more serious Oscar-contenders and critic bait, Anchorman 2: The Legend Continues is definitely the way to go.

Or you can stay at home and be terrible. Just like you deserve. 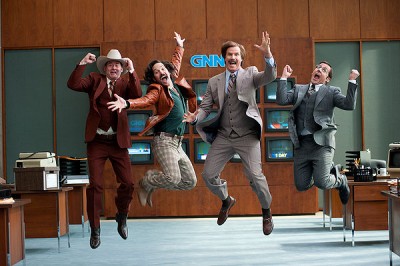