Schooled: The Price of College Sports 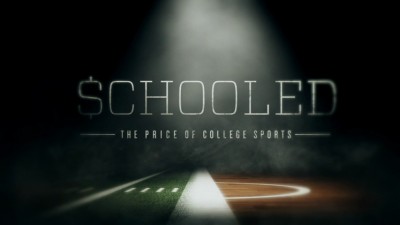 
The Movie
I have been employed, in some way or another, in NCAA Division I athletics for almost 20 years at this point. Though I've never been directly involved with the student-athletes, I've been in and around this world enough to know a bit about it, but thankfully it's been on the mid-major level. I can't imagine what it's like at a big-time sports college, with all the pressure and money involved. Not that I ever would want to. I find the entire world of big-time college football and men's basketball repellent, for so many reasons, but mainly because of the cult-like atmosphere they engender. As such, I am certainly a part of the choir that Schooled is preaching to.

A documentary with a definite agenda (and an outstanding narrator in Sam Rockwell) the film seems to set out to explain why the NCAA is an awful, hypocritical and often evil organization that takes in billions of dollars each year, giving back, in the form of scholarships (and room and board,) a fraction to the workforce it couldn't exist without. While the organization (and the schools, administrators and coaches that make it up) make serious money in an industry that usually looks the other way as they break the rules, in favor of institutional reviews, they put limitations on the players and then punish them, often arbitrarily. Though it's pointed out that if a young man wants to be a pro athlete in basketball or football, they have no real chance to do so without an indenture servitude in the NCAA, all the while, the NCAA claims its actions are in the best interest of the game and the student-athletes. 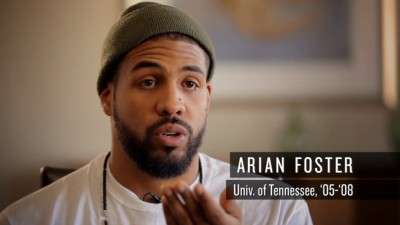 It's hard to believe that line when you hear from athletes like NFLer Arian Foster, former college football player Devin Ramsay and paralyzed ex-player Kent Waldrep, all of whom were failed by the NCAA in some way or another. It just gets even harder when the words of NCAA leaders and school administrators serve to only abuse them further, as they use a simple turn of phrase to deny responsibility to the humans they use to make money. When experts like Frank DeFord, Bob Costas, Jay Bilas, and Taylor Branch lay out the case against the NCAA's control over so-called student-athletes, it basically becomes gospel. If you come away from this film feeling good about the NCAA, you probably weren't paying attention.

Though the movie is very economical in making its argument and does so effectively, utilizing a mix of interviews, archival footage and quality animation, it is a bit limited in its scope (largely on purpose, as somewhat stated in the beginning of the film.) There is no real discussion about women's sports and Title IX, the existence of which is often paid for by revenue sports like men's basketball and football, nor is the wider world of college sports, particularly the olympic sports, approached in any depth, though the film does a fine job of comparing the ideal of amateurism in college and in the Olympics. These omissions don't take away from the message, as the key focus is the rights of players in the NCAA's two biggest moneymakers, but there was the opportunity to make for a more well-rounded exploration of college sports. 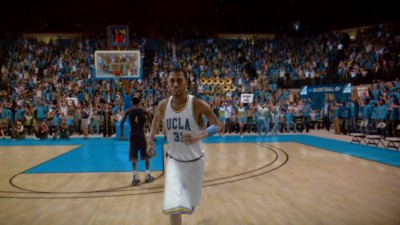 The Disc
We received a screener, so we don't know what the packaging is like, but the disc features a static anamorphic widescreen menu with options to play the film, select scenes and check out the extras. There are no audio options or subtitles, but closed captioning is included.

The Quality
Though the archival footage used throughout this film varies from old and grainy to present-day brilliance, the new footage shot for the documentary looks great, with appropriate color, a nice level of fine detail and no noticeable issues with digital distractions. Overall, it's a fine-looking film.

The film is presented with a Dolby Digital 5.1 track, but it's a surprisingly empty track, with audio only heard in the front side speakers. That audio is clean and center-balanced, with no issues with distortion and good separation between the dialogue and music, but it's really just a 2.0 track. That's all it really needed though.

The Extras
The only extras are a few trailers from other releases. 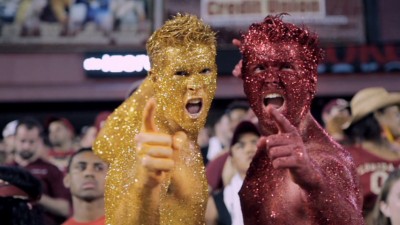 The Bottom Line
Though nothing Schooled is shockingly eyeopening to anyone with a cursory knowledge of the NCAA, the personal and professional point of views it gives time to are important and for those unaware, it's a rather efficient education on all that's wrong with big-time college athletics. The disc looks and sounds solid, but there are no extras, so the movie is all you're getting.