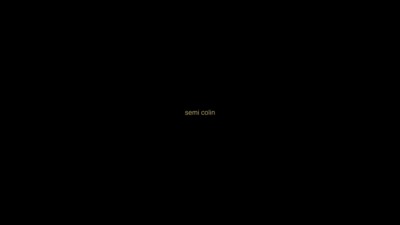 
The Movie
This documentary lets us into the world of elderly British comic artist Colin Murray. You're entirely forgiven if you are not familiar with his work (a condition I share.) With just three published works to his name and a library of illustrations that have never been publicly displayed, Murray is far from a household name. His general anonymity is certainly not a result of the quality of his work, as his illustrations, from the brief glimpses in this film and online, are nicely detailed and sumptuously painted, often coming off as a blend of Brian Bolland and Gil Elvgen. What's kept him on the fringes has been his subject matter, as he writes and draws hardcore erotica featuring buxom women and supernaturally endowed men, a genre that doesn't often lend itself to mainstream awareness or success. It certainly doesn't get documentary coverage, but Australian documentarian Damien Lay found something of interest in Murray's tale.

Semi Colin will be a challenge for many viewers. Over the course of the film's 75 minutes, not much of anything happens. We get to watch Murray sleep, smoke, drink, bathe, talk and, most importantly, create his illustrations. But for much of the movie, we simply watch and listen to Murray discuss a variety of elements from his life, from his youth to his schoolwork to his interest in drawing women. For the first 10 minutes of the movie, we watch Murray sleep, while at points he's just sitting in a chair pulling on a cigarette as the voice-over plays. Though his story has its interesting bits and pieces, it's easy to get lost in the presentation, which, though well-crafted, is often quite slow-moving. 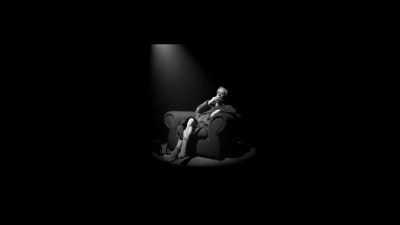 The whole point of the film, as far as I can tell, is to utilize Murray's beautiful hardcore illustrations as the focal point in the argument over the definition of pornography. In watching him draw, color and paint his work, there's no doubt that he is an artist at work, showing a deft hand in creating these voluptuous nude women, especially in his more beautiful pin-up work. But as the more explicit aspects of his graphic novels are revealed, one can start to argue that his depictions of bodily fluids and sexual congress could be considered pornographic. After reading a few of the books, it becomes quite clear that the plot are far from engaging, often simply existing to connect sexual scenes, not unlike the videos that are readily labeled as porn. The thing is, the images are works of art (even if his faces aren't always that impressive.) Murray offers his own thoughts on the matter as his images are displayed.

In the end, the film is more about Murray than his work or the issue of porn versus art, exploring the way he's kept this part of his life separate from the rest of his public persona, the loneliness he's experienced, his connection to his creations and the obsessive approach he takes to his art, which is best shown by watching him methodically craft some illustrations. Often taking the role of the passive observer, the film is deliberate in the way it lets Murray show his approach. Whether you're willing to go along for the slow ride is a matter of personal taste. 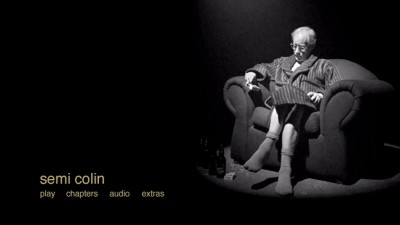 The DVD
This film arrives on one DVD, which is packed in a standard-width keepcase. The DVD features a static, anamorphic widescreen menu with options to play the film, select chapters, adjust languages and check out the extras. There are no audio options or subtitles, but closed captioning is available.

The Quality
The film is presented, interestingly, in an anamorphic widescreen transfer with a 3:1 aspect ratio. The super-wide image makes the documentary subject more cinematic, working with Lay's artistic vision to create a unique look for a documentary. The image is clean and crisp, but with such a tight viewport and an intimate setting, the results don't let you enjoy the illustrations as much as you might otherwise. Despite that, Lay shoots everything with style, so even when there's not much happening, it still looks dramatic. The image quality is good, with appropriate color and a nice level of fine detail (showing off the brushstrokes in Murray's art), while digital distractions are not a noticeable issue.

The Dolby Digital 2.0 audio track delivers the show's audio in fine shape, balancing out Murray's voice and the score. Everything sounds good, especially the score, which is remarkably good, carrying the feel of the film throughout. There are no issues with distortion in the track.

The Extras
The main extra is an audio commentary by the director, a track that is one of the more disappointing to come down the pike. The first issue is the sound, as the heavily-accented Lay is hard to understand, thanks to a mix that keeps the film's audio too loud and a recording that's a touch muffled. The other issue is the lack of Lay, as he's rarely present, popping in with a comment every now and then. talking about how he met Murray, the importance of the interview to a documentary and what it was like filming Murray as he created. There's just so little to the commentary that it's not really worth the time it takes to sit through.

The other extra is a 4:03 montage of Murray's art. It's similar to a montage in the film, just in a taller aspect ratio, tremendously slowed down and focused solely on the images. That it lets you appreciate the art more makes it a valuable addition to the film. 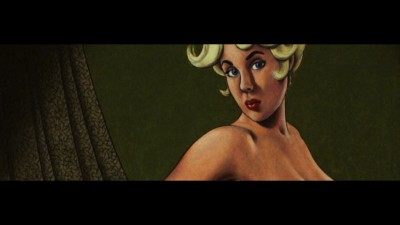