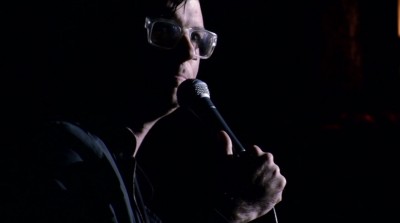 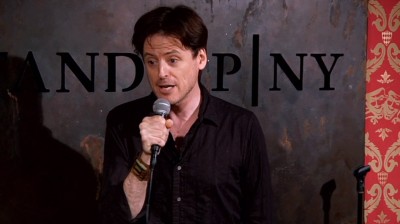 Stand-up comedy is in pretty good shape these days. While it is not as omnipresent in pop culture as it was in the 1980s, stand-up remains a significant source of entertainment for millions, thanks in large part to Comedy Central specials and also recently to the explosion of comedian-centered podcasts. But, for some folks, the idea of someone just talking doesn't seem like it would be enough to keep audiences entertained. Unfortunately, some of these folks are the filmmakers behind the comic documentary The Coexist Comedy Tour. Instead of just being a stand-up showcase and letting the performers' work speak for itself, the makers of The Coexist Comedy Tour feel the need to make their stand-up film be "about" something.

You see, the hook is that it's a religiously diverse comedy show, performed by a Buddhist, a Hindu, a Muslim, an Atheist, a Jew, and a Christian. Somehow, this is supposed to illustrate an atmosphere of understanding and dialogue between the religious idealogies, using the language of humor. In theory that's lofty and potentially interesting but, in practice, even the best comics in the show seem to rely on the cultural stereotypes of religion for their bits. Moshe Kasher -- for my money, the laugh-out-loud funniest of the six comics featured -- has a chunk about Bernie Madoff's hook nose. Meanwhile, Tappan Trivedi delineates his people (Hindus) from Muslims like this: "...They don't eat pork; we don't eat beef. They're associated with 9-11; we're associated with 7-11." So as far as this whole cultural diversity angle is concerned, the film seems to implicitly be saying that, no matter your religious background, people should be free to exploit a hacky premise.

Then, if that isn't enough, director Larry Brand (normally a writer and director of low-budget and straight-to-video horror movies) and his producers put themselves in the movie. You see, after they shot the Coexist Comedy concert in Sacramento for the film, the Christian comic dropped out and decided not to be a part of it. So the filmmakers had to find a replacement Christian comic to stick into their film. Their search for this replacement becomes the "plot" of what would otherwise be an acceptably plotless comedy special. Instead we get interstitial montages that play like a kind of stand-up American Idol, where the filmmakers hold auditions for their open slot and hilarity -- intended or unintended -- ensues. Many of these comics aren't half-bad, so these moments are less annoying than they could have been. Unfortunately, as someone who bothered to look at the box of the movie he was watching, I knew all along that they eventually get John Fugelsang, formerly of VH1 and America's Funniest Home Videos, to take the Christian comic spot. (And he's not even one of the comics who bothered to audition.) So this whole attempt at creating dramatic tension in the movie plays out like a lot of fruitless wheel-spinning.

As far as the performances go, they're expectedly hit-and-miss. As I said before, Kasher, with his manic, angry energy and barrage of F bombs, is the most explosively funny comic featured, with Fugelsang nearly matching him. Fugelsang's punchlines aren't quite as sharp, but he has a crazed, intense energy that makes him magnetic. His bit contrasting a Jewish mother's guilt with a Catholic mother's guilt is a brilliant execution of what, at first, seems like a musty premise. These two are the show closers for good reason; they easily have the strongest material. As the opener, Sammy Obeid is a charming presence, but his jokes don't quite land. After watching portions of his act that were cut from the film (see below), it seems like he was mostly a victim of the concept, unable to come up with enough solid, polished bits that shoehorned in Buddhism to the filmmakers' liking. Like Obeid, Tissa Hami (the Muslim comic) has a really appealing presence that made me wish she had some (even just slightly) sharper material. For her finale, she does a parody of Adam Sandler's "The Chanukkah Song" with lyrics about Ramadan. It's a cute bit, but one that coasts too much on laughs already earned twenty years ago by another comic.

The two comics who conceived of the six-religions tour, Tappan Trivedi and Keith Lowell Jensen, both come off the worst, probably because they seem to be most devoted to the "religion = comedy" main idea. Jensen, in particular, does no favors for Atheists, coming off like an elitist with a series of stock criticisms of the world's major religions. And Trivedi presents himself almost like an Indian Yakov Smirnoff, satisfied to just underline the cultural differences between Indians and mainstream Americans, hoping that doing that will sort of feel like a punchline. 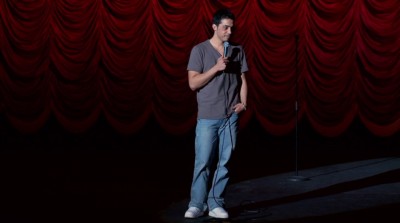 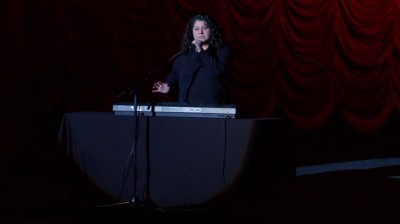 The Video & Audio:
The 1.77:1 widescreen image comes from a mix of DV cameras. The footage of the main stand-up performances is perfectly acceptable, but has nowhere near the clarity and quality of the recent stand-up specials that have been coming out by Aziz Ansari, Louis C.K., Marc Maron and the like. Similarly, the audio is perfectly acceptable in Dolby 5.1 Surround and Dolby 2.0 Stereo (no subtitles). The difference is that the 5.1 track puts the audience laughter and applause into the surround channels, but that's about it. You don't really need surround sound for a stand-up special, do you?

Final Thoughts:
A hit-and-miss stand-up collection, with great sets by Moshe Kasher (who does a lot of this material on his albums and Netflix special) and John Fugelsang, plus quite good sets by Sammy Obeid and Tissa Hami. Most of the comics seem to struggle to come up with decent jokes relevant to the theme of the show, and maybe it would have just been better to let them all do whatever material felt good to them. Then again, comedy is subjective and maybe this concept show will strike a chord with some folks. I make no guarantees, so you might as well Rent It. 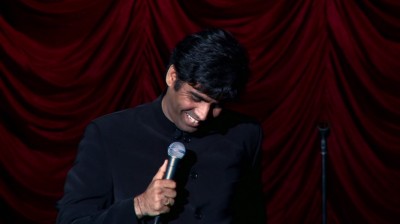 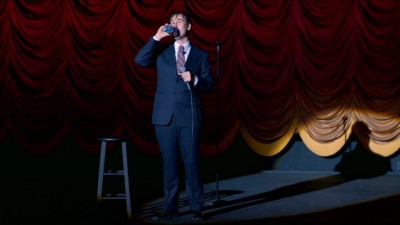