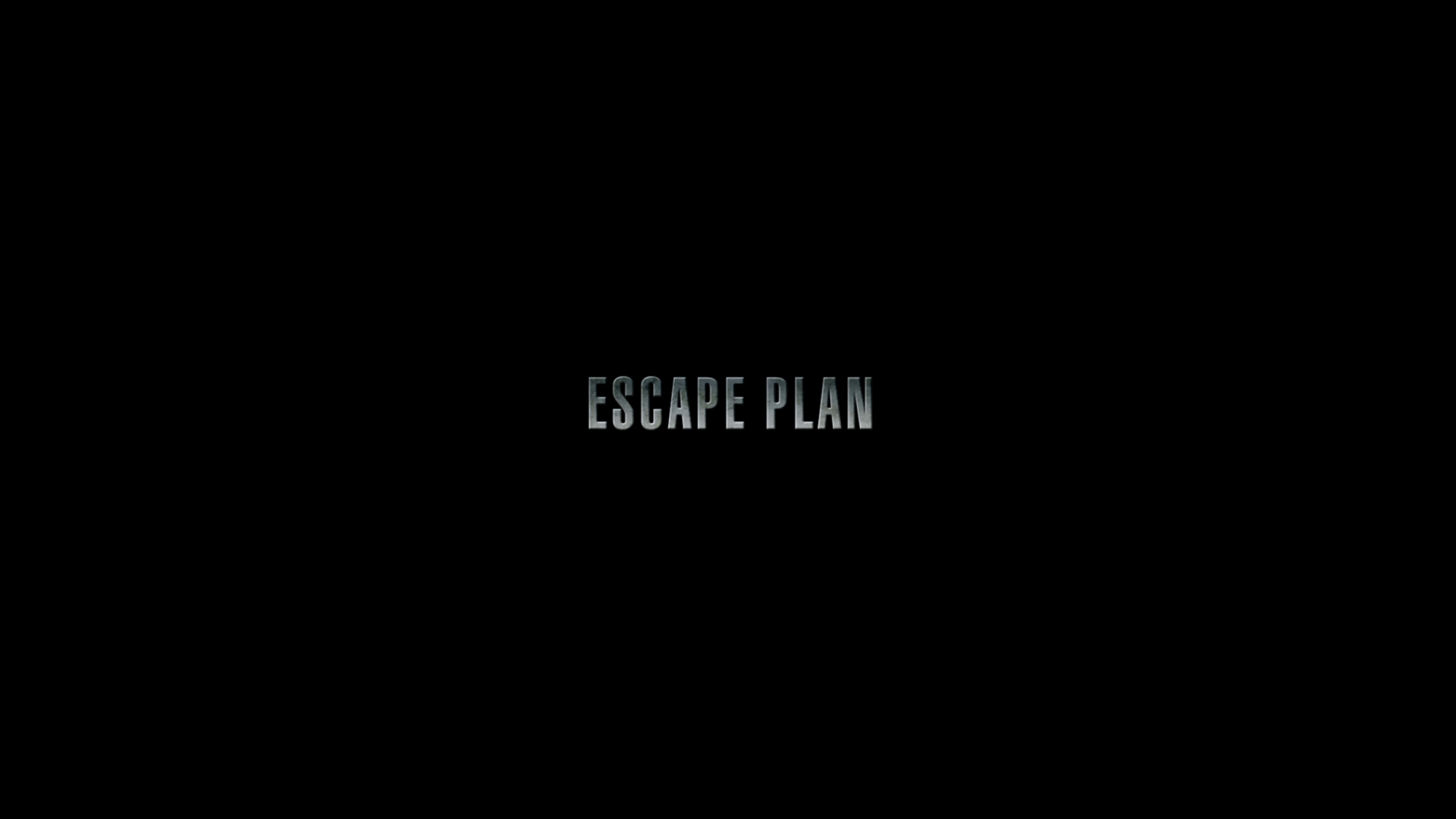 A film about Arnold Schwarzenegger and Sylvester Stallone escaping a maximum-security prison together is either going to be something you want to see or it isn't. Escape Plan slid under the radar last fall and seemed like the icing on a particularly bad year for the indestructible duo following their individual bombs The Last Stand and Bullet to the Head. I liked the latter of those films, and Escape Plan is a notch above Bullet in quality and entertainment value. Swedish director Mikael Hafstrom (1408) adds a touch of class to what is basically an ‘80s action film, and both Schwarzenegger and Stallone appear to be having fun. Escape Plan could stand to lose a few of its 115 minutes, but Hafstrom keeps the action moving at a decent clip. The supporting cast is stacked with great actors in small roles, including Jim Caviezel, Vinnie Jones, Amy Ryan, Vincent D'Onofrio and Sam Neill, and Escape Plan is just pulpy enough to excuse its rehashed, red herring-laced narrative.

Former prosecutor (hah!) Ray Breslin (Stallone) makes a living breaking out of maximum-security prisons and exposing any weaknesses in the buildings and operations. The CIA offers him a lucrative, hush-hush assignment to break out of a top-secret government prison, and Breslin takes the job against his better judgment. Breslin stages a mock arrest that veers off the rails when his captors destroy a hidden communications link to Breslin's associates (Ryan and Curtis "50 Cent" Jackson). He awakens in a glass cell inside a windowless super-max prison, where warden Willard Hobbes (Caviezel) informs him that he will stay for the rest of his life. As planned, Breslin stages a fight and ends up in solitary, where he studies the prison structure. He befriends fellow inmates Javed (Faran Tahir) and Emil Rottmayer (Schwarzenegger) and begins planning his escape. 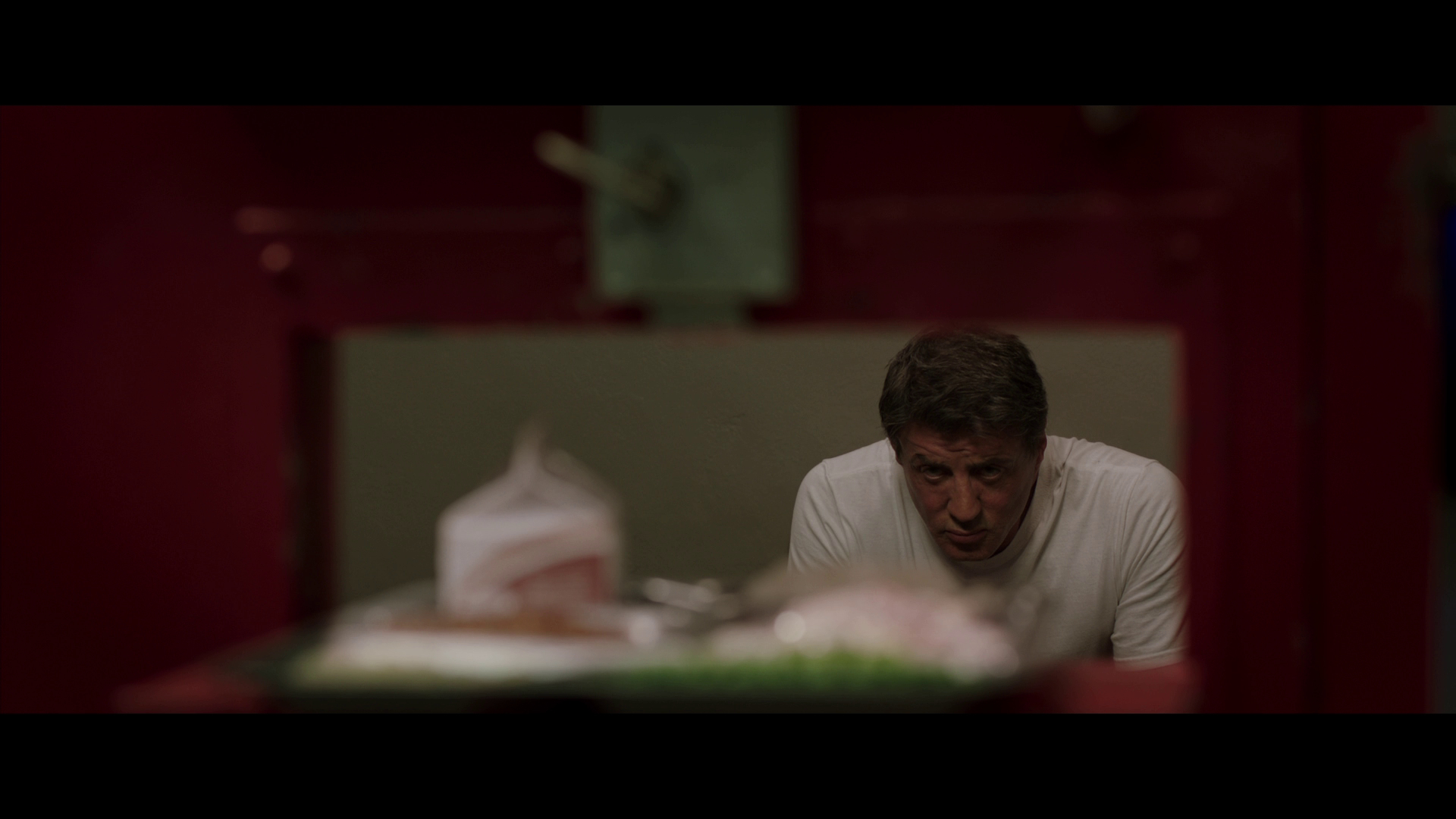 I can't say I was particularly surprised by the narrative's twists and turns, as the film practically labels its characters "Villain" or "Hero" in neon lights. Nevertheless, there is plenty of entertainment to be had watching Stallone, who has the most screen time, work his magic inside the prison. Breslin has done this for years and is quite infamous for breaking down procedures and seemingly inescapable security systems, much to the chagrin of those who paid big bucks to put them in place. He quickly notices seams around his mysterious cage, but must rely on Javed and Emil to move his jailbreak plans forward. The interior of the prison is nicely realized, and is a combination of sleek glass lines and futuristic S.W.A.T. gear. The film doesn't linger on the surrounding prisoners and instead follows its leads as they encounter sadistic guards (Jones) and helpful physicians (Neill).

Stallone has come closer to being a serious dramatic actor than Schwarzenegger, but Escape Plan isn't particularly taxing material for the pair. Stallone brings his easygoing, tough-guy charm, and Schwarzenegger fires up his ass-kicking swagger, complete with turns in his native Austrian accent. Unlike The Last Stand and Bullet to the Head, which desperately tried to recreate the actors' successful ‘80s action films, Escape Plan is inconspicuous about its aims. The film is content to simply recreate the charms of those movies instead of desperately mimicking them. The film earns its R rating, but the violence is downright subtle compared to the exploits of John Rambo or the Terminator. 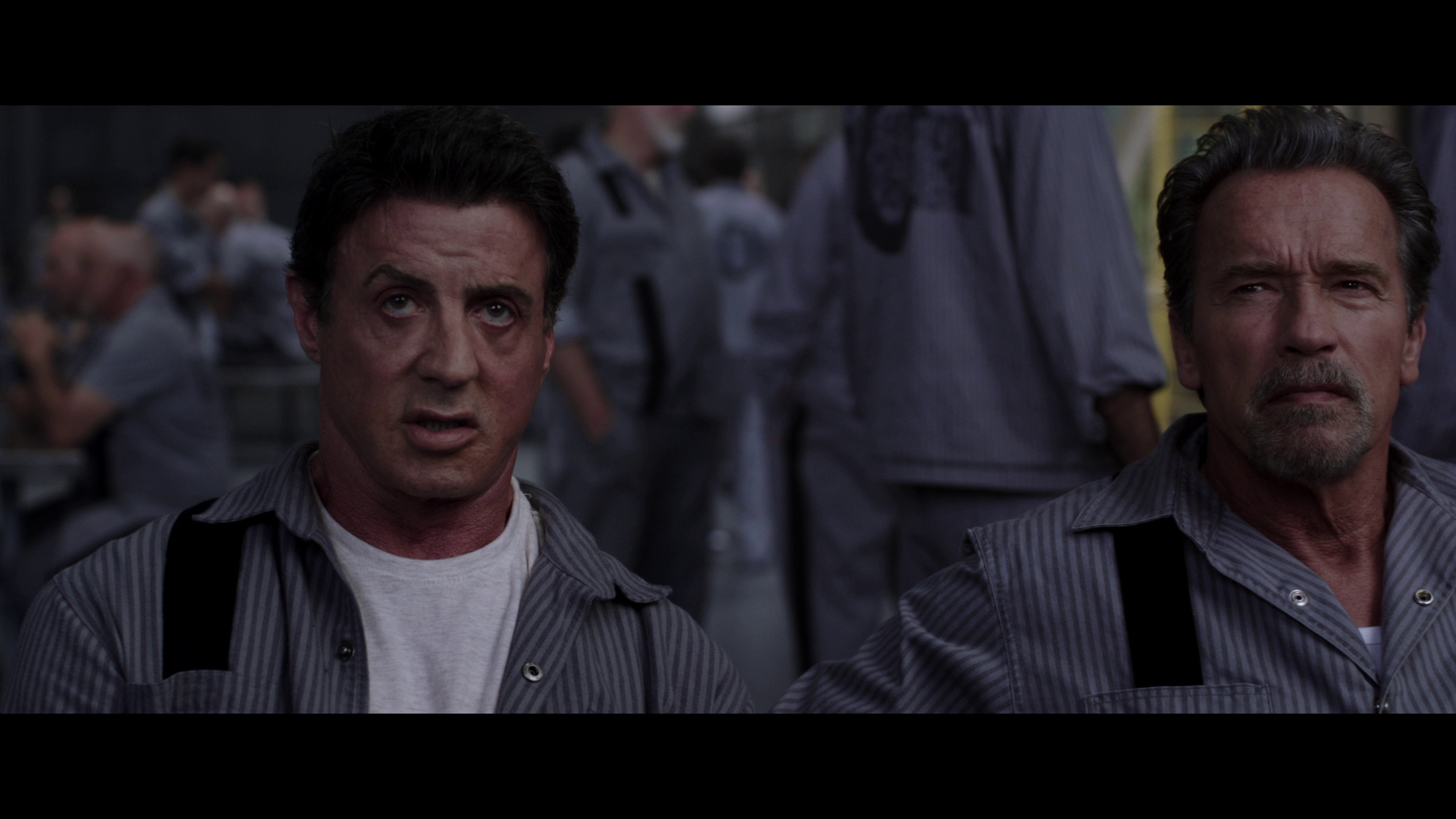 Hafstrom, who proves adept at filming in tight quarters, takes the material a bit too seriously at times. The concept of Breslin's career is pretty ridiculous, and a late-game reveal only makes sense because the movie says it does. The big action pieces are fairly generic, but Stallone and Schwarzenegger sell the man-to-man combat. Schwarzenegger's character is used as comic relief, and the actor clearly enjoys hamming it up to scam his captors. The supporting cast does thankless work, but it's always nice to see familiar faces in modest roles. Escape Plan never threatens to recreate Stallone and Schwarzenegger's glory days, but it's a definite improvement over their recent films. It's hard to fault the working men.

Summit gives Escape Plan a nice 2.40:1/1080p/AVC-encoded transfer that displays pleasing depth and high-definition detail. The color scheme is somewhat subdued and blue, but everything is nicely saturated. Black levels are good, and detail is strong in the prevailing shadows. There is good texture within the prison walls and outside in the free world, and I noticed no issues with digital noise or noise reduction.

The soundtrack comes as a boisterous 7.1 DTS-HD Master Audio mix, which uses the surround field well for both action effects and subtle ambient cues. Dialogue is perfectly presented from whatever direction it is delivered, and is balanced well amid the effects and score. Jailhouse chatter surrounds the viewer and bones crack with the help of the subwoofer. A 2.0 English Dolby Digital mix "optimized for late night listening" is also included, as are an English descriptive track and Spanish 5.1 Dolby Digital track. Subtitles options include English, English SDH and Spanish. 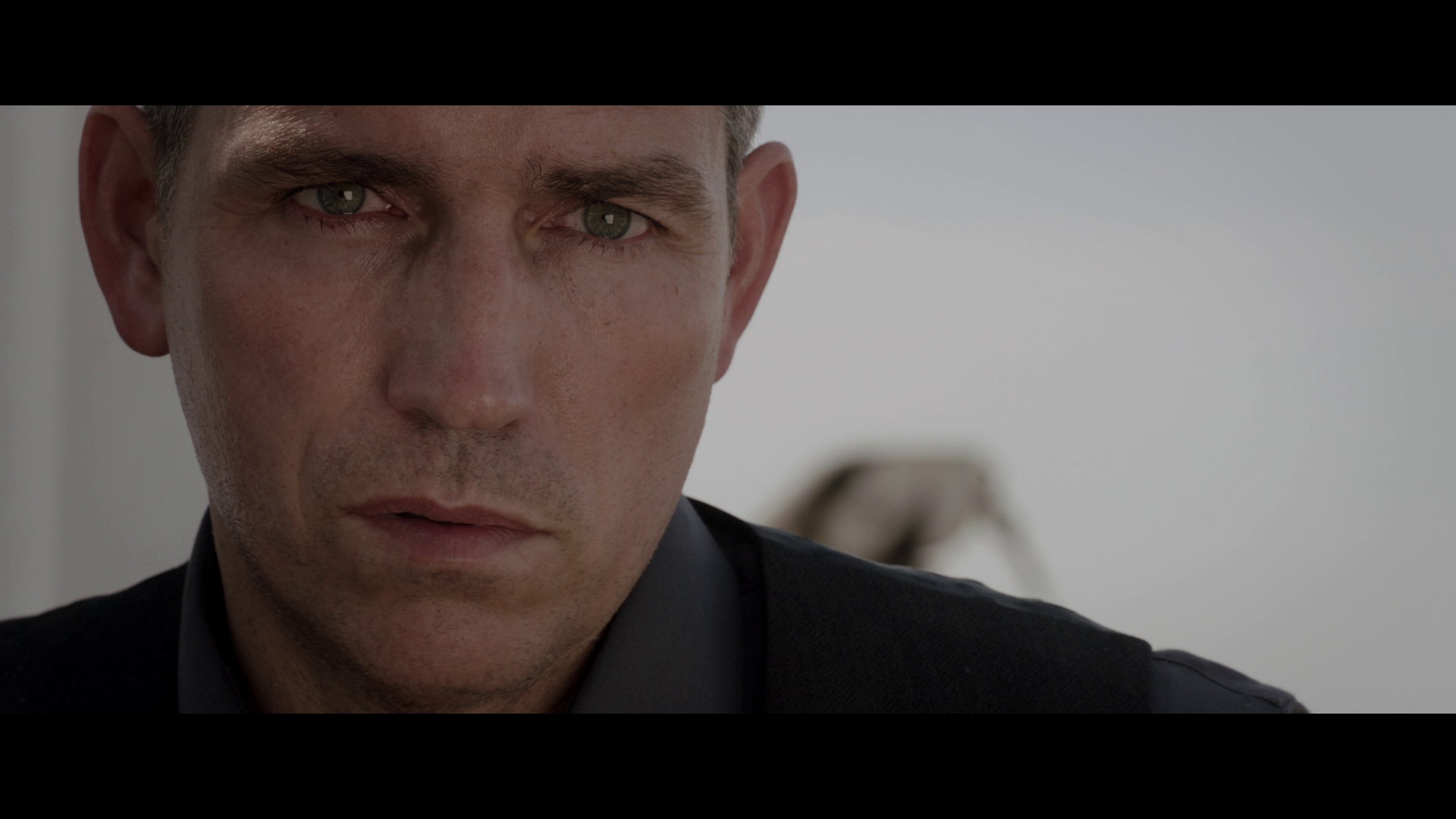 This two-disc "combo pack" includes the Blu-ray, a DVD copy of the film and both iTunes and UltraViolet HD digital copies. The discs are packed in a Blu-ray eco-case that is wrapped in a matching slipcover. A nice assortment of extras is included: The Audio Commentary from Director Mikael Hafstrom and Co-Writer Miles Chapmen is not especially memorable, but Executing the Plan: The Making of Escape Plan (22:13/HD) is a decently thorough production diary. I quite enjoyed Maximum Security: The Real-Life Tomb (21:57/HD), which provides a broad overview of the United States prison system and includes interviews with law enforcement officers, wardens and architects. You also get Clash of the Titans (15:34/HD), about Schwarzenegger and Stallone, and some Deleted Scenes (8:13/HD).

Like I said before, you either want to see Sylvester Stallone and Arnold Schwarzenegger team up and bust out of a maximum-security prison or you don't. Escape Plan is a predictable but decently entertaining vehicle for the action legends, and director Mikael Hafstrom classes up the proceedings with a steady hand and keen eye for framing and staging scenes in tight quarters. Summit's Blu-ray features great picture and sound quality, as well as a number of worthwhile extras. Recommended for the properly initiated. 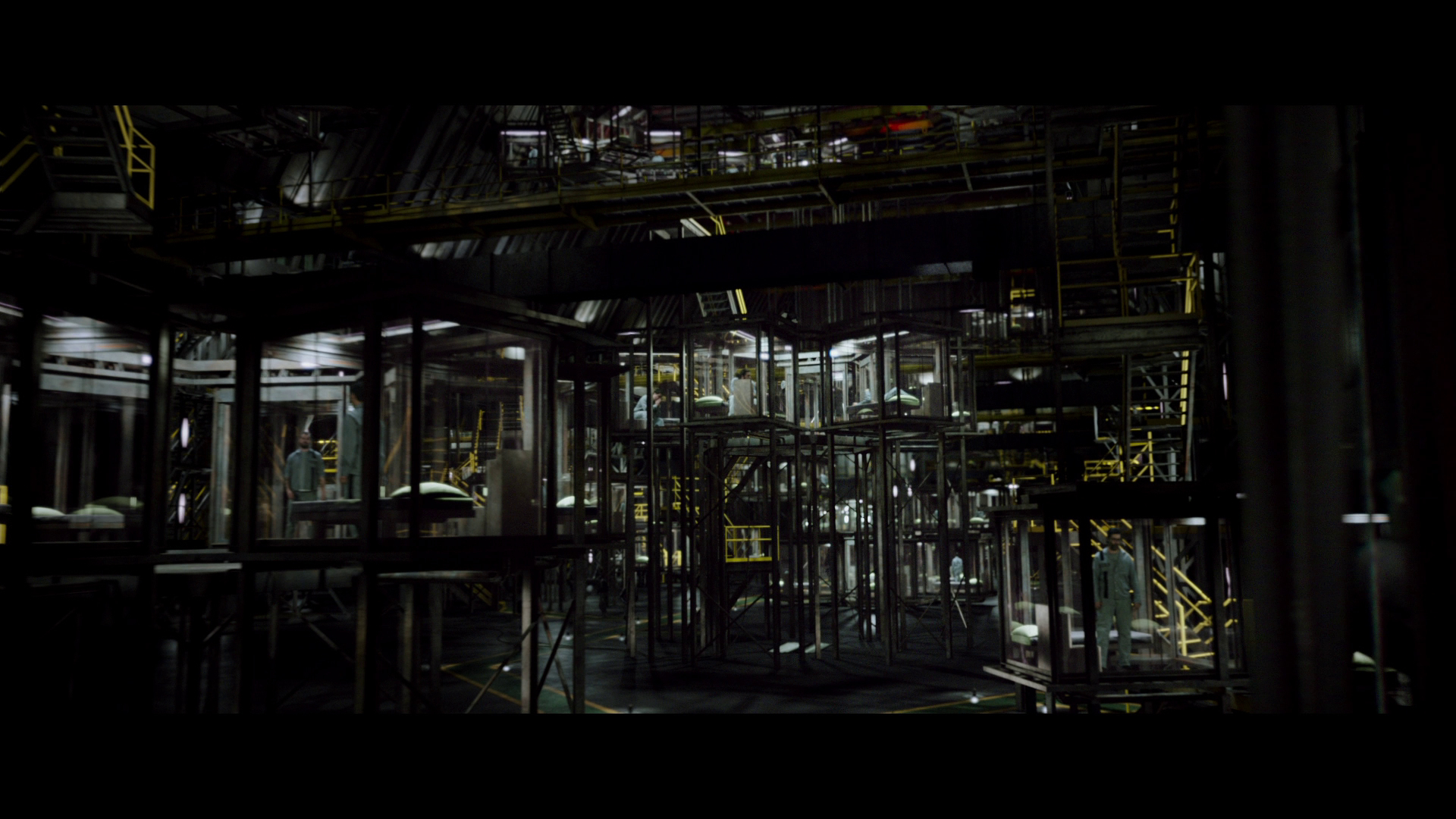 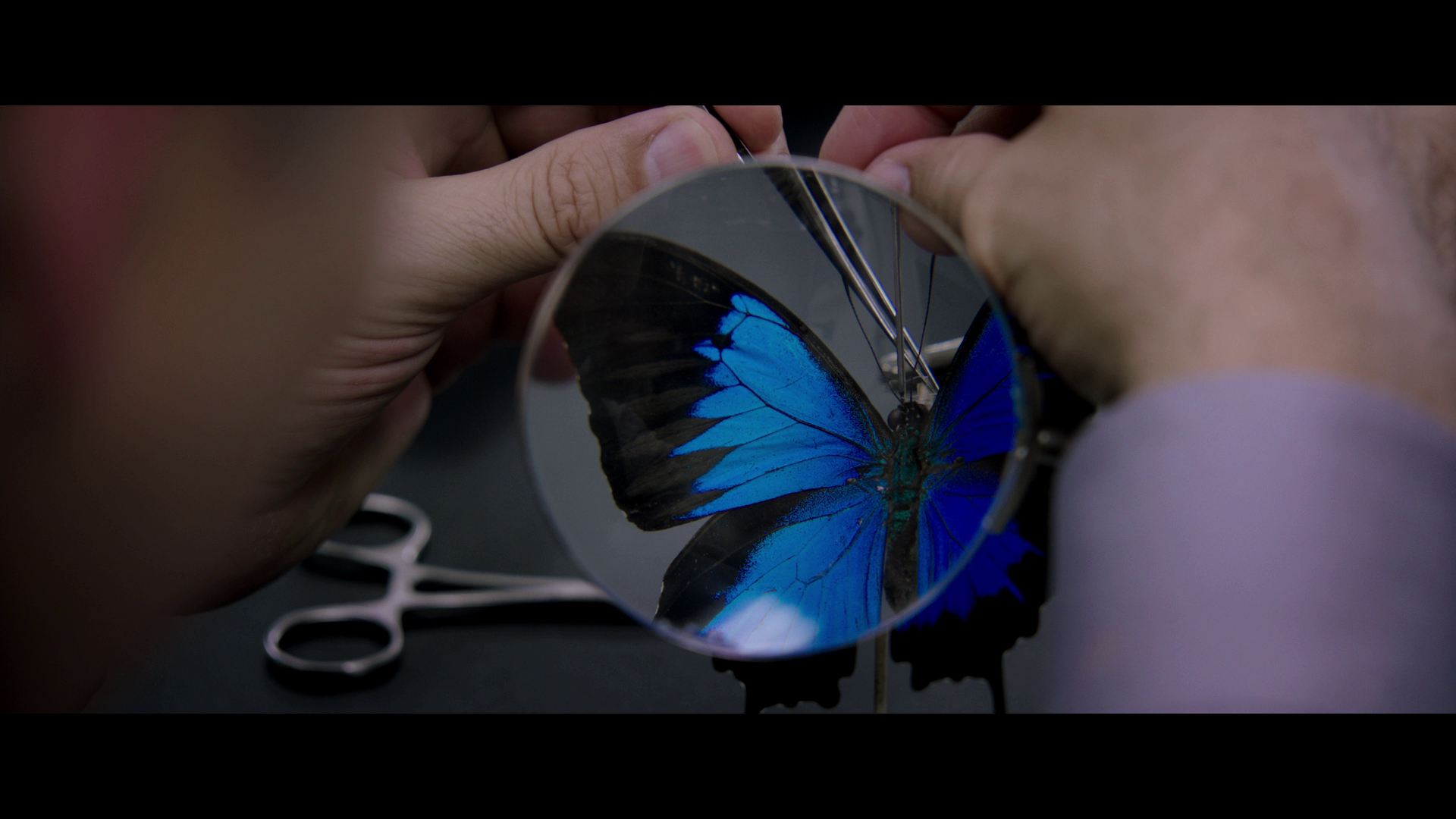 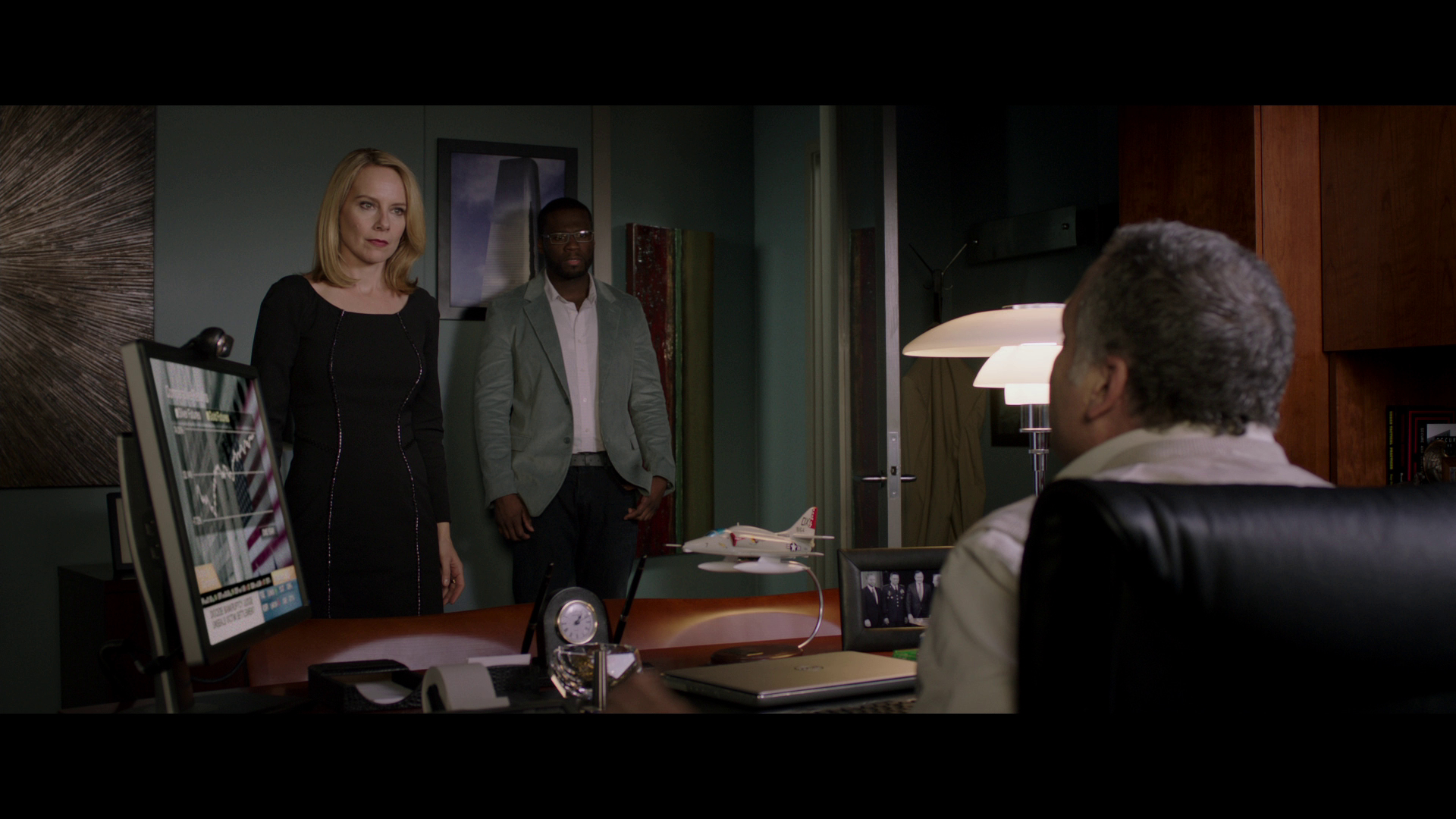 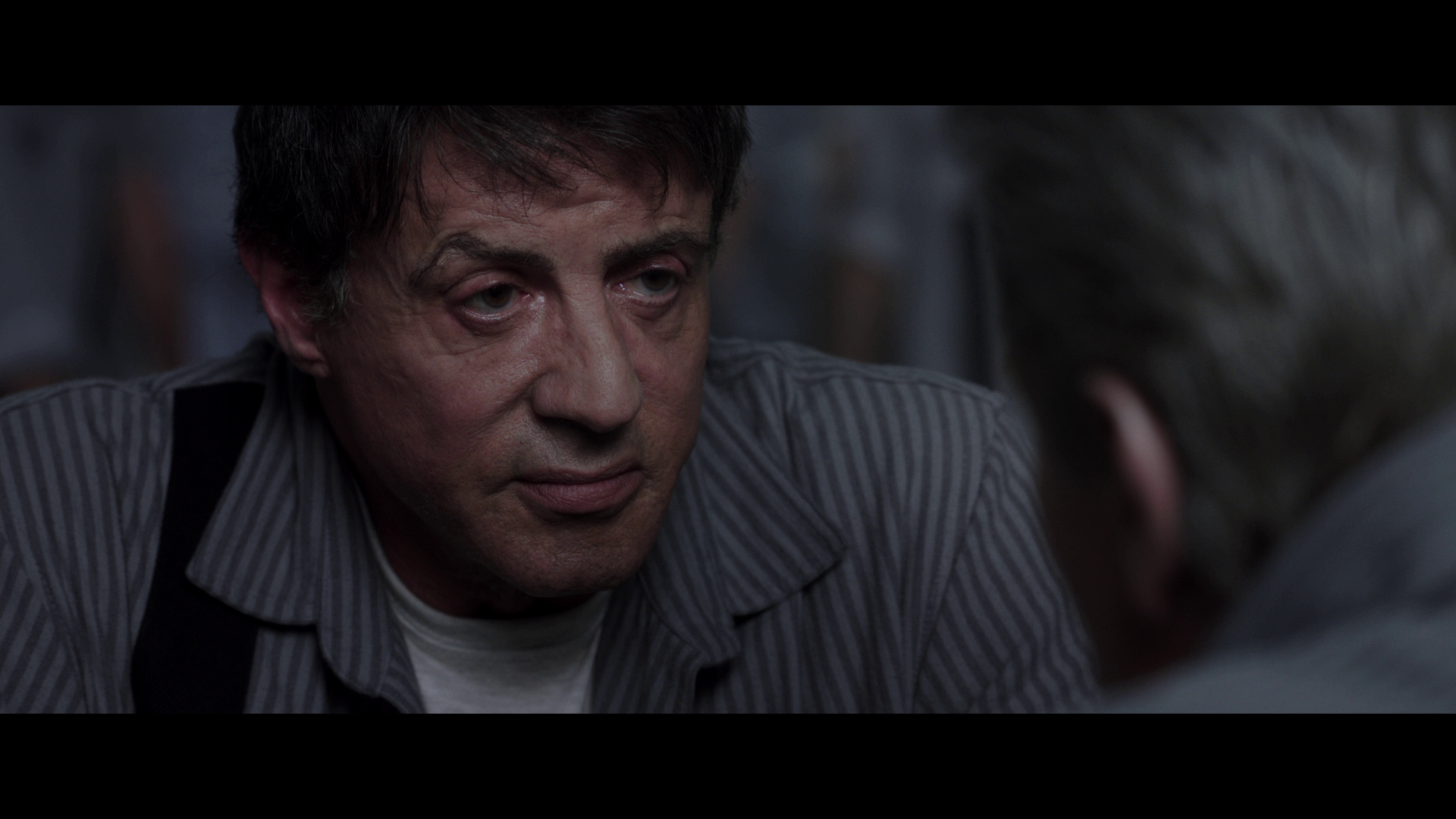 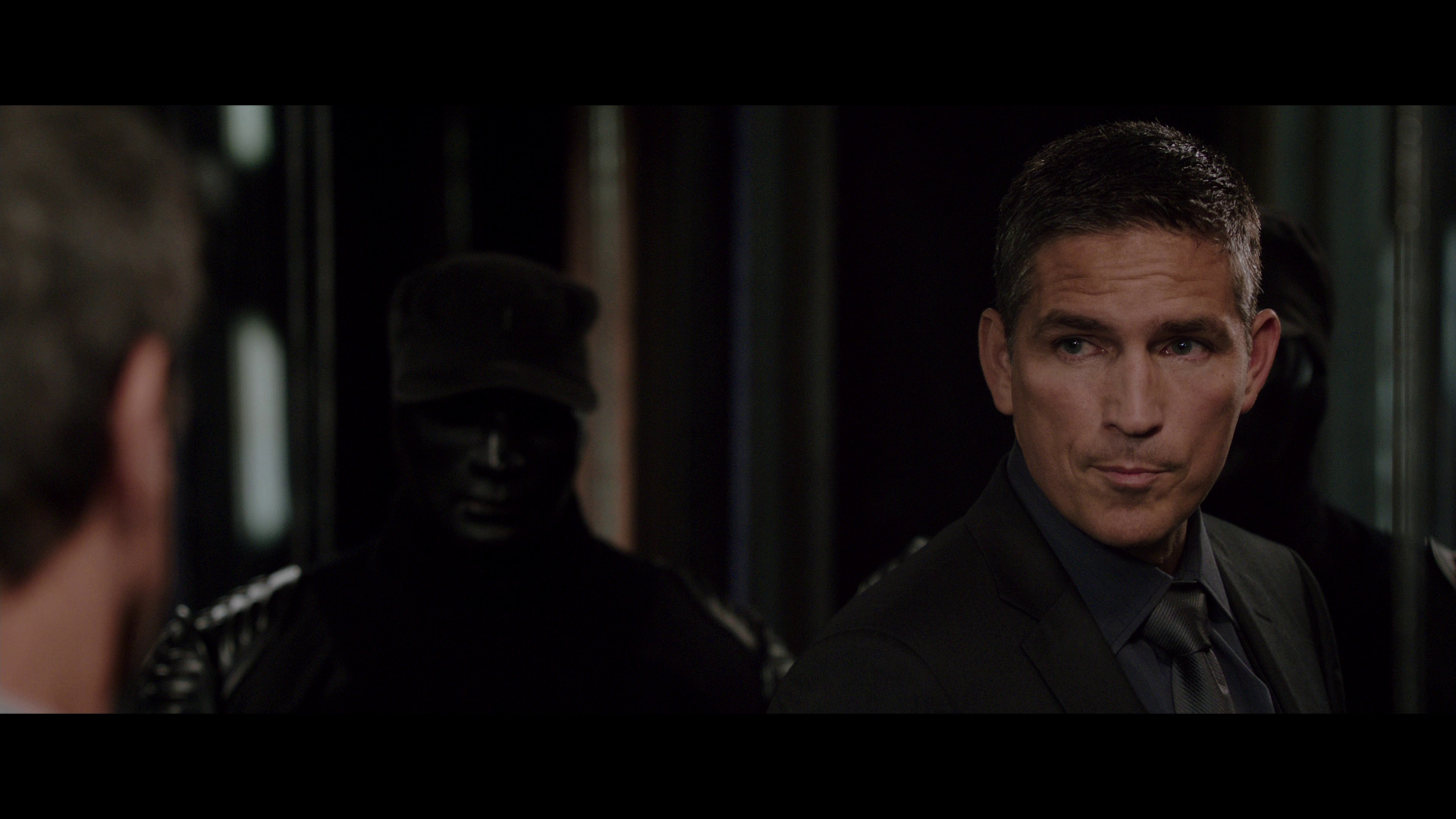 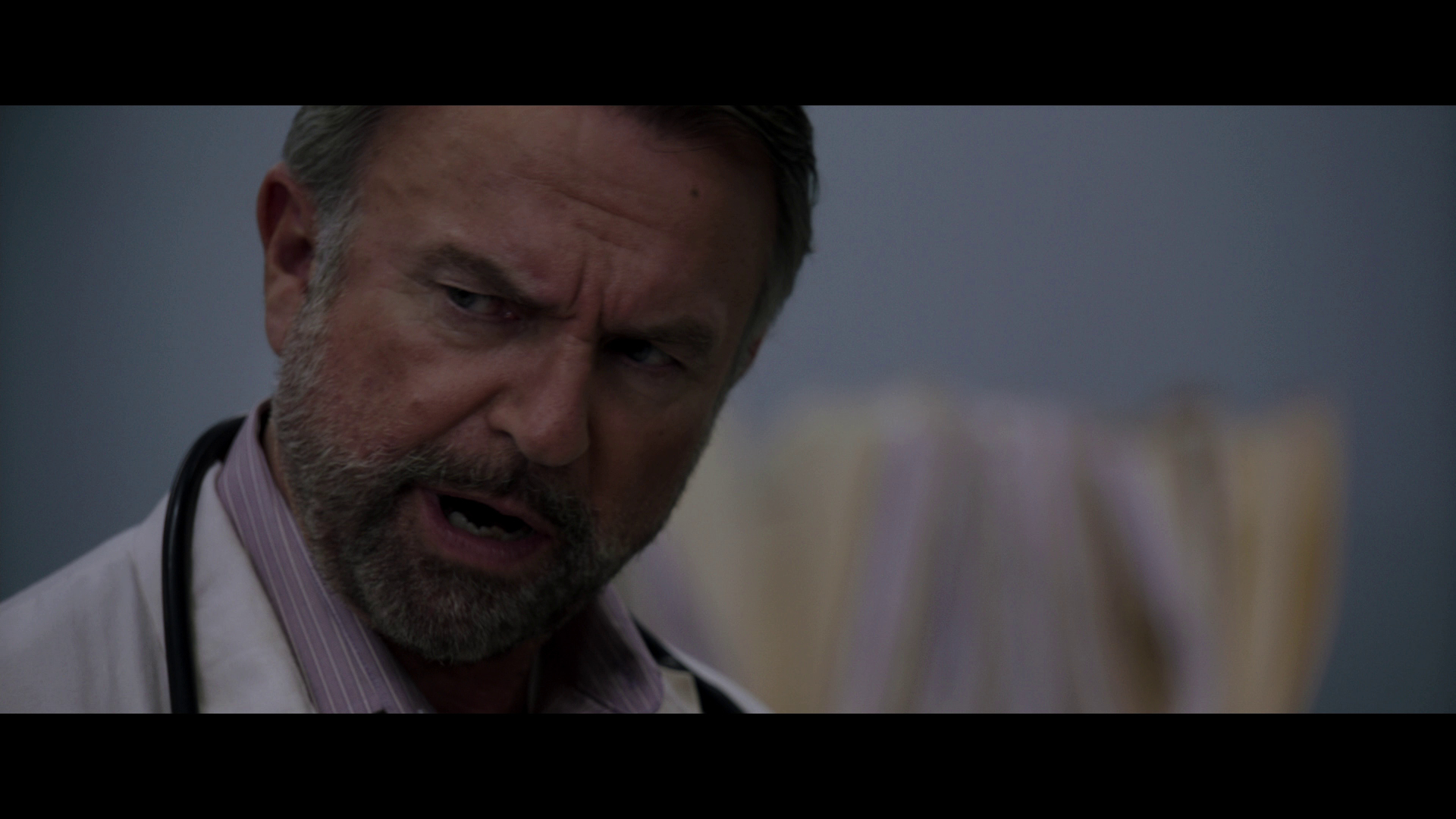