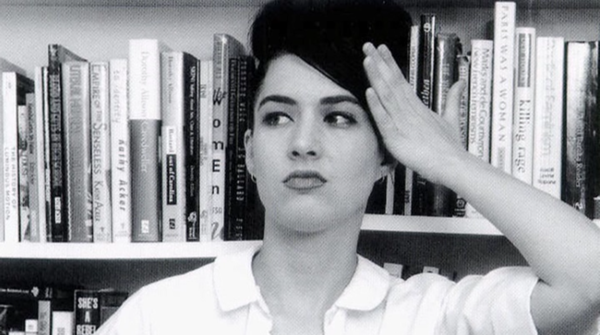 The Punk Singer's arrival in the middle of this seemingly endless wave of niche behind-the-music specials is no surprise then. And sure, director Sini Anderson's film is solidly constructed, but it does little to distinguish itself from the crowd. The subject of the film, former Bikini Kill and Le Tigre singer Kathleen Hanna, is worthy of having a movie made about her. However, the viewer can't help but wish for a less superficial, less hagiographic one.

Anderson unveils Hanna's history in an essentially (though not strictly) chronological fashion. Beginning with a few anecdotes about the callousness of Hanna's parents while she was growing up, the film quickly skips ahead to her college days. Anderson successfully communicates how Hanna and her college friends were trying to create feminist art in a time when feminism in the popular consciousness was drastically on the wane. However, the beginning of the movie relies a little too heavily on interview subjects insufficiently explaining the importance of their collegiate ideas and ideals.

Eventually, once the band Bikini Kill is established and the Riot Grrrl feminist music movement is in full swing, the movie also starts to find its groove. It's so much more interesting when The Punk Singer illustrates events instead of just showing people talking theory, even taking into consideration that the interview subjects include rock legends like Joan Jett and Kim Gordon. To see footage of Hanna, sometimes scantily clad, belting out her tunes in the face of punk rock meatheads likes she's punching them with her words, or calling out for the girls in the crowd to come to the front of the stage and subvert the pumped-up aggressiveness of punk show mosh pits, is to get to the heart of what makes Kathleen Hanna's work with Bikini Kill so mind-blowing. It translates, even without all the talking heads there to contextualize what the band was doing in terms of third-wave feminism. 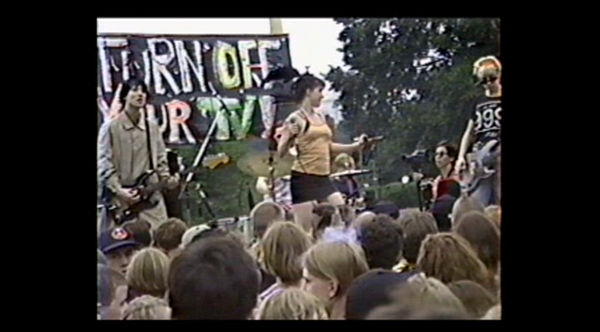 Kathleen Hanna in action appears unfiltered, but Kathleen Hanna as an interview subject is a little more opaque. Although Hanna never clams up and goes completely tight-lipped at any moment, a lot of what she says in the film has an air of official rhetoric to it. She debunks news stories that said she was raped by her father, clarifying that she never told such things to reporters and that her father was just "sexually inappropriate" with her. What that actually means we never find out, and Anderson never presses for further clarification. Hanna explains away her job as a stripper during her college days with the observation, "I worked at McDonald's, and I was a vegetarian... I was a feminist, and I worked at a strip bar." That soundbite speaks to Hanna's unsentimental pragmatism and leaves it at that.

This Cliffs Notes-style approach to Hanna's life keeps The Punk Singer moving along at an entertaining clip without spending much time for extended meaningful reflection. The careers of Hanna's two most famous bands are spoken of in broad terms, without getting into the nitty-gritty of the work that went into writing and recording specific albums -- apart from a brief title card which explains that Joan Jett recorded three of Bikini Kill's singles, including their signature song, "Rebel Girl." Also, when Hanna recounts being introduced to Adam Horovitz of the Beastie Boys, who co-wrote many aggressively non-feminist anthems like "Girls" ("To do the dishes... to clean up my room..."), and coming to the realization that she was falling in love with the guy, her feelings get boiled down to a variation on "the heart wants what it wants." 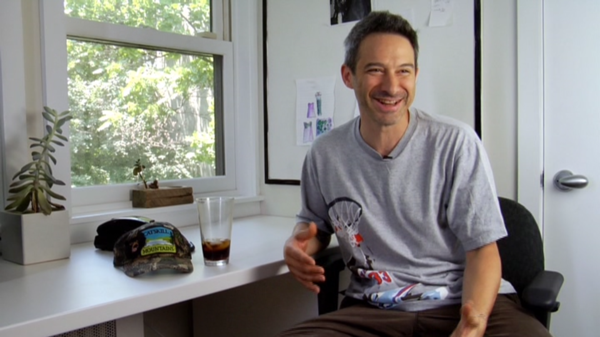 Horovitz, who has been Mr. Kathleen Hanna since 2006, appears in a few interviews as a charming and supportive presence. This becomes most important in the film's final twenty minutes, when the focus shifts to Hanna's decision to stop performing publicly. She claimed at the time that she did it because she had expressed everything she felt she needed to, but in the film she admits that it was actually because of a long-undiagnosed illness that was getting in the way of her performance. Anderson is well aware that this is the "plot twist" that gives her movie a significant emotional punch -- she aggressively teases the revelation in the early passages of the film and she lets this material breathe much more than the rest of the story. At one point, Anderson presents a home movie that Horovitz shot of the debilitating reaction Hanna's body has to the medication she has been taking. Horovitz's hand appears from off-camera to give Hanna's leg a tender squeeze, and the moment is achingly beautiful.

It begs the question why the film doesn't try to explore those smaller moments more often. Maybe it's Hanna's choice, in order to keep some of that stuff under wraps, or maybe it's Anderson's choice, to manage the image of her film's subject.

If it's the latter that might explain why there are no critical voices presented in the film, even though a quick Google reveals that there are plenty of non-judgmental, intellectual critiques of Hanna's work that would be interesting to add to the mix -- even just to have Hanna debunk them onscreen.

Whatever the reasoning behind it, the unmitigated admiration shown in Anderson's approach to Kathleen Hanna means that The Punk Singer is a frequently upbeat pleasure to watch as it unspools while the lack of complexity causes the film to suffer upon later reflection. 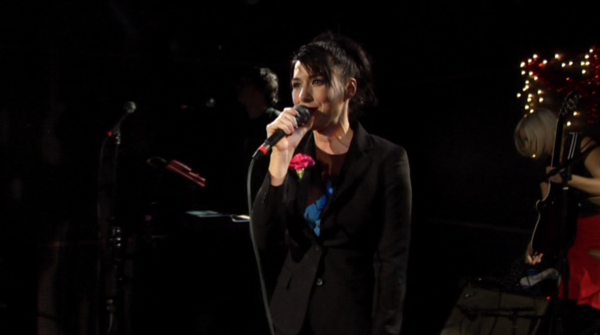 The Video & Audio:
The Punk Singer is a mish-mash of footage, like most documentaries, and so its widescreen 1.77:1 image varies from nice, clear present-day footage to blurry home movies to pixellated stills and everything in between. The final transfer of all these diverse sources looks good, though: I noticed no significant noise or blocky artifacting. The Dolby 5.1 Audio is a similar patchwork of varying quality sound sources. The excerpted Bikini Kill, Le Tigre, and Julie Ruin songs come through the best. The disc offers English SDH and Spanish subtitles.

Special Features:
For some reason, the bonus clips on this disc are divided within the menu into "deleted scenes," that can played separately or all together in one piece, and other random featurettes -- even though those featurettes are essentially just more deleted material.


Final Thoughts:
The Punk Singer is frustrating in its decision to infrequently go beyond the bullet-point highlights of Kathleen Hanna's life and career. Though the film feels like it's just a beginner's guide to the artist, it does provide solid entertainment throughout. My feelings are mixed, but this still comes Recommended. 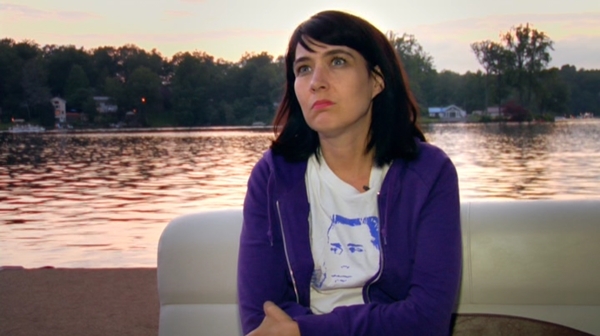