Gaiam // Unrated // March 4, 2014
List Price: $29.93 [Buy now and save at Amazon]
Review by Francis Rizzo III | posted March 5, 2014 | E-mail the Author
Note:
In the latest of an apparently continuing series, my wife Nicole returns to offer her thoughts on another show I'm not likely to ever watch. 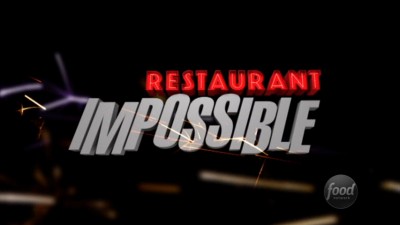 
The Story So Far...
Since its inception in 2011, Restaurant: Impossible has combined the do-it-yourself approach of fixing broken down restaurants with the Dr. Phil tactics of restoring failing relationships with the business. Each season, various establishments are featured with the same premiss in mind, their business is failing, their staff is miserable and without help, their doors are sure to close. With the help of his trusty construction manager, Tom Bury and a handful of creative interior designers, Robert Irvine certainly accomplishes the impossible.

The Show
What would you do if you had a dollar and a dream? Ok, maybe $500,000, or a million dollars and a dream. If you're like me, you'd open a restaurant. For those featured in this season of, Restaurant: Impossible , everyone had a dream, but unfortunately for them, it's only been a nightmare. With back-stories that, at times, break your heart, you find yourself shaking your head saying, "Really? You couldn't have done anything else with that money? You HAD to buy a restaurant?"

Upon request from either the owner themselves or employees, Robert travels all over the United States, finding restaurants in such financial ruins and physical dis-array that you're shocked the doors were still open when he gets there. With the assumption that $10,000 and two days will fix what ails the business, he begins with renovation process with a chat and a meal. From there, things can only go up, right? Well, sometimes.

First impressions make lasting impressions and there were episodes that I was ready to turn off immediately after watching the first interaction with Robert and the restaurant owner. Then there were episodes where, when I watched on TV, I paced during the commercials for the show to get back to action. Society has taught us to be on the defensive when attacked, but when someone is trying to help save you, your finances and your future and you cop an attitude, that's not being defensive, that's being stupid. The most common fault of all these restaurant owners is that they have this complete and utter misconception that running a restaurant is a walk in the park and no matter what, their food is delicious. Again, really, you had nothing better to do with that money?

For the food, which was either overcooked or under seasoned, goopy or stale, burnt or raw, each and every owner stood by the quality of their food as if it were their child. Were they really that blind? Could you not see the pasta that was one complete molded mess or the burger so overcooked it was beyond "well done." Robert gives each restaurant menu the once over and samples a variety of offerings from steaks and chicken to pasta and sides. More times than none, this segment of the show ends with Robert spitting into a napkin or hacking into a garbage can.

Aside from the garish array of food, the decor in some of these restaurants is mind-blowing! From dirty carpets to dusty shelves, out-dated knickknacks to tacky tchotchkes, it's no wonder why these people are in desperate need of help. I may not have graduated from HGTV University, but when you walk into a room and it screams, "Help me!", well, it's time for the design team to step in. I'm a big fan of Taniya (Nayak), as she really does have an eye for design. A veteran HGTV personality, her style is clean, crisp and bold. She brings out the best in any space she's given, and with any budget she's allotted. She and Robert have a history of working together on some of the show's most insane restaurants, where money is needed elsewhere and Taniya gets the short end of the stick, and without fail, she sets a beautiful room.

Nicole (Facciuato) and Lynn (Kegan) are excellent designers in their own right, but I do find their style to be a bit too over the top for my taste. They put together a great room, but sometimes, the appeal of color and style just doesn't do it for me.

As if bad food and hideous decor weren't enough to spell disaster, by the time Robert arrives, relationships among staff and owners is in turmoil too. Robert's tactics for conflict resolution are simple, fix the biggest problem, usually the owner's attitude or perception of the real issues, and everything else will fall into place. I've seen episodes involving role reversal with staff and owners, to get a real sense of what each is facing. I've also witnessed what I would call a "coming to Jesus", where Robert works with the owners to delve deep into themselves, sometimes uncovering emotions they never knew even existed. All in all, the portion of the show I'd dub, "Dr. Phil time" really is a rewarding experience for all involved and ultimately what will make or break the future of the restaurant.

Many have criticized Robert (Irvine), including my husband, for not being as truthful about his culinary training and experience in the food world. He received a slap on the wrist from Food Network and his shows aired in later, more hidden time slots until it was felt he had served his punishment. I'm fairly certain that if Food Network looked deep enough into the resumes of each and every one of their stars, they'd find a lie or an exaggeration, about something. Unfortunately, for Robert, he got caught. 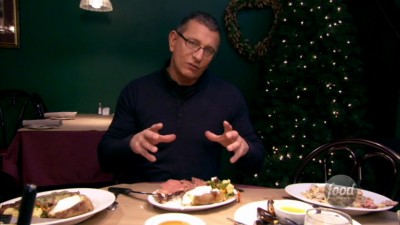 An episode that had me shaking my head involved Del's Italian Restaurant in Pittsburgh, PA. It was a doozy, start to finish. It was just one of those episodes that makes you stop and say, "Do you even hear yourself everytime you speak?" The owner, Marianne is loud, she's rude, and all she knows how to do is scream. From the minute Robert steps through the door, she's on edge. Though she stands by the quality and taste of her food, the dining room is always empty. Her, "If you don't like it, then leave" attitude transcends to the relationship she has with her staff as well. Numerous times, its brought to her attention that her reaction is over the top and she needs to bring it down a notch, or twelve. Her hypersensitive micro-managing of her staff has everyone walking on eggs. Its one of those, "coming to Jesus" moments that I mentioned about earlier that really is a the deal sealer for Del's. Step back, take a deep breath and loosen up a little and things might actually work.

Among the highlights of this season was the appearance of First Lady Michelle Obama and the challenge she presented to Robert and his his crew. Having lived close to Washington D.C. while in college, I'm familiar with the various surrounding areas. Aside from the mansions and brownstone walk-ups, there are areas in D.C. that resemble war zones. Stricken with poverty and a lack of basic resources, many communities find themselves at the mercy of "eat whatever you can find." Mrs. Obama's "Let's Move" initiative has helped thousands and hundreds of thousands of school age children get out from behind the tv or computer and start moving and the nationwide results are awe-inspiring. But sadly, it's the lack food and places to find it that is the hardest task for children and families in these D.C. neighborhoods. Non-profit organizations such as "Horton's Kids" helps those families and children less fortunate and provides basic resources, whether it be an after-school meal or a hands on class to teach parents how to feed their families with what they have. They've become each others families and for some, a life-line.

The challenges seemed simple enough. Robert was asked to build a dining suitable for feeding a large number of children, update their old-fashioned and antiquated kitchen and finally, design and create a community garden for children and families to share in it abundance. Mrs. Obama even invites Robert to to meet up with White House Executive Chef Sam Kass, to get a better understanding of what is needed to build a sustainable and thriving garden that generations upon generations of "Horton's Kids" can not only benefit from but give back to. The idea of "leaving it better than you found it", a Girl Scout philosophy, if what drives Robert to enlist the agricultural help of, Farmer Lee, an expert farmer from the D.C. area. Together, they design a garden fit for a king!

It's standard fare that some issue or problem would arise, but without fail, Construction Manager Tom Bury and his amazing crew make quick work of construction problems that could have spelled disaster for the community center. With all problems aside, it's up to interior designer Cheryl Torrenueva, to bring life into a once dismal space. Bright colors and patterns mimic the outdoors, continuing Mrs. Obama's message. The smiles and tears from staff, students and families as they looked upon their new community center and garden was without a doubt, the heart-warming moment I waited the entire episode to see. Robert may be known for his excessive yelling and confrontational-at-times aura, but in the end, he always comes through and this time around, it was for the greatest of gifts, our future generations, our children. 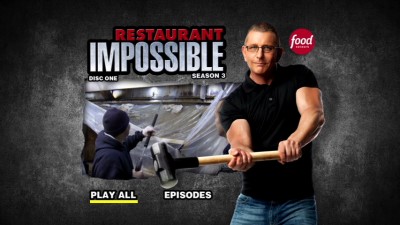 The DVDs
The 13 episodes in this collection arrive on 3 DVDs in a clear standard-width case with one flip tray, with no episode guide provided. The discs feature animated anamorphic widescreen menus with options to play all the episodes and select a show. There are no subtitles, audio options or closed captioning.

The Quality
The anamorphic widescreen transfers on these episodes are of good quality, featuring appropriate color and a nice amount of fine detail. The image naturally isn't high def, but it's not bad either, coming off bright and vivid, with no noticeable issues with compression artifacts.

The audio comes in Dolby Digital 5.1 tracks, but don't expect miracles from what's essentially a basic-cable documentary. The mix is clean, and the dialogue is legible, but outside of some music boost, there's not a lot here to be impressed by. It's just what you'd expect.

The Extras
No extras are offered with this set. 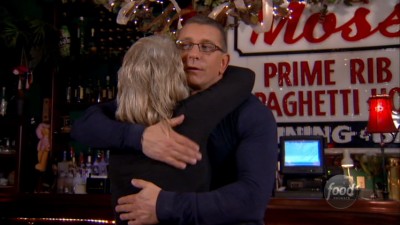 The Bottom Line
As much as his loud-mouth, order-throwing persona does get old after a few episodes, Robert Irvine does, with the best intentions, do everything in his power to help save not only the restaurant, but its owners and sometimes employees. He's hard-working, creative and with an outstanding team of construction engineers and designers, his final product is outstanding. I would love to see a series that goes back and sees how the restaurants are doing, if they're still in business and if Robert's help really did save their future. I'm a sucker for reality tv and always looking for that happy ending!