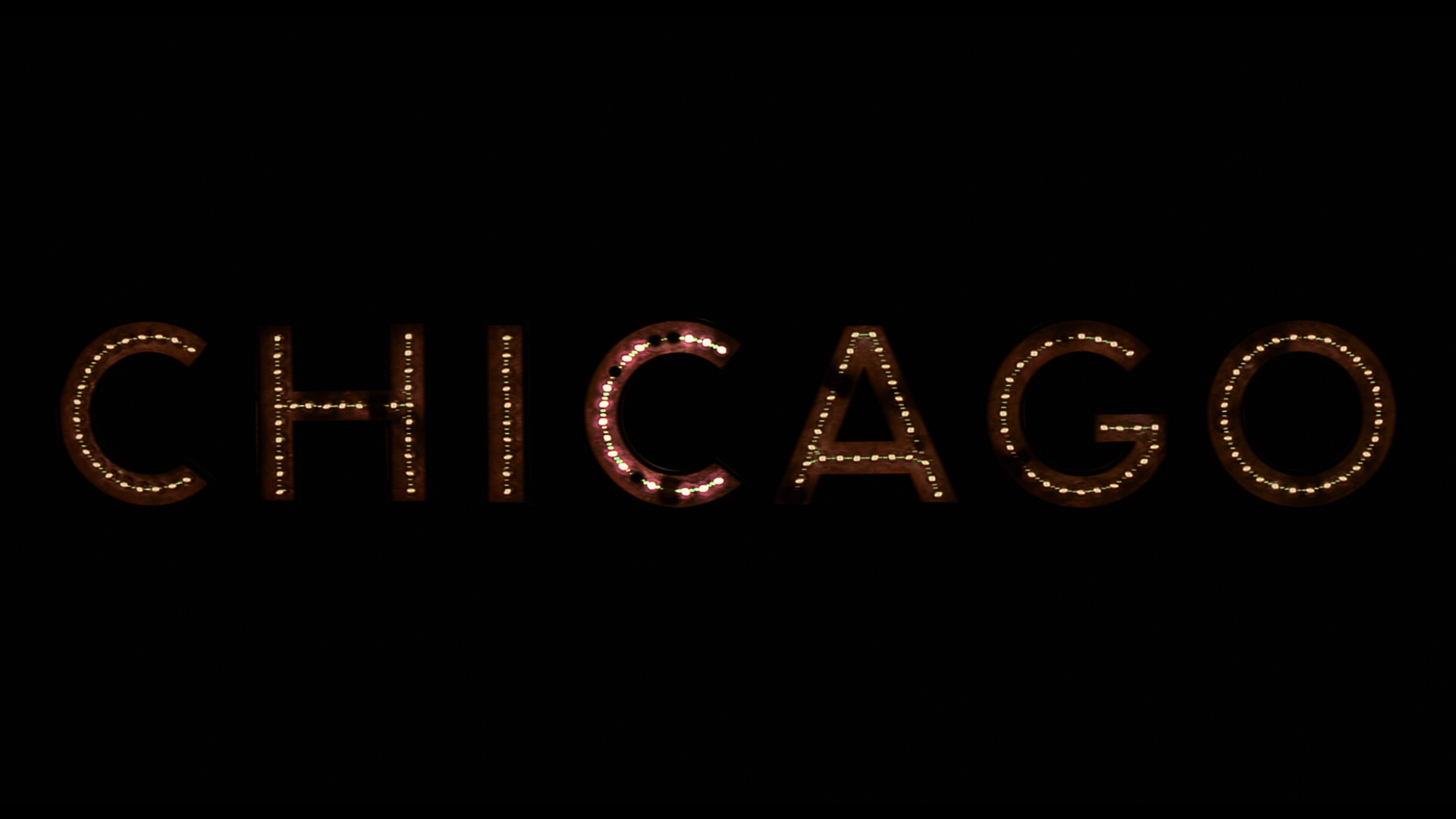 I have seen Chicago on the stage twice. First, at a spirited community theater rendition, and later on Broadway with Melanie Griffith as a less-than-convincing Roxie Hart. Director Rob Marshall's Chicago recreates the excitement and toe-tapping, booze-and-jazz energy of John Kander and Fred Ebb's production. The film won the Oscar for Best Picture in early 2003 and racked up a slew of lesser awards for its director and talented cast, which includes Catherine Zeta-Jones, Renee Zellweger, Richard Gere, John C. Reilly and Queen Latifah. Musicals aren't always successful when jumping from the stage to the silver screen, and contemporaneous adaptations Rent and Marshall's own Nine lost some of their spark in translation. Chicago is as energetic as its live-theater muse, and the near-nonstop singing and dancing never loses its magic.

In Prohibition-era Chicago, aspiring stage performer Roxie Hart (Zellweger) shoots dead her lover (Dominic West) and winds up on Murderess Row alongside similarly trigger happy Velma Kelly (Zeta-Jones). In charge of the clink is Matron Mama Morton (Latifah), who is a fan of both reciprocity and her vengeful charges. Hart shares slick, toe-tapping attorney Billy Flynn (Gere) with Kelly, and earns the Lion's share of Flynn's attention when the local papers pick up her story. Hart's sad sack husband, Amos (Reilly), foots her legal bills as Roxie hatches a plan to turn her predicament into a lucrative stage career. Chicago shimmies and shakes its way from Roxie's arrest to incarceration to her sensational trial, as all of Chicago eats up her carefully concocted defense. 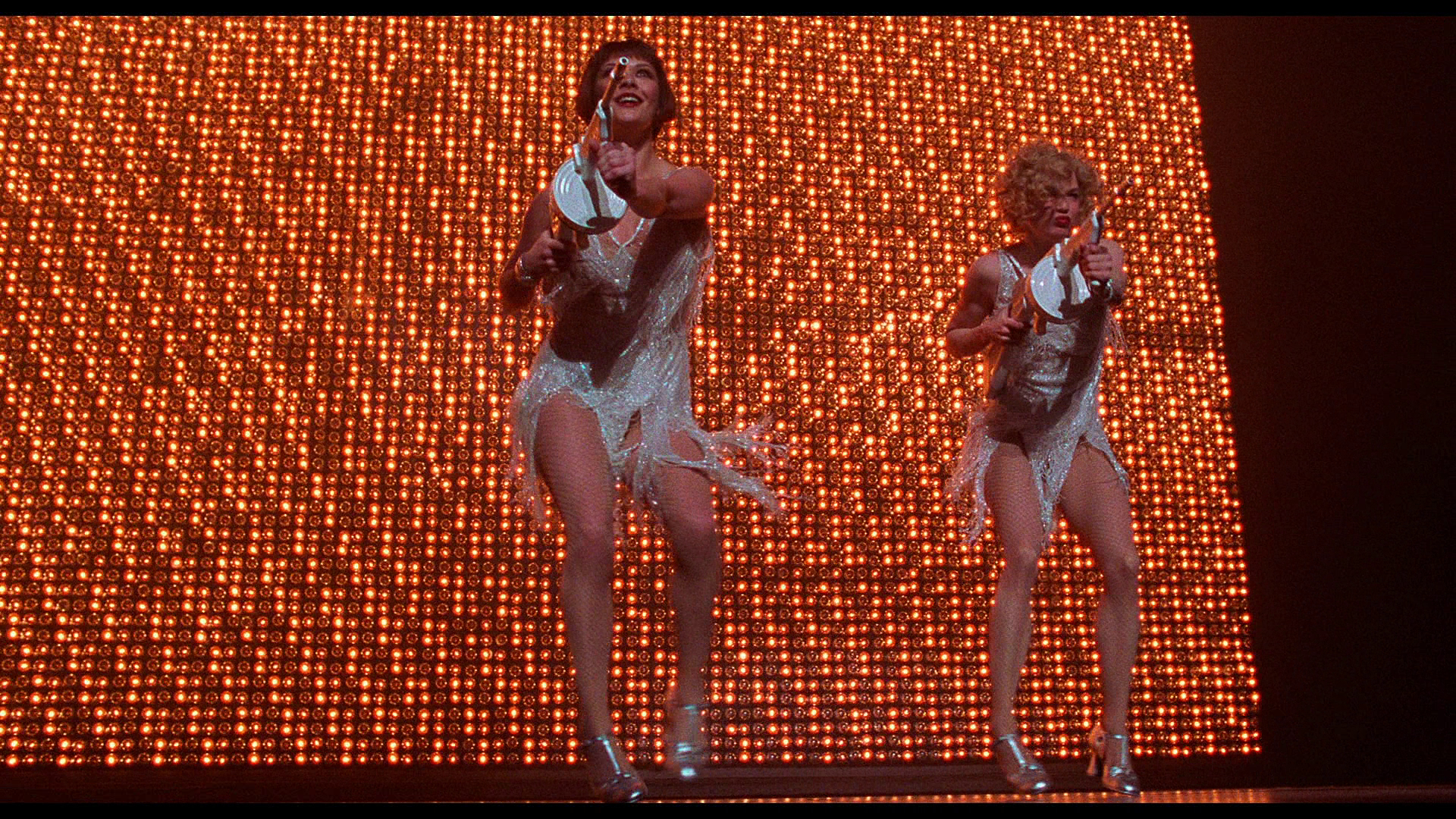 Marshall's cast is not necessarily the lineup I would have chosen had I been making Chicago, and that's one of the film's biggest assets. Zellweger, Zeta-Jones and Gere are a perfect leading trio, believable both as dramatic actors and showmen. Zellweger's whispery innocence is perfect for eye-batting Roxie, and Zeta-Jones chews up the film's pulpy, femme fatale-driven narrative and spits it back at the audience in perfect rhythm. Gere needed this part after a couple of years of diminishing returns, and his ethically challenged Flynn is a courtroom menace. Supporting players Reilly and Latifah are similarly strong. Reilly is the film's emotional core, and his Mr. Cellophane is the only character with a conscience. Latifah only has about 15 minutes of screen time, but her "When You're Good To Mama" is a highlight of the film.

Marshall creates a perfect blend of cinema and stage; setting up some choreographed sequences like live theater but always using the tricks of cinema to enhance their impact. Bill Condon's screenplay is lean and fast-paced, and Dion Beebe's light and grain-swathed cinematography nails the Speakeasy heavy setting. Chicago is song-heavy, particularly in the first half, but it always retains forward motion. The humor is brassy and dark; characters learn nothing from their mistakes; and using others for personal gain is commonplace. Latifah's aforementioned "Mama," the Murderess Row's "Cell Block Tango," and Reilly's "Mister Cellophane" are standouts on the pitch-perfect soundtrack. Chicago is what many movies, stage adaptation and otherwise, are not: Jazzy, toe-tapping fun. 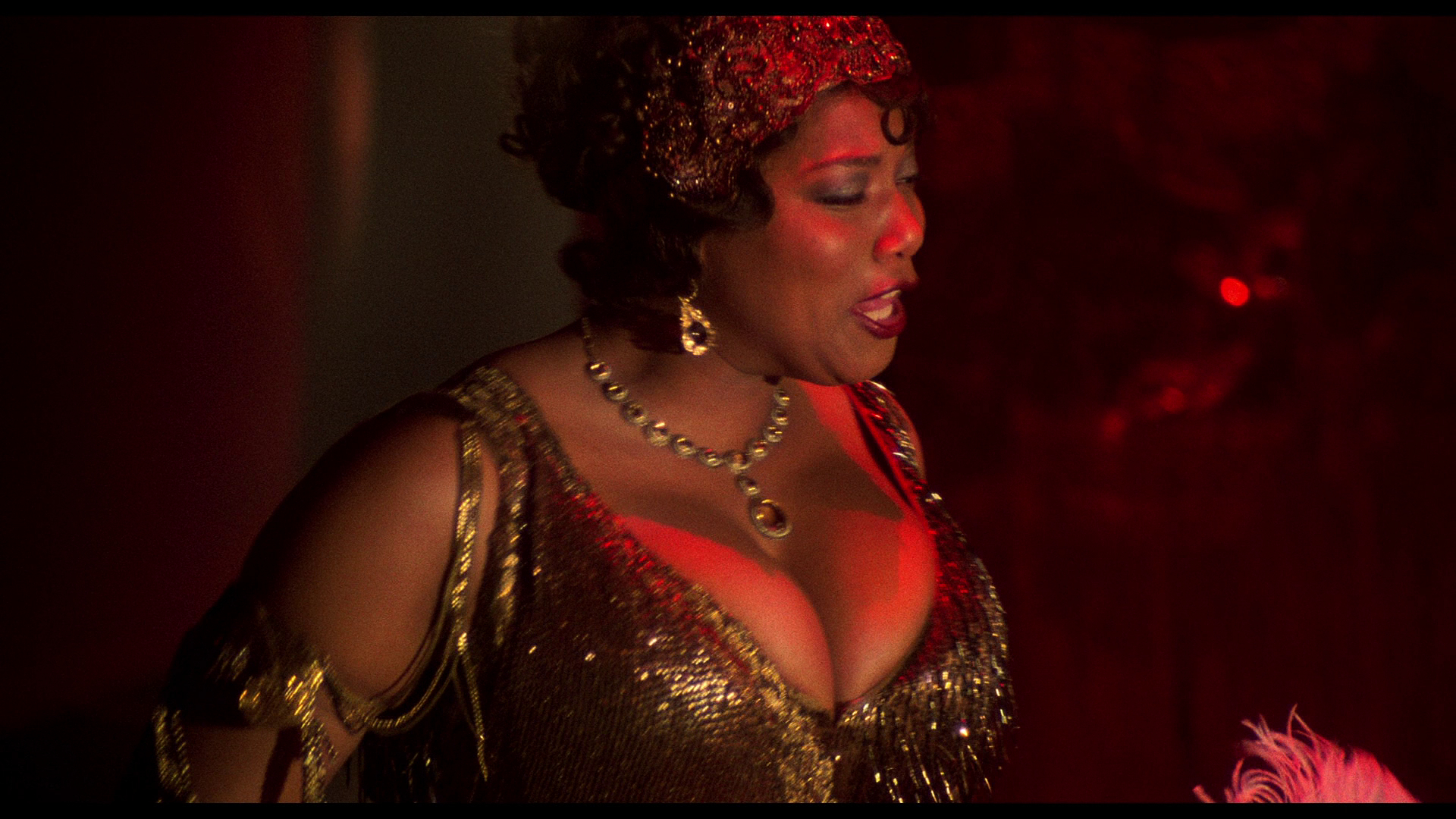 Originally released on Blu-ray in early 2007, Chicago receives a new Dolby-approved transfer for this "Diamond Edition" thanks to Miramax. The original release was pretty solid for an early Blu-ray, but this new edition improves on that transfer in nearly every way. Detail is impressive throughout, and the beautiful, director-intended grain is natural and filmic. Chicago is bathed in smoky blues and hot reds, and the bold colors are deeply saturated. Skin tones are natural and black levels are inky. The specks and dirt present on the earlier transfer are gone, and there are no issues with edge enhancement or noise reduction. This is a near-perfect recreation of the theatrical experience.

The new 7.1 Dolby TrueHD soundtrack is a similarly impressive recreation of the theatrical experience. This is a film that leans heavily on its sound design, and this new surround mix is deeply immersive and perfectly balanced. The music fills the entire sound field: the tap-tap rhythm of the high hat rolls through the rear speakers, the bass drum rattles the subwoofer, and a jazzy alto sax screams across the room. Dialogue is always clear, and is nicely integrated into the musical performances. There are not terribly many action effects, but the entire mix uses the surrounds for impact. This soundtrack is as close to a theatrical re-release as you're likely to get! English and Spanish 5.1 Dolby Digital mixes are also available, as are English SDH subtitles. 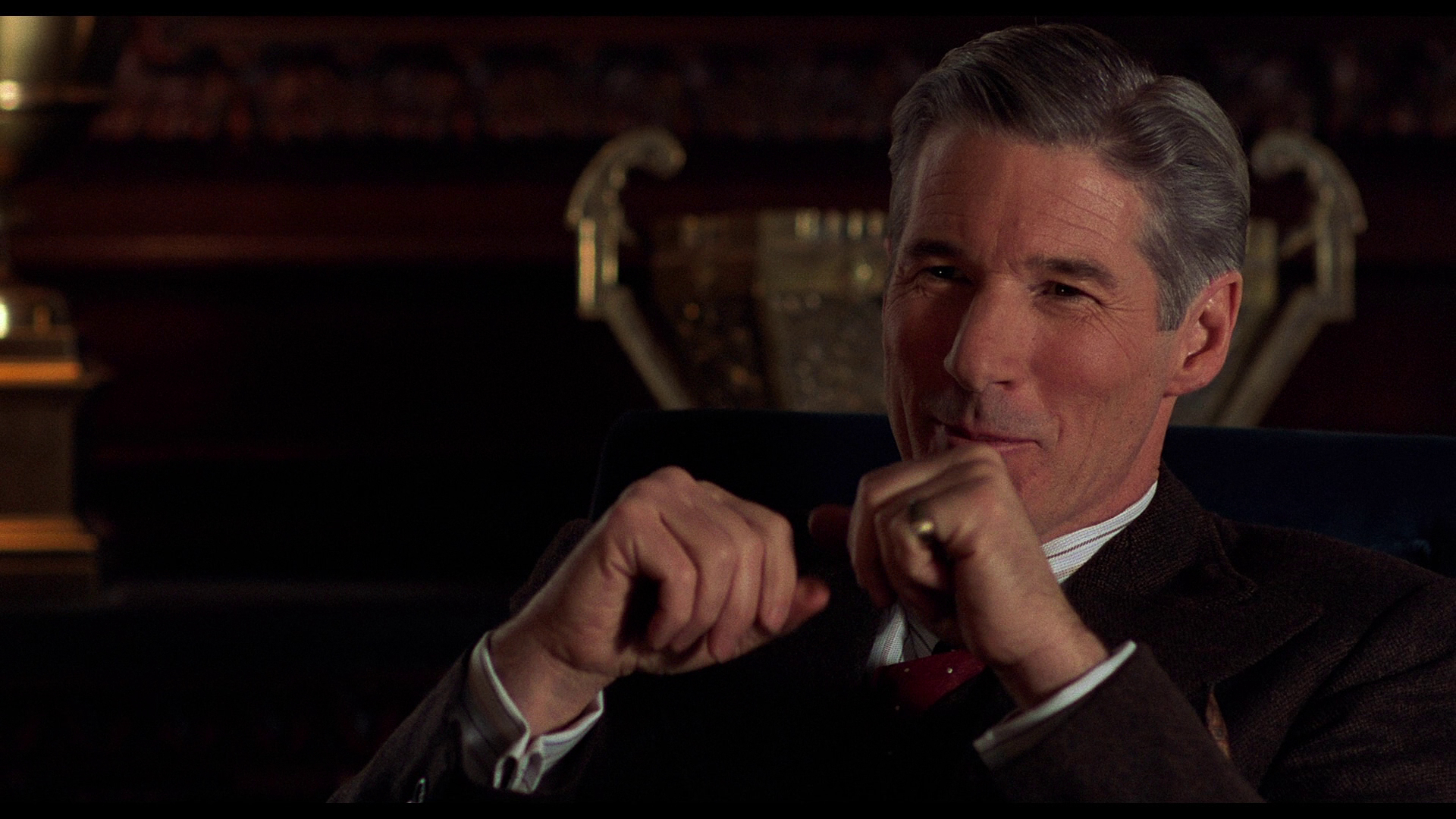 This new "Diamond Edition" is a two-disc set and includes the Blu-ray, a DVD copy of the film, and both iTunes and UltraViolet HD digital copies. The discs are packed into a standard Blu-ray case, which is wrapped in an impressive reflective slipcover. Some extras are dropped from the original Blu-ray, but the deleted song "Class" appears on the included DVD. On the Blu-ray you get a chatty Commentary from Director Rob Marshall and Screenwriter Bill Condon and a number of Extended Musical Performances (56:10 total/SD). The biggest draw is the newly created Chicago in the Spotlight (2:22:19/HD), which is a retrospective with the cast and crew. Marshall, producers Craig Zadan and Neil Meron, the lead actors, and a number of supporting players provide interesting insight into the production, from its genesis to Oscar season to the film's lasting impact. This is a very nice piece. My only criticism is the lack of behind-the-scenes footage.

Few stage-musical adaptations are as breezy and entertaining as Chicago. Rob Marshall's Oscar-winning rendition kicks the trend of disappointing, stagnant screen revues and instead enhances the blues and jazz soaked tale of murder and deception with cinematic scale. Leads Renee Zellweger, Catherine Zeta-Jones and Richard Gere are pitch-perfect, and the film is terrifically entertaining from start to finish. This new Diamond Edition Blu-ray is a tremendous deal at <$10. A new transfer, soundtrack and retrospective add value to an already must-own film. DVD Talk Collector Series. 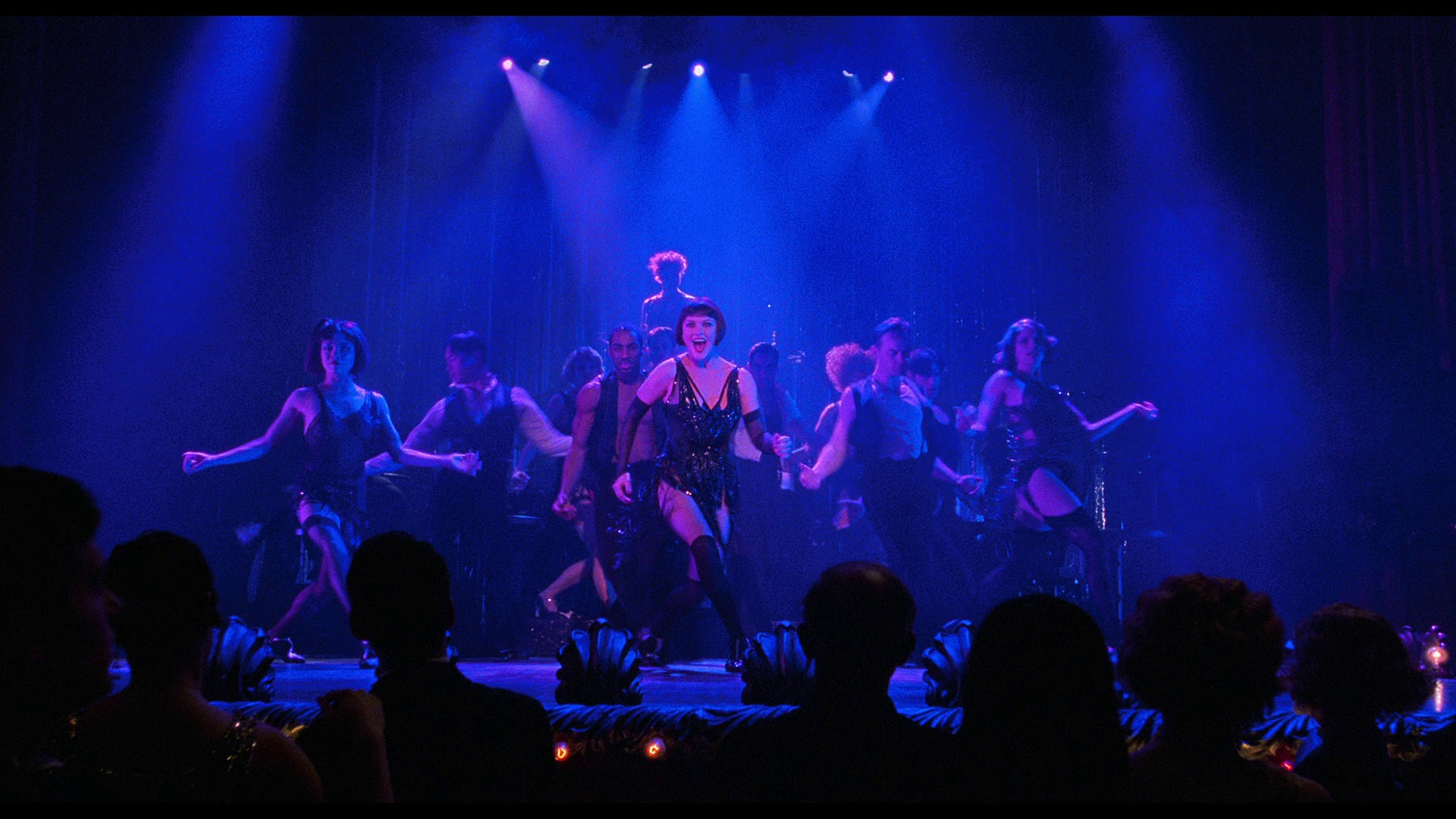 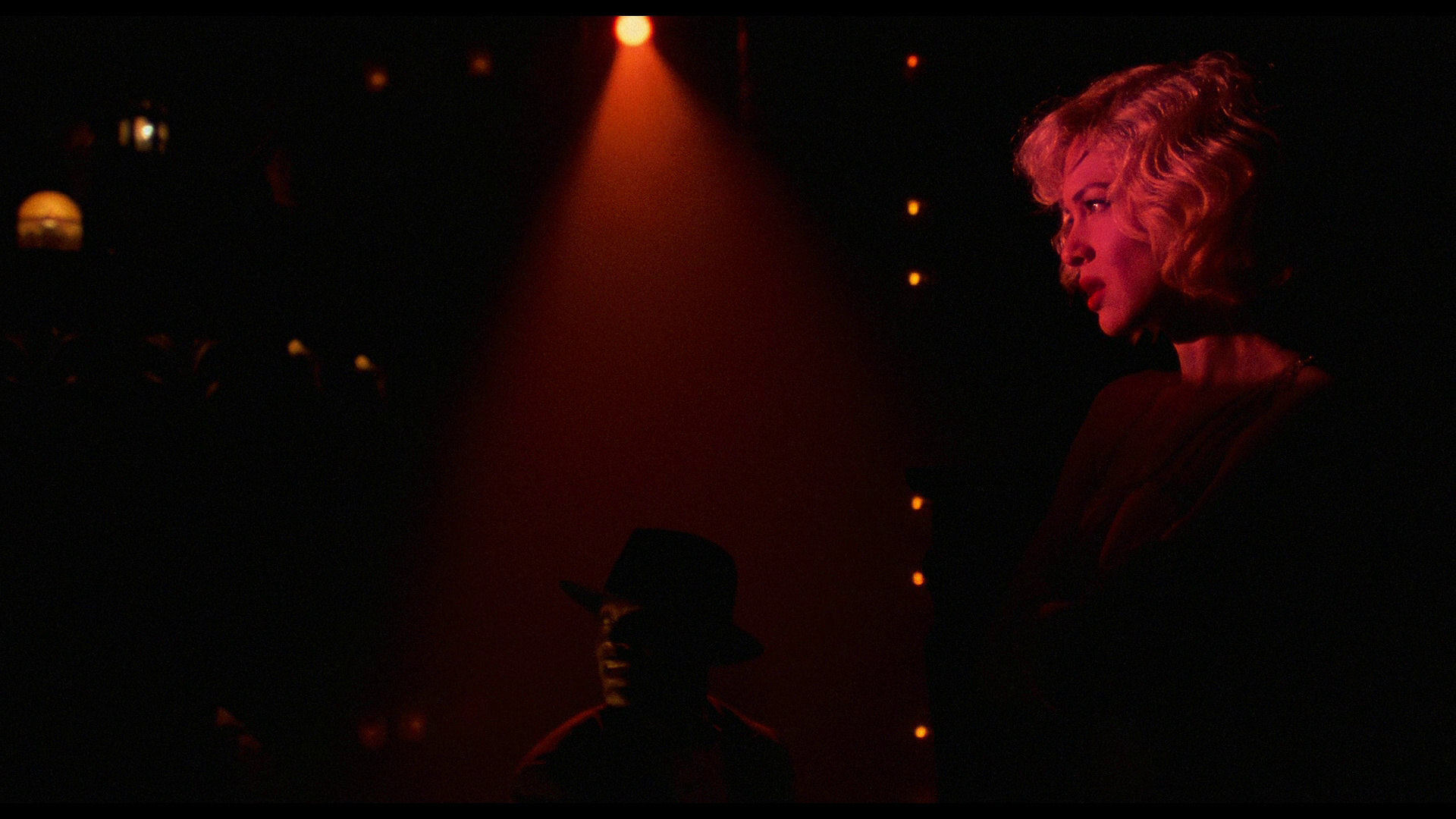 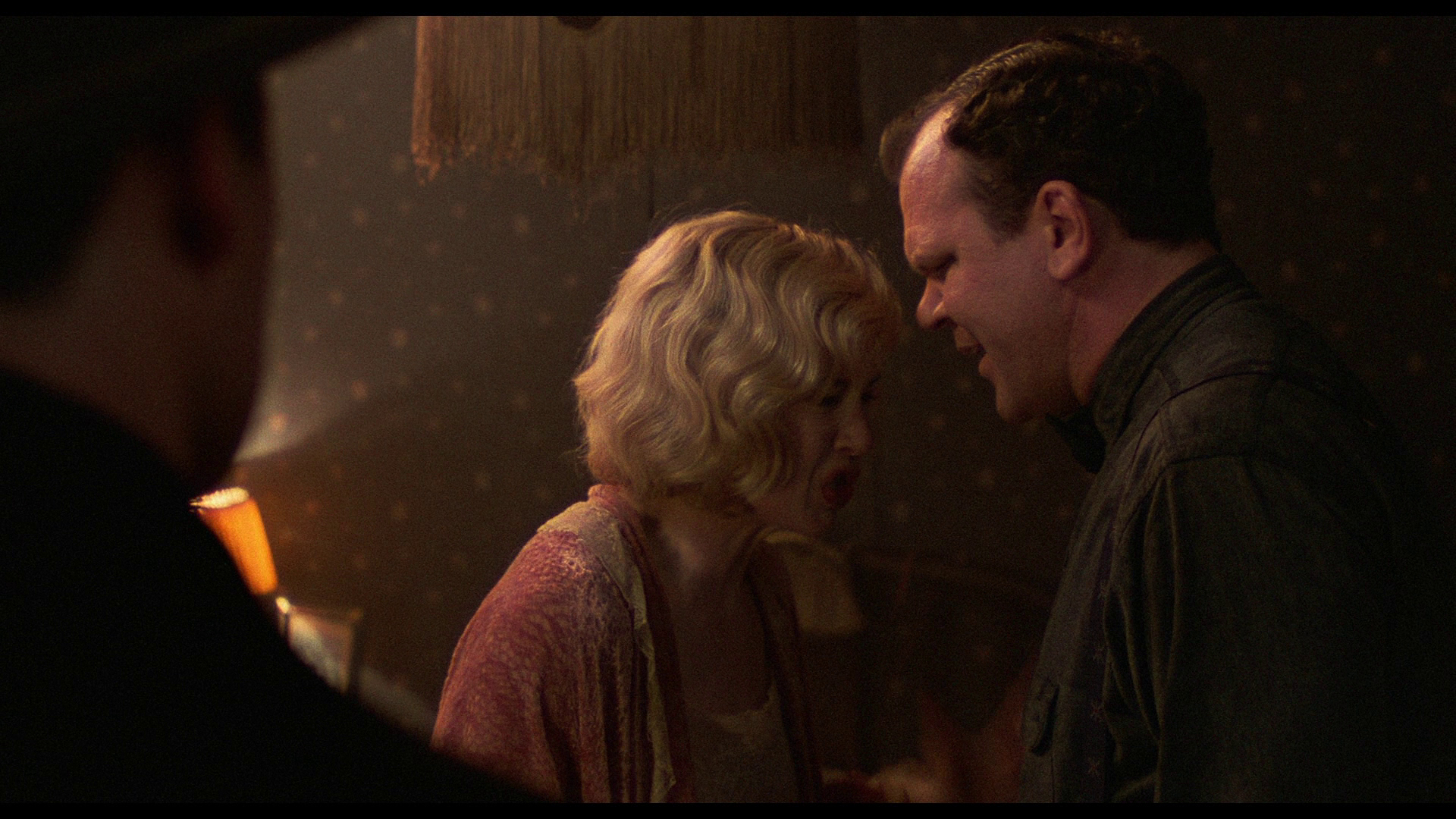 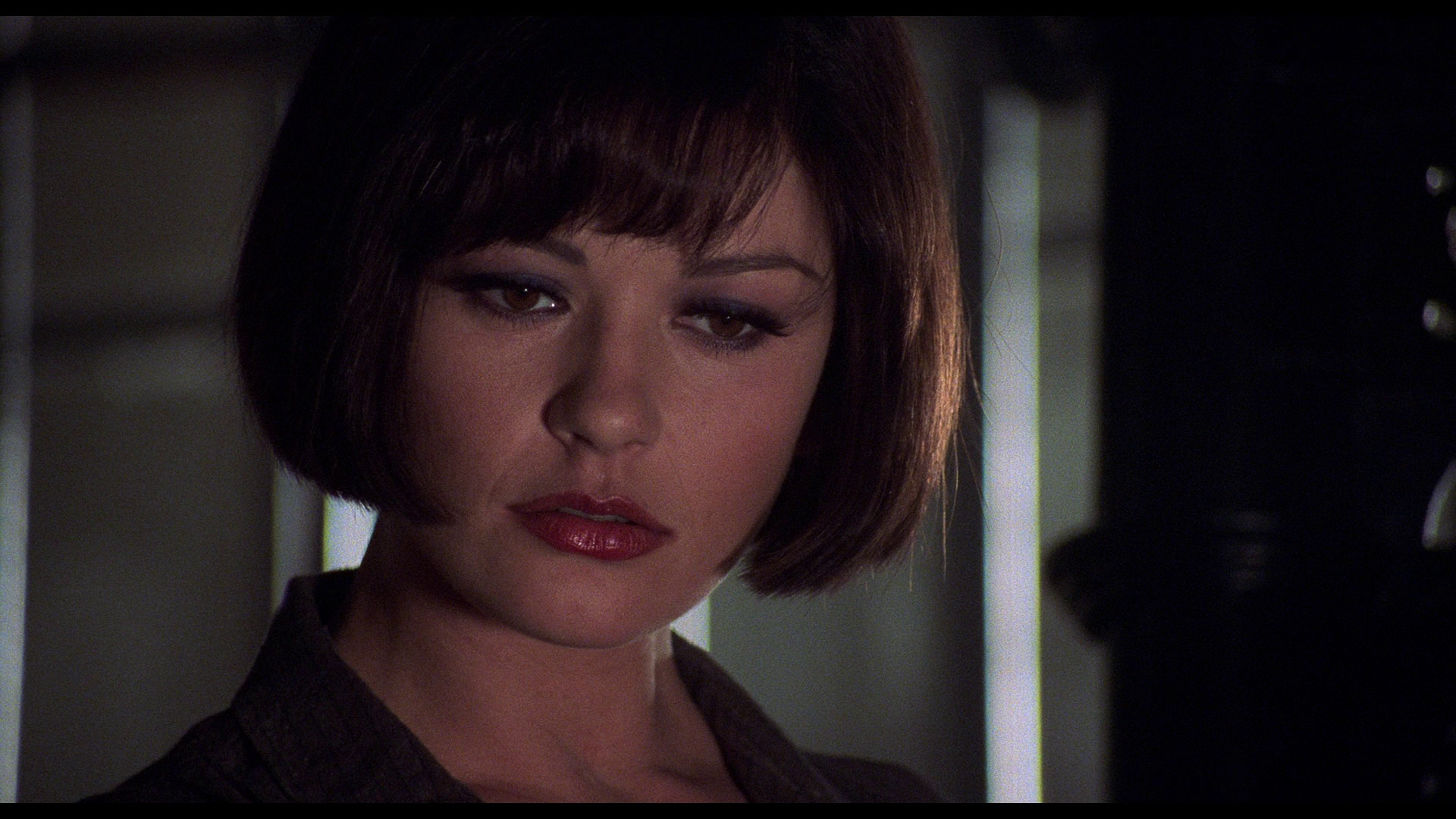 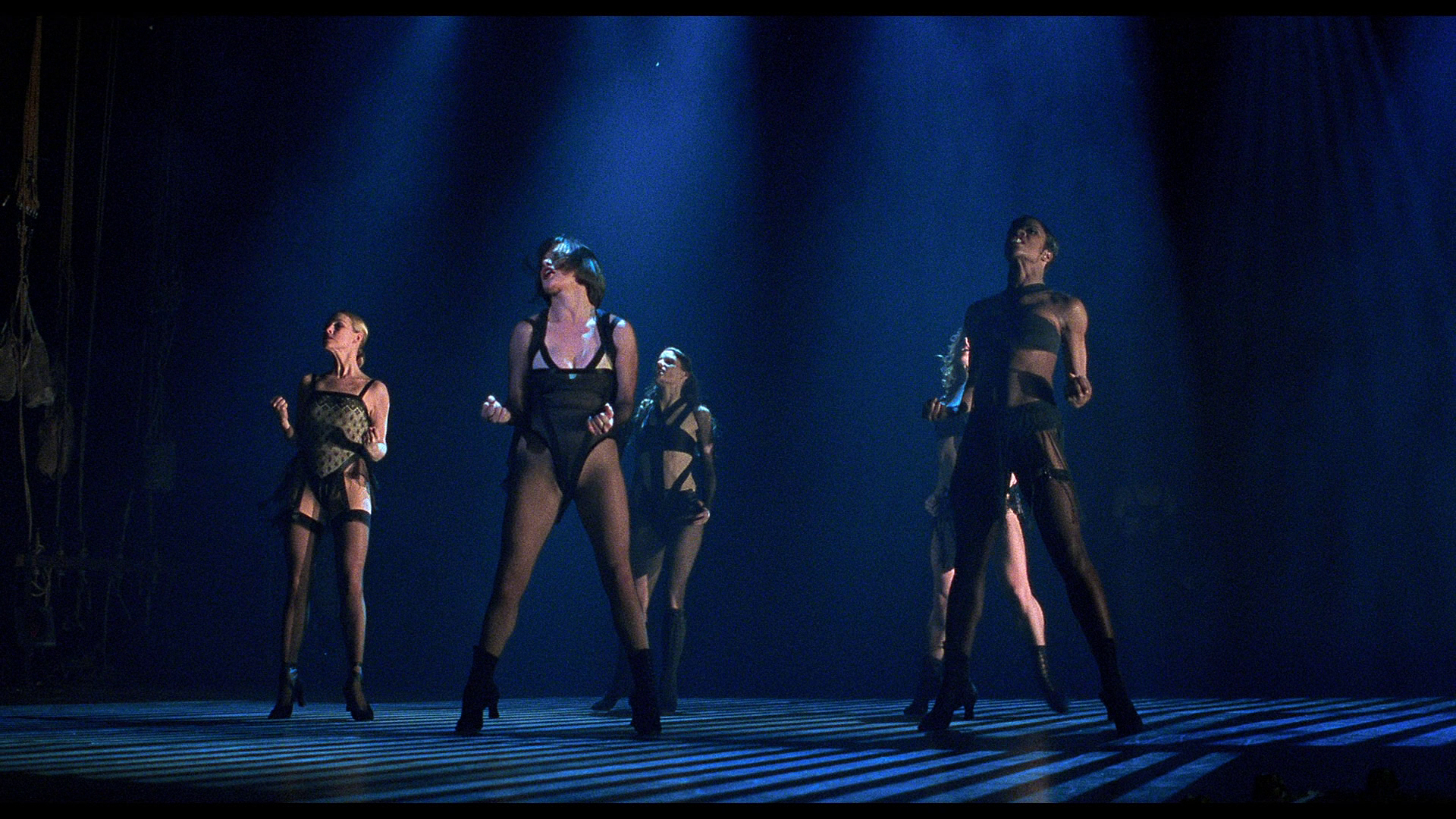 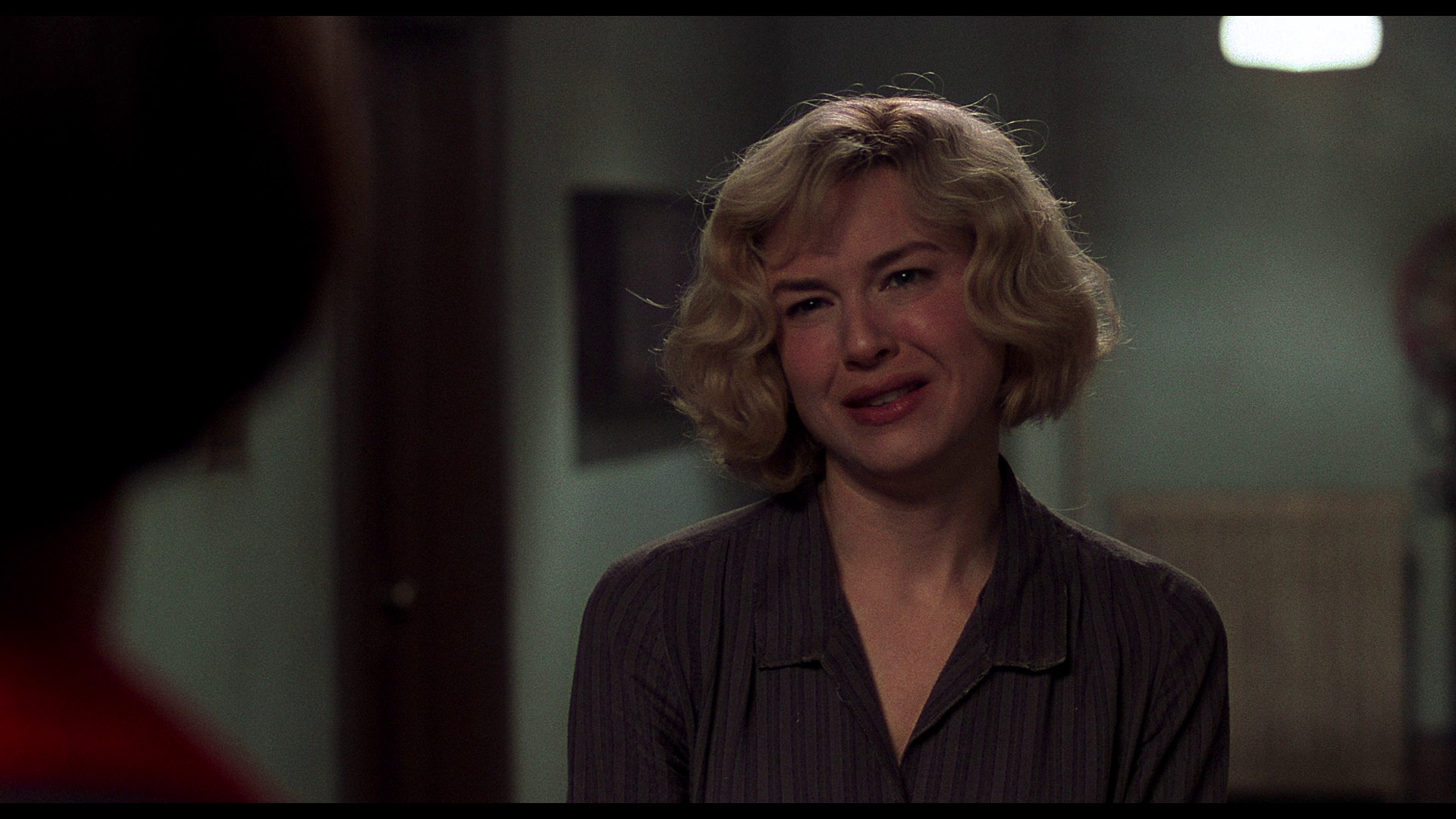 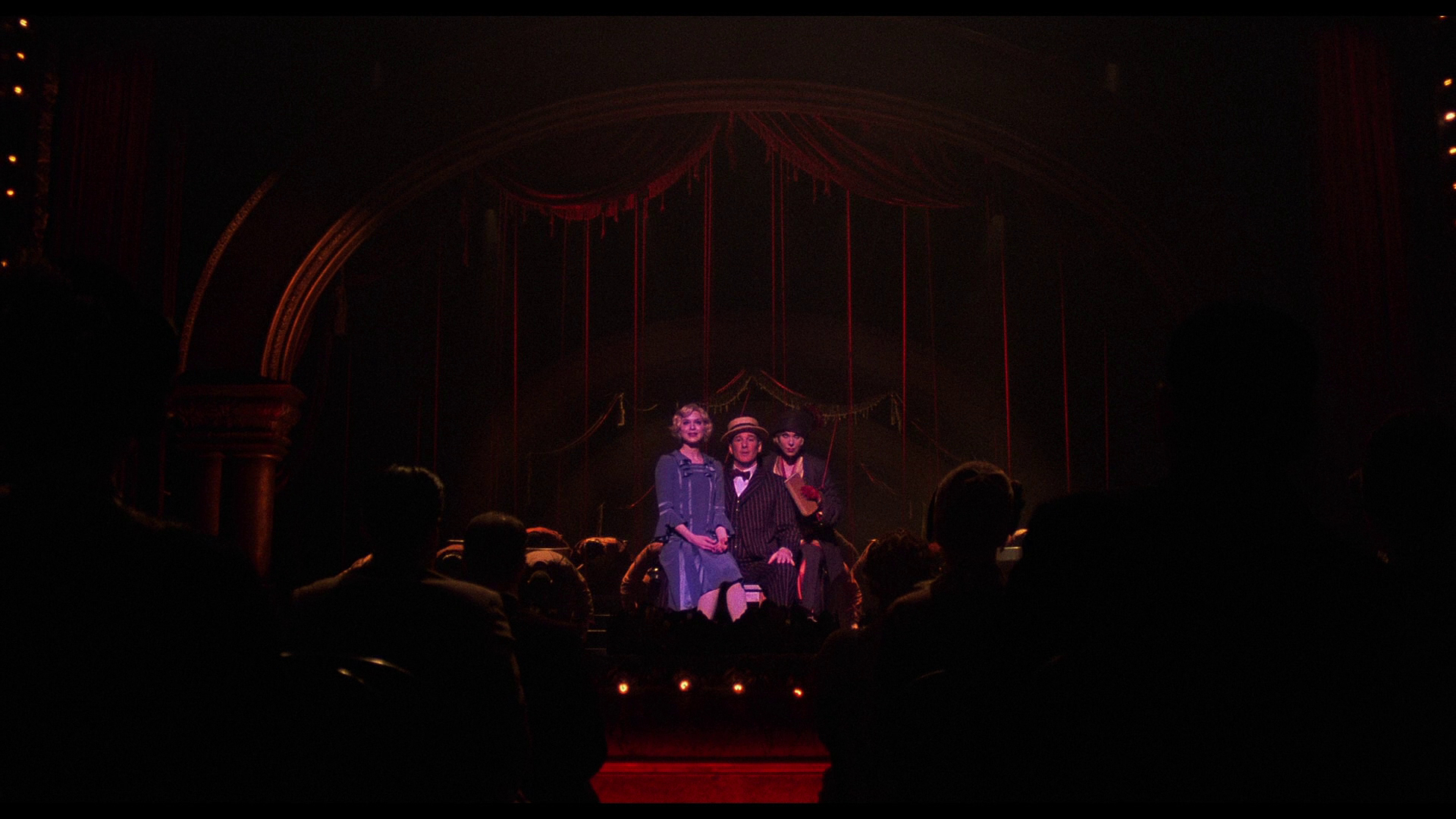 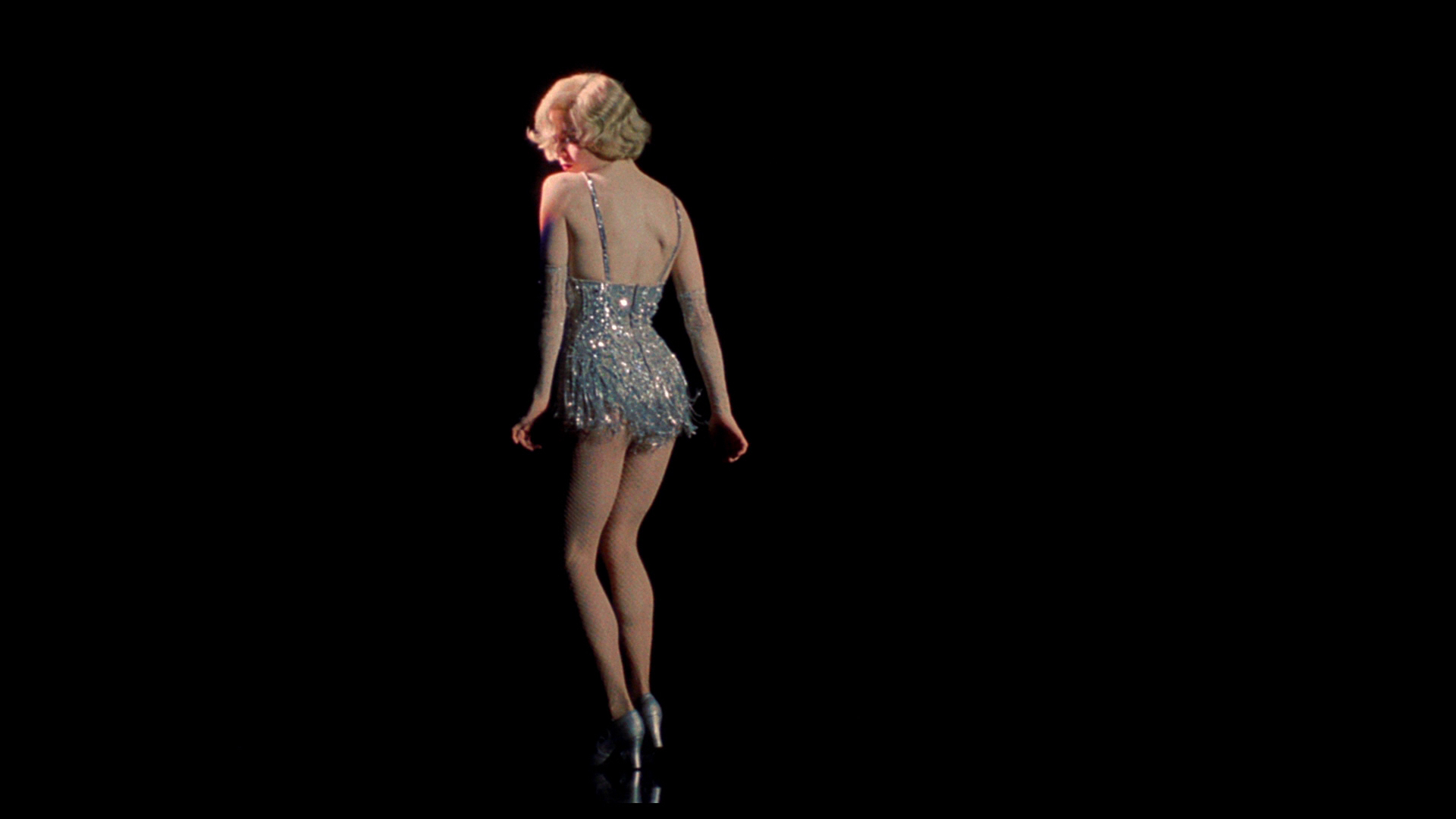 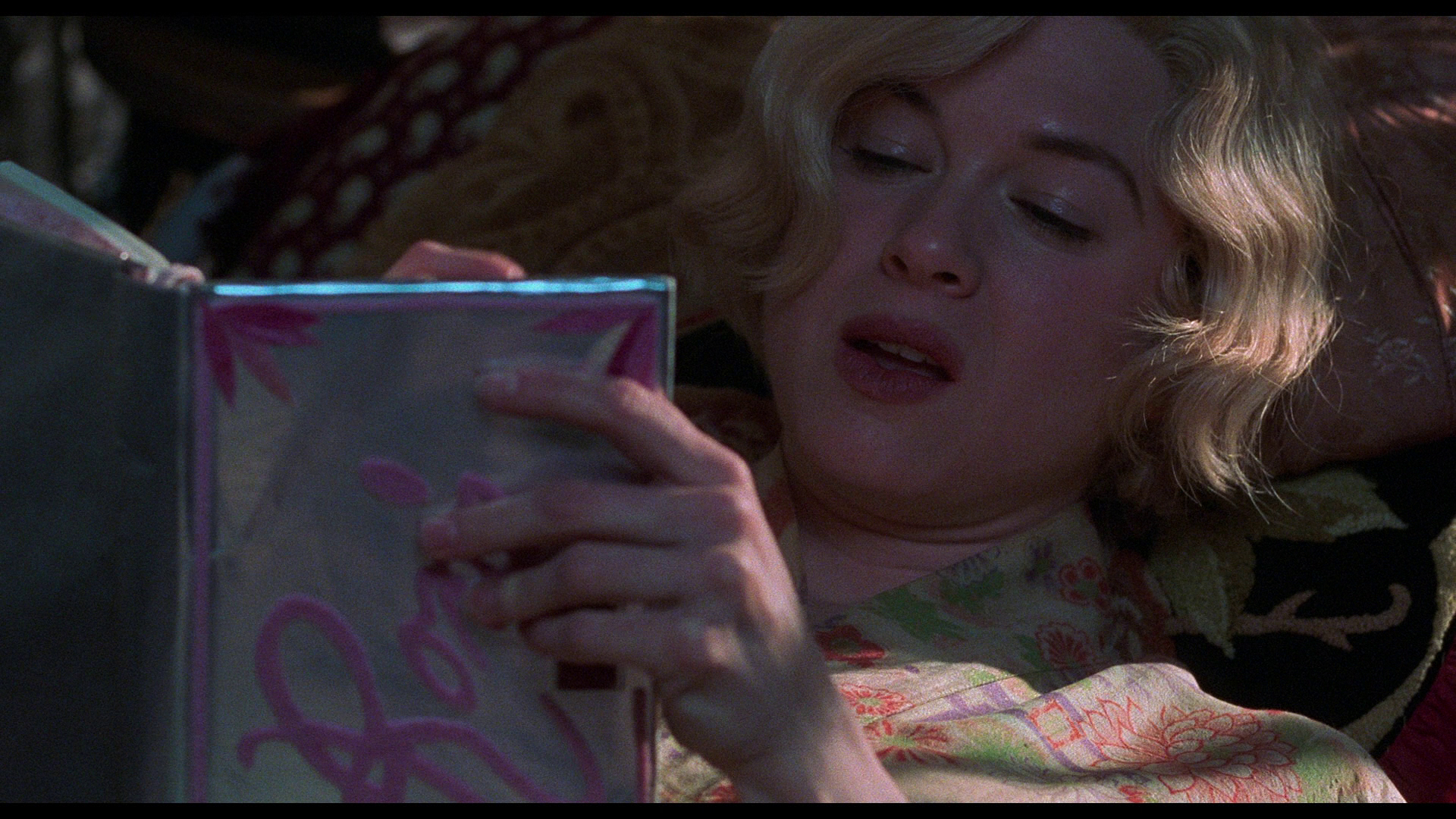 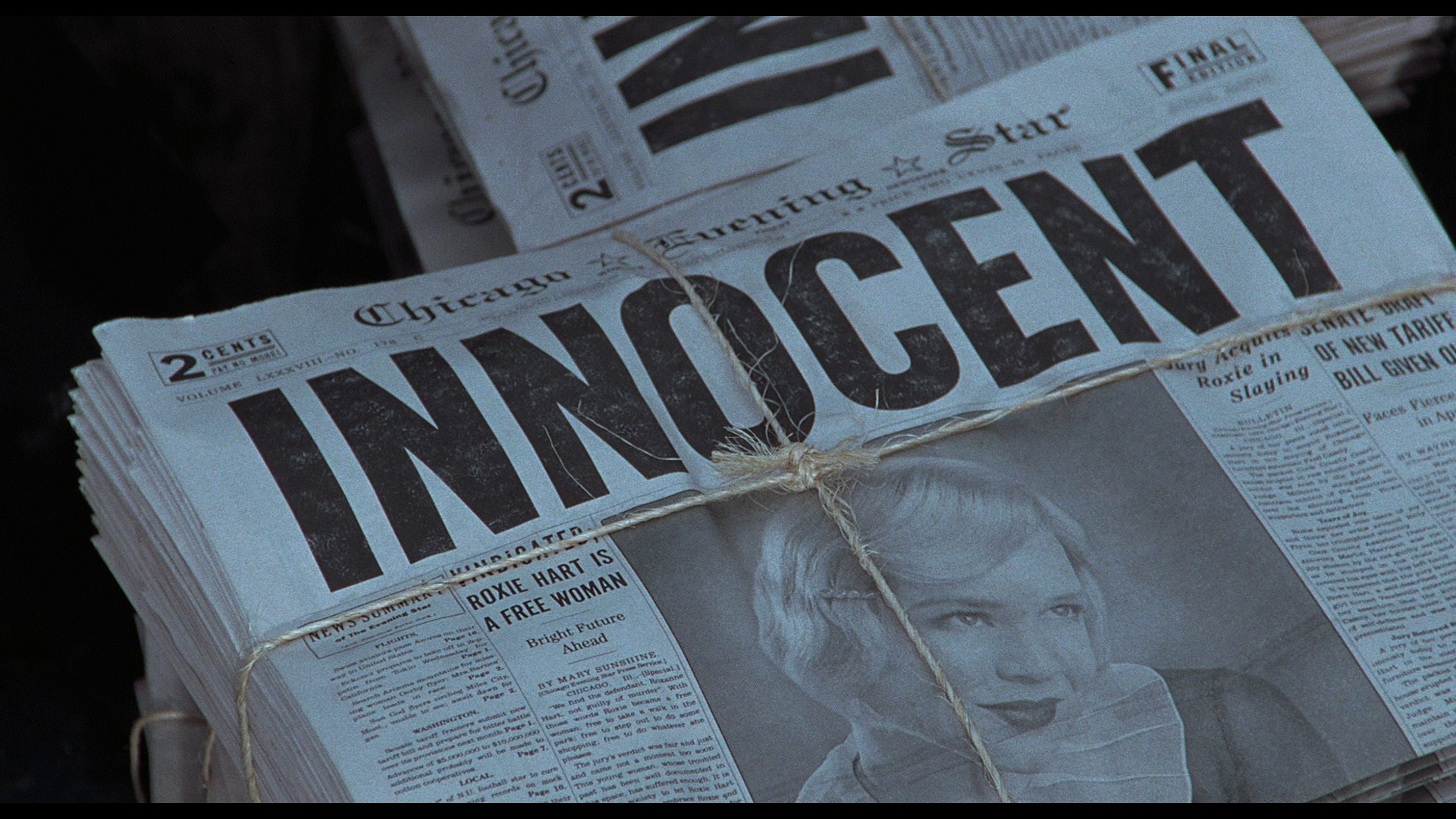 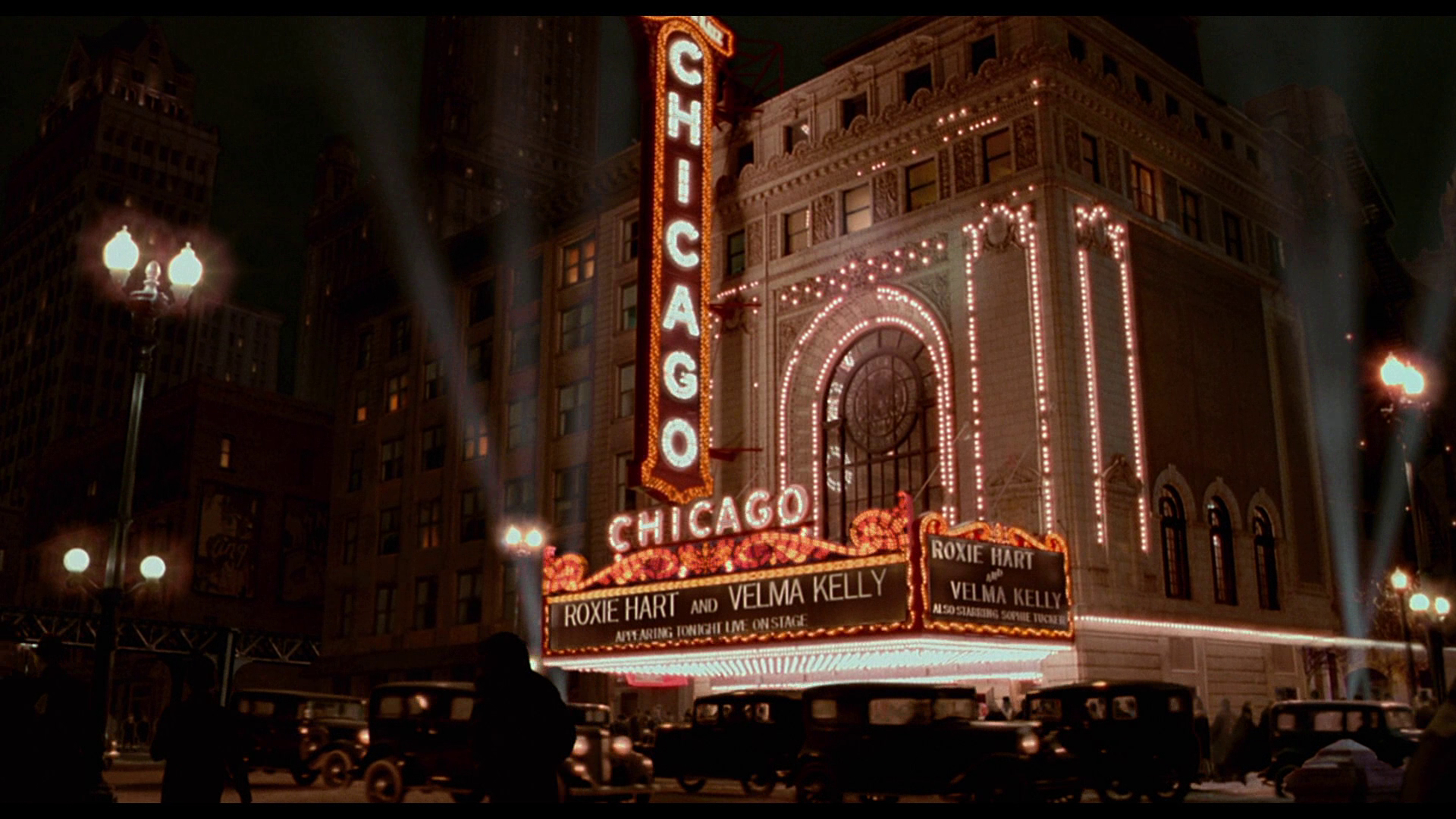