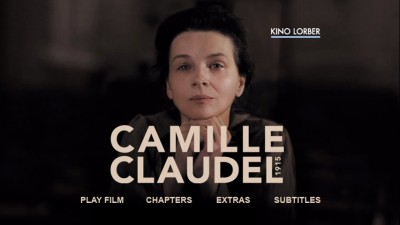 Camille Claudel was a French sculptor from the late 19th and early 20th Centuries. She has been portrayed on film before, most notably in a popular 1988 film starring Isabelle Adjani. Where Bruno Nuytten's biopic, simply titled Camille Claudel, concerned itself with Claudel's long relationship with Auguste Rodin, this new effort by another Bruno, director Bruno Dumont (Twentynine Palms), chooses a few days in her life twenty years after she and her famous lover had split.

Camille Claudel 1915 finds the artist, played this time around by the marvelous Juliette Binoche (Blue, Flight of the Red Balloon), exiled to an asylum in the countryside. In the time since she left Rodin, she had increasingly sequestered herself, succumbing to delusions and paranoia. Dumont constructs his film from Claudel's medical records and her letters with her brother Paul (Jean-Luc Vincent), zeroing in on a trio of days at the institution. The first two are Camille waiting for a promised visit by Paul; the last day is Paul's visit, when we learn that he is a deeply religious person who masks his failure to be accepted into seminary with a strident self-righteousness. What he presents as compassion and kindness for his sister could also be seen as cruelty.

Except she also has real problems. The tightrope Dumont attempts to walk here is between the perception and reality of mental illness. Between how Camille sees herself and how others see her. It tugs at our sympathies and our allegiances. There is an immediate discernible difference between Camille and the other patients at the asylum, which is run by nuns and priests rather than doctors. The patients are hunched, inarticulate, possessed of a certain childishness, most with bad teeth; and Juliette Binoche is, well, Juliette Binoche. She is tall, beautiful, and above all, able to express herself. She can go to the head priest and make a case for herself and why she does not know why she is there. She can also undermine that with her insistence that Rodin is having her poisoned, rich men are stealing her art, and the frequent crying jags that cripple her.

Binoche is, unsurprisingly, spectacular. Much of Camille Claudel 1915 is dialogue free. With few people to talk to, Camille can only listen, react, and feel. Binoche can command any camera to watch her with just her face. She is in her element here. Dumont also casts the rest of the parts well. I am unaware of the backgrounds of the supporting players, but they portray the mentally ill with convincing empathy. It sometimes borders on the grotesque, as if the filmmaker is stacking the deck, but this is also likely historically accurate.

The only question is: what's it all for? Very little happens in the short span of time. Camille Claudel 1915 is literally just three days in the life of a famous woman with mental problems, and outside of a surprising knife twist at the end, not even a very remarkable three days. If Dumont's goal was to show us the harsh conditions of mental health facilities one hundred years ago and communicate the despair of a one unhealthy woman then...yay? Success? One can extrapolate that he is attempting to shed light on modern society's current treatment of the mentally ill, suggesting that we similarly shun people with mental problems and lock them away rather than deal with their unique issues, and if so, then okay, I get it. Camille Claudel 1915 is, in that light, a quiet, sparse portrayal of a very challenging scenario. But many, including this reviewer, might feel that explanation is a stretch. Camille Claudel 1915 ends up feeling like sadness just for the sake of it. Dumont is too removed, too intent on saying nothing and only showing, and it means his film ends up feeling as cold and isolated as...well, damn, I guess as Camille Claudel herself. Again, yay...?

Video:
The widescreen transfer for Camille Claudel 1915 is nicely done. Colors look natural, and resolution is sharp. The aspect ratio is 2.35:1, and has excellent detail.

Sound:
The French-language soundtrack is mixed in 2.0. A lot of the movie is quiet, and it's important to note that the silence is as well rendered as the dialogue. The moments of just ambient sound come across as natural, with no hiss or distracting noise.

There are optional French subtitles.

Extras:
None, except for a stills gallery and some trailers, including Camille Claudel 1915.

FINAL THOUGHTS:
Rent It. Camille Claudel 1915 is a whittled-down look at the tragic later life (or mid-life, as it were) of the famous French sculptor. In this go-around, she's played by Juliette Binoche, who is predictably great, even if the movie is anything but. Camille Claudel 1915 is an interesting film, but with all the trepidation that implies. Claude Dumont's dramatization of the artist's confinement to a remote asylum is stark, realistic, and even devastating, but it does little to communicate any greater intent. It's sadness for the sole purpose of being sad, and not nearly as insightful as it maybe fancies itself--or assumes we'll believe it--to be. 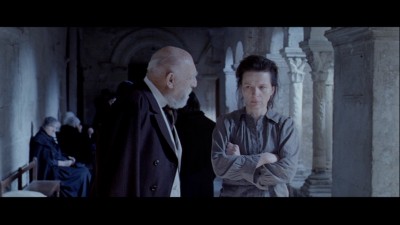