Although the calendar might have already flipped to the 1970s, culture was still pretty much still in the spirit of the late 60s before giving way to the excesses of corporate rock and disco that were to come later in the decade. On the heels of the legendary 1969 Woodstock music festival, promoter Ken Walker had an idea for a festival further north in Canada. He chartered a train from Canadian National Railways which would bring the bands to the fans at several shows across the country, rather than having all the country's fans travel to one location as with Woodstock. Riding on the train were the Grateful Dead, The Band, Janis Joplin (just a few months before her death) and Buddy Guy, and the trip was as much an experience for them as the shows they stopped at to play (where they were joined by other acts who got there through other means.) Walker wanted the entire experience to be a party for the talent, so on the train he had spaces for them to set up and play their music while traveling as well as access to food, booze and drugs. The feature film which comprises this Blu-Ray was almost an afterthought, as filmmakers were hired to document the tour quite shortly before it began, and while it was intended to be released to theaters soon afterwards as Woodstock was, the not-quite sensational outcome of the festival as well as a number of legal and creative disagreements delayed the movie until 2003, when it was finally put together from about 150 cans of film that had been sitting in a lawyer's garage for many years. By that time, the producers gathered Walker and some of the music talent to film some spoken recollections to be included, shot against a black curtain. After a brief theatrical release, Festival Express was released on DVD by New Line but did not stay in print for very long. Now Shout Factory has released it on Blu-Ray with a new high definition transfer and most of the bonus material that appeared on the DVD. 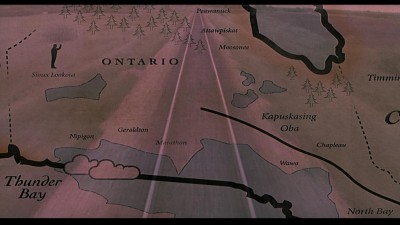 The movie itself plays as a condensed account of the entire affair with the occasional more recent comments from those who were there. We see the train arrive at its first stop in Toronto on June 27th, when a problem occurs: about 2500 young fans took issue with the "outrageous" $14 admission price and gathered outside the venue to protest, with some of them attempting to get in for free and others attacking police. (I'd certainly like to hear their thoughts on current concert prices!) The Grateful Dead ended up playing a separate show for free in a nearby park, but negative word-of-mouth had gotten around fast even before the internet existed and cast a cloud over the rest of the tour. Still, the general mood was upbeat and the musicians are seen jamming and having a lot of fun on the 2-day trip to the next stop in Winnipeg on July 1st. After this the train heads to its final stop in Calgary on July 4th, but not before making an "emergency stop" in Saskatoon to buy out a liquor store's inventory after the supply on board runs out. 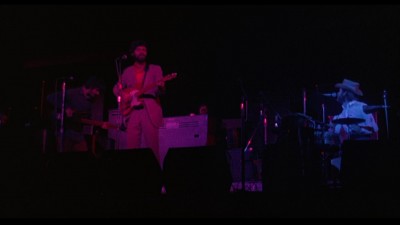 While the movie doesn't include every single performance, the songs it does include are presented from start to finish with no interruptions. The included performances are:

Grateful Dead: Don't Ease Me In

Mashmakhan: Comin' Home Baby (with some footage outside the venue during the beginning)

Buddy Guy: Money (That's What I Want) (with a few creative liberties taken)

The Flying Burrito Brothers: Lazy Day The Band: The Weight Janis Joplin: Cry Baby Sha-Na-Na: Rock And Roll is Here To Stay Grateful Dead: New Speedway Boogie Ian & Sylvia and the Great Speckled Bird with Jerry Garcia and Delaney Bramlett: C. C. Rider The Band: I Shall Be Released Janis Joplin: Tell Mama Some songs include split-screen effects are used to show both the performers onstage and the audience at the same time, while others such as Joplin's "Cry Baby" focus solely on one performer. There were a few notable performers including Traffic, the Ides of March and Ten Years After who also performed on this tour but for legal reasons don't appear here. 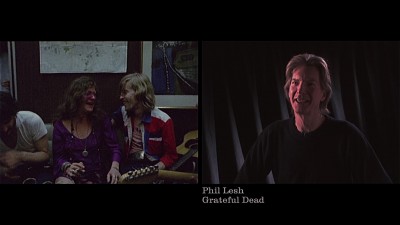 The movie is presented at a 1.85 ratio, originally shot on 16mm film. Notes from the previous release state that an effort was made to keep the footage looking as it was originally shot and avoiding excessive clean-up, but the picture is still relatively free of dirt and scratches with film grain left intact. Even the performances at night with minimal lighting are clear for the most part, which I can't say about every concert film I've seen. 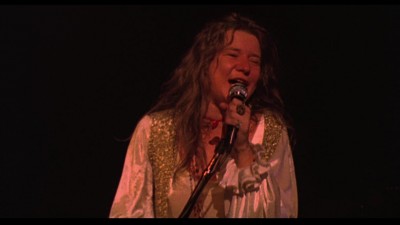 Audio is in 5.1 DTS-HD Master Audio with a 2-channel mix in the same format. Overall sound quality is good considering the age and recording conditions but obviously won't match that of most recent concert discs. I found the fidelity to be a bit flat, and portions of the audience get a bit too talkative during some songs, but it worked well with the picture and general atmosphere. The rear channels are primarily filled with crowd noise and some echoes from the music.

The main feature (only) includes hearing-impaired subtitles which include the song lyrics, although some portions stay onscreen for less than a second. 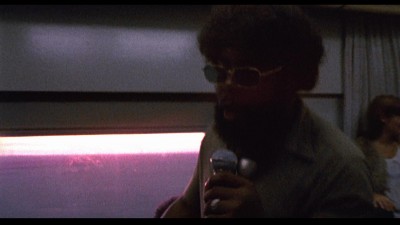 All extras are in 16x9 standard definition. The most significant is a set of ten "bonus performances" that weren't included in the movie release, with more black-curtain comments in between:

"Derailed: The Making of Festival Express" mostly discusses how the unused film footage was found and put together decades later. This is followed by 20 minutes of "Additional Interviews" with Ken Walker, Eric Andersen and Bob Weir, with sound slightly out of sync in this segment, and the theatrical trailer. While a feature called "Train Hopping" states that you can "watch the songs from the film, uninterrupted," it actually only serves a way other than the chapters menu to skip to favorite songs and continue the movie from there, rather than playing them all while automatically skipping the portions in between. The menu on this disc is a bit glitchy also- the arrow buttons often produced a delayed response, where I thought I hadn't properly aimed my remote at the player but it played catch-up a few seconds later. 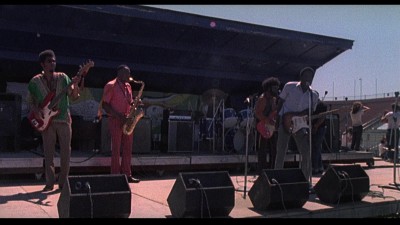 Festival Express is one of those efforts that might leave you wanting more, but under the circumstances still thankful for what was included. While the festival itself might not have been the next Woodstock, those involved still have fond memories of it and this disc is essential viewing for fans of that period's music.